Things they did before their 40th birthday: start a successful tech company or inherit the family fortune.

When Forbes announced their annual list of 400 richest Americans, few could have predicted that a substantial portion would still be considered millennials. Although these young’uns are a rarified faction, comprising just 3.5% of the larger list, don’t let their callow appearances fool you. Together, they’re worth a combined $113.7 billion.

Judging by those who cracked the top 400 this year, it seems the best way to catapult yourself to the ranks of America’s wealthiest is to build a successful tech company or inherit the family fortune. As it goes, nine of the 14 people under 40 we’re about to list are tech visionaries; the rest are heirs who had a hefty start.

The youngest member, for the second year in a row now, is 26-year-old Snapchat founder and CEO Evan Spiegel, whose net worth amounts to $2.1 billion. Leading the pack, of course, is Mark Zuckerberg with $55.5 billion. Rather than list these folks by ascending net worth, though, we’ve decided to rank them here by age, as a reminder not to rest on our laurels.

About The Author
Tiff Conde
View Other Articles From Tiff
Get The Latest Updates From Esquire!
Subscribe to our newsletter!
Comments
Latest Feed
Load More Articles
Esquire Money 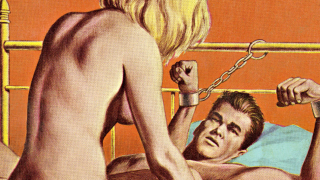 Study Reveals The Obvious: Happiness Depends on Love, Not Money
All Photos
Comments
View As List