From the Twin Towers to the Batu Caves, a trip to Malaysia is both majestic and magical. 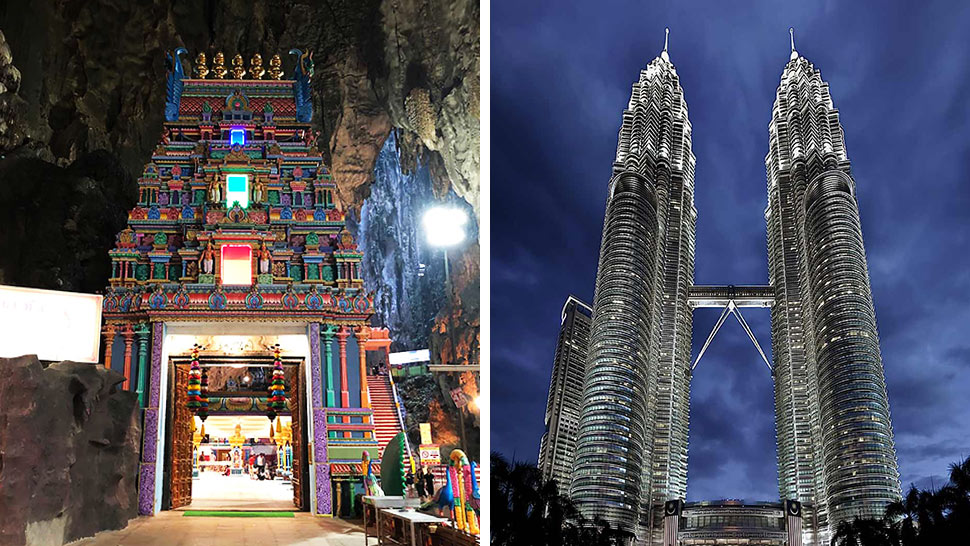 Let’s be honest: Malaysia comes maybe a distant third or even fourth on your list of Southeast Asian countries to visit when the season of seat sales comes along. I don’t blame you. You’re probably thinking, “What’s there to see aside from the Petronas Twin Towers?”

Aside from that modern marvel, and perhaps the Sepang International Circuit for car and racing geeks, Malaysia has spectacular natural wonders to offer the first-time visitor, not to mention a host of delectable culinary delights that are influenced by its highly diverse cultures. Here's a travel guide to Malaysia for first-time visitors:

On a recent trip there, our tour guide Sam started the day by telling us that before the Petronas Twin Towers (PTT) were completed in 1996, people didn’t know where Malaysia was. Those who asked him got this answer, “Do you know Thailand? Do you know Singapore? Malaysia is right in between.”

Being the building that put Malaysia on the map, it was naturally the first stop of the day. Located in Jalan Ampang, Kuala Lumpur (KL), it was literally the tallest building in the world from 1998 to 2004.

Despite eventually being overtaken by Taipei 101 in Taiwan, and then later by the Burj Al-Arab in Dubai, the Twin Towers are still a sight to behold and can easily be seen even from nearby cities, which makes it a great landmark for tourists driving back to KL.

It wasn’t as crowded on the ground when we got there at 9 a.m. but it never gets empty according to Sam. There are always people taking photos and selfies day and night.

Thirty minutes are more than enough if all you want are pictures. Set aside a good one-and-a-half to two hours if you want to get up to the Sky Bridge, which was made famous by Sean Connery and Catherine Zeta-Jones in the movie Entrapment. The towers have also been featured on several other TV shows and movies, including Independence Day: Resurgence.

Next on the agenda was a visit to one of Malaysia’s best-kept secrets, local chocolate boutique Harriston. Anything and everything chocolate is right here, including flavors you’ve never seen, tried or those that haven’t even crossed your mind. Think curry, durian, ginger, and, well, you get the picture.

They even have chocolate with the ginseng tongkat ali, which is said to boost libido and vitality. It’s made for women, too, but I hoarded the entire day’s stock.

Sam kept saying Harriston is one of the world’s best but, being a chocolate lover, I was skeptical. It didn’t take long for me to change my mind. After a few free tastes, I grabbed a basket, picked the ones I liked and made a beeline for the cashier.

When in Malaysia, buy your chocolate here instead of the duty-free shops. It’s local and has that velvety and chocolatey taste you get from the best chocolatiers in the world.

If you’re looking for majestic, there is no better place than the King’s Palace, locally known as Istana Negara. It’s a sprawling property of some 97 hectares with white structures supporting 22 golden domes. Greeting arriving guests is an imposing arch hovering over a black gate with gold trim and Malaysia’s coat of arms. Guarding it is one standing soldier and two horsemen, all of whom are replaced every hour.

From royalty to some history, the best place to find out about Malaysia's past, present and future is by taking a trip to the Kuala Lumpur City Gallery located in Merdeka Square (Independence Square), which is another tourist destination.

It was a little before noon when we got there and people were lined up by the door. We soon found out they weren’t lining up to get in, but for a photo op with the big red sign that says I♥KL.

We skipped that and went straight into the gallery. Past the gift shop (which should have been the last stop) and up to the 2nd floor are cute little dioramas, miniaturized Dataran Merdeka and Chinatown, and murals that tell the story of old Kuala Lumpur. A highlight of the show is Spectacular City Model Show.

Before stepping out, make sure to taste the Durian Cake, which is said to be the best in the country.

We hit the long road after lunch to the highlight of the tour, Batu Caves in Gombak, Selangor, which is about an hour away from the city. It’s a definite must-see for any first-time visitor to Malaysia. Here is where you also get the most authentic teh tarik or hot milk tea.

You’ll know you’re there once you see the gigantic and golden Lord Murugan statue that measures 140 feet in height. That makes it the tallest Hindi statue in Malaysia.

Behind Murugan is the colored steps, all 272 of them. The stairs used to be narrow and plain but were widened several years ago to accommodate the increasing number of visitors.

Pigeons and long-tailed macaques abound, but don’t worry, the monkeys aren’t naughty. Tourists were feeding them and weren’t told off. You’ll only hear from security if you’re wearing extra short shorts when you climb the steps to the temple above. You’ll need to rent a malong because bare legs have a tendency to distract the praying faithful.

The cave is massive and contains a few small temples and Hindu deities on shrines. Its limestone walls are impressively tall and grandiose, like a hall made by Mother Nature herself. If climbing was a challenge, the hard part was going down as the steps were small and a slip will send you rolling down from an elevation of 328 feet.

From a combination of modern structural marvels like the PTT and religious sites like Baku Caves, to teh tarik and mouthwatering chocolate from Harriston, Malaysia offers an experience uniquely its own. For any first-time visitor, or indeed, the next time you find yourself with a few days off and seat sale away from a trip, these Malaysian destinations will all but guarantee a majestic and magical vacation. 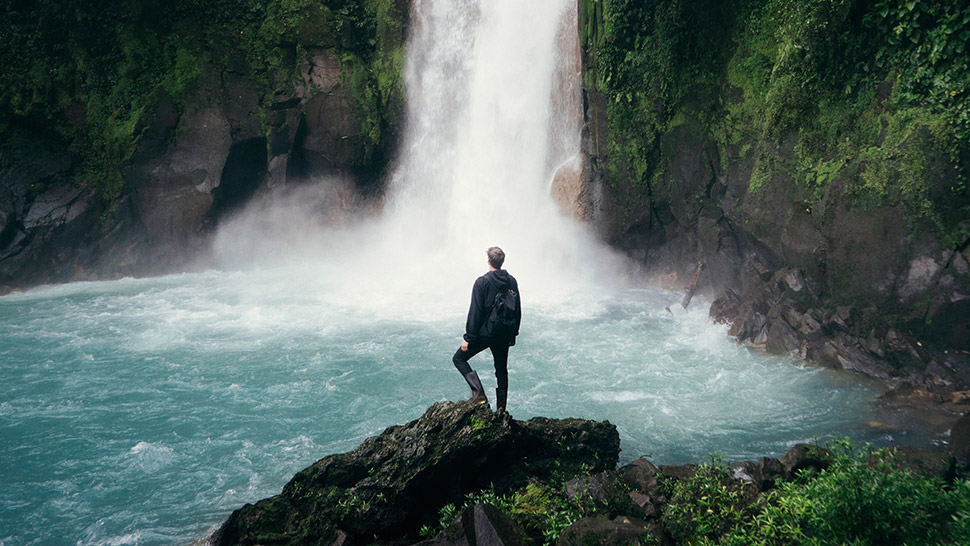