The 16 Creepiest Places To Visit On Earth

We triple dare you. 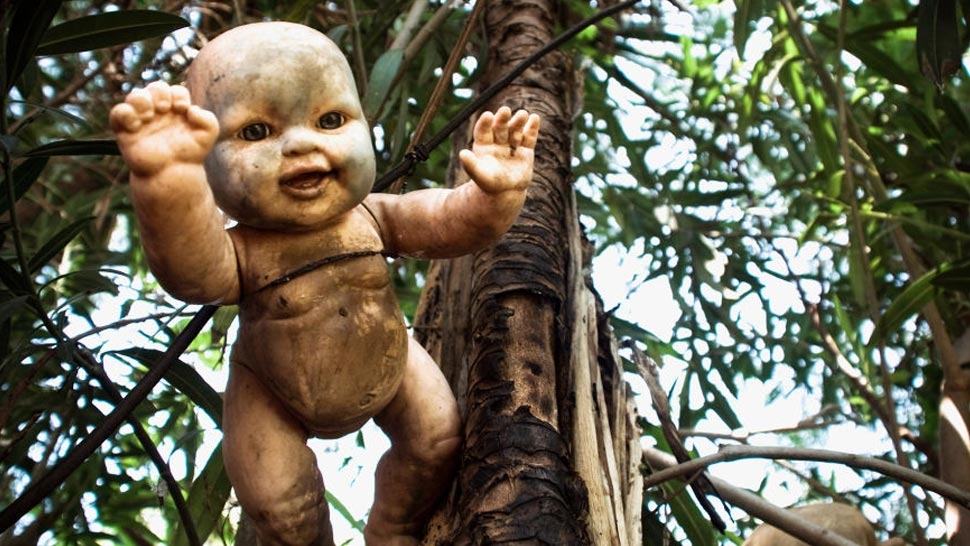 Since the early 1960s, the Overtoun Bridge has been a place where not only humans commit suicide, but dogs do, too. Anywhere from 10-15 dogs per year will jump to their death. There are many theories as to why this happens, because dogs aren't known to perform an act with the intent to die. The main theory is that the area's native minks create a strong scent that lures the dogs over the edge. 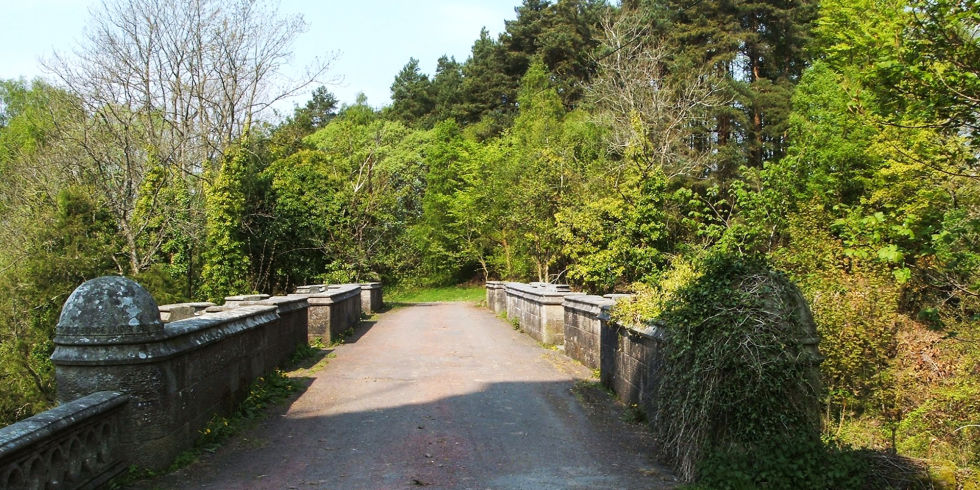 In the middle of the Karakum Desert lives a crater that has been burning for more than 40 years. While searching for oil in 1971, Soviet scientists hit a methane reserve by mistake and caused the drilling platform to collapse. The crater that was formed released gas in the air that scientists decided to light to burn off the methane—and, yes, it's still on fire. 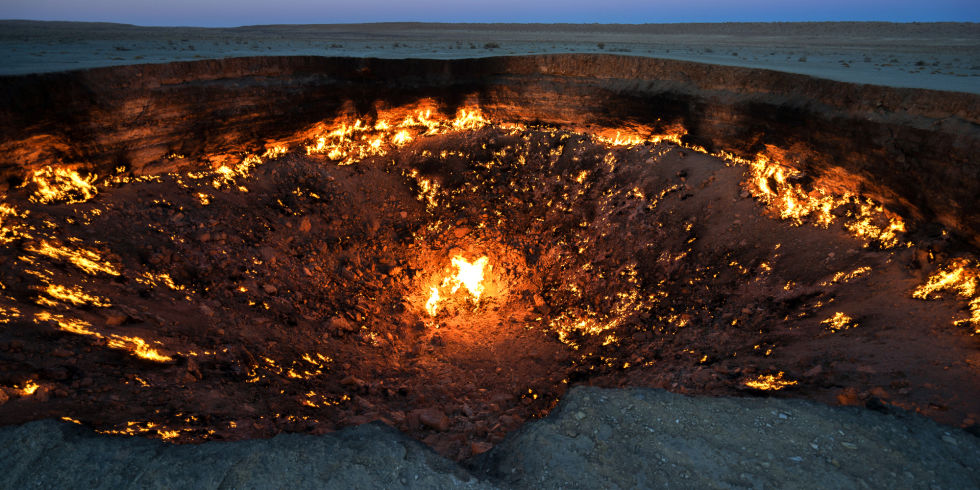 Along the canals in Xochimilco, south of Mexico City, are multiple chinampas(artificial islands). One of them is covered in discarded doll parts. According to legend, Don Julian Santana Barrera—the caretaker of the island—discovered a little girl drowned in one of the island's canals before he had a chance to save her. To pay his respects, Julian hung the doll that was floating behind the girl in one of the trees. Believed to be haunted by the girl's spirit, he continuously hung them over 50 years until he was found dead in the same spot as the drowned girl. Decapitated doll heads and severed plastic arms and body parts hanging from the trees make the island a disturbing sight for anyone who encounters it. 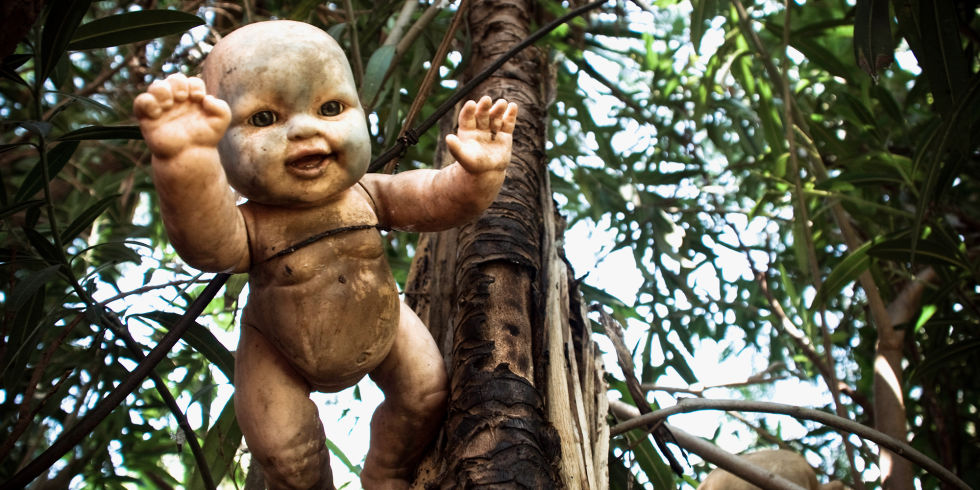 Founded in 1970 and proclaimed a city nine years later, the town of Pripyat in northern Ukraine was evacuated the day after the Chernobyl disaster. The nuclear accident happened in 1986 during a safety test where there was a steam explosion and an open-air graphite fire. What was once home to 50,000 residents was left abandoned for two decades. Now, tourists are allowed to visit the city due to the low risk of radiation. 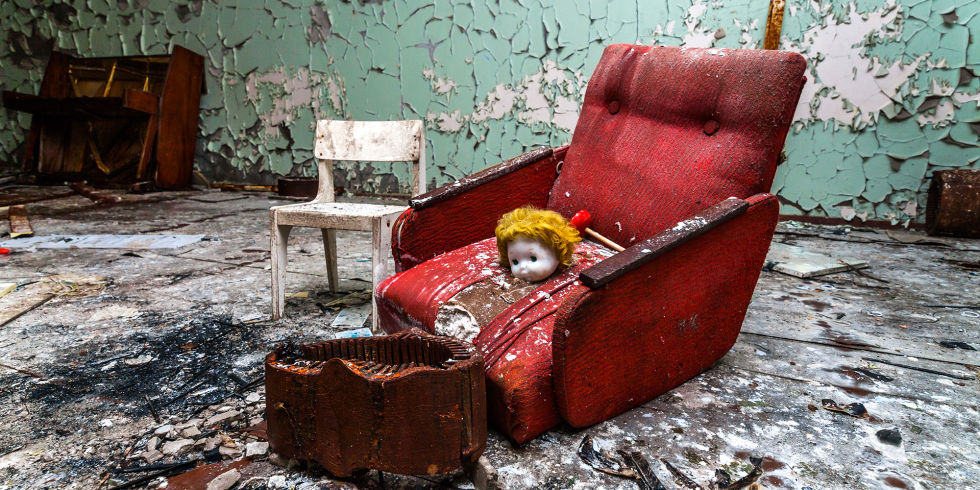 Also known as "Suicide Forest," Aokigahara Forest has decomposing human remains scattered throughout from the people who have taken their own lives over the years. In fact, there are abandoned tents around the area because people typically camp out for a few days before committing suicide. People are actually hired to go look and report back when they find new bodies. 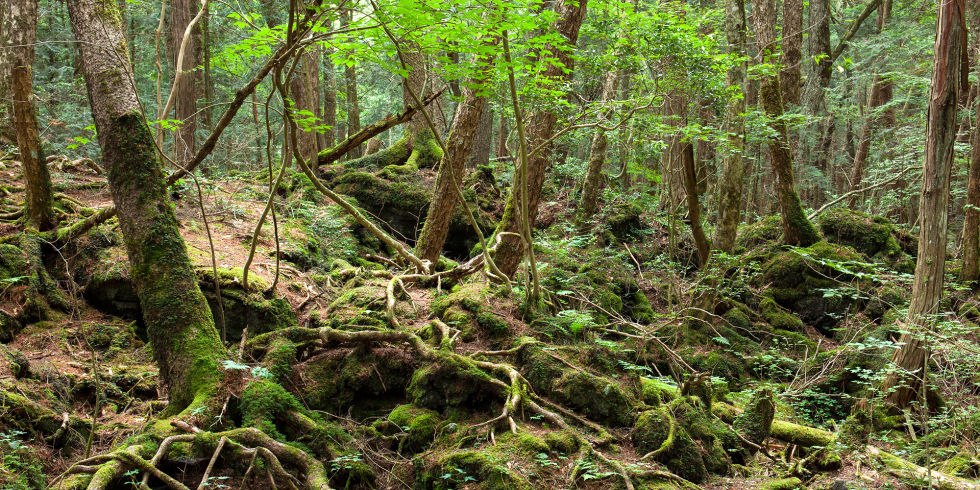 If small play dolls don't frighten you, maybe human-sized dolls will. If that's the case, steer clear of Nagoro. The town's human population is outnumbered by human-sized dolls. Each doll was made by local resident Tsukimi Ayano to represent someone who passed or moved away from the village. They're all scattered throughout town in different locations and positions. 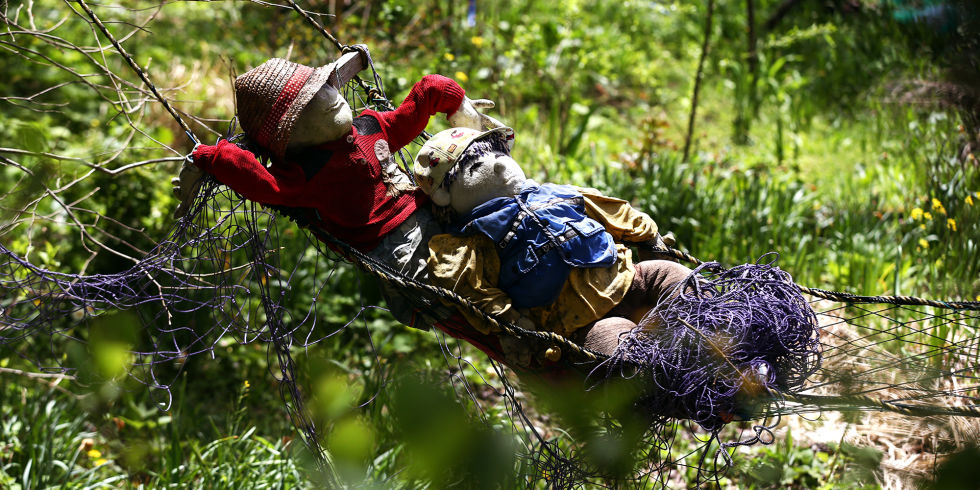 Filled with at least five golden lancehead vipers per square meter, Snake Island has forced these venomous creatures to become more deadly than they were 11,000 years ago when the island separated from the mainland of Brazil. As their population has grown on the island, so has the potency of their venom. 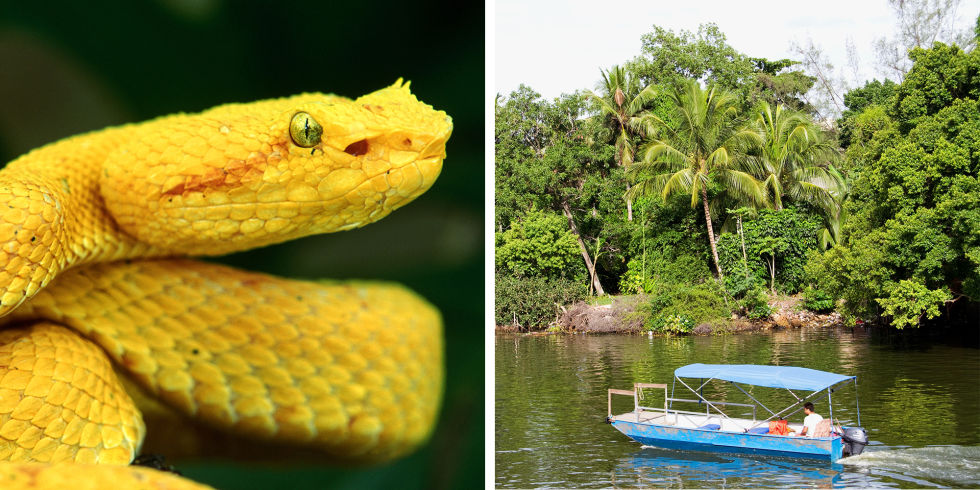 The Body Farm is a year-round research facility at the University of Tennessee that has hundreds of bodies dispersed throughout. The bodies are donated from states all over the U.S. to reenact murder scenarios for research. Unfortunately, there are no public tours of the Body Farm, but it's scary enough knowing a place like this exists. 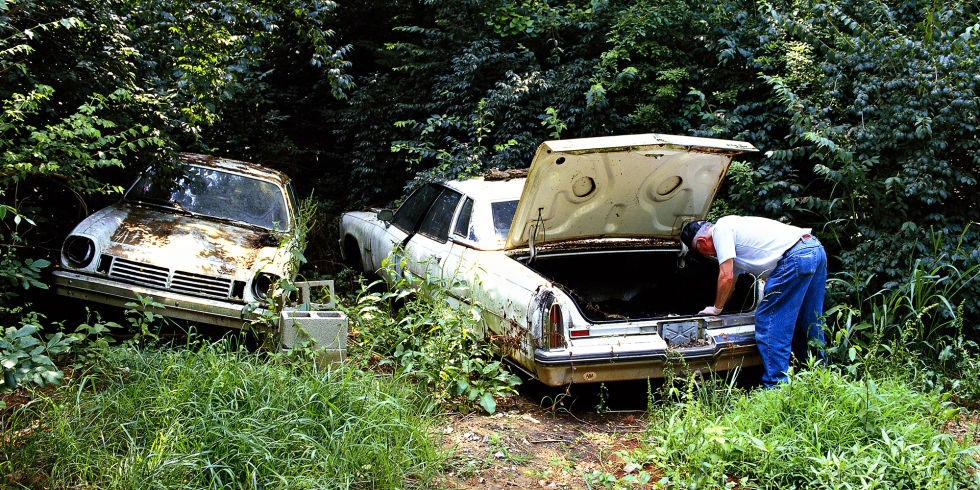 This cemetery got its nickname as "one of the seven gates to Hell" because an article in the student newspaper of the University of Kansas in 1974 claimed that the devil himself appeared there two times a year—on Halloween and at the spring equinox. Today, visitors roam the cemetery during those two days looking for signs of the paranormal. 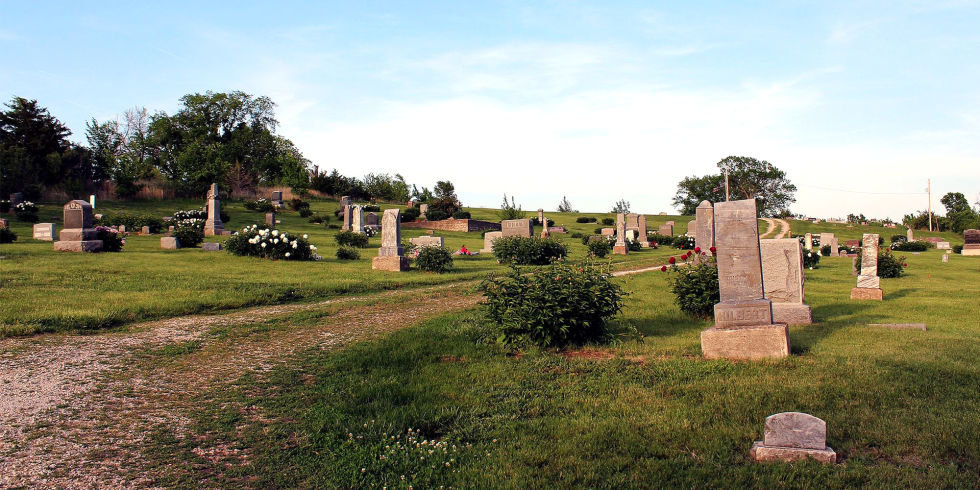 You'll feel like a participant on Fear Factor here. The Gomantong Caves can reach up to 300 feet high. They're pretty spectacular…via photos. More than two million bats live in the caves, which leaves the ground, where visitors walk, covered in bat droppings (aka guano). The guano attracts Malaysian cockroaches that'll have no problem crawling up your leg as you walk through. If that doesn't bother you, then maybe the caves' rats, crabs, and scutigera centipedes will? 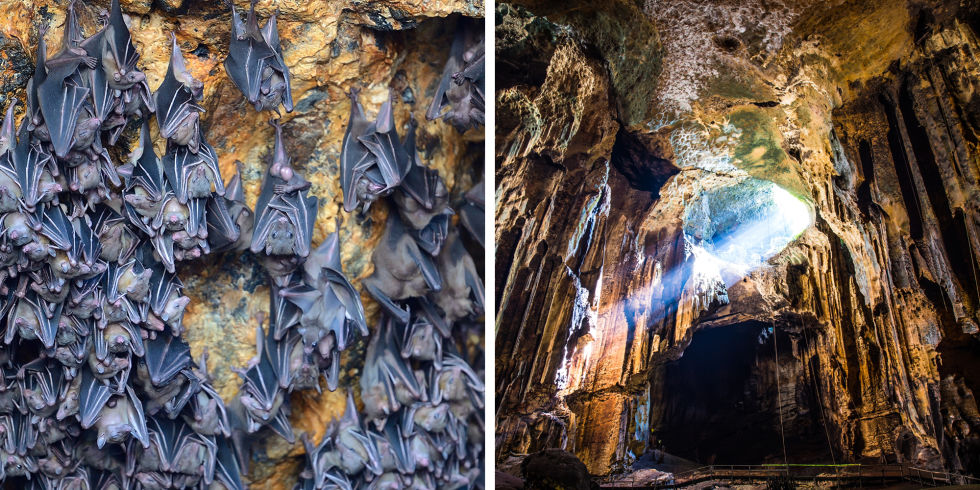 Over 20,000 rats roam this tourist destination—black rats to be specific. The local worshipers call them "little children" and feed them grains, milk, and sweets they've prepared themselves. When the rats come and eat, the locals believe it to be good fortune. Sometimes the locals will even munch on the rodents' leftovers. (Hard pass!) 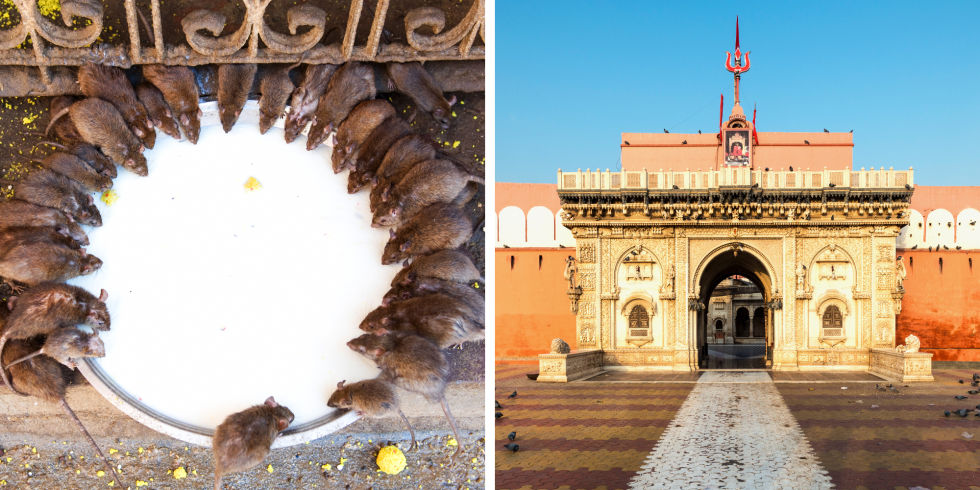 Sarah Winchester, heiress to her father-in-law's gun empire, Winchester Repeating Arms, was said to be haunted by the ghosts killed from the family's firearms. A medium told her that if she built nonstop according to the spirits' instructions, the hauntings would end. She built the Winchester Mystery House with 16 carpenters who worked 24 hours a day and were paid three times the average wage. Sarah would constantly have them build, demolish, and then rebuild different staircases and rooms each day until the house ended up becoming a giant maze. The house has 160 rooms, 40 bedrooms, 10,000 windows, and two basements. 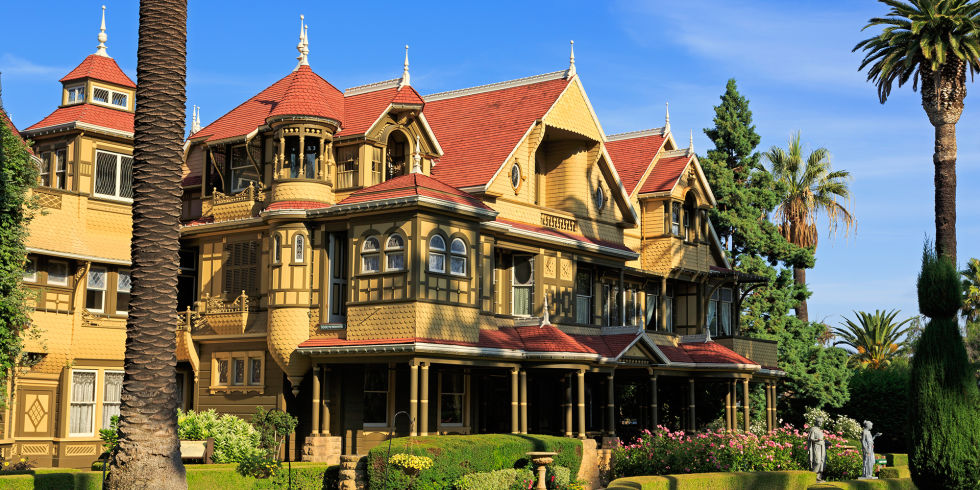 Formerly known as El Camino de la Muerte, the winding road stretches just over 37 miles long. Built by Paraguayan prisoners in the 1930s, the path runs from the Bolivian capital of La Paz to the town of Corioco. What make it so haunting is that it's only 10 feet wide with no guard rails, and it still travels in both directions. Thousands of people have died either falling or driving off the 2,000-foot drop. 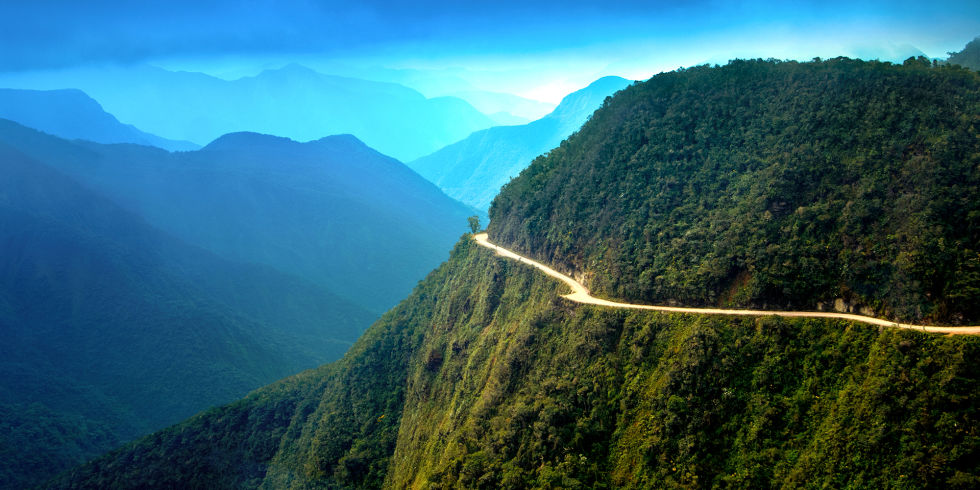 The number of twins in the small city of Cândido Godói is remarkably high. After extensive research, a group of scientists ruled out the myth that it was caused by the Nazi physician known as the "Angel of Death," Josef Mengele. He traveled from Germany to Brazil and posed as a veterinarian in the 1960s, but he secretly experimented on twins. They believe the overgrowth of twins is due to incest. The village has a twin rate that's about 1,000% higher than the global average. 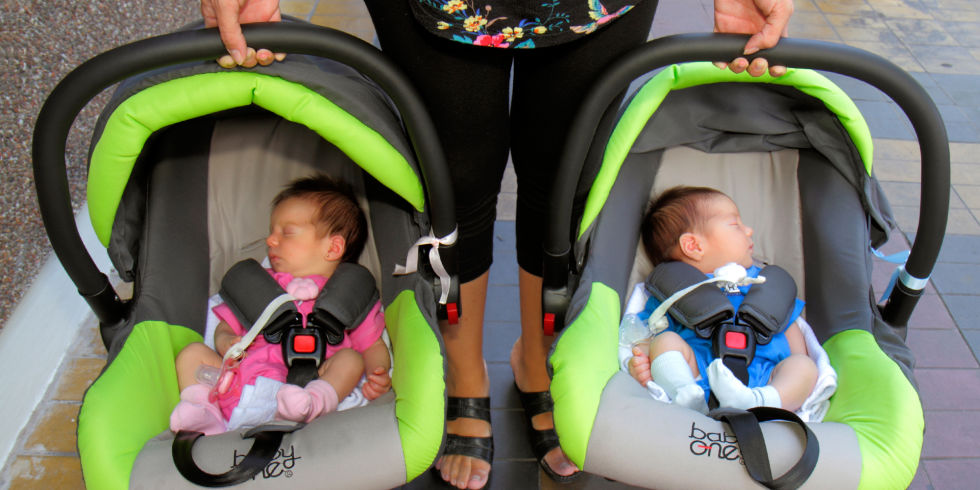 To deal with the overpopulation of bodies in the graveyards throughout Paris in the 17th century, skeletons were placed in the 13th century-old tunnels under the city. It took 12 years to get all the bones five stories below street level. More than six million people are buried in the catacombs along the more than 200 miles' worth of tunnels. Visitors can explore about a mile of the catacombs and see the skull-lined walls. 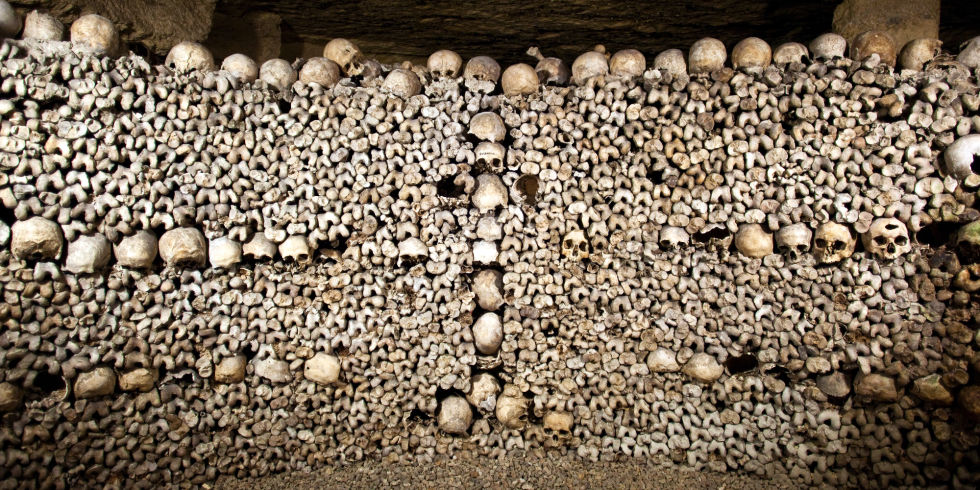 The Alcatraz prison—located on Alcatraz Island in San Francisco Bay— can be described as eerie to say the least. The abandoned penitentiary opened in 1934, and it closed nearly 30 years later. What makes the abandoned prison so creepy are all the stories regarding the inmates. Stealing the guards' weapons to escape or being attacked by "something" in a cell and left to die are just a few accounts of the things that have happened there. One of the more famous stories is about bank robbers John and Clarence Anglin and Frank Morris, who plotted escapes, but whose bodies were never found. 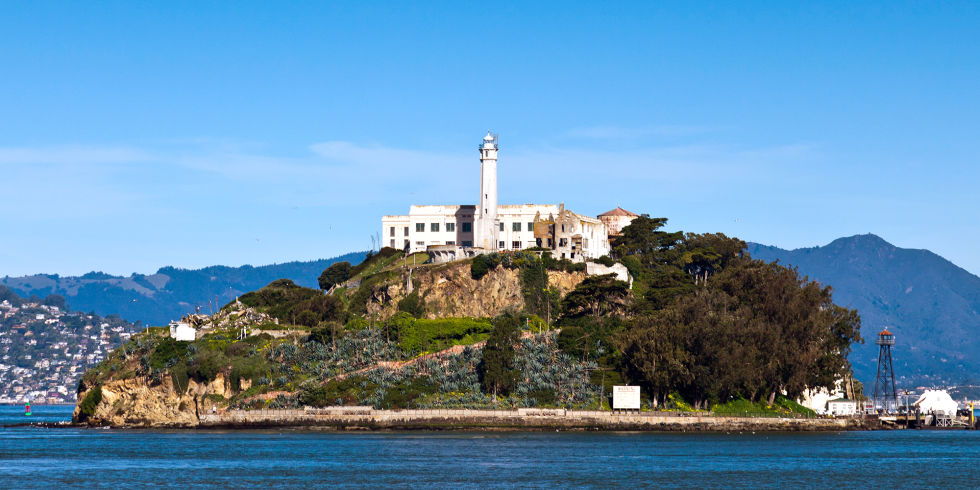 About The Author
Brian Murray Jr.
View Other Articles From Brian
Get The Latest Updates From Esquire!
Subscribe to our newsletter!
Latest Feed
Load More Articles
Esquire Money 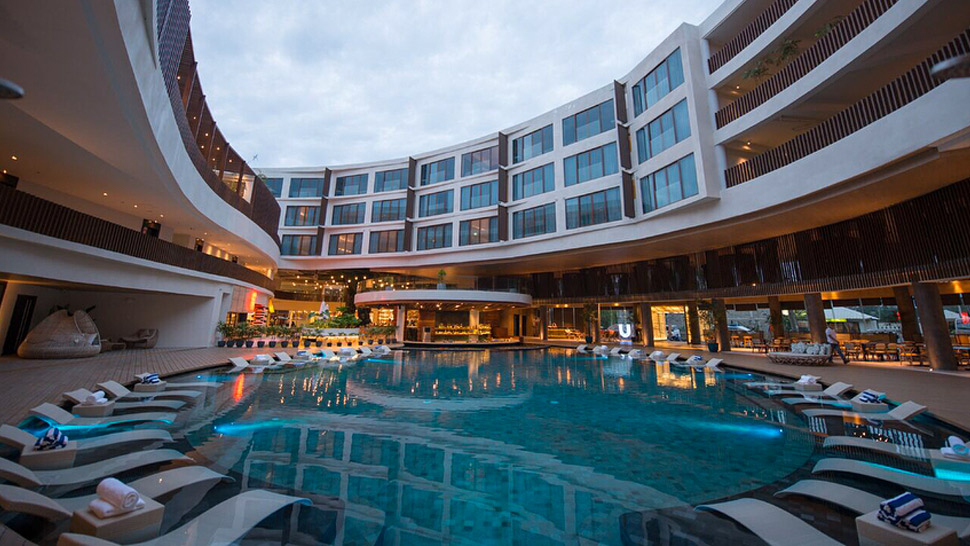 Hue Hotel Could Be The First of the Boracay 2.0 Wave 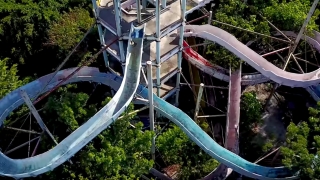