The woman who helped kick off a social revolution talks about finding the courage to speak up and why taking on the patriarchy is good for all of us. 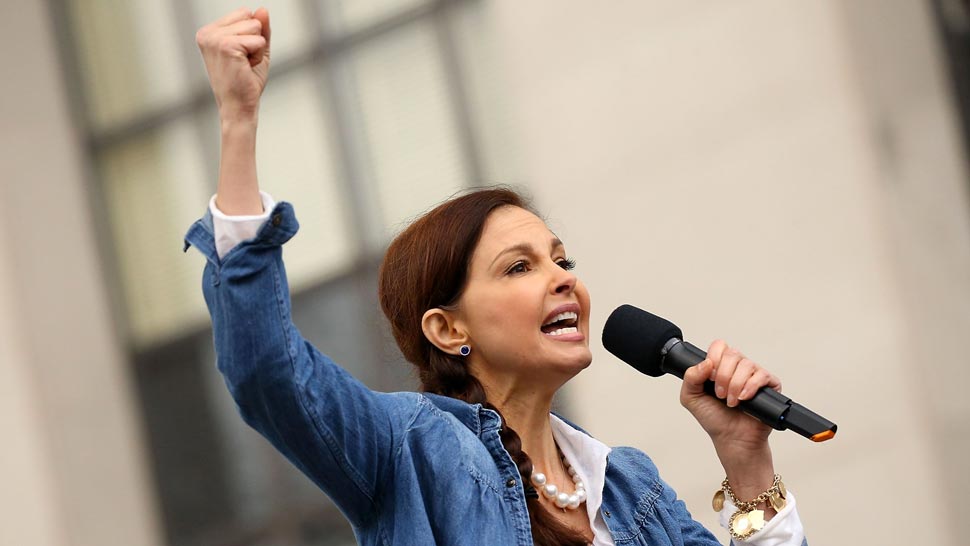 Ashley Judd is an actor known for her roles in movies like Divergent and Kiss the Girls as well as the TV series Missing (for which she received an Emmy nod). She’s also a passionate humanitarian and political activist who has worked extensively to fight poverty and promote public health everywhere from Cambodia to Rwanda. In the past decade, she has earned a bachelor’s degree in French at the University of Kentucky and a master’s of public administration at Harvard, and she’s working on a doctorate in public policy at UC Berkeley. In 2015, she disclosed that she had been sexually harassed by a movie mogul, and this past October she identified him as Harvey Weinstein, helping to give rise to an outpouring of accounts from women speaking out about sexual harassment at the hands of influential men.

Adam Grant: Did you know you were going to fuel this massive social-justice movement?

Ashley Judd: What a question. I knew that God was taking care of me. I knew that I was doing the right thing at the right time, and I had a significant peace about my decision-making process.

Of course, I had told my particular story about Harvey Weinstein sexually harassing me and coming very close to assaulting me many times to many people, including in great detail to Variety in 2015 [without disclosing his name]. The difference in 2017 was that folks were ready to hear it, and so I give our society and our culture more credit than I give myself.

I think it’s unfolding exactly as it can and should. There’s grappling with definitions—personal, legal, social—of what comprises harassment. I think that the conversation is, in all its messiness, glorious. We can’t expect a total social revolution to be tidy. We don’t have a playbook for this.

The difference in 2017 was that folks were ready to hear it, and so I give our society and our culture more credit than I give myself.

AG: I know many women have said, “It’s just too risky” or “I spoke up internally and no one took action, so I don’t want to suffer the career consequences of taking it further.” How did you find the courage to speak up?

AJ: Our greatest fear is being thrown out of a tribe, and that’s what happens when we’re being aggressed upon—we’ll get thrown out if we don’t comply. If we’re not in, we die. But I’m a teller. I was molested for the first time when I was in the second grade and I immediately went to some adults and told them. Unfortunately, they dismissed my reality. Even so, I persisted. I was sitting with my beloved uncle the following day. He had on an old-fashioned stereo headset, listening to an LP, and I was sitting slightly behind him, saying out loud what had happened to me. I knew that he couldn’t hear me because of his headset. I was practicing telling him. I was the kid in my family waving her arms around, saying, “Hey, something’s not right here.” Then, when I was in high school, a friend of mine confided in me that she was being harassed and molested by a coach, and I finally said to her, “If you tell me this story one more time, I’m gonna have to tell a grown-up. This is not right and it’s not okay.” She told me again and I went to my French teacher, with whom I had a really close relationship. My friend was not happy that I told. Her whole family was just outraged at me. They didn’t want the public narrative and the gossip about it, but that is just my constitution. I’m a fighter.

AG: Was the fact that many powerful people have turned out to be scumbags news to you?

AJ: My hunch is that most women knew. Although the statistics say one in three or four of us has experienced sexual harassment or assault, when three or four of us get together, all of us have. I remember realizing that when I was at a treatment center doing a weeklong intensive for self-improvement. All six women in the group had very serious stories of sexual assault. They came for lots of reasons, but the underlying stories were about sexual and gender violence.

AG: How can men prevent harassment when it seems so pervasive?

AJ: Address toxic masculinity. Quit pinching bottoms. Quit holding women hostage in the workplace. Quit thinking that you are entitled to a woman’s body. When in doubt, don’t.

In the movie Mother!, someone’s aggressively coming on to the Jennifer Lawrence character and she keeps saying no. He says, “You’re an arrogant c*nt.” What he does is something called DARVO, which was developed by a Stanford-trained academic psychologist, Jennifer Freyd, who’s now at the University of Oregon. DARVO stands for how a perpetrator will Deny, Attack, and then Reverse Victim and Offender. Hanging on to that little acronym, we can each examine our own behavior and ask, “Did I do some DARVO today? Did I try to slip out from some culpability?”

AG: I got a call recently from a Fortune 500 CEO who said, “I’ve been working really hard to develop and promote women, and I suddenly have male executives who are afraid of mentoring women one-on-one and doing something that might make them uncomfortable.” What would you say to that CEO?

AJ: To ask women directly what they’re comfortable with—what a concept! Just ask. It’s possible to bring men and women together to discuss this openly, like Jackson Katz does in Mentors in Violence Prevention. We don’t need to bifurcate the conversation. Have the humility to say, “Let’s get some of the women in the room at the same time and ask, ‘How do we mentor you and make it appropriate?’ Because clearly there’s been a lot of inappropriate behavior in the past.” We’re all learning. We’re at ground zero for learning.

"Quit pinching bottoms. Quit holding women hostage in the workplace. Quit thinking that you are entitled to a woman’s body. When in doubt, don’t."

AG: Do you think it’s healthy at this point for us to be questioning everyone we know?

AJ: It includes in all likelihood men with whom you’re very close. In a patriarchal system, despite the best intentions, it’s possible for anyone to be sexist. That absolutely includes me in how sometimes I treat myself, how I treat other girls and women, and probably sometimes my biases against men. That’s why complicit is the word of the year. We’re all a part of it, and I think it’s important to emphasize that it’s not just boys and men, it’s all of us, and that’s why the movement is a revolution. It’s this huge, disruptive upheaval of the very structure.

AG: Where do you draw the line on what’s forgivable? There are a lot of men who have probably engaged in some pretty bad behavior but won’t lose their jobs. What should we allow people to move forward from?

AJ: I remember very distinctly when I realized they were creatures of God just like I am. For Native Americans, the most shameful and powerful corrective gesture is to literally and physically turn one’s back upon a person who has transgressed, and then after they’ve been banished for a while, they come back into the circle and the members of the tribe say every good thing that person has ever done, because they have to be welcomed back. That takes time. We get caught in dualistic thinking, that it’s black or white. Your friends who have been sexually inappropriate, I’m sure they’re your friends for a really valid reason, you know? I read something today that said, “A mistake a day keeps perfectionism at bay.” What I’m striving for is to outgrow binary thinking. 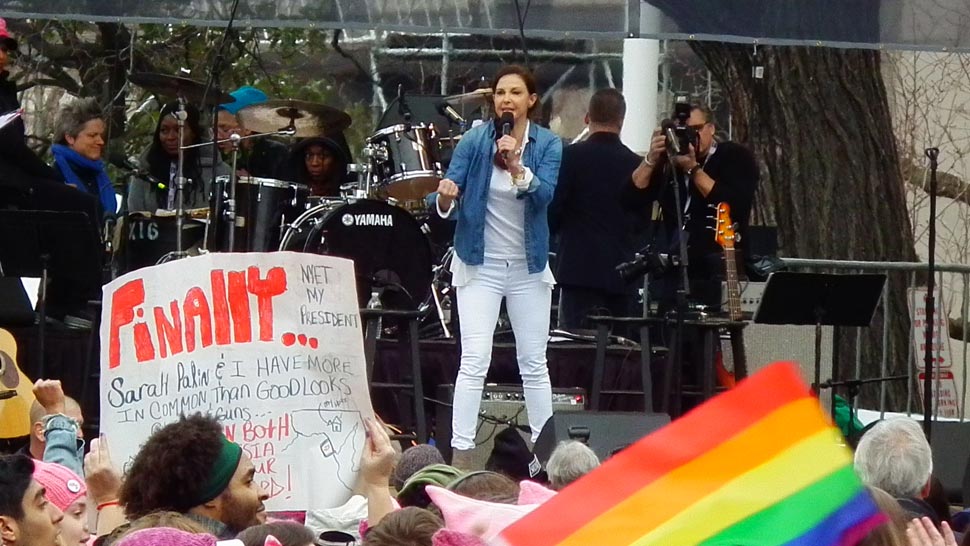 AG: Where do you stand on people who have covered up harassment? It’s hard to say anyone should have done anything differently given the repercussions they might have faced, but it’s also hard to accept that they let this behavior happen right under their noses.

AJ: Enabling is ugly, and it’s hard to know individuals’ motives. I’m sure some people needed and wanted to keep their jobs. I imagine the “divide and conquer” mentality that the patriarchy has successfully imposed upon women has played a role, and I think that there are also serious levels of denial. I like to remind myself that denial can stand for “Don’t Even kNow I Am Lying.” As I said, it is a system in which we all participate, to different degrees. Sometimes it’s not possible to make sense of it. The system is crazy.

Reporting in numbers strengthens. Implementing anonymous hotlines makes a big difference. There’s that beautiful line “On its own, a single reed is flimsy, but when they’re woven together, they’re very strong and difficult to pull apart.”

AG: In your 2016 TED Talk about the online abuse of women, you said, “Believe her.” We’re finally moving in the right direction on that front. What would you add now?

About The Author
Adam Grant
View Other Articles From Adam
Get The Latest Updates From Esquire!
Subscribe to our newsletter!
Latest Feed
Load More Articles
Esquire Money 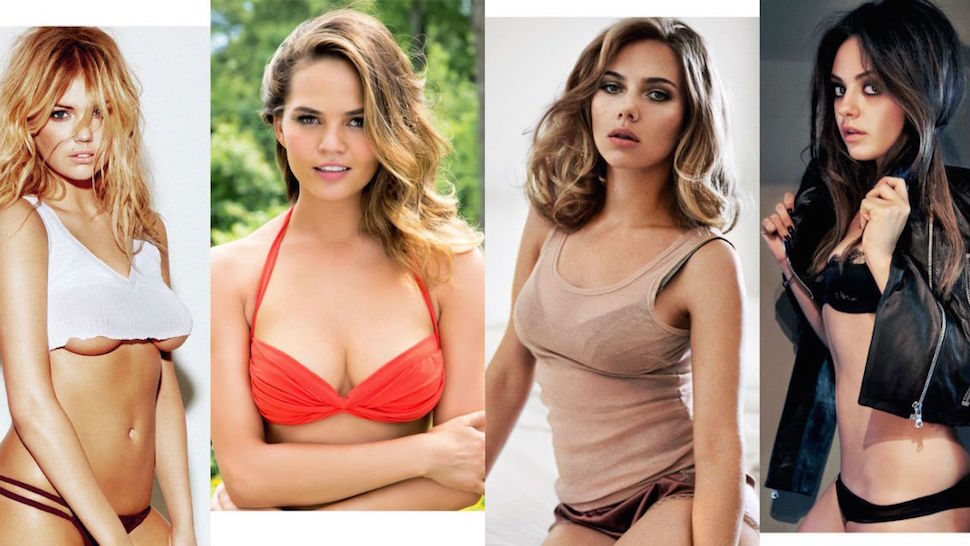