10 of the Most Beautiful PBA WAGS of All Time

These women fade into the background during PBA games, or at least try to. But ladies of such rare beauty really can't. Soon they inevitably become the cynosure of most eyes. 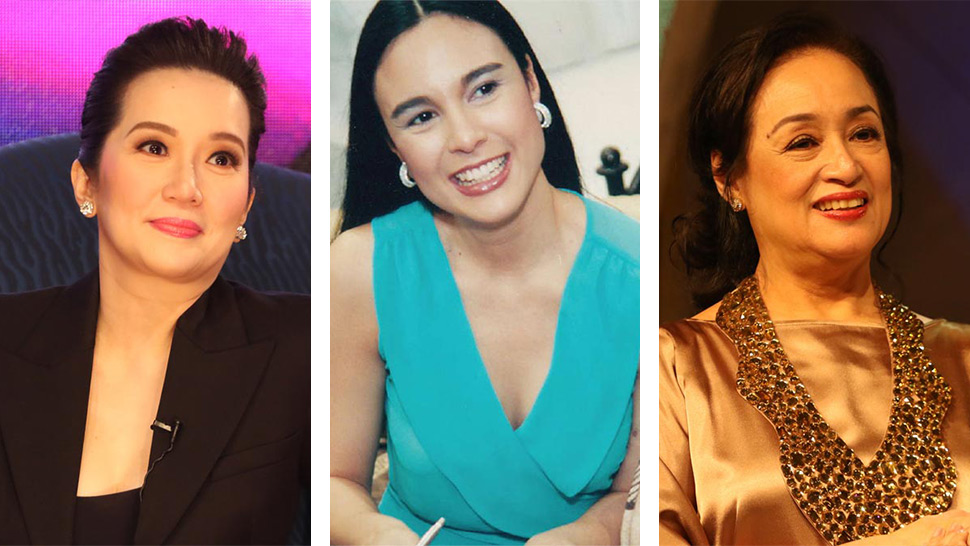 Thesee women stayed in the background during PBA games, or at least tried to. They played the role of supportive wives or girlfriends and let their basketball stars/ partners have the spotlight all to themselves. But ladies of such rare beauty can't really hide from the cameras. They inevitably became the cynosure of most eyes.

Over the past 43 years, the PBA has seen a bevy of beauties take their place at ringside in support of their partners, from celebrity wives to intensely private individuals, from statuesque beauty queens and models to shy wives, from demure prayer warriors to feisty cheerleaders. We've seen them all.

Here, we gather 10 of the WAGS (wives and girlfriends) who, we're sure, have stuck in the minds of basketball fans all these years. 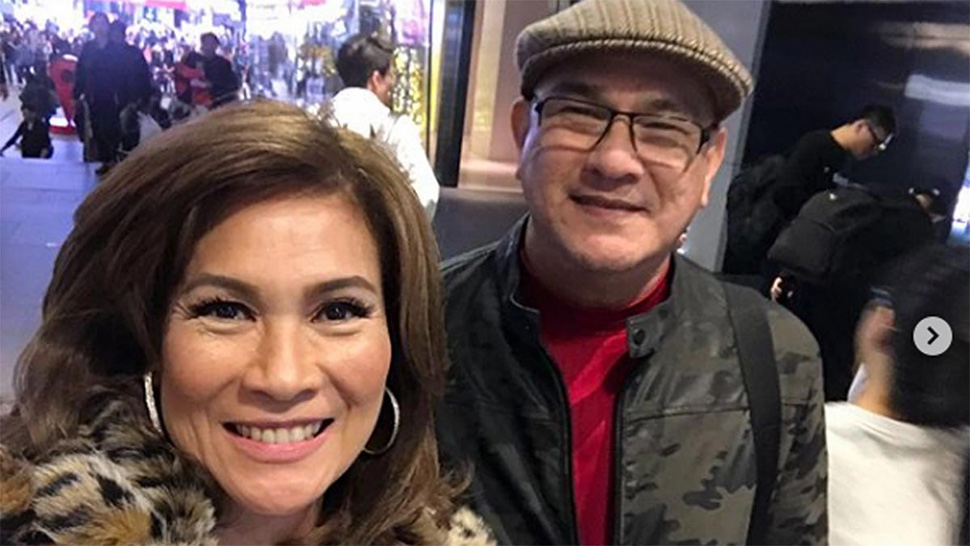 Olen Juarez Lim admits she used to lose an earring or an entire set while excitedly jumping up and down watching Frankie Lim's games, yet she never lost her poise. "I’ll lose earrings before (when) jumping and cheering during Ultra days!" she added. "Minsan uuwi ako isa na lang (ang hikaw ko)," she recalled laughing. Married to Frankie for 35 years now, Olen owns and runs OJL Consulting Group as a certified image, etiquette and protocol consultant and certified civility master, but more than that she's now a mom and 'glam-ma' and sometimes a cheerleader still, although much more mellow. "When the games become physical, I used to be notoriously loud and I think I mellowed a bit now. I just pray a lot during games specially when my husband became coach and my son Melo played."

Olen and Frankie are married for 35 years now. Their eldest daughter Yishay is married to former Ginebra guard Kim Valenzuela; Miakka is a former La Salle volleyball player, courtside reporter and now a certified image consultant; Melo was a former San Beda guard and now a manager at Discovery Primea, and youngest son Tyler is a ninth grader and is following in the footsteps of his brother and dad. Mrs. Lim is also enjoying her time with two adorable grandchildren - Kamea Amari and Kara Savannah. 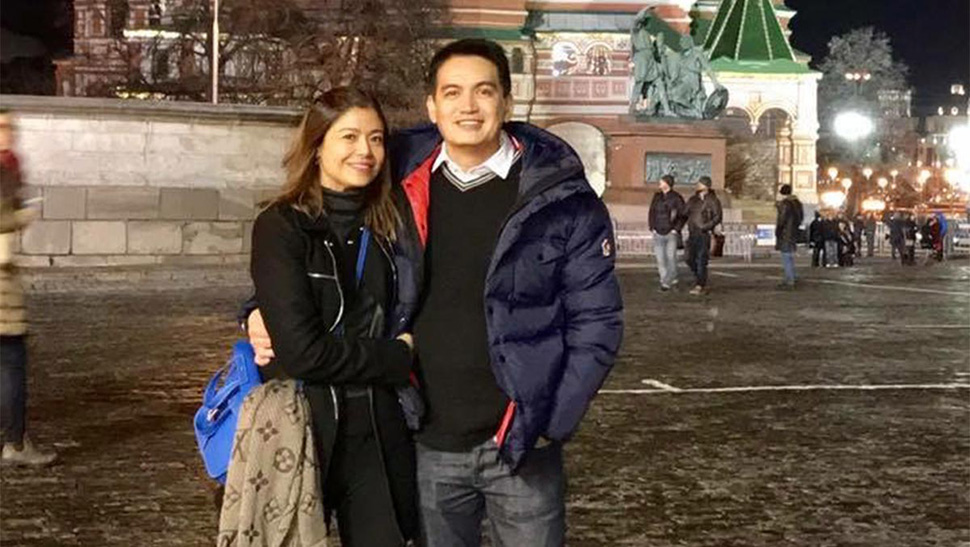 Odette has been a fixture at ringside since Franz Pumaren started coaching in 1992 - and before that she supported Franz during his long playing career at San Miguel. But to this day, Odette doesn't look a day over 30. When asked about it, the wife of the current Adamson coach said: “I don’t ever miss a game since player pa siya until now na coach na siya. Noong younger ako mas emotional ako, ngayon sobrang kalmado na ako kasi I see naman kayang-kaya (ni Franz) to handle himself. You don’t take any stress seriously, you just pray and lift it all up to God kasi if you worry wala rin naman magagawa ‘yun eh.” So to all WAGS out there, the secret is out. 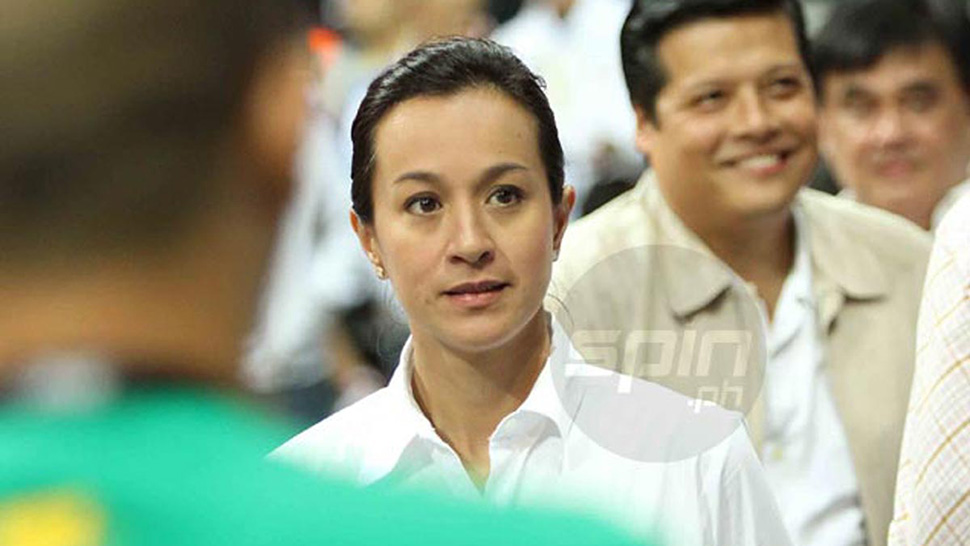 Mikee wears many hats, from champion equestrienne to movie actress and now International Olympic Committee (IOC) representative to the Philippines. She's also a wife to Robert 'Dodot' Jaworski, Jr. and mom to handsome boys Robert Vincent, Rafael Joseph, and Renzo Mikael. But before settling down, Mikee was a certified head-turner at ringside during Dodot's foray into basketball as a member of his legendary dad's Gordon's Gin-Ginebra team from 1996 to 1998. Definitely a sight to behold. 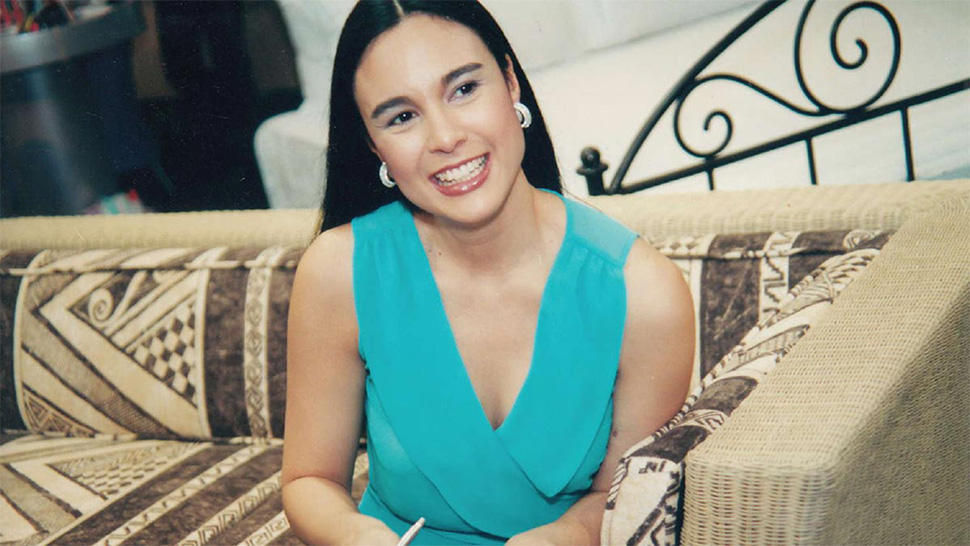 PBA fans during the 80s and 90s certainly won't forget actress Gretchen Barreto, who was a fixture behind the Ginebra bench supporting former partner Joey Loyzaga at the old ULTRA (now PhilSports Arena) in Pasig City.

The movie star, who was 16 then, and the former Ginebra cager, who was nine years her senior, dated for almost 10 years. Gretchen and Joey, who is now based in Australia, have long gone their separate ways, but La Greta still lives in the hearts of a lot of PBA fans. 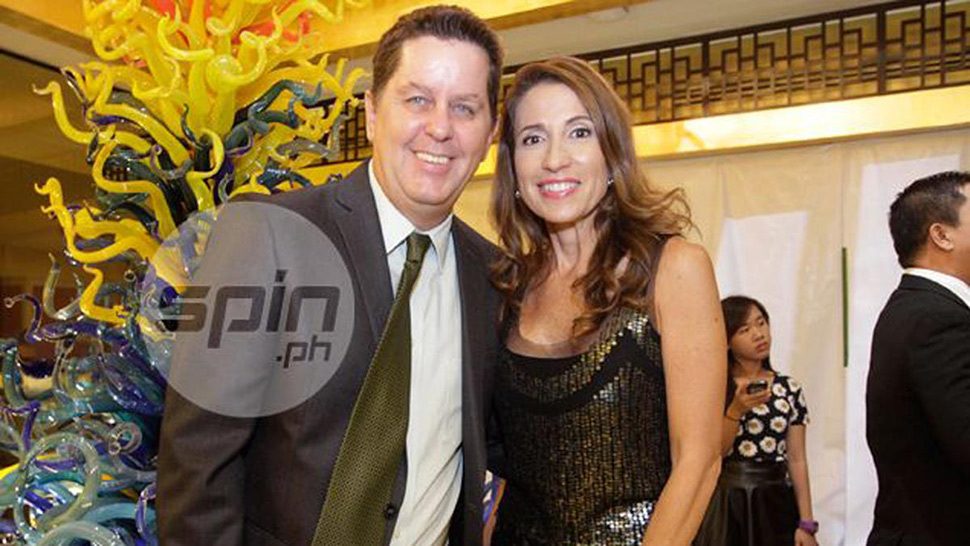 The sister of former La Salle player Eddie Viaplana has been coach Tim's biggest booster and cheerleader over the past 26 years in a coaching career that has produced two grand slams and an unprecedented number of PBA championships. She enjoys every minute of it, and as a bonus the time at ringside makes her feel younger, the mother of three says. “Here sa games, you’re with young people all the time, you’re with the players and their wives and girlfriends so it keeps me young. Basketball really keeps you young,” she said. 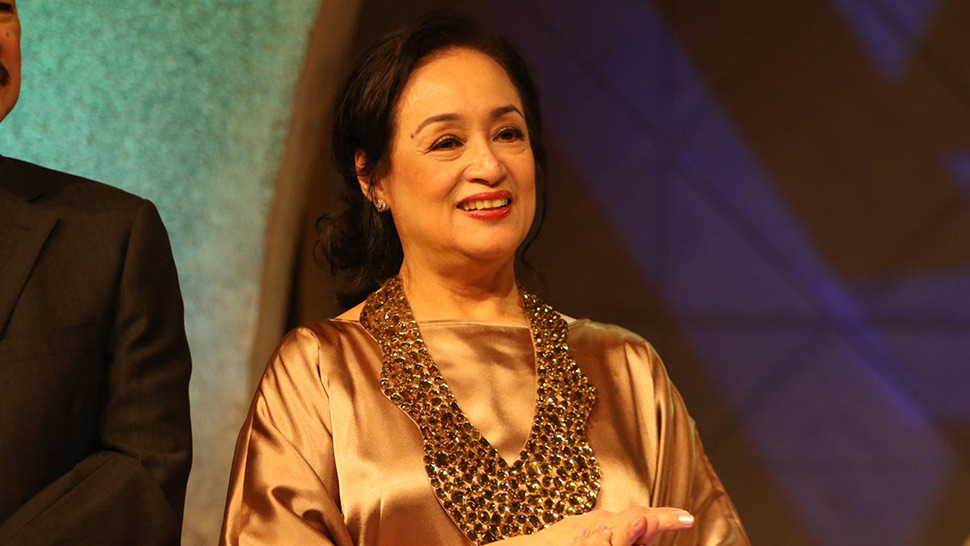 The veteran television and movie actress and TV host is also inevitably linked to basketball owing to her marriage to Lawrence 'Larry' Mumar, the son of the great Lauro Mumar. The younger Mumar was a prolific scorer who stood out in seven PBA seasons with Utex, Seven-Up, Filmanbank, CDCP and Great Taste from 1975 to 1981. Coney Reyes stood behind Larry for most of his career, just as fiercely as she supported their son, LA, during his stint with Ateneo in the UAAP. LA is still into basketball as juniors coach at Lyceum. 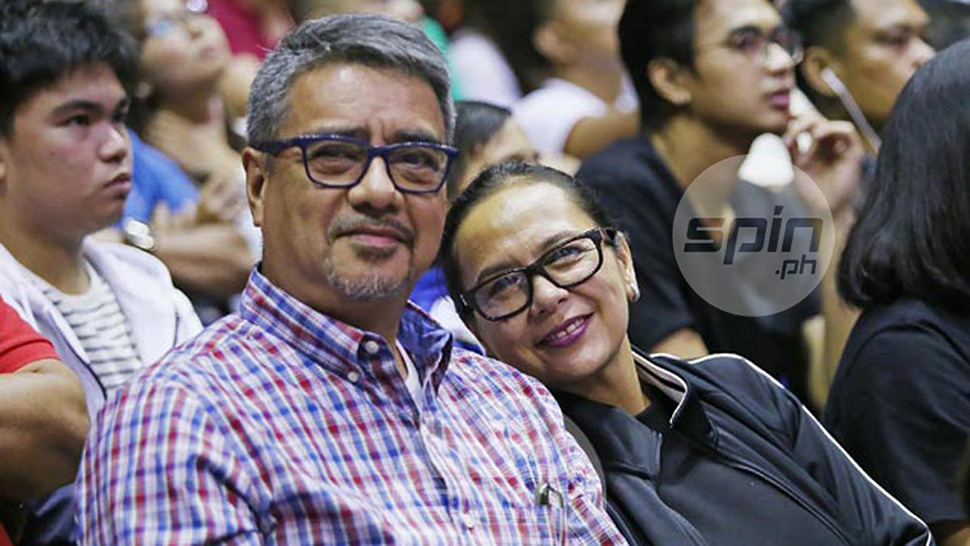 So goes the lines in Hotdog's "Langit Na Naman", but that doesn't necessarily hold true for baby boomers who consider Rio Locsin as a movie goddess, thanks to her role in Disgrasyada. Millennials know her more as Miss Amelia in the 90s movie Sarah ang Munting Prinsesa but there's no doubting her place on this list. Her relationship with former Crispa, Tanduay, and Purefoods defensive specialist and now pastor Padim Israel has also endured the test of time. The couple is blessed with three children, Paula Bianca, Costa Palma, and Joses Charisse, and still going strong. 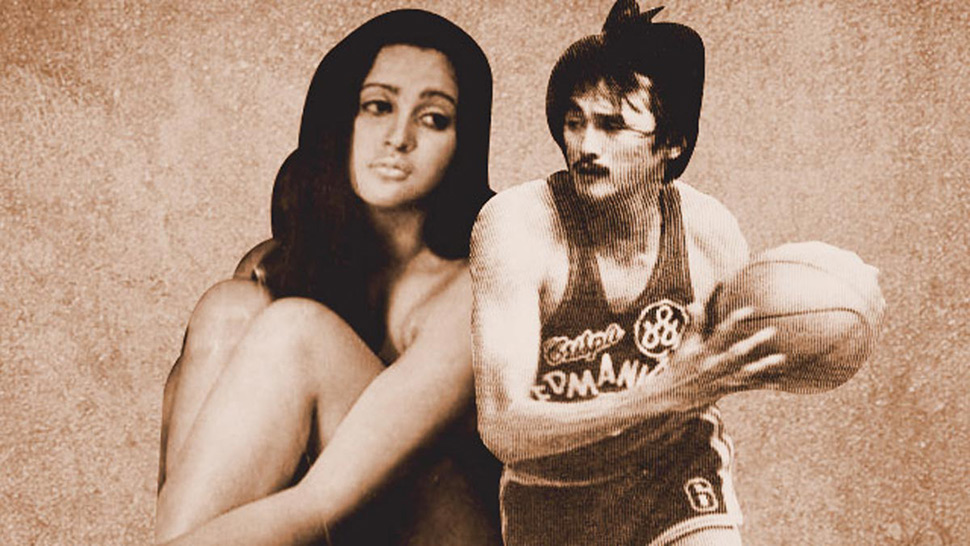 Alona Alegre was one of the most famous sexy stars of the 70s and she became one half of one of the first celebrity couples in the PBA when she dated Crispa star Fortunato 'Atoy' Co. The romance started back when the 'Fortune Cookie' was still an amateur and blossomed during Co's early years with Crispa in the PBA. If there was a Daisy Romualdez supporting San Miguel star Manny Paner, there was the sultry Alona with her sleepy eyes cheering for Co during Crispa games. The relationship lasted three years. 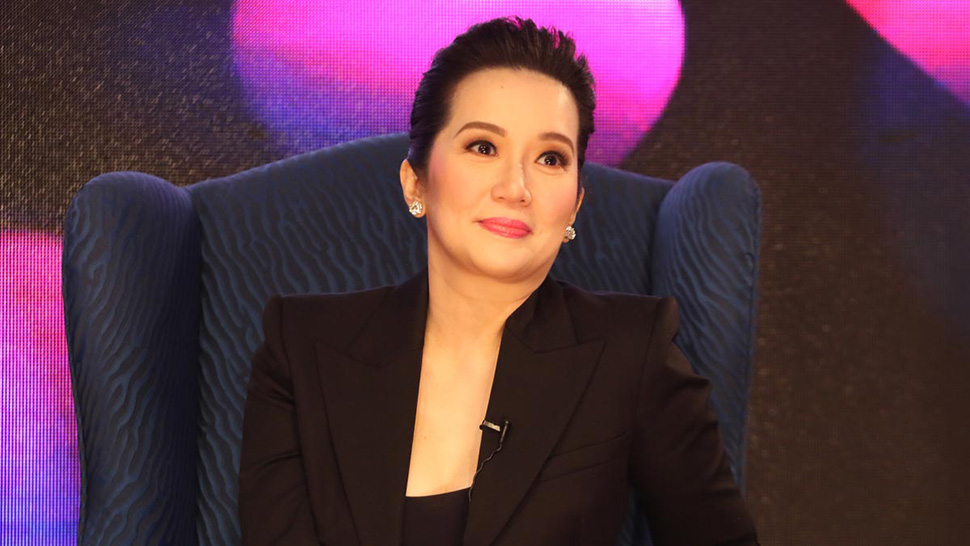 This list won’t be complete without Kris Aquino, who with former husband James Yap became hands-down the most celebrated couple in PBA history. The union between the Queen of All Media and the PBA's poster boy transcended both sports and show business, more so after a messy breakup that led to an annulment in 2012. For a while, Kris was also linked to four-time MVP Alvin Patrimonio and later former MBA and PBA standout Rommel Adducul. 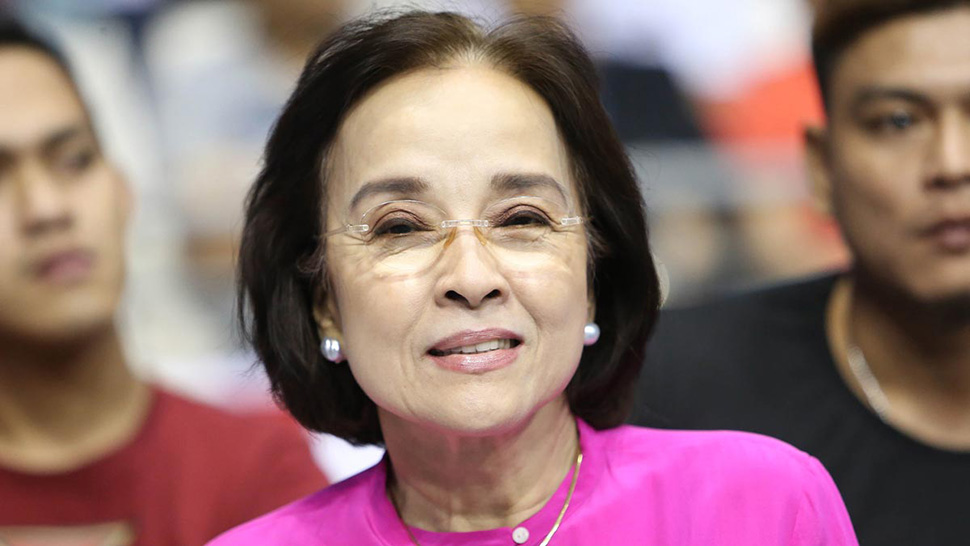 She is married to the most popular Filipino basketball player of all time and is the daughter of action star Ramon Revilla, yet Evelyn is an intensely private woman who was happy sitting quietly in her little space at ringside behind the Ginebra bench. We tried interviewing her one time, but all she did was give me a smile and place her hand in mine reassuringly, perhaps her way of saying no, in a very nice way we might add. But the Jaworski matriach doesn't need the adulation and the attention, of course. She has the undivided attention of the most iconic player in PBA basketball. 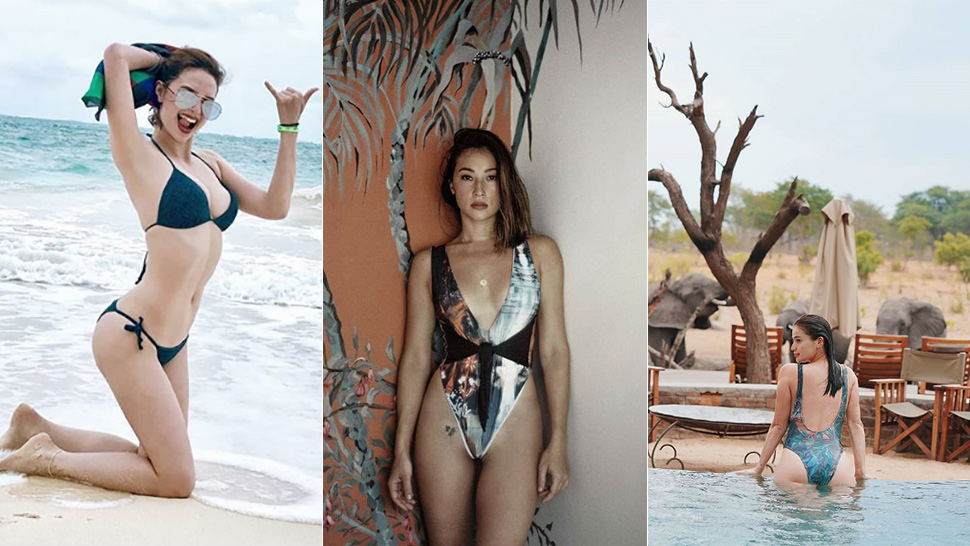 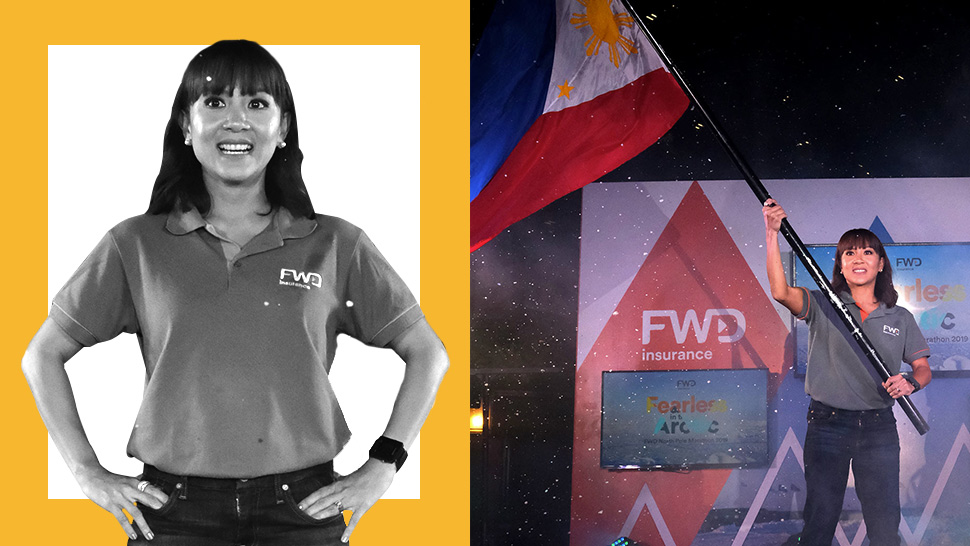