Herbert Bautista on the Mayoralty, Marriage, and (Maybe) the Senate 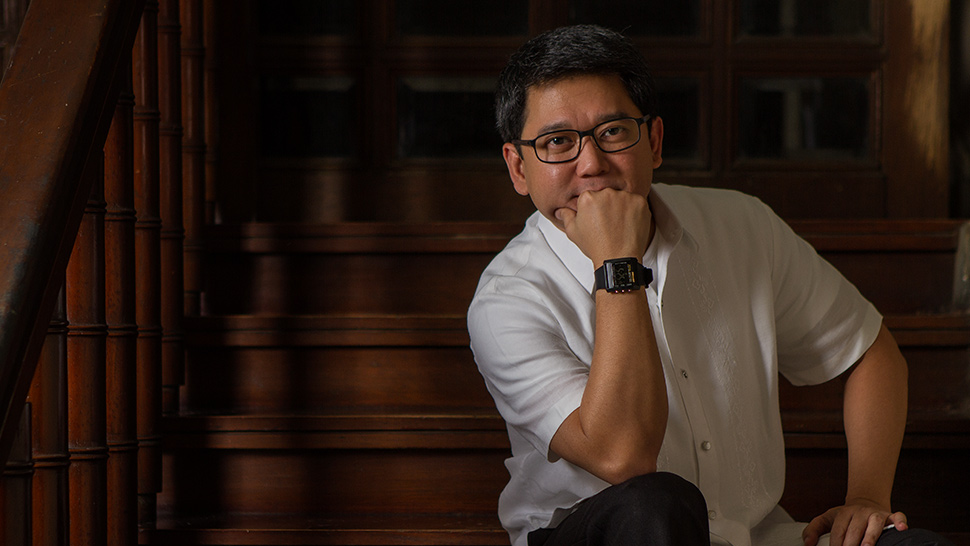 This interview originally appeared in our April 2014 issue.

HERBERT BAUTISTA: Marami. And they call me by different names. For senior citizens they still call me Reneboy, my character in a soap opera in the ‘80s. Bistek for my contemporaries. But for the young ones, they call me mayor. And to think akala ko wala nang nakakakilala sa’kin eh.

ESQ: 2016 is coming up, I know you have one more term as mayor. But are you thinking of higher office?

HB: I’ve been inquiring, you know, I talked to Vice President Binay at the Edsa Revolution anniversary. He asked me, “Ano plano mo? Tapusin mo na ‘yang last term mo.” I got to talk to former President Erap also. I asked him, if an opportunity is there for me to run for higher public office, ano po ang advice niyo sa’kin? Sabi niya, “Pa-survey ka. Kailangan scientific ang decision mo diyan. Now dahil may isang term ka pa, I would advice tapusin mo yung third term mo, and then pagtakbo mo may model ka pa rin. So make sure you do good in QC.”

ESQ: You’ve been so focused on QC, it might be hard for you to let the city go just like that.

HB: What’s really stopping me from not running for the senate is, personally, I still have several programs or projects that I have to launch first. And I’d like to see them fulfilled in my third term. These are all long-term projects or programs that one way or another would be controversial along the way. Like in the case of the environment, we are working closely with a private company on a feasibility study on waste-to-energy. Currently we have a waste-to-energy program in QC, in Payatas, extracting methane and producing electricity for surrounding communities. But it’s not enough. What we’re looking for is a 54-megawatt power plant for QC. Maraming masosolve yun. For example instead of building or coming up with new landfills, wala nang magtatapon sa landfills. I remember one of the documents that I was reading during my school days, there was a part about “environment is local.” Because of that, no local authority will allow people outside of his area to be thrown garbage. In the initial study made, QC is generating about 2,400 metric tons of waste per day, which can generate about 50-52 megawatts. Today, QC government spends about a billion pesos just to collect our garbage and manage it.

ESQ: And you’re finding resistance to this?

ESQ: Who’s going to oppose this initiative of yours?

HB: I think Greenpeace would definitely oppose. I can see that already.

ESQ: How do you deal with people you can’t negotiate with?

ESQ: You’ve been a public servant for how many years now?

HB: Since ’85. I’m 45 now. More than my teenage life. Another exciting thing is the 75th anniversary of QC. I’m gaga over it, tuwang tuwa ako diyan. It’s a milestone of course and I’m very thankful that it’s happening in my incumbent year as mayor of QC. There have been 10 mayors in QC and I’m the 10th.

ESQ: Do you have a favorite former mayor of QC?

HB: I got in the QC government in 1985. I took some good points from the different mayors that I worked with. Like the only lady is Adelina Rodriguez. She’s the mother type, she’s more social, meaning cultural, pagtulong sa kababaihan, kabataan, I got some points there. Jun Simon was more, “ano gusto niyo?”, more people-centered type of government. I got that also, which I’m still doing. And then the late Mel Mathay, astute politician. But also a good administrator. It just so happened sa time niya, the first 10 years of the local government code, iniimplement pa lang, so yung mga best practices—hindi pa lumalabas yun. What I got from Speaker Sonny Belmonte was really how to administer local government just like a corporation.

ESQ: Is it difficult being a mayor and a career politician? Sometimes you might do something good for your political career, but it would be bad for your—

ESQ: How long have you been in the Liberal Party?

HB: Only when I transferred in 2010. So that’s about four years.

ESQ: Are you already planning ahead? Of course in 2016 the race is already on. Do you know already whom you will be carrying? Will you tow the party line?

HB: I think the party really is democratic enough to choose who they want.

ESQ: Yeah but it’s been said that it’s already going to be Mar Roxas.

HB: Yeah, sabi niya. But remember for the longest time it used to be Mar until P-Noy came along. So baka may mga ganun pa rin, di natin alam.

ESQ: But the frontrunner is of course the vice president.

ESQ: And you’ve known him for a long time.

HB: Yeah, I worked with him when I was vice mayor. I’m working closely with him because of the housing projects.

ESQ: How would you describe the vice president?

HB: Very soft-spoken person. We belong to the same school, the National Defense College, and UP.

ESQ: Would you describe him as an astute politician?

HB: I think he is an astute politician. But I think he’s also an astute administrator because of what happened in Makati. Of course in Makati, very strong ang private sector. But if you do not have a good relationship with the private sector, it also reflects on your output as the administrator or mayor of that particular city. Funny guy, ibang klase mag-punchline. Tsaka may haplos, in all levels of society. Ia-aside ka niya, magbibilin. Ibang klase siya.

ESQ: You mentioned Mayor Erap. My own opinion was that he was never comfortable in the senate. I think he was bored.

ESQ: After one term he wanted to go for vice president already.

ESQ: So let’s say if you do seek the senate, or perhaps higher…

HB: Well sanay na ko sa legislation. And now this is my fourth year as an executive, you’re the chief executive of the legislative department, which is like what the senate president is or the speaker. If I run for higher office like the senate, I’ll be comfortable because I was trained in school to do research. I was trained also to deliver speeches backed up by statistics. I can do that and I can actually legislate.

ESQ: And of course maybe the best would be building consensus.

HB: Oo naman, I was also trained that way. Just like in League of Cities of the Philippines you cannot decide without getting the consensus of all the other mayors. Mga mayors matitigas ulo ng mga yun. (Laughs.)

ESQ: How do you achieve a consensus?

ESQ: It doesn’t happen on the floor?

HB: No, you build on it. Unang-una is relationship. Second, pick each other’s brains out. Kung ano view niya sa ganitong—And makikita mo yan sa kwentuhan, not on the floor. Not on committees, sa kwentuhan talaga.

ESQ: Have you ever fired anyone?

ESQ: It seems that as a politician you have the ability to communicate especially with everyone.

ESQ: Were you part of KBL?

HB: Not KBL, I belong to Kabataan Barangay, the youth movement of the Marcos regime.

ESQ: So you did support Marcos.

ESQ: Did you meet the former president Marcos?

ESQ: How old are you, Mayor?

ESQ: And you have two children?

HB: I have four children. Two by two different women.

ESQ: Are you in good terms with their mothers?

HB: Yes I am. I am very thankful that they raised our children quite well. I respect them as individuals kahit di kami nagkatuluyan.

ESQ: But of course a politician, they say, needs a wife.

ESQ: So wala bang first lady of QC? Of course your predecessor didn’t have one.

HB: Well, the president has no wife.

HB: No, I’m not seeing anyone at this point.

ESQ: When was your last relationship?

ESQ: Well, being a politician’s wife or at least a girlfriend is never a happy job.

ESQ: So that’s what you’ll look for when you meet someone?

ESQ: Of course you have to say that it’s also difficult to date a mayor.

HB: Hindi naman. Panahon lang talaga problema diyan. Timing lang. But if both of you are willing to give each other enough time to be together or to understand each other at the end of the day, walang problema yan.

ESQ: Do you want to get married?

HB: No, I don’t think so. I thought of it in 1998. It was in my mind that I wanted to become the president then I lost the mayorship.

ESQ: Because they say all politicians want to be president.

ESQ: But you did run for mayor again and you won.

HB: Yes, I did. But becoming the mayor for the second time or third time, does not mean you eventually make you a senator, the vice president or the president.

ESQ: But of course you could contend that you are more of a national figure than a local figure.

HB: Yes, could be, it’s an option going into my third term running for the vice pres—senate.

ESQ: Did you just slip there, Mayor? 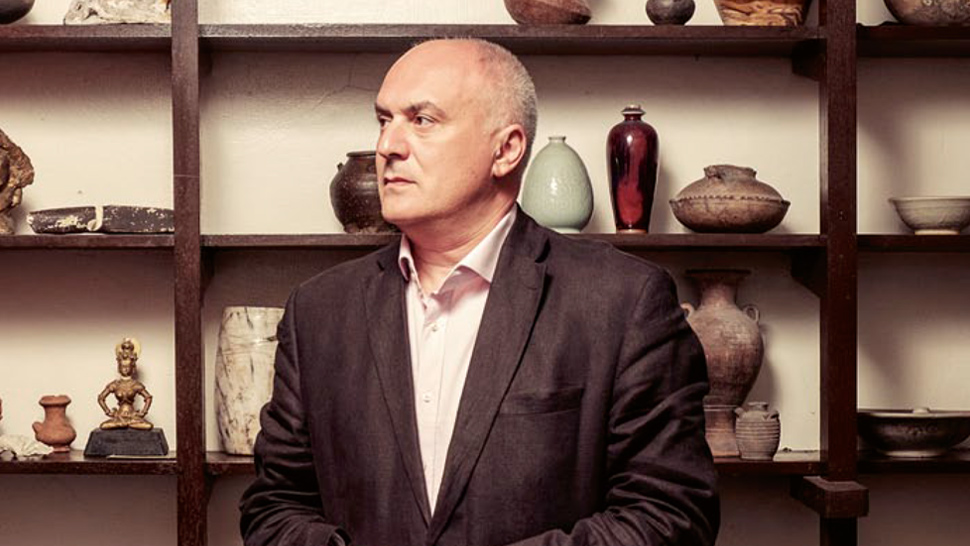 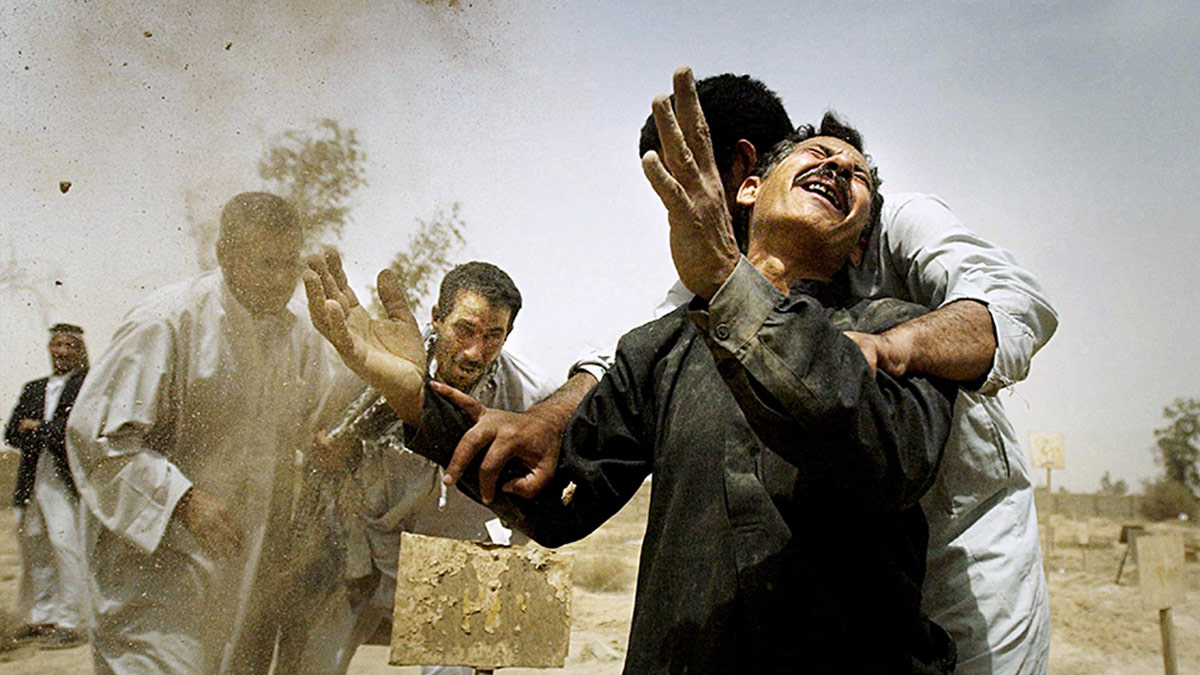 "You Do What You Have To Do": An Interview With Photojournalist Cheryl Diaz Meyer
All Photos
Comments
View As List