Beckham's great fame really has less to do with football than any famous footballer you could name. But, still. 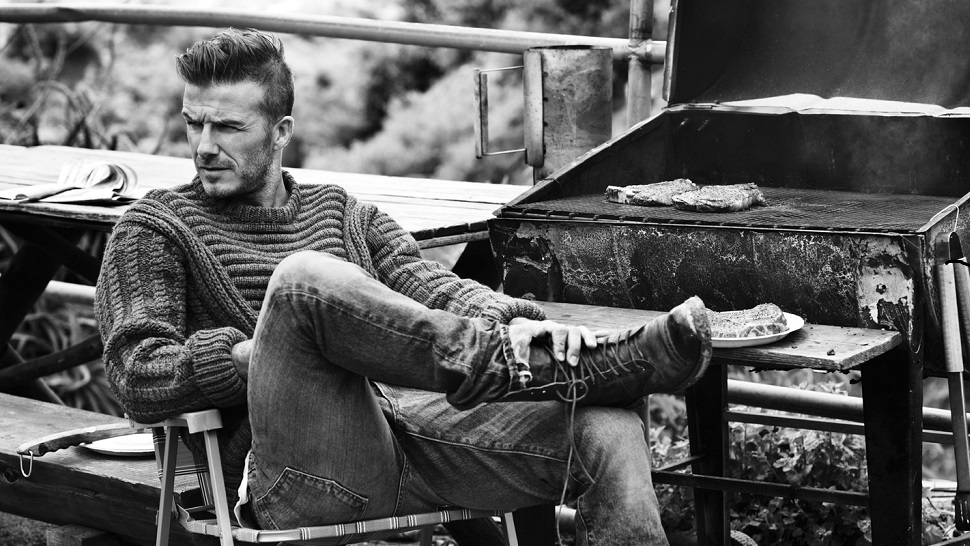 To mark twenty-five years of British Esquire, we recall twenty-five men who have shaped the country in the years we first went to print.

David Beckham—born in Leytonstone, son of a kitchen fitter and a hairdresser—has done majestically well in life for a good-looking lad unusually skilled at striking a ball with his right foot.

On the wing of Sir Alex Ferguson's Manchester United in the late Nineties, Beckham won every medal going. By no means that team's best player, he became the most iconic. But his devotion to his own image seemed to rival his commitment to the red jersey; and, infamously, the boss wasn't having it. When, after an FA Cup loss to Arsenal in 2003, Ferguson angrily kicked a stray boot across a changing room and inflicted a cut on Beckham's photogenic brow, it was a symbolic end of an era. 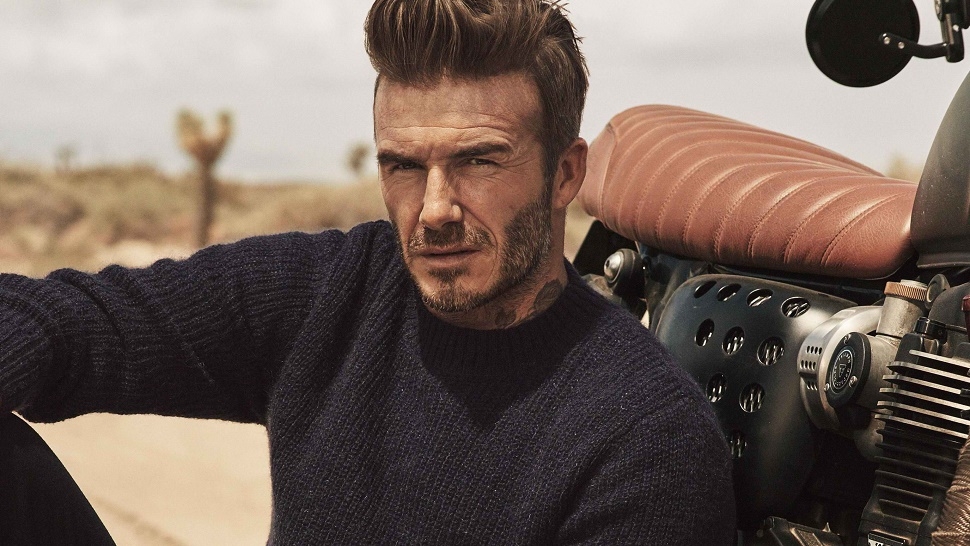 Here's an easy way to look like David Beckham

There was, however, no stopping Beckham's rise. His ardent following among women and gay men was wholly unprecedented for a footballer. Straight blokes were possibly less enchanted by the glamour-puss posing off the pitch: the OK!-sponsored wedding to Victoria Adams, the scheduled hair-dos, the parading in a sarong, the gothic-script rapper tattoos—what Brian Clough disparaged as "pop star rubbish". Yet with each new frippery Beckham was repaid in headlines and lucrative contracts, so becoming the world's foremost metrosexual.

With each new frippery Beckham was repaid in headlines and lucrative contracts, so becoming the world's foremost metrosexual.

His admirers still see in him qualities far beyond that aforementioned right-foot expertise. England fans, for example, forgave him some poor shows in the finals of major tournaments. His self-inflicted red card against Argentina in 1998 was painfully immature, though he recovered his reputation with great resolve and dragged England to the next World Cup with an heroic late free-kick against Greece. On the big stage, though, Beckham could be unreliable in the tackle and from the penalty spot, and yet he was selected even when unfit, as if he were needed to carry the team—which he wasn't.

From United he went to Real Madrid: a marriage of brands and a shirt-flogging exercise, though he played his part in the team's 2007 La Liga-winning season. After that came a well-paid swansong in Hollywood with short spells in Milan and Paris, then retirement in 2013 that saw him segue with ease into a suited executive look.

Beckham's great fame really has less to do with football than any famous footballer you could name.

Beckham's great fame really has less to do with football than any famous footballer you could name. But when Roy Keane chose his all-star Manchester United XI, he picked Beckham on the right. And you can't argue with Keane—or I wouldn't, anyhow.

About The Author
Richard T. Kelly
View Other Articles From Richard
Get The Latest Updates From Esquire!
Subscribe to our newsletter!
Latest Feed
Load More Articles
Esquire Money