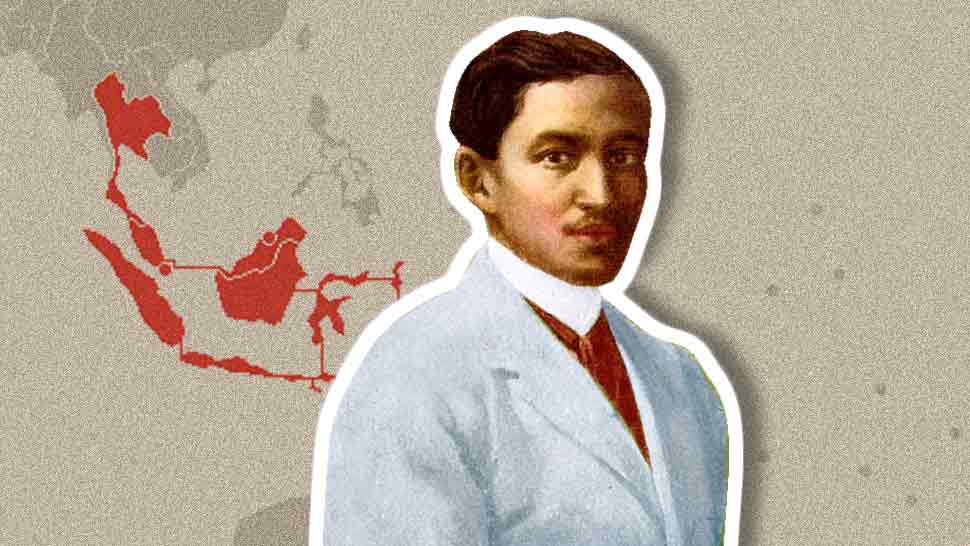 “The pride of the Malay Race”—this is just one of the many titles bestowed on Philippine national hero Jose Rizal. He contributed to art, literature, science, politics, and the very identity Filipinos hold today. His works and legacy influenced political leaders and revolutionaries in the Philippines and overseas. In life, he was a revolutionary, and in death, he was a hero. But had he not died before his time, the face of Asia might be very different from what we see now. In fact, it could possibly be even stronger and more united, as it was Rizal’s vision to reclaim the Filipinos’ Malay identity untarnished by colonization.

The Philippines’ strong ties to its Malay past were weakened over the course of colonization—the Spaniards made sure of that. But not all was lost. Three hundred years after the Spaniards arrived, Rizal rose to reconnect and reunite Filipinos with their Malay heritage. When many people think Malay, they think of places like Malaysia, Indonesia, Brunei, Singapore, and southern Thailand—countries on the southern side of Southeast Asia where the Malay identity remains strong as ever. But Rizal saw the Filipino connection, and was adamant about restoring it to its former stature.

Some believe a “nation” is permanent and timeless, with a wide cultural identity like that of Islam. Others would argue that a “nation” is a social construct or an “imagined community,” as per scholar Benedict Anderson—a community that shares a sense of comradeship, held together by the will of the people instead of the “divine right of Kings.”

For Rizal and his faction in the Propaganda Movement of 1872, this was the dream—the yearning for a single identity for the Filipino, one that would drive the reforms proposed by the Movement.  But it was Rizal who quickly saw that the Filipino identity couldn’t be confined to the Philippines. His vision expanded it to include the Malay world or “Dunia Melayu” in the Malay language, by invoking a distant past to build a new future.

According to historian Zeus Salazar, Rizal saw the inadequacies of Western concepts of sovereignty, which led to his fascination with the concept and revival of the Malay world. In his annotations of Antonio Morga’s Successos de las Islas Filipinas, Rizal showed his support for Morga’s beliefs of a civilization that existed in the Philippines that tied it to its neighbors, which we know now as Malaysia and Indonesia. Morga disproved Spanish claims that the Philippines was a savage land before the Spaniards arrived, and he bolstered Rizal’s belief of a free and unified Malaya.

Malay and the movement

The strong hold of the Catholic Church and the Spanish government were instrumental in slowly erasing the Philippines' indigenous past, as well as its close ties to its neighbors down south. But Rizal saw beyond borders—he saw a great Austro-Malaya-Polynesian nation connected by its Malay heritage. It's perhaps this reason that Rizal named his movement “Indios Bravos” or “Brave Indians,” a tip of the hat to all the indigenous cultures being oppressed by colonization in the Malay region.

Writer Austin Coates noted the Indios Bravos could have in fact pledged to liberate all Malay peoples, not just Filipinos as students were taught in school. Coates saw it as a “pledge to be made good first in the Philippines, later to be extended to the inhabitants of Borneo, Indonesia, and Malay.”

Rizal even tried to learn Malay, the origin of many Tagalog words, but he was martyred on December 30, 1896, ending his pursuit in reclaiming the Malay identity.

Traces of his vision did trickle after his death. The political activist Wenceslao Vinzons championed the ideal of unifying the Philippines, Malaysia, and Indonesia into a single political entity known as “Malaya Irredenta.” Much later into the postwar era, Diosdado Macapagal would lay down the foundation of MAPHILINDO that evoked many concepts derived from Vinzons and Rizal. However, political infighting and competing interests led to MAPHILINDO to be substituted by a new organization that we are well aware of—the Association of Southeast Asian Nations or ASEAN.

What would have happened to Asia as a whole had Rizal lived, we’ll never know. Perhaps he’d have reclaimed the Philippines’ place in the Malay world. Perhaps Filipinos would feel more connected to their neighbors had he lived to teach us to do so. Perhaps we wouldn’t possess West-obsessed colonial mentality.

What would the Philippines have become had it adopted a Malay sense of identity, instead of the current one we have? We can only speculate. What is important however, is for us to reexamine this “Malayness,” as Rizal did, and reconnect it with the woes of our present generation, especially in trying to find the place of the Philippines in this ever-complicated world of ours.