In the year 1581, six decades after the arrival of Ferdinand Magellan in the Philippines, Mohammad Dipatuan Kudarat, otherwise known as Sultan Kudarat, was born. Nine years prior, Spanish conquistador Miguel Lopez de Legazpi had already captured Manila, where he had successfully pacified Manila’s allied rulers Rajah Sulayman and Lakan Dula through a peace pact. At the time, Spain had already colonized parts of the Visayas, and it had its eyes set on conquering Mindanao.

What Makes a Sultan Different From a Datu or Rajah?

Unlike the political entities (communities led by datus) found in the Visayas and Luzon, those in Mindanao had a more advanced structure of government: the sultanate. When Islam was introduced in the archipelago in the 13th century, it also brought in the concept of a sultan: a ruler who was considered God’s shadow on earth, according to historians Patricio Abinales and Donna Amoroso (2005).

The concept of a sultan helped southern Filipinos enhance their rule over their territories. It enabled them to forge alliances based on religion, something which the datus of Luzon and the Visayas, who mostly relied on loyalty and marriage alliances, lacked. More important, other rulers in the territory were required by faith to support the sultan, rather than compete with him. As a result, the sultanate was able to expand its domain, strengthening commerce and increasing manpower, eventually having enough power and influence to reject Western colonization.

At 39 years old, after his father’s death, Mohammad Dipatuan Kudarat became Sultan Kudarat. For 52 years, he ruled the Sultanate of Maguindanao as a shrewd strategist and politician.

As a maritime sultanate, it had access to international trade. The sultanate traded with the Dutch and the Chinese, bartering slaves and rice for wares and weapons.

Before he ascended as Sultan of Maguindanao, Kudarat had already clashed with Spanish forces many times. At the time, he already had a concept of statecraft. He knew how foreign colonizers, who already captured key territories in the Visayas and Luzon, were a threat to the sultanates in Mindanao.

Together with the Sultanate of Sulu, Sultan Kudarat launched coordinated attacks on Spain’s seat of power in the Visayas. In 1634, they successfully launched invasions on Leyte, Bohol, and Dapitan, which were crucial positions held by the Spaniards.

Sultan Kudarat Suffered Defeat at Lamitan, the Seat of the Maguindanao Sultanate

In response to the Muslim attacks, Spain successfully invaded Zamboanga in 1635 and established a fort there. But Sultan Kudarat’s greatest setback came two years later.

His bloodiest battle and biggest defeat against the Spaniard forces occurred in 1637 when a combined force of Spaniards and Indios from Luzon and the Visayas attacked Lamitan, a heavily fortified citadel on Basilan island. The attack was meant to strike at the heart of the Sultanate, descending on the citadel on a holy quest to evangelize not only with sword, but also with gunpowder. The attack also meant to capture the seat of power of the Maguindanao Sultanate.

Sultan Kudarat managed to muster a force of 2,000 highly skilled Muslim warriors, who were spiritually and physically prepared to undergo juremantado state, the stuff of legend that haunted Spanish-led conquests into Muslim Mindanao. It accounted for stories of Muslim warriors who refused to die despite being shot, and kept charging forward armed only with their blades.

A juramentado refers to a male Muslim swordsman who targets invading soldiers, expecting to be killed in the process. Before undergoing the juramentado state, he spiritually and mentally prepares by performing rituals and saying prayers.

According to historian Isidro Abeto (1989), Sultan Kudarat took part in the battle, and when the battle became desperate, so did Lamitan’s women and children. Kudarat’s wife bravely charged through enemy lines while clutching her baby, then jumped over a cliff to avoid being captured.

At the end of the battle, the Spaniards decapitated 72 Muslims and put their heads on spikes for every Muslim to see.

Meanwhile, Kudarat sustained a bullet wound on his arm, but eventually escaped and moved his seat of government to Pulangi.

Sultan Kudarat Rallied the Muslim Rulers to Defend Their Lands

After learning that some Muslim datus had aided the Spaniards in capturing Lamitan, Kudarat rallied his fellow Muslim rulers in a rousing speech to get them back into the fold. He convened the rulers and lectured them on the consequences of their betrayal.

“What have you done! Do you realize what subjugation would reduce you to? You would become toilsome slaves of the Spaniards! Look at the glorious nations they have conquered, look at the misery to which they have been reduced! Look at the Tagalogs! The Visayans! Do you think the Spaniards would consider you any better?

Have you not seen how the Spaniards trampled them under their feet? Do you not see how they are obliged to work at the oars and at the factories every day with all their might and rigor? Would you tolerate anyone with a little Spanish blood to beat you up and take the fruits of your hard work!

Allow yourselves, today and tomorrow you will be at the oars! As for me, I would be a pilot on their ship, the biggest offer they would allow!

Do not let their sweet words fool you. Their promises coat their lies, which, little by little, will allow them to control everything. Think about how they dishonored the small promises they made to the rulers of other nations, until they had become masters of those rulers. See now how those rulers are being led by a rod!”

After his speech, the Muslim rulers heeded the sultan’s admonitions, and returned to the sultanate’s fold. According to Abeto, they refused to continue helping the Spaniards construct their various fortifications, and eventually took up arms and burned the Spanish forts.

In 1642, five years after Lamitan’s capture, another force made up of Spaniards and Indios attempted to defeat Sultan Kudarat. This time around, the sultan was more prepared and had more help from his fellow Muslim rulers. His forces not only defeated the Spanish-Indio battalions, they also captured their leader.

After consolidating the alliances with the local chieftains again, Sultan Kudarat focused on forging alliances with foreign powers. Working his charisma and political adroitness, Sultan Kudarat expanded his network of allies, which covered a wide territory that spanned Mindanao and parts of Indonesia, Malaysia, and Brunei.

As a shrewd politician, Sultan Kudarat also engaged in an alliance with the Dutch through their trading company, the Dutch East India Company to which he sold rice and slaves captured from the Visayas. He also played off the Dutch against the Spaniards, who were regional rivals in Southeast Asia at the time, both aiming to influence local rulers to gain access to their trading ports in hopes of monopolizing the Spice Trade.

According to Abeto, the Spaniards grew so weary of Sultan Kudarat and how they could not get a grip on Mindanao because of him, that they just gave up and placed a bounty on the sultan’s head, in the hopes that eventually, someone would deliver it to them.

Perhaps no one was foolish enough to take a shot at the bounty offer, especially when the bounty was the most powerful sultan of the country at that time—so powerful, that even Spain could not conquer his lands.

In the end, no prize was ever paid because the bounty was never killed or captured.

Sultan Kudarat Maintained Peace and Stability in Mindanao Until He Died

In 1665, a period of peace between Spain and the Sultanate of Maguindanao was reached not because of any accord or treaty, but because Spain recalled its forces in Mindanao to defend Manila from the threat of invasion by Koxinga, a Chinese conqueror.

The pullout was also the result of the Spanish governor-general realizing that his efforts in Mindanao were fruitless, according to Abeto. This quiet time would last until Sultan Kudarat’s death in 1671.

Sultan Kudarat’s heroism would only be recognized 300 years later, thanks to the Jesuit’s accounts of his rousing speech, and other historical records. Kudarat died at the age of 90, after living a rich and legendary life.

In 1993, Sultan Kudarat became one of only nine historical figures recommended by the National Heroes Committee to be recognized as national heroes, based on a number of criteria, which includes having an idea of a nation, and thinking about future generations.

Sultan Kudarat’s remains are buried somewhere along the banks of the Simuay River in the province of Sultan Kudarat, according to various sources, but their exact location remains unknown. 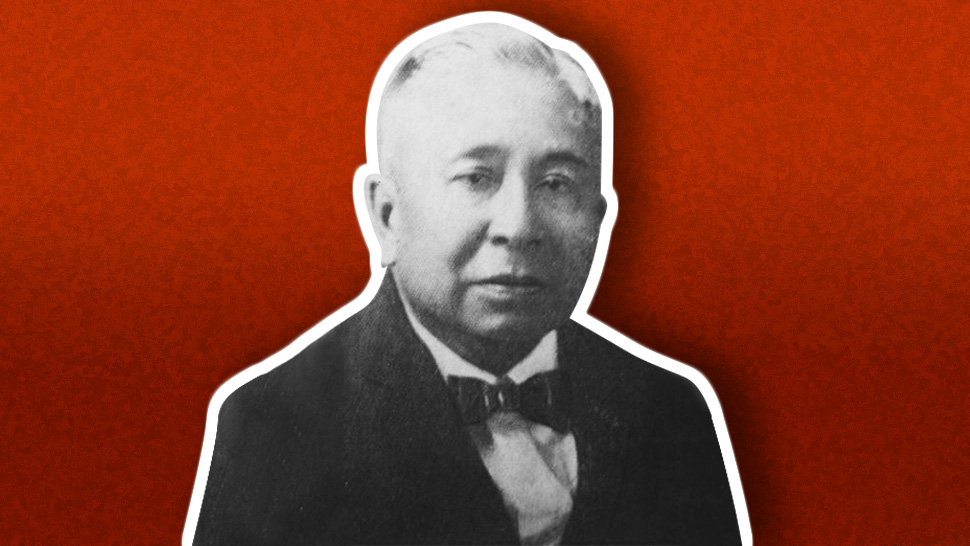