Meet the 23-Year-Old Who Started a Local MMA Tournament 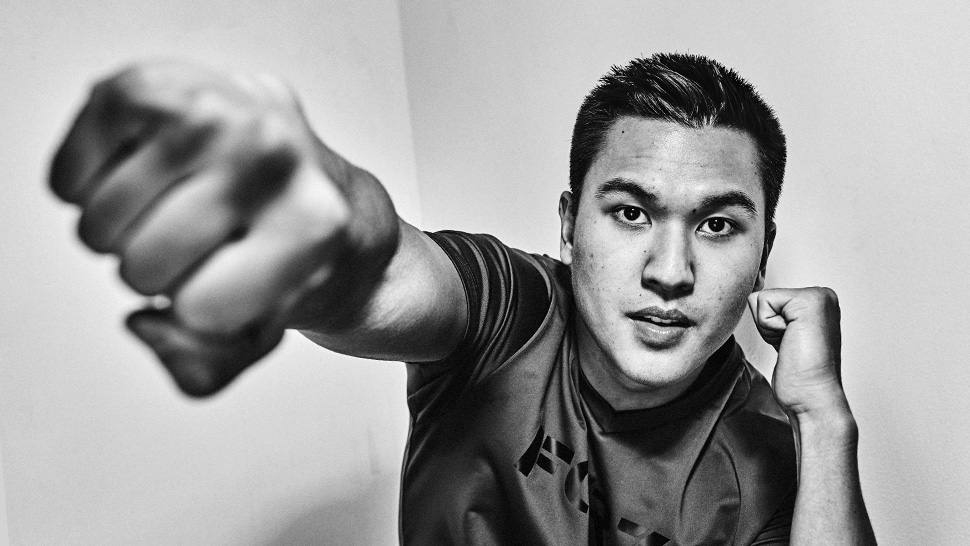 It’s a gray Saturday morning and I’m sifting through my notes. I want them ready and in order. Gino Aldegeur Roque IV has two non-working periods in a week and Saturday morning is one of them.

This isn’t my first time meeting Gino. We walked the same college campus and was in, at least, two classes together—I, in my whatever-I-threw-on-today clothes, and Roque, in his FORZA T-shirt. I remember the impression his T-shirts had on me: This guy sure loves that brand, this guy must be endorsing them or something, I wonder if he damn well owns the company. 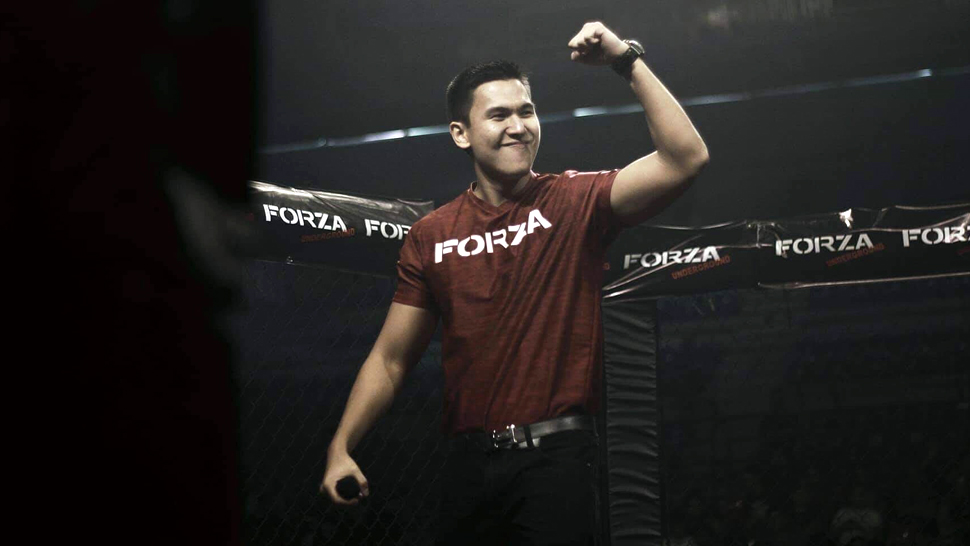 Forza, according to Roque denotes being "rugged": "It’s my personality when I compete. I’m always trying to be the best that I can be.”

This morning, I sit in the Vantage International office, the holding company of FORZA. It turns out that Roque really does own the company. Indeed, all three of those impressions are true. Just as I begin to wonder whether he would arrive in a FORZA T-shirt or not, he walks into the room.

I spring up to greet him, and I have my hand shaken in a vise-like grip by the former member of the Philippine men’s national water polo team and CEO of FORZA. And of course, he’s wearing a FORZA T-shirt.

The shirt is just one of a couple thousand sold this month. It joins a line of T-shirts, polo shirts, shorts, and more worn by athletes, amateur and professional alike. The FORZA logo emblazoned at center is done in the sort of font you’d imagine in the middle of the ring in a mixed martial arts (MMA) dojo. In Roque’s words, “It means something. It’s rugged. It’s my personality when I compete. I’m always trying to be the best that I can be.”

It takes some effort to start a company at 20 and grow it from just a few hundred to a few thousand T-shirts sold per year in three years.

And it takes a kind of force-the-effort-out-of-you ethic to expand a T-shirt brand into the first student-versus-student MMA league with over 3,000 paying spectators and the largest obstacle course run in Metro Manila. When I ask about the kind of hours he puts in, the 23-year-old offers that he shuffles between the Quezon City and Makati offices. 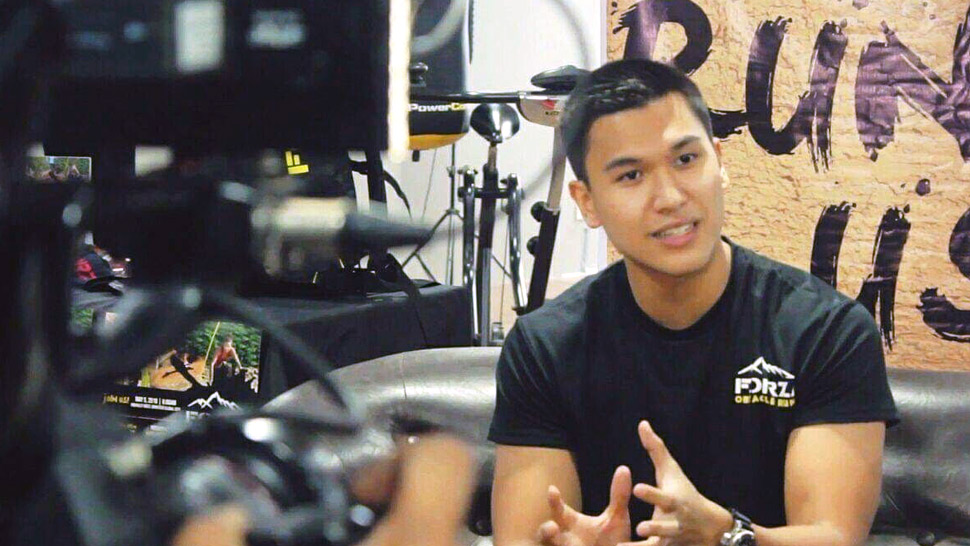 Roque's enterprising ways began when he was in grade school, selling Yu Gi Oh cards to his classmates.

Twelve to 14-hour days are obviously routine for the young entrepreneur. One wonders if he’s taken a real break in years as he recounts his initial brush with entrepreneurship.

“I was eight years old when I started selling Yu-Gi-Oh cards to my classmates,” he says. “It came to a point where I almost got suspended. Nobody had lunch money. I was raking in like P4,000 to P5,000 a day.”

Already I was doing the precarious mathematics of dividing my monthly salary by 30 and comparing it to the daily keep of an eight-year-old.

“Maybe around grade 5, since I wasn’t allowed to sell a certain thing anymore, I decided to sell an idea. At that age, everybody was so into ‘Who’s your crush?’ right?" he says. "So I put [all the crushes] in a box with a lock, [the ones with] those three-digit number codes. Every guess [was] 20 pesos. Then people would line up just to find out. So I’d earn, like, P700 a day.”

But then, once again, the young boy found his parents called to the office of the principal and himself being told that he “can’t sell anymore.”

Doing his own thing 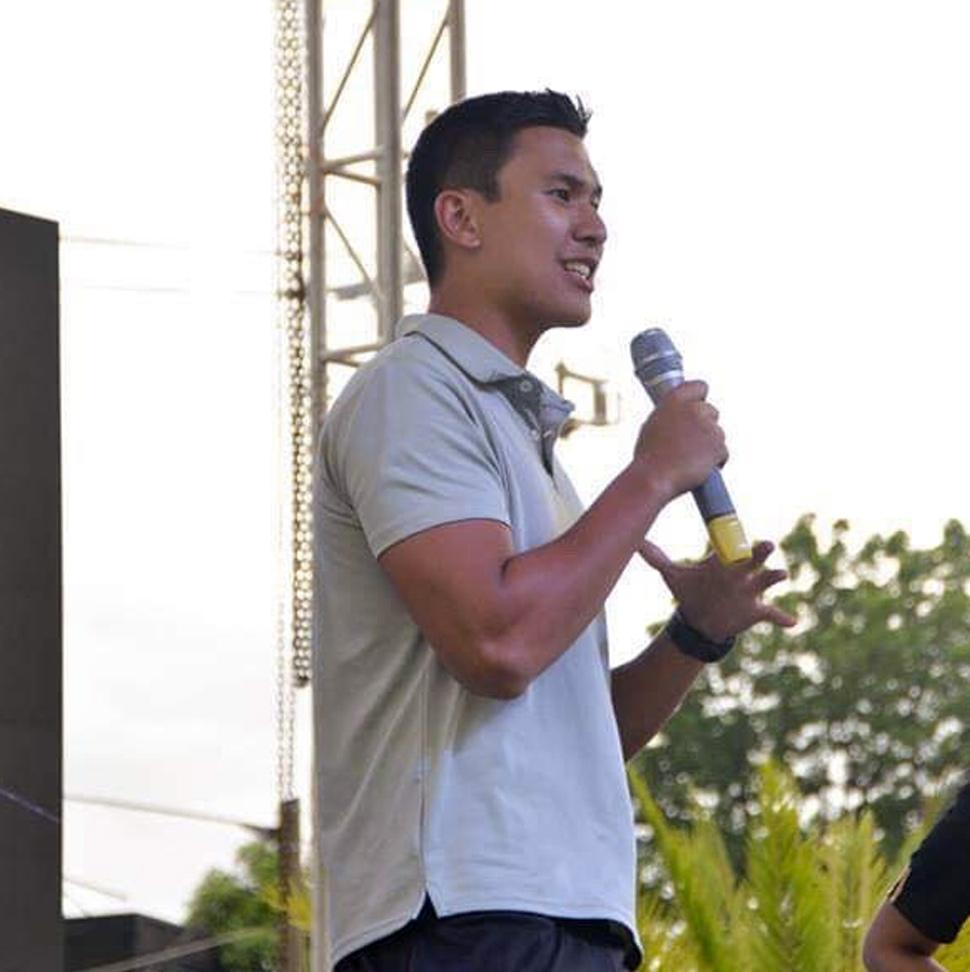 According to Roque, he never considered himself to be "super smart" so he had to get ahead another way, which was to start early.

Growing up in the family behind Vantage International, a sister company of popular apparel brand Kamiseta, Roque was eager to learn something that wouldn’t suspend him from school.

He already had the initiative to try things on his own and the time was ripe to learn some structure. “So I became a sewer, packer, merchandiser, salesman, then a manager, then a branch manager. And then I started my own thing,” he says.

Most people would have comfortably nestled themselves in the workings of a business that was already up and running, but for Roque, starting his own thing was a non-negotiable—it was just a matter of what and when.

“I’ve never considered myself super smart so my only thing was to start early,” he says to address the question of when. “To get ahead. When I was still studying, I was already working so that when I graduated, I’d already have something to do. There would already be a platform.”

On the question of what, Roque recalls branching out into clothes because, at that point, he was already doing events. Having worked his way through the various aspects of apparel, getting ahead quickly in the manufacturing and sales of clothing would be easier. 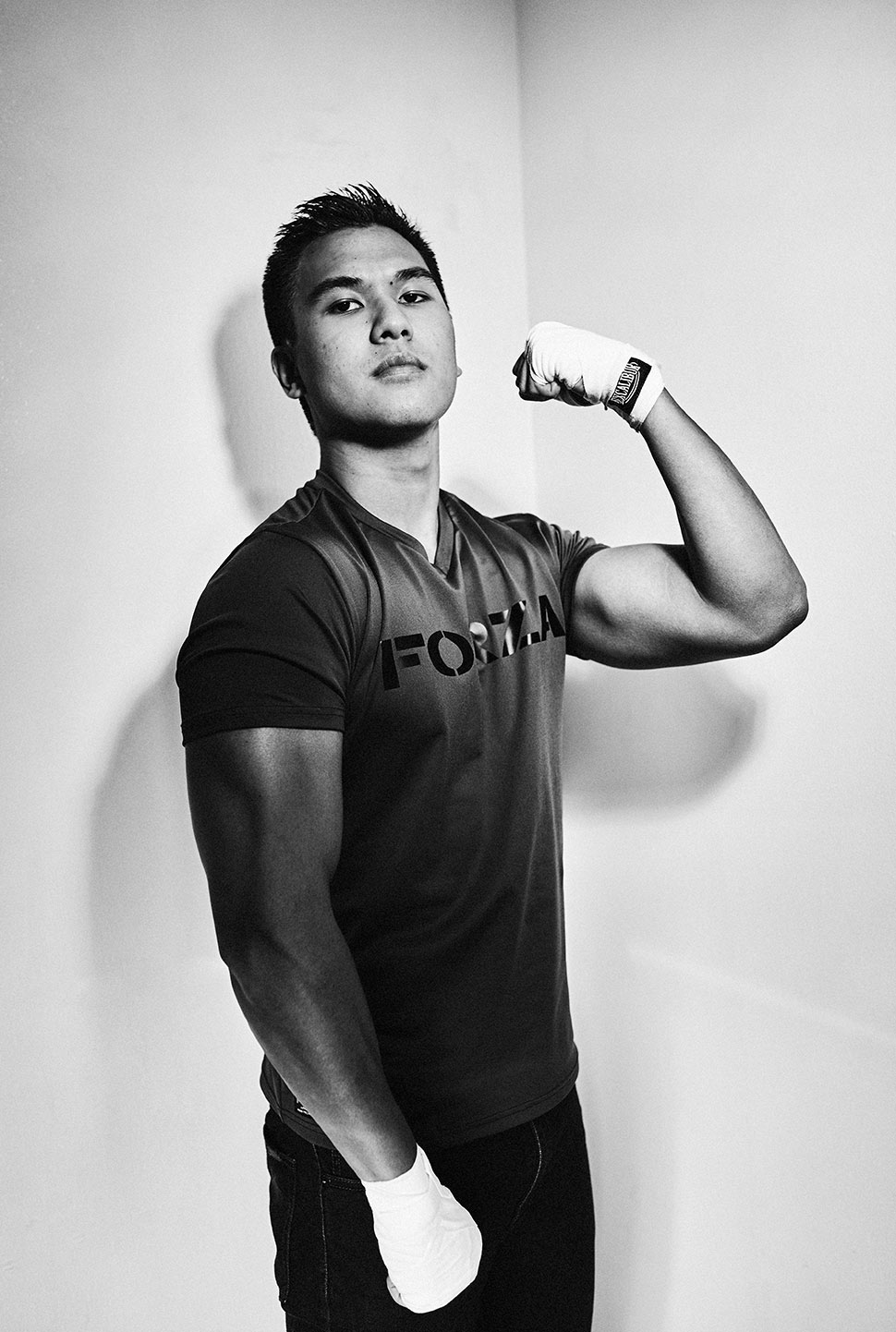 “We’ve been doing clothes for so long, so it was the easiest way for me to get a feel of it,” he says. But rather than just creating a new line of clothes and slapping some branding on it, the young entrepreneur decided to take a new turn, creating a wholly Filipino athletic-wear company. “I just wanted to try it because I was so into sports,” he adds.

The initial marketing for FORZA was done via Facebook, helping the company sell hundreds of T-shirts. Roque says something about FORZA just clicked and he felt that it would be sold out. And it did.

But his passion for doing events didn’t waver. In October last year, Roque came up with FORZA Underground, which gathered a 3,000-person crowd cheering on students from universities across the country.

“Fighters from Baguio, Batangas, Valenzuela, and Cavite fought for belts and pride, and put on a helluva good show,” he says. “Mind you, these events are terrific avenues to market the clothing brand, too. Every time we have these events, like when we channel 3,000 people, people are bound to buy.” 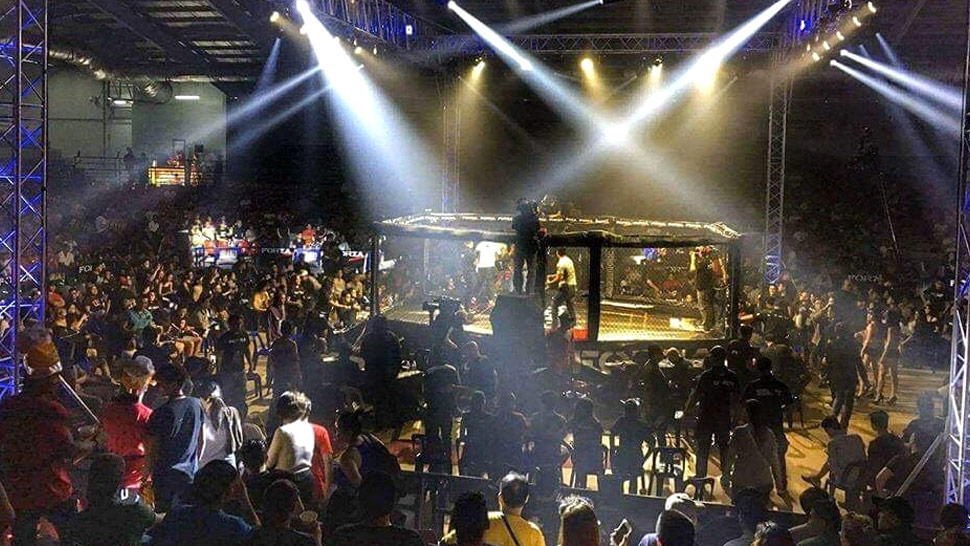 The apparel brand has since expanded to meet the demands of FORZA Underground and a separate event called the Obstacle Run. “Since it’s an athletic brand, we’re not tied to one sport,” he says. “I really want to tap into as many sports as I can.”

The Obstacle Run was also another opportunity to market the FORZA brand. “In terms of difficulty, it was the hardest one I’ve done by far,” he says. “I didn’t go home for three days and stayed on the [McKinley West] site. But it paid off. Now we’re the biggest obstacle course run in Metro Manila.”

Before the year ends, FORZA Underground will be hosting its biggest event to date. On December 22, the Fil-Oil Flying V Arena, with a seating capacity of 4,500, will be the venue of FORZA Underground II. Tickets (patron at P350 and VIP at P850) are on sale forzaph.com. “All traffic goes to the website,” Roque explains. “None from third parties so everybody gets to know the brand.” 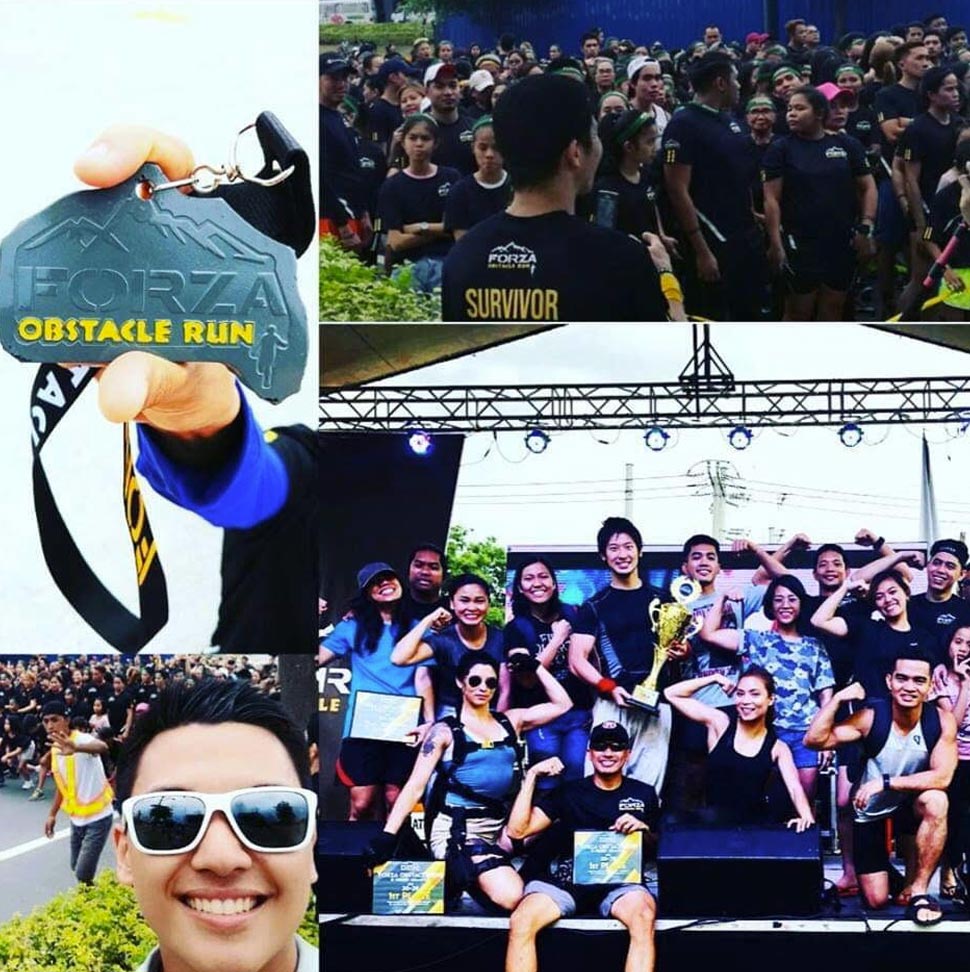 Producing shirts and a tournament is just one phase in Roque's plans.

With his gaze set on expanding the brand and getting more folks on board through 2019, the young founder is looking to add another sport to the growing portfolio. “I’m planning to go to Ultimate Frisbee, basketball, and soccer. I’m really trying to go all around next year.”

And when Roque says "all around," he means it.

“We’re going to have a movie,” he says. “A movie production came to us. They want to do a movie about a fighter who’s on his way up—a fighter who becomes a champion at One Championship, which is Asia’s biggest MMA [platform]. And they chose us.”

While I ponder what to do for the rest of the weekend, I know Roque will be shuffling between one of his two offices and meeting with his 40-plus person team. Maybe I'll hang out somewhere, catch a film, or just relax, but for him, it’ll be just another 12-hour day.

A previous version of this story misstated the number of shirts that FORZA sells . It's a couple of thousand shirts a month, not a year. 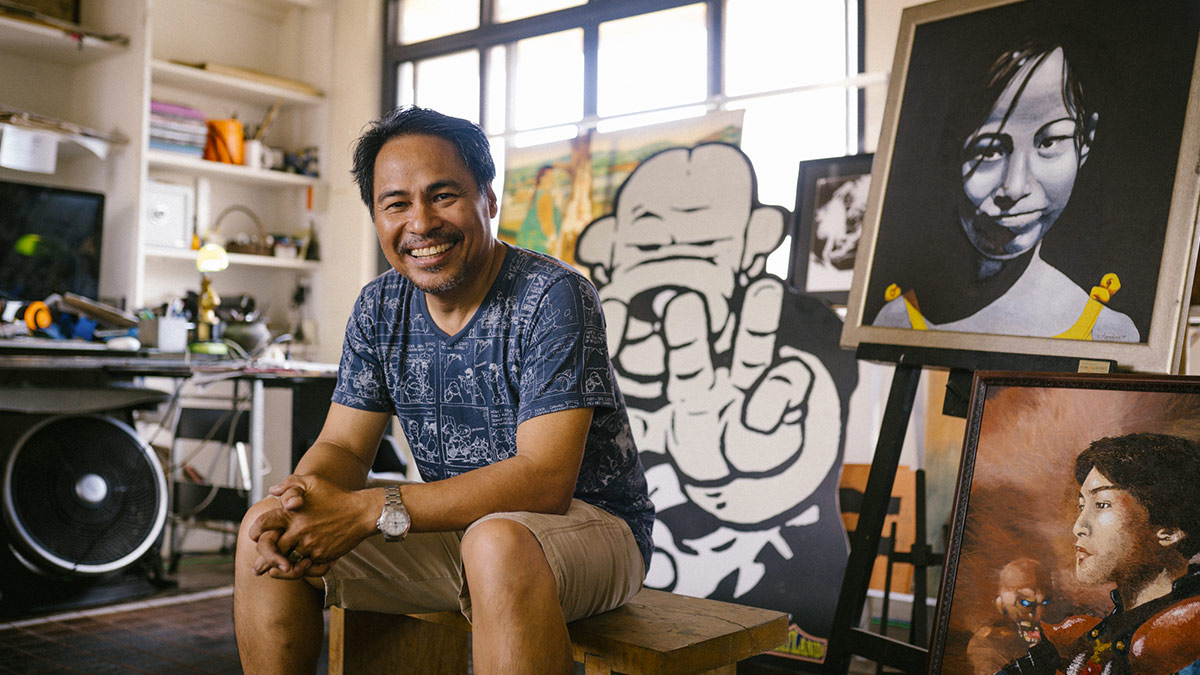 Pol Medina Jr.'s Journey to Pugad Baboy and Beyond 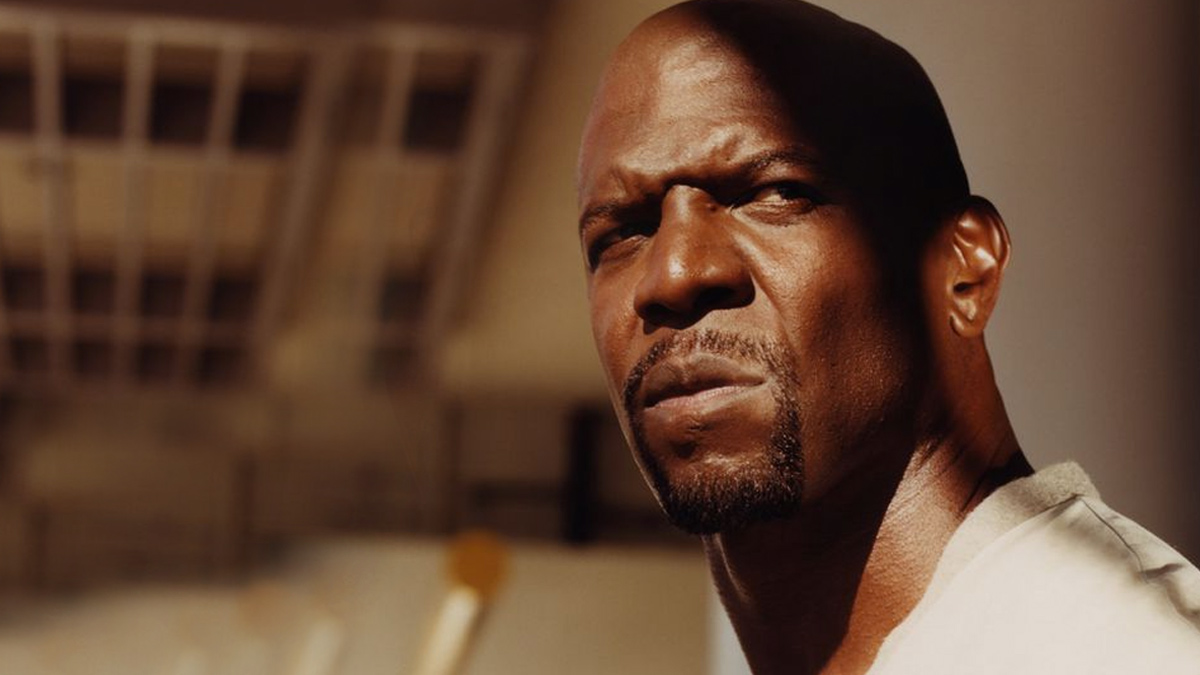