The master mixologist, and the co-owner of restaurants Maharlika and Jeepney in NYC, tells us what he's learned. 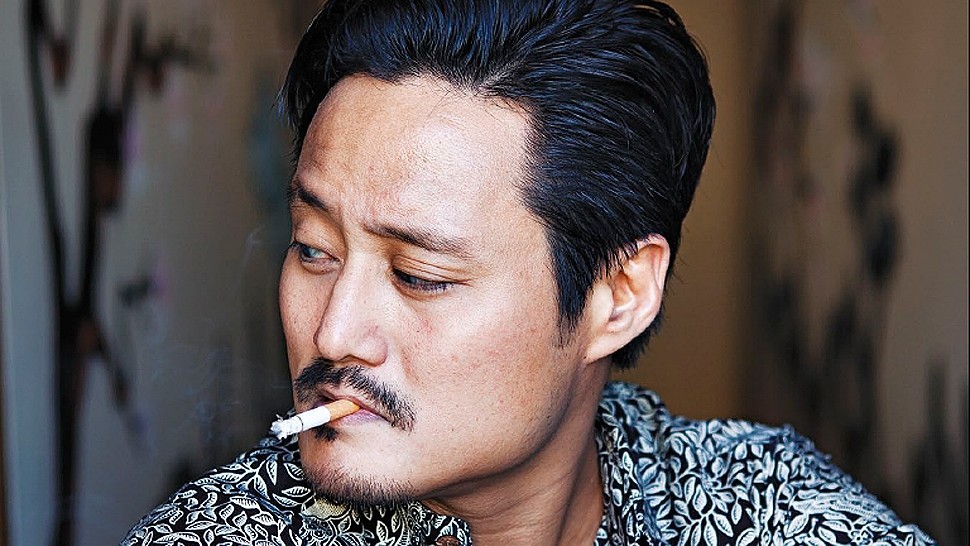 If I were a cocktail, I’d probably be one from the boozy, brown, and bitter—stirred—category of cocktails for reasons both literal and inexplicable. I may at times seem like a Sazerac or a Vieux Carre yet, on the average, I’m simply more like a Manhattan or an Old Fashioned. While the alliteration actually does some justice in describing my personality the cocktail names seem to resonate with my reality.

I joined a band called JUS Evolution. The singer kinda looked and sounded like Hendrix; the music was a mix of hip-hop and rock. Well I wouldn’t say it was a complete waste of time, but fast forward to 2010, they made me decide, band or restaurant.

While the promise that “this is the year we tour the world” was a new one, it certainly wasn’t all that compelling. We had a good six years...of being in the same place, never going out of town. Leaving the band was a purely pragmatic decision and one that didn’t take much thought at that.

And though I’d been playing music much longer than making drinks, I couldn’t deny that in order to enjoy some fleeting moments of self-indulgence and performance bliss, I still had to earn money for rehearsals, gear, et cetera.

I don’t think I’ll ever “give up” on music. If the difference between being a professional and amateur is merely a financial concern then consider me an amateur for life. I will always find and create some time to collaborate with friends.

One of the times I felt most helpless and powerless—I had just been offered a full-time position at the newly relocated St. Ann’s Warehouse, and had begun the application process for a work visa. Its new neighborhood, DUMBO—a no man’s land turned artist haven, was a developer’s dream. After work one day, I settled into a cocktail and some jazz at Smoke lounge on 120th Street when I got a call from our dreaded director. Apparently, I forgot to lock up the back entrance. She expressed the possibility that they would no longer be sponsoring my work visa.

Everything I had worked for thus far in NYC: desk-jockeying the AM shift at my school and interning as a stagehand during summer seemed to mean less and less. But, in the end, things worked out the way they were meant to: I was let off the hook and given a second chance. Now, the value of being thorough and consistent is embedded in my being.

Like any big city, New York can be lonely and unforgiving. Early on I learned that if you want to get ahead or even just get by you have to come to terms with that. Fear and uncertainty are things you can’t waste your time on.

It was a step up, working [as a bartender] at 5 Ninth. The cocktail menu was developed by Esquire’s David Wondrich, in fact. It was a very happening neighborhood. What I enjoyed about the service there was that there was still a lot of room to be yourself.

I didn’t think at any point that I was going to stop bartending, I didn’t feel like it was anything to be ashamed of.

Around summer of 2007, before I left 5 Ninth, my co-worker’s girlfriend (Nicole Ponseca) and I started talking about Filipino stuff, brainstorming. She had been wanting to put up a restaurant for a long time. I was also looking for a way to secure an investor visa.

One of my highest points was when, through sleep-deprived eyes, I surveyed our bustling pop-up brunch crowd and noticed not one single brown person present. Upon meeting my partner’s similarly observant gaze, we smiled silly grins; both realizing that we had hit a new mark—Filipino cuisine and culture was about to tap into a larger sphere of awareness (not yet quite the Top 40 act but one on its way to getting signed...)

When Maharlika was conceived, it was out of a desire to share Filipino food and culture—with pride and to/for everyone. Things just really ran away from there. After a year, another opportunity arose just one block up from Maharlika. The owners of Sa Aming Nayon were closing down their restaurant and offered it to us, so we took over the space and put up Jeepney.

Our aim was to create an atmosphere that reflected our personalities, culture, irrespective of where we were born, and our ways of life—but one that is also aligned with the Western style of dining as well as very specifically so with the New York scene. This basically involved remodeling the prevailing notions of Filipino restaurant “standards” of portion size, pricing, hours of operation, drink service and hospitality.

What I learned from my father—technically, I learned this by observation: Sometimes, if you speak softly people will learn to listen more carefully.

And from my mother—try everything once. There’s no other way to have a real opinion otherwise. 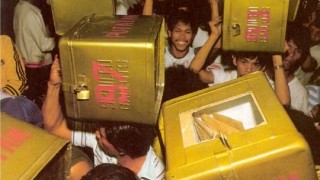 Mina Fajardo Bergara of the COMELEC 35

"Journalists are not just quiet observers of history unfolding."&#8211Atom Araullo
All Photos
Comments
View As List