Should Patients with Mental Illnesses Be Held Without Consent?

The passing of the bill was considered a victory for the mental health community, but advocates are worried about loopholes that could be used against patients. Here are the bill’s pros and cons. 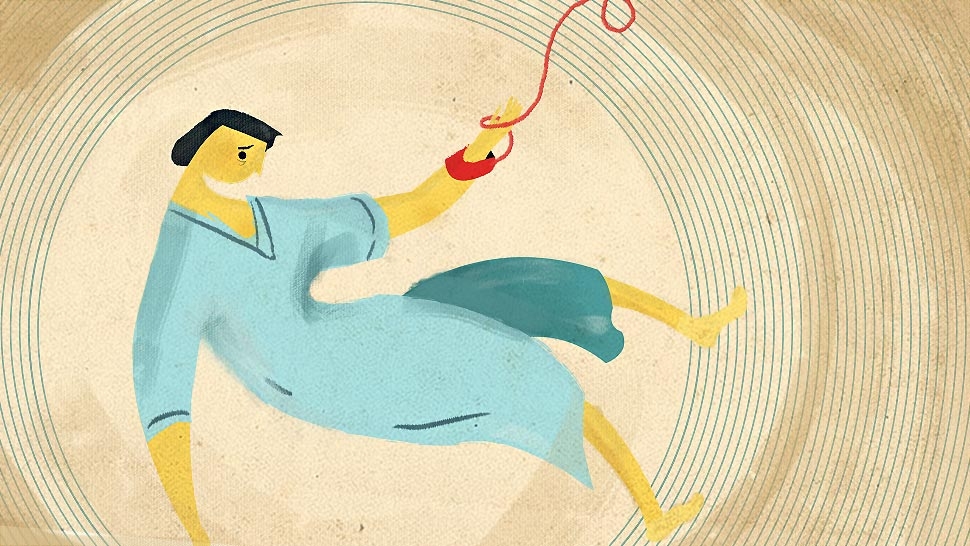 When the Senate finally passed the Mental Health Bill on May 2, 2017, it was considered a win for the mental health community. The House passed a similar, unnumbered bill on May 10, and it is currently up for plenary. If it gets a majority vote, the Senate and the House of Representatives will consolidate their bills at a bicameral conference committee and present the final bill to the President for approval.

The purpose of SB 1354 or the Mental Health Bill is to affirm every mental health patient’s right to affordable psychosocial care and freedom from discrimination and stigma. If signed into law by the President, it will make treatment available at all levels of the national health system.

In Section 5, the bill recognizes patients’ rights to receive “psychosocial care and clinical treatment in the least restrictive environment and manner,” and “human treatment free from solitary confinement, torture, and other forms of cruel, inhumane, harmful, or degrading treatment.”

The bill states that patients have the right to give their full, informed consent before they receive any treatment, as well as the right to appoint their own legal representatives in Sections 5 (m) and (o). Section 8 emphasizes that “All persons, including service users, persons with disabilities, and minors, shall be presumed to possess legal capacity for the purposes of this Act or any other applicable law, irrespective of the nature or effects of their mental health condition or disability.” 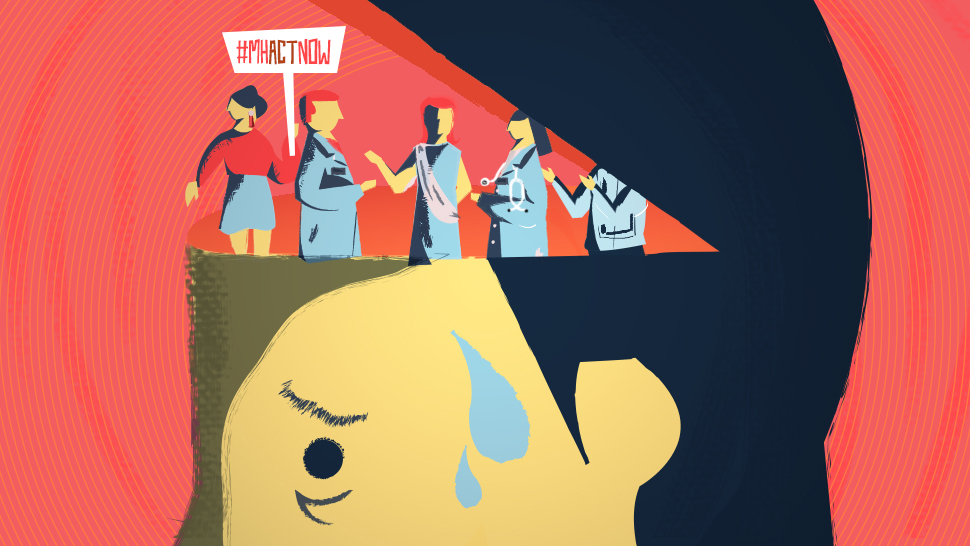 Under Section 11, people with mental illness may appoint three “supporters” to help them make legal decisions. These people will be allowed to consult with the patient regarding his or her course of treatment, access his medical records, and be present at his therapy sessions. Section 9 also gives patients the option of issuing a notarized “advanced directive” on how they want to be treated for their mental illness.

The bill will also make basic mental health care available at the barangay level, including “community resilience and psychosocial well-being training,” which is crucial for communities that face conflict and natural calamities [Section 14 (b)].

The bill also pushes to remove the stigma surrounding mental disorders through education: there's a provision that requires local government units to distribute mental health information to the public [Section 14(e)], and another that requires schools to teach “age-appropriate content” at all levels (Section 17). The bill requires companies and educational institutions to “raise awareness on mental health issues; correct the stigma and discrimination associated with mental health conditions; identify and support individuals at risk; and facilitate access of individuals with mental health conditions to treatment and psychosocial support.”

If all of these provisions can be effectively implemented, the Mental Health Act could have an overwhelmingly positive impact on the perception of mental illness in the Philippines, as well as the quality of life of Filipinos with mental disorders. Advocates like Senator Risa Hontiveroes, who co-authored the mental health bill, and celebrities like Miss International Kylie Verzosa, and Khryzza Pinzon of the Student Council Alliance of the Philippines have lobbied for the bill to be passed by Congress.

However, not all mental health advocates are happy with the current version of the bill. Janice Cambri, founder of Psychosocial Disability-Inclusive Philippines (PDIP), takes issue with Section 13, titled “Exceptions to Informed Consent.” This provision states that, in the case of a psychiatric emergency—meaning one has temporarily lost his or her legal capacity and poses a threat to himself or others—the patient concerned can be involuntarily admitted to a hospital or institution, so long as the order has been given by his or her doctor. 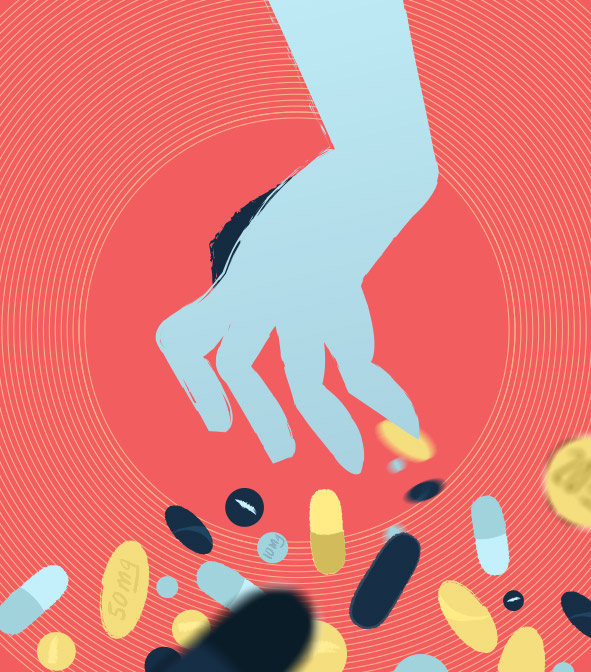 Of course, there are certain safeguards in place: for one thing, Section 13 also holds the person can be confined only as long as the loss of mental capacity persists. The doctor’s decision has to be evaluated by the hospital’s internal review board within 15 days from the patient’s admission, and every 15 days thereafter. The patient’s treatment must also be “in strict accordance with guidelines approved by the appropriate authorities, which must contain clear criteria regulating the application and termination of such medical intervention."

However, Cambri has issued a statement saying that involuntary admission violates human rights standards set by the UN Convention on the Rights of Persons with Disabilities. “The bill is supposed to protect persons with psychosocial disabilities yet it is extremely ironic that it allows involuntary treatment and commitment to a mental health facility, which are considered torture and root causes of rights violations within the country and around the globe,” she says.

According to Cambri, institutionalization often involves “administration of irreversible mind-altering procedures (electroshock, psychosurgery) and pharmacologic restraints which have established adverse effects and cause profound suffering. These permanent, long-term, and short-term damages are well documented in mainstream psychiatric research and human rights organization literature.”

“As a signatory to the CRPD, our government has the obligation to uphold nondiscrimination on the basis of disability, the prohibition of impairment-based detention and to ensure that mental health services are based on free and informed consent of the person concerned,” Cambri adds.

On the other hand, Kates Montinola An, administrator of the Anxiety and Depression Support Philippines group on Facebook, believes that there are some cases in which involuntary treatment can be justified. “It’s really applicable for the extreme cases,” she says. “There are cases where they are incoherent, nananakit, wala na sa sarili and of course, they need someone who will make decisions for them.”

However, she’s also concerned that loopholes in the bill could allow those with ulterior motives to take advantage of mental health patients, especially when it comes to legal cases concerning child custody or inheritance. “If you think about it closely, pwedeng magamit ’yung mental health condition laban sayo, for legal cases. It’s easy for a carer to say na malala ka na, nananakit ka, o wala sa sarili kahit hindi naman,” she says.

An hopes that once that bill is passed, its Implementing Rules and Regulations (IRR) will have clear limitations and protocols for involuntary treatment.

According to An, caregivers often threaten patients with involuntary admission to silence them. “I have a friend, kahit inaatake lang siya o may rason magalit, lagi siya tinatakot na papaospital. For me, I have a problem with my partner and he always scares me 'pag galit siya na kukunin niya mga bata and he’ll use my condition against me, kahit siya naman ang at fault. Kung may mana ka, madali ka idiscredit.”

An hopes that once that bill is passed, its Implementing Rules and Regulations (IRR) will have clear limitations and protocols for involuntary treatment. “Sana may triage for determining who is qualified for that at paano papatunayan ng patient that she can still decide for herself.”

The bill does have other provisions that, if executed properly, can help address mental health advocates' concerns. Under Section 22, the current version of the mental health bill charges the DOH with the responsibility of coming up with “alternatives to institutionalization, particularly community, recovery-based approaches to treatment aimed at receiving patients discharged from hospitals, meeting the needs expressed by persons with mental health disorders, and respecting their autonomy, decisions, dignity, and privacy.”

It also gives the Commission on Human Rights a mandate to investigate all cases of involuntary treatment under Section 23 (c). It is clear that the purpose of these checks and balances, together with the safeguards mentioned in Section 13, have been proposed in order to prevent human rights abuses. Assuming that the mental health bill in its current form will be signed into law, whether these abuses can be avoided all depends on how effectively the government can implement and uphold these policies. 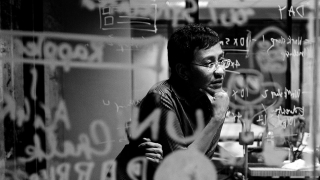