The Malampaya gas field is a vital part of the Philippine gas industry.

The two parties involved in the deal were Udenna Corp. subsidiary UC Malampaya Philippines Pte. Ltd and Chevron Philippines Ltd.’s subsidiary Chevron Malampaya LLC. The deal took place on October 25, but was just announced on November 13. The purchase amount is yet to be disclosed.

According to a report by Inquirer, Malampaya gas field plays a vital role in the country’s gas industry as it’s the largest and only commercially producing gas field in the Philippines. Malampaya gas field also supplies 20 percent of the national demand for electricity.

"The acquisition of Chevron's interest in the Malampaya gas field marks an important milestone for Udenna, fitting strategically with our long-term ambitions of developing a sustainable clean energy business in the Philippines," Uy said.

The Malampaya deal marks Uy’s first venture into the natural gas field. Uy is also the founder of Udenna’s billion-peso fuel and oil subsidiary Phoenix Petroleum, notable for being the first Davaoeño company to be listed on the Philippine Stock Exchange.

This is not the first acquisition, and possibly not the last, of Dennis Uy’s in 2019. In the last few weeks, Uy has been expanding his business interests in the food, car, and shipping industries.

News of Uy’s Malampaya purchase broke just one day after it was announced that Uy had also purchased 100 percent of the Philippine franchise of international service food chain Wendy’s on November 12.

Just a few weeks ago on October 25, it was also disclosed that Dennis Uy’s Motostrada Inc. had become the exclusive general distributor and dealer of Ferrari sports cars, parts, and accessories in the Philippines. The deal was closed on October 15. 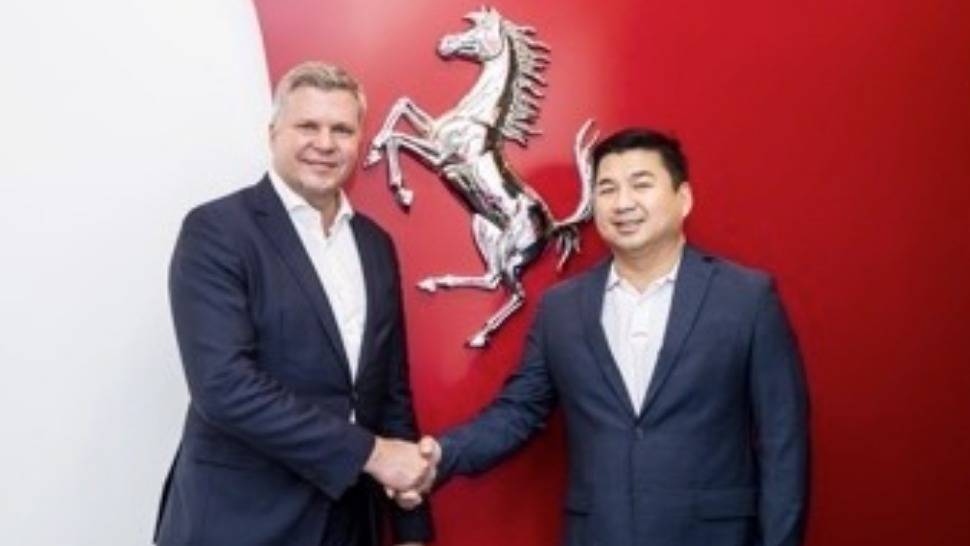 Uy also purchased 100 percent of the Cebu-based shipping company SuperCat Fast Ferry Corporation on October 9. Following the acquisition, SuperCat ceased being a subsidiary of 2GO, a logistics company that Uy also heads as chairman of the board.

Prior to these four major deals in 2019, Uy purchased 70 percent of popular casual restaurant chain Conti’s in September of 2018 and 100 percent of the Philippine franchise of FamilyMart in January of 2018, thus furthering Uy’s interests in the food and convenience store industries. Uy’s most notable buyout was his full acquisition of BGC-based Enderun Colleges, Inc. in July 2017.

Outside his corporate shopping spree, Uy’s business ventures also include taking over the development of Clark Global City in 2017 and launching Dito Telecommunity in 2018, a China-backed telecommunications company expected to break the Globe-Smart telco duopoly.

The rising tycoon has kept a relatively low profile, flying under the radar as his business empire expands. But with his latest acquisitions, his name has been thrust into the spotlight more than once.

At 46 years old, Uy’s net worth is reported to be $660 million or P33.5 billion. He appeared on the Forbes Philippines rich list just this year, debuting as the 22nd richest person in the Philippines thanks to the expansive reach of his billion peso conglomerate, Udenna Corporation.

The De La Salle University graduate and Davao native has been a close friend of President Rodrigo Duterte since he was the mayor of Davao, and was a major financial backer to Duterte’s presidential campaign.

The self-made oil tycoon’s business strategies have been called “aggressive” due to his buying spree. However, the tycoon’s Udenna Corporation is facing enormous debt as a result of the new acquisitions.

In 2017, his liabilities were reported to be P104 billion. According to Manila Standard, Uy’s major lenders are BDO Unibank, Philippine National Banks, and Bank of China.

Uy defends that acquisitions are the road to business growth, stating “You grow the business in combination of debt and equity and debt is cheap.”

Now it’s a waiting game of whether Dennis Uy’s acquisitions will pay up.

Philippine Q3 GDP Growth Rate Climbs to 6.2%, the Highest in 2019
All Photos
Comments
View As List