New roads are coming, but it will probably get worse before it gets better for Manila's commuters

The debate about Metro Manila’s “true midpoint” is not new. It happens almost every day—over family dinner, drinking sessions, high school reunions, and even on dates. The north and south divide is real and can be a litmus test for friendship or romance. I remember one friend who’d complain about being in a long distance relationship because her boyfriend was living in Fairview. She would often joke that “It was faster to go to Hong Kong.”

This will no longer be the case once the Luzon Spine Expressway Network is implemented. Before the end of the administration of President Rodrigo Duterte, travel time from Alabang to Quezon City will be reduced from over two hours to only 20 minutes.

Ilocos to Bicol in eight hours

A total of 939.38 kilometers of High Standard Highways/Expressways in Luzon are targeted to be constructed, which is more than twice the 382.26 km of existing expressways. Once completed, travel time from Metro Manila to La Union will be reduced from about six hours to just over three hours. Moreover, going from the Ilocos region to Bicol will only take about eight hours from the current 19 hours.

One of the first projects to be completed under this alignment is the NLEX Harbor Link Segment 10, which is expected to open today, February 28, according to Department of Public Works and Highways Secretary Mark Villar. The 5.65-kilometer elevated expressway is expected to alleviate traffic congestion in Metro Manila as it is seen to divert approximately 30,000 vehicles daily from surface roads and reduce travel time from C3 in Caloocan and Karuhatan in Valenzuela from one hour to only ten minutes.

Traversing the cities of Valenzuela, Malabon, and Caloocan, the NLEX Harbor Link Segment 10 is also expected to facilitate efficient delivery of goods as cargo trucks will have 24/7 direct access from the port area to the provinces in northern Luzon and vice versa. 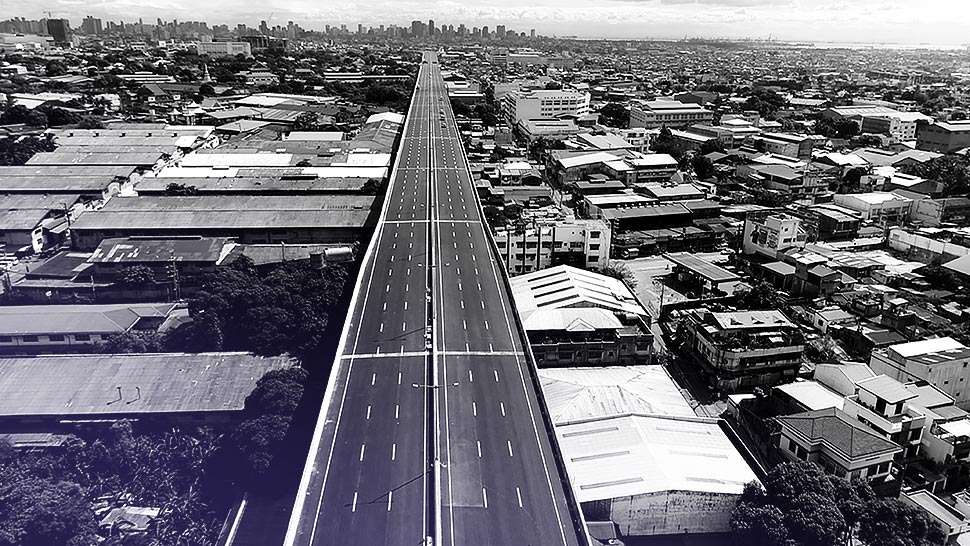 The next phase of this project is the 2.6-km section from C3 Road in Caloocan City to R10 in Manila. This is also expected to be completed within the year.

Along with the full opening of the NLEX Harbor Link Segment 10 is the partial opening of the new Caloocan Interchange—the fourth gateway of NLEX to Metro Manila, after Balintawak, Mindanao Avenue, and Karuhatan in Valenzuela.

The new Caloocan Interchange serves as the point where the NLEX Harbor Link Segment 10, the C3-R-10 section, and the NLEX Connector will converge.

The NLEX-SLEX Connector Road, an eight-kilometer all-elevated four-lane expressway, which will traverse C3 road in Caloocan City passing through Blumentritt and España, is expected to decongest Metro Manila traffic and provide better access to seaports and airports. It will extend the NLEX Southward from the end of Segment 10 in C3 Road in Caloocan to PUP Sta. Mesa in Manila and will connect to the Skyway Stage 3—a 4.8-kilometer, six-lane expressway which will connect Balintawak in Quezon City to Buendia in Makati.

Once all three projects are completed Metro Manila’s main arteries like EDSA, C5, Quezon Avenue, Araneta Avenue and Quirino Avenue will be decongested by at least 130,000 vehicles daily.

If it’s that much easier to get around, figuring out where the city’s true midpoint won’t matter anymore.

By 2022, the Manila Bay Area Will Be the New BGC
All Photos
Comments
View As List