The House of Representatives approved on third and final reading House Bill 8858, which lowers the age of criminal liability from 15 to just 12 years old, on Monday, January 28.

Under the bill, minors aged 12 to 17 years old who commit serious crimes (e.g. murder, parricide, kidnapping, infanticide, etc.) will be sent to the nearest Intensive Juvenile Intervention and Support Center.

Now that the bill has hurdled the lower house, it’s the Senate’s turn to deliberate on it. The bill is known as one of President Rodrigo Duterte’s pet bills.

Senate President Vicente “Tito” Sotto III, a Duterte ally, has repeatedly and openly said that the Senate will also prioritize the passage of the bill. In a Senate public hearing on January 22, he even presented crime data involving children and used it to support his arguments on lowering the age of criminal responsibility.

But a closer look at the data, which is attributed to the Philippine National Police (PNP), shows exactly the opposite. 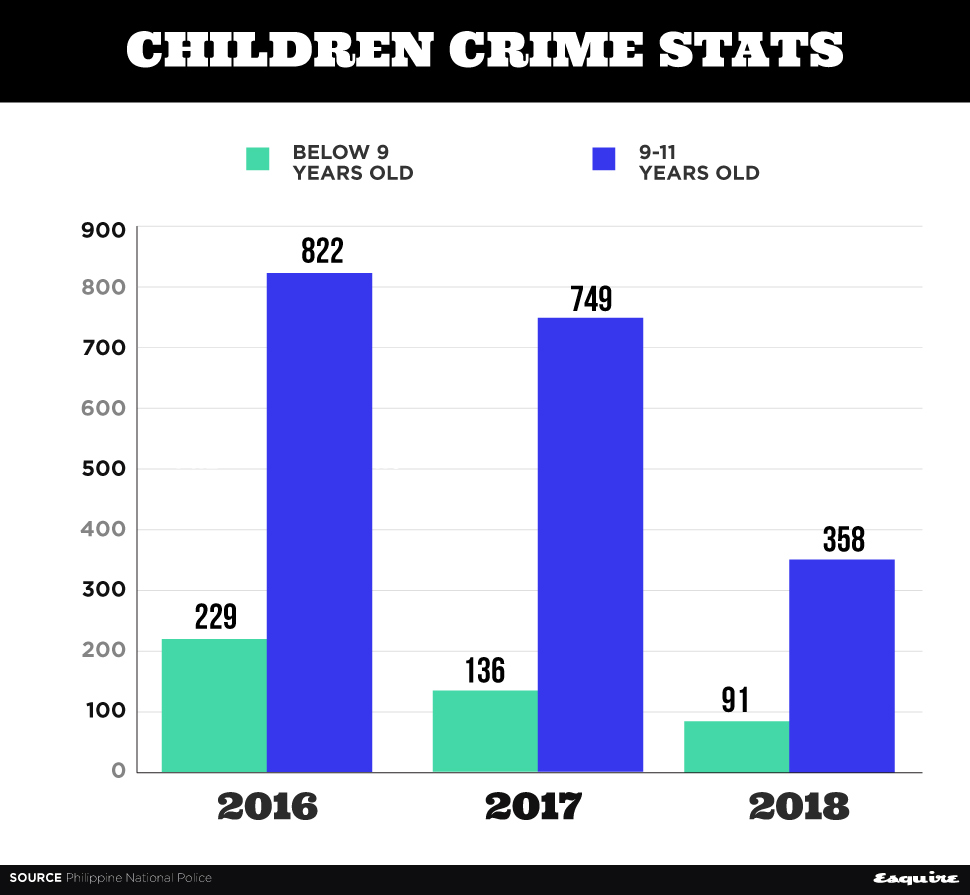 The bill initially proposed to lower the age to as low as nine years old, but legislators increased it to 12 after facing a backlash from the public.

PNP’s data shows that there had been hundreds of cases involving children aged 11 and under since 2016. But comparing the total for each year, the numbers have considerably and steadily gone down in the past three years.

In 2018 alone, crimes involving nine to 11-year-olds decreased by 52 percent. Comparing this to the 2016 figure, it shows that “children in conflict with law” (CICL) have decreased by more than half at 56 percent.

There were more CICL recorded by the PNP belonging to age groups 12 to 15 and 16 to 17, reaching thousands compared to the previous age groups’ hundreds. Still, the trend had been the same for the past three years. 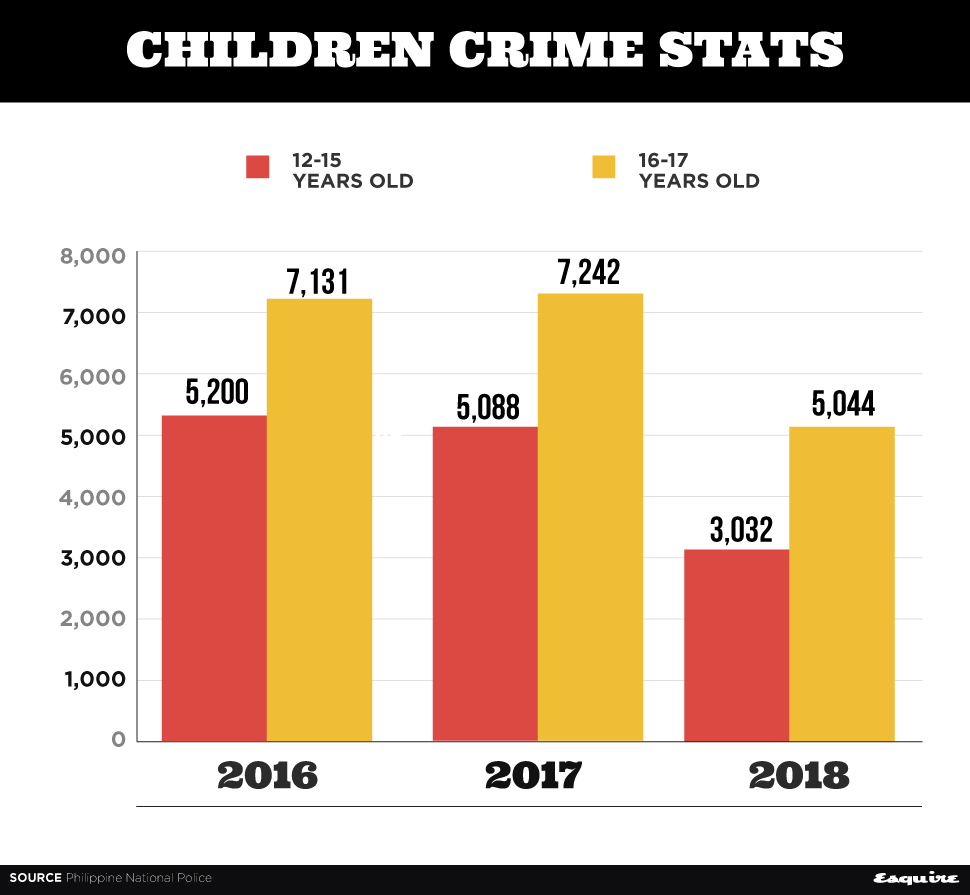 If there’s one thing in PNP’s dataset that could note an increase in CICL over the last three years and probably help Sotto’s case, it could be found under the “undetermined” section. 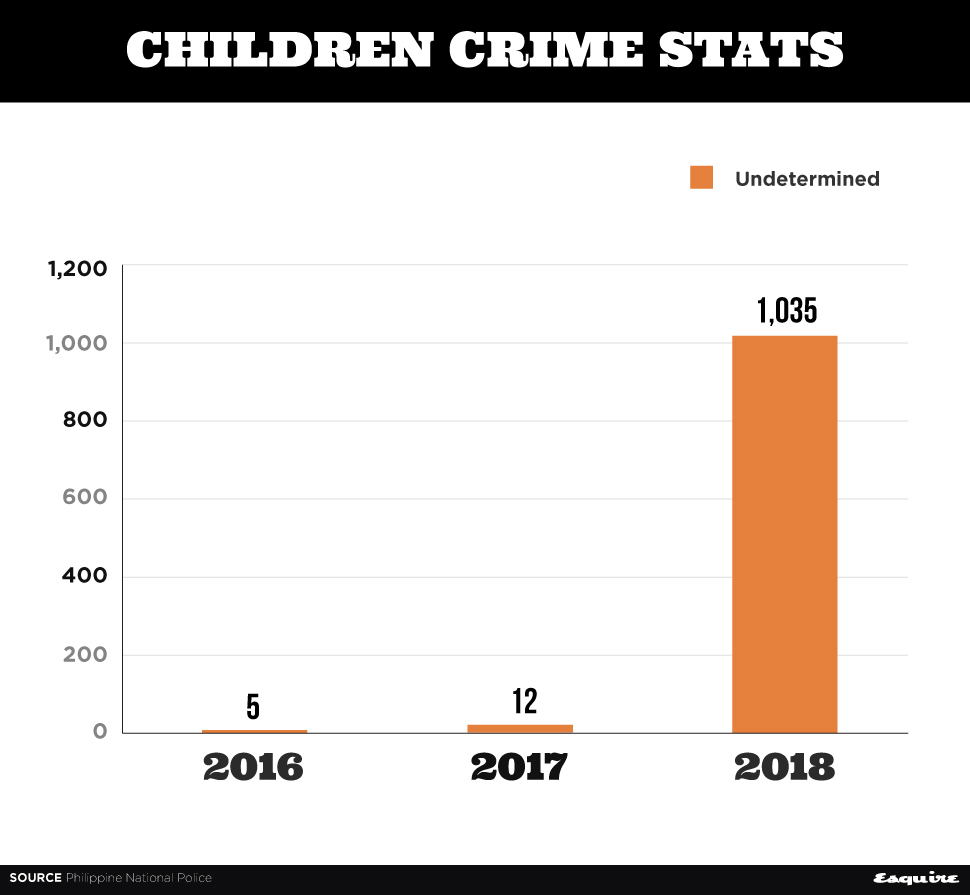 The number of crimes recorded ballooned in 2018 to 1,035 cases from just 12 the previous year and five in 2016. But then again, even though this means an 8,525-percent year-on-year increase in 2018, the total number of cases under the undetermined category remains minuscule at only 11 percent of the total.

It should be noted, too, that majority of the CICL cases recorded were done by children belonging in the age group of 16 to 17 years old, at 53 percent. This is followed by the age group of 12-15, at 32 percent.

So as to why many legislators are hell-bent on lowering the age of criminality to as low as nine is a question we need to ask the adults. 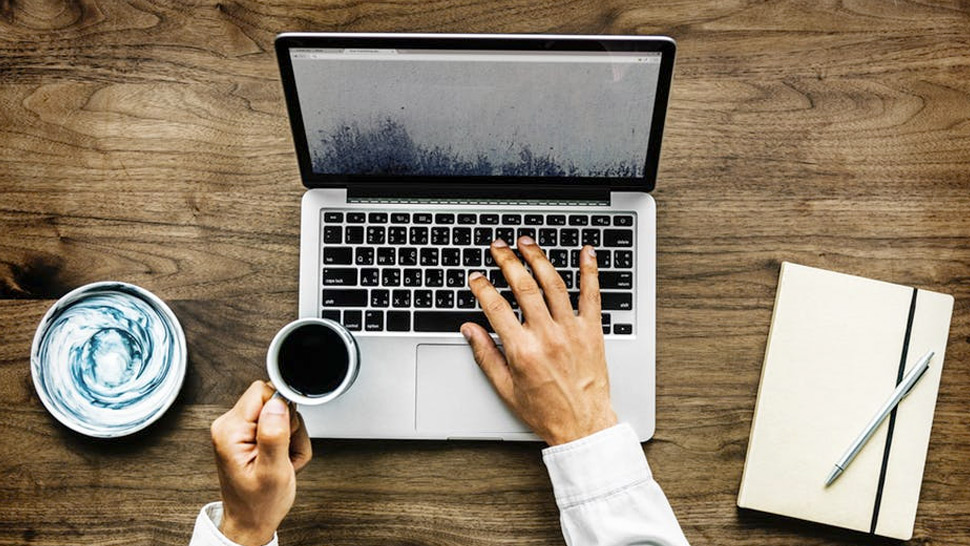 Suits vs. Pajamas: What You Need To Know About the Work-From-Home Law
All Photos
Comments
View As List