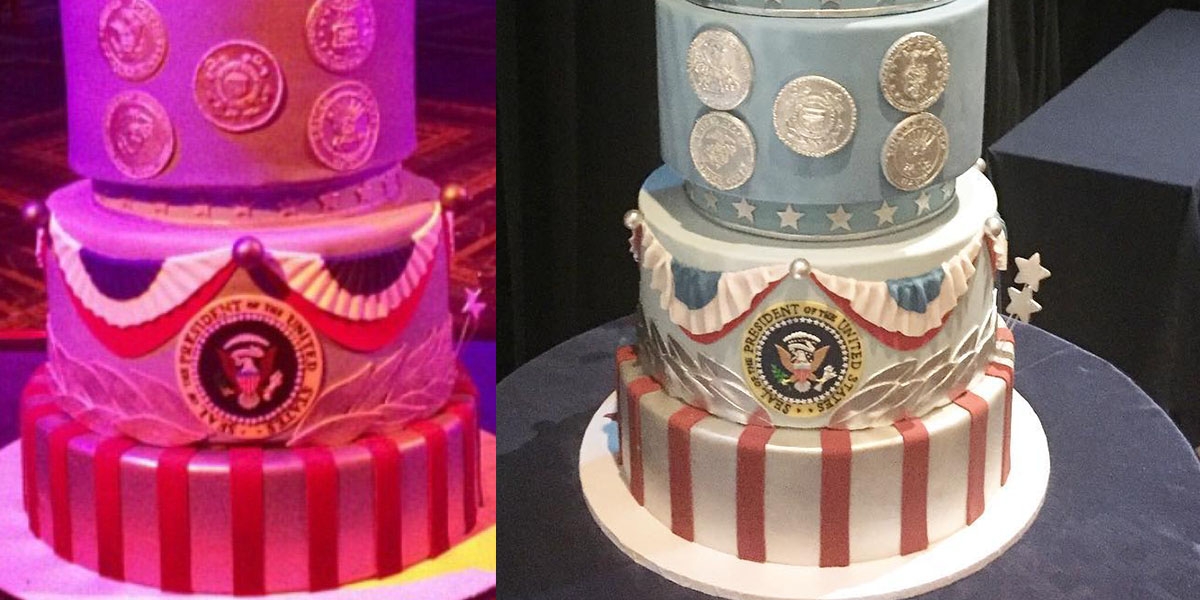 Plagiarism has plagued Donald Trump: national security communications choice Monica Crowley withdrew from consideration because she plagiarized large sections of her book and PhD thesis; Trump's wife Melania plagiarized parts of her convention speech from Michelle Obama; and now, one of Donald Trump's inaugural cakes was copied from a cake for Obama's second inauguration.

Duff Goldman, owner of Charm City Cakes and Food Network host, tweeted out a side-by-side comparison of a cake he made for Obama's 2013 inauguration and the cake Trump and Vice President Mike Pence cut into at the "Salute Our Armed Services" ball.

The bakery that created the duplicate cake, Buttercream Bakeshop, spoke with the Washington Post, and claimed that the person who placed the order asked for the Trump cake to be an exact recreation of the Obama cake.

"They came to us a couple of weeks ago, which is pretty last minute, and said 'We have a photo that we would like to replicate,'" bakery owner Tiffany MacIsaac told the Post. She claimed that while they tried to convince the person placing the order to create a cake "inspired" by the original, the person insisted on a replica.

"They said, 'Nope, they want this exact cake. It's perfect.' And we said, great," MacIsaac said, adding that they would be donating the proceeds from the Trump cake to the Human Rights Campaign, an organization that promotes LGBT rights.

There was, however, at least one major difference between the two cakes: Obama's was made of actual cake and each tier had a different flavor cake inside; Trump's cake was mostly styrofoam, with one piece of real cake for cutting. 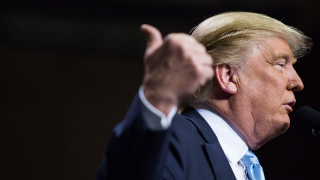