And the future struggle toward LGBTQI+ rights.

The struggle of LGBTQI+ people and same-sex marriage in the Philippines is one that is complicated and convoluted. The LGBTQI+ community is a pillar of Filipino culture and society, stretching back to pre-colonial Philippines when genderfluid babaylans were revered spiritual figures. While LGBTQI+ peoples have been seemingly accepted into society, the reality is that it’s a superficial acceptance that limits them to remain in over-exaggerated stereotypes and caricatures.

And when it comes down to the nitty gritty, the Catholic stronghold of Asia still doesn’t seem ready for the next step toward total LGBTQI+ rights—particularly when it comes to same-sex marriage.

In the Philippines, God is king, and the Catholic Church has staunchly opposed same-sex marriages around the world. In response to that, civil unions were formed as a way of legally recognizing a union between two same-sex partners with the almost all the rights of marriage. Largely considered the first step toward same-sex marriages, civil unions are making progress in the Philippines after Speaker of the House of Representatives Pantaleon Alvarez filed a bill to legalize civil unions for same-sex and opposite-sex couples in 2017.

It was refiled in 2019, and supported by Senators Risa Hontiveros and Grace Poe, yet Senators Tito Sotto and Manuel Pacquiao, who are vocal anti-same-sex marriage advocates, have stated their plans to block the bill should it pass the House and reach the Senate.

With civil unions facing the opposition in the Senate, it’s not hard to imagine the reception same-sex marriage will receive among the Philippines’ numerous conservative and Christian politicians.

The recent petition that was dismissed by the SC is perhaps the furthest same-sex legalization has gotten in the Philippines. The SC dismissed with finality the petition to allow same-sex marriage in the Philippines for the reason that “no substantial arguments were presented to warrant the reversal of the questioned decision,” according to the high court’s notice.

According to the SC, the LGBTQI+ minority’s fight “should be addressed to Congress” instead of the high court itself. The SC has previously affirmed that they recognize the long history of marginalization and inequality faced by the LGBTQI+ community, however, the high court pointed out that the petitioner, Atty. Jesus Nicardo Falcis III violated the principle of hierarchy of court and failed to raise an actual justiciable controversy.

Falcis first filed his petition in 2015 with the goal of nullifying the Family’s Code’s Articles 1 and 2, which restrict marriage to only between men and women, as well as Articles 46 (4) and 55 (6), which categorize lesbianism or homosexuality as grounds for annulment and legal separation.

The SC won’t be entertaining any further pleadings or motions on the matter, said SC Clerk of Court Edgar Aricheta, but the junked petition doesn’t mean it’s the end of the line for same-sex marriage in the Philippines. In fact, it could very well mark the start of another battle toward legalizing marriages for LGBTQI+ community.

According to Associate Justice Marvic Leonen, “Legislation ideally allows public democratic deliberation on the various ways to assure these fundamental rights. The process of legislation exposes the experiences of those who have been oppressed, ensuring that this be understood by those who stand with the majority.”

“Often public reason needs to be first shaped through the crucible of campaigns and advocacies within our political forums before it sharpened for judicial fiat,” said Leonen. In other words, the road through Congress might be the best bet to legalizing same-sex marriage in the Philippines.

State of the Catholic world

There’s no doubt that the Philippines’ undoubtable Catholic-ness is at the heart of the current lack of same-sex marriage. However, a number of Catholic countries have legalized same-sex marriage within the last two decades, namely: Belgium, Spain (which introduced Catholicism to the Philippines), Portugal, Argentina, Brazil, Uruguay, Colombia, Ecuador, and Ireland. In Asia, only Taiwan, Akrotiri and Dhekelia, and the British Indian Ocean Territory are the only places where same-sex marriage is legalized.

While Pope Francis has stated more than once that homosexuality is not a sin and that the LGBTQI+ people should be shown compassion instead of condemnation, the head of the Catholic Church still stands firm against same-sex unions.

To say that the Catholic world is divided is an understatement, but there has been progress in legalizing it around the world. It will likely be years before same-sex marriage in the Philippines is legalized, but if Falcis’ case got this far, there’s no telling how far the cause will go in 2020 and beyond. 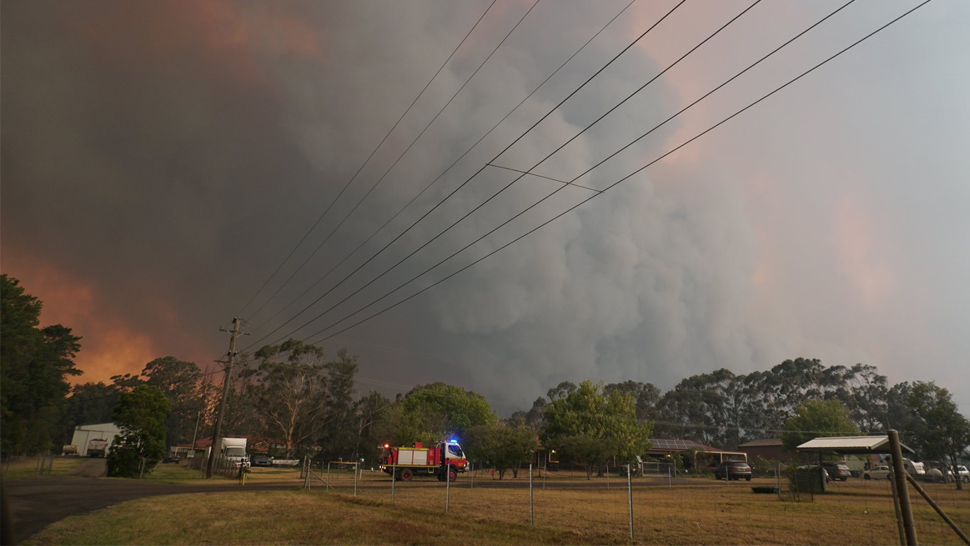