Get the know the woman behind the headlines. 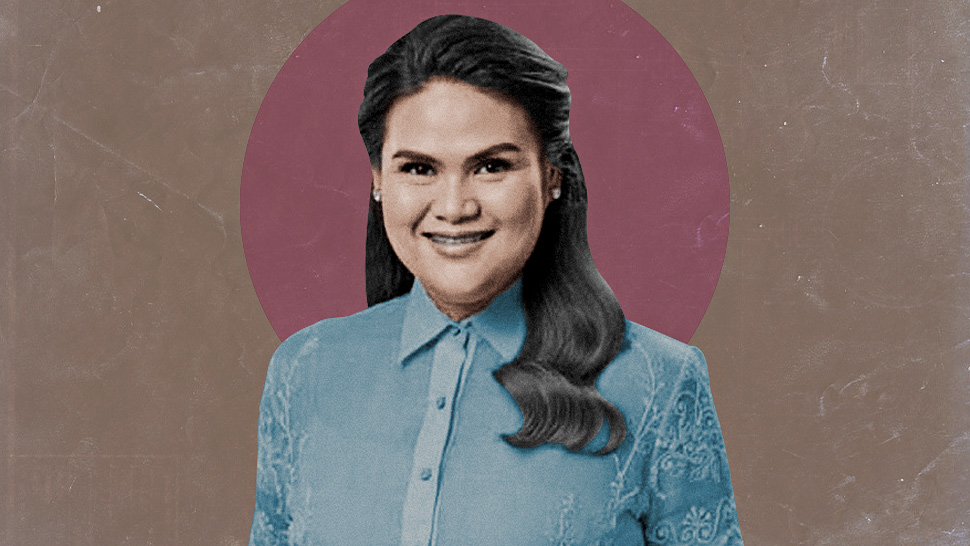 Rep. Claudine Bautista has come under fire on social media for one thing: getting married. But it’s not just the fact that she tied the knot with her childhood friend and classmate; it’s that she did it in a lavish wedding that some people thought was insensitive during a time when people are literally dying because of a pandemic that seems to show no signs of slowing down.

It doesn’t help that Bautista is a party list representative of Drivers United for Mass Progress and Equal Rights-Philippines Taxi Driver Association (DUMPER-PTDA), which represents public utility drivers and commuters.

But who exactly is at the center of the firestorm?

Who is Claudine Bautista

Claudine Diana Bautista was born in Davao City on December 2, 1985. She is the daughter of Claude Bautista, who is the incumbent governor of Davao Occidental. She is also the niece of Rep. Lorna Bautista-Bandigan of the lone district of the same province.

Claudine Bautista also grew up in Davao City. According to a Philippine Star profile, her father taught her sports and activities traditionally associated with boys, such as playing billiards and basketball, riding bikes and driving.

Bautista studied hospitality management at a school in Glion, Switzerland and pursued further studies in Entrepreneurship from the Ateneo De Davao. But having grown up in a political family instilled in her an interest in public service early on. She ran and won as Sangguniang Kabataan Federation president in Davao del Sur when she was 15 years old.

After Davao Occidental officially became a province in 2013, Bautista became active in women’s issues there. She became provincial head of the Women’s Council of Davao Occidental and reportedly worked on projects for women of the province with her father, who was elected governor in 2016 and re-elected in 2019.

She became the first nominee of DUMPER-PTDA party list and assumed office as a rookie representative in 2019. “I truly understand the life of a driver and their economic conditions,” she said in an article in Edgedavao. The same article also said Bautista finished the International Politics and Military Strategies program in London, England with the help of PrimApp, a consultancy firm that specializes in student placement and travel assistance abroad.

“Our objective is toward uplifting their conditions by instituting a comprehensive reform and program,” she said. “It will also offer protection for drivers such as accident insurance and free legal assistance.”

According to the House of Representatives website, Bautista is currently vice chairperson of the Committee on Transportation and assistant majority leader of the Committee on Rules. She is also a member for the majority of five other committees: Creative Industry and Performing Arts, Games and Amusements, Good Government and Public Accountability, Legislative Franchises, and Sustainable Development Goals.

Bautista is listed as principal author of at least 80 house bills and co-author of 38 more. Many of the bills she is credited to have authored are, in fact, related to transportation-related issues and the welfare of public utility drivers. These include HB 05029 or An Act Establishing The Professional Driver's Academy, HB05988 or An Act To Protect And Promote The Rights Of Public Utility Drivers, and HB 05992 or An Act Defining And Protecting The Rights And Duties Of Commuters Using Public Utility Vehicles, among many others.

In 2020, Bautista was one of the 70 lawmakers who voted to deny the extension of ABS-CBN’s legislative franchise.

Why is Claudine Bautista in the news

However, social media blew up after it was revealed that Bautista’s gown was designed by internationally renowned Filipino designer Michael Cinco. While the price of the gown was not immediately revealed, various reports indicate that a Cinco wedding dress is estimated to cost at least 21,000 euros (around P1.25 million).

The wedding venue was also reportedly designed by Gideon Hermosa, an event stylist favored by celebrities and VIPs.

In addition to severe online backlash from ordinary citizens, various celebrities—including Agot Isidro, Pokwang and Enchong Dee—have also publicly criticized Bautista’s decision to have a lavish wedding during a time when many in the transport sector, particularly public utility vehicle drivers, are suffering from reduced income because of strict lockdown measures to control the spread of the virus.

Bautista has yet to public comment or react to the online backlash as of the posting of this story.

Who Is Carlo Paalam, the Former Scavenger Who Is Now an Olympic Medalist?
More from EsquireMag.ph

Only 0.0013 Percent of the Fully Vaccinated Got COVID-19, Says FDA
All Photos
Comments
View As List