The majority floor leader who asked that congressmen be exempted from traffic laws has quite a colorful past.

House Majority Leader Rodolfo "Rudy" Fariñas has earned the ire of citizens for saying that MMDA officers should refrain from apprehending congressmen who have violated minor traffic rules. He explains that they shouldn't be hindered from getting to the House of Representatives, since latecomers are barred from entering. Whatever happened to leaving early and obeying traffic rules in the first place?

In any case, in the interest of knowing our lawmakers, we've gathered some facts about Congressman Fariñas:

1| He wasn't always such a stickler for being on time. Fariñas had to repeat his junior year at Ateneo Law School three times because of overcutting. He claims that, because of him, Ateneo changed its policy so that students could only study law for a maximum of six years. Nevertheless, after finally graduating in 1978, he placed eighth in the bar exam.

2| He started out as Mayor of Laoag in 1980. He was governor of Ilocos from 1988, until he was elected as congressman of Ilocos Norte in 1998. Though he lost his congressional seat in 2001, he returned to the House of Representatives in 2010.

3| His wife's controversial death contributed to the passing of the Anti-Violence Against Women & Children Act. In a 1996 Probe interview, Fariñas's first wife—former beauty queen and actress Maria Teresa Carlson—accused him of domestic abuse, including water torture. However, strangely enough, she retracted all her statements when she appeared on Magandang Gabi Bayan with Fariñas. Five years later, she plunged to her death from the balcony of her 23rd floor apartment in Greenhills. The suspicious circumstances of her demise led to the formation of Task Force Maria, a group who lobbied for the passing of an anti-violence against women and children law.

4| He was part of the prosecution panel during former Chief Justice Renato Corona's impeachment trial. Curiously enough, he joined the panel even though he hadn't even signed the impeachment complaint itself, saying that it was "poorly crafted."

5| He has been declared persona non grata in Ilocos Norte. According to this Rappler article, the Marcos and Fariñas families have been allies or rivals since 1998. However, after Fariñas began an investigation on Imee Marcos's "alleged misuse of P66.45 million worth of Ilocos Norte tobacco funds to purchase motor vehicles," the provincial board of Ilocos Norte retaliated by saying that he is no longer welcome in his home province. 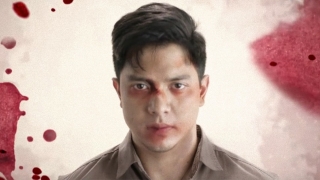 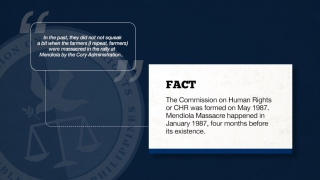