Purveyors of fake news will always be losers. 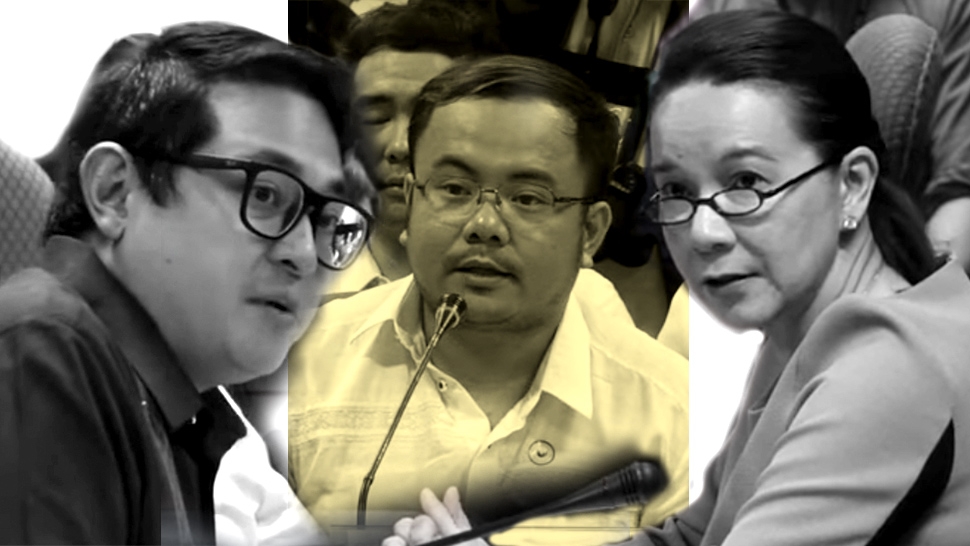 Seems like everybody was tuned in to the hearing by the Senate Committee on Public Information and Mass Media, ostensibly to talk about #fakenews online. You can’t blame them, because it was entertaining—like watching the Senate equivalent of the Conor McGregor vs. Floyd Mayweather fight, if it were a six-way melee that included “The Spider” Silva, Evander Holyfield, Mike Tyson, and, uh, John McEnroe for the trash talking. The ensuing social media reactions almost made the inevitable rise in blood pressure worth it. A L M O S T.

Over the past 24 hours, the winners and losers began to emerge from that mess, named partly by the same online citizenry that had the most to gain from the hearings. (Of course, until we figure out a way to get rid of fake news—and to stop falling for it over and over—we’re all really losing big here.)

Though other senators took turns asking questions, Aquino was able to make his points especially effectively when facing off with Mocha Uson by having her admit to some pretty radical opinions—that she wasn't required to be fair, for example, since she was a blogger, not a journalist.

Valte, the former deputy spokesperson for President Benigno Aquino III, remained cool and collected throughout the hearing, even while issuing a strong and categorical denial about the accusations leveled against her. She also managed to drop this gem, pointing out the difference between opinion and fact: "You are entitled to your own opinion," Valte said, "But you cannot be entitled to your own facts."

FORMER SPOKESPERSON @Abi_Valte SLAYING THE SENATE HEARING!!!!!!! LOVE IT!! LIVE FOR IT!!!!

Perhaps the biggest surprise winner of the day was Nancy Binay. The senator, heretofore not particularly known for being a beacon of reason and right judgment, cited the code of ethics for public officials and government employees, saying, "Since we’re all government officials, we are bound by RA 6713 and under Section 4. Nakasulat doon we cannot use the excuse of doing things in our capacity as private individuals." Addressing Uson, she continued, "So parang malinaw na malinaw na at this point in time, di mo na puwedeng ihiwalay 'yung pagiging blogger mo sa pagiging Asec. So I guess, malinaw na talaga. Baka it’s high time to decide kung gusto mo maging blogger o kung gusto mo maging Asec."

Nancy Binay to Mocha Uson: “You can't separate your nonsense individual perspective, to your duty to serve the people.” 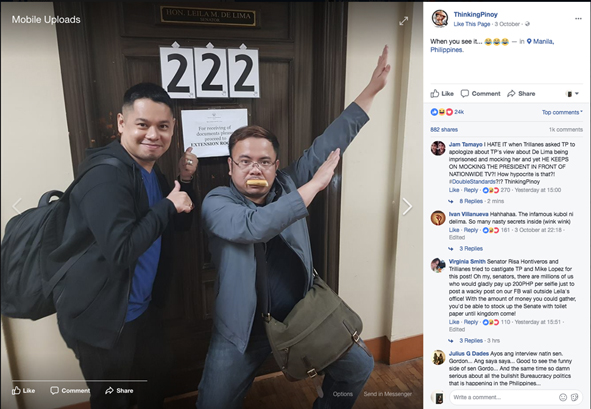 Nieto was front and center on behalf of the pro-administration bloggers who were being accused of spreading fake news. At the hearing, Nieto confidently (some would say smugly) answered the questions posed to him, and then trotting out the tired old line, “I am entitled to my own opinion.” When he tried this with Sen. Sonny Trillanes, though, he was cut off with a terse, “You are entitled to your own sick opinion. I am done with you.”

That wasn’t even the lowlight of Thinking Pinoy’s time in the sun. As the hearings were ongoing, he managed to draw flak from social media for posing with Mike Acebedo Lopez in front of Sen. Leila de Lima’s office. Senator de Lima’s staff issued a strongly worded demand for a public apology the next day, saying that the two “miserably failed the basic tenets of professionalism and courtesy, to say the least.”

Even more seriously, the National Union of Journalists of the Philippines also issued a condemnation for "attempting to resurrect his utterly discredited accusation against our colleague Jes Aznar." In closing, the statement reads: "RJ Nieto dares demand accountability? We say, let him be accountable himself. There is no place in government‚—or in the field of professional communications, for that matter—for barefaced liars."

In an attempt to be fair and professional, Sen. Grace Poe instead drew criticism for her apparent equivocation as chairman of the Senate Committee on Public Information and Mass Media. She didn't do herself any favors by praising Thinking Pinoy for his "excellent research": “You know we may or may not agree with you. But if there’s anything, you do excellent research and that’s the truth. You do excellent research—sometimes against us, sometimes for us,” she said. Unfortunately, social media pundits and journalists were quick to point out that Nieto was guilty of spreading misinformation (see above); at least once against Poe herself.

I want to make perfectly clear that I think Grace Poe would make an excellent teacher of students, grade two or three.

. @SenGracePOE should be reminded that Thinking Pinoy Nieto published in his blog fake news about her. Wag mo palampasin yan senator. pic.twitter.com/2OJEgPEEyE

The social media strategist for the Presidential Communications Operations Office admitted that she "helped" Mocha Uson with the latter's posts, but it was at the after-party where Angeles laid out some real doozies. In an interview with Karen Davila on ANC Headstart on Thursday morning, Angeles said that propanganda on behalf of the government wasn't a bad thing, and didn't appear to understand the different between truth and misinformation: "[Uson] is there to help disseminate information," said Angeles. "Truthful information?" pressed Davila. "Information is information," Angeles replied.

Just hours after, some known fake news sites carried the news that Angeles won the day. Considering her affinity for propaganda, perhaps we shouldn't be surprised.

Of course, fan favorite Mocha Uson drew more than her fair share of online attention, especially since she prefaced her appearance at the hearing by saying, "Andito po ako para suportahan ang hearing na ito dahil ako po ay biktima ng fake news." She also asserted that only media had an obligation to be fair. Social media, remembering that she was guilty of spreading fake news herself numerous times, responded with a slew of funny—and vicious—tweets. 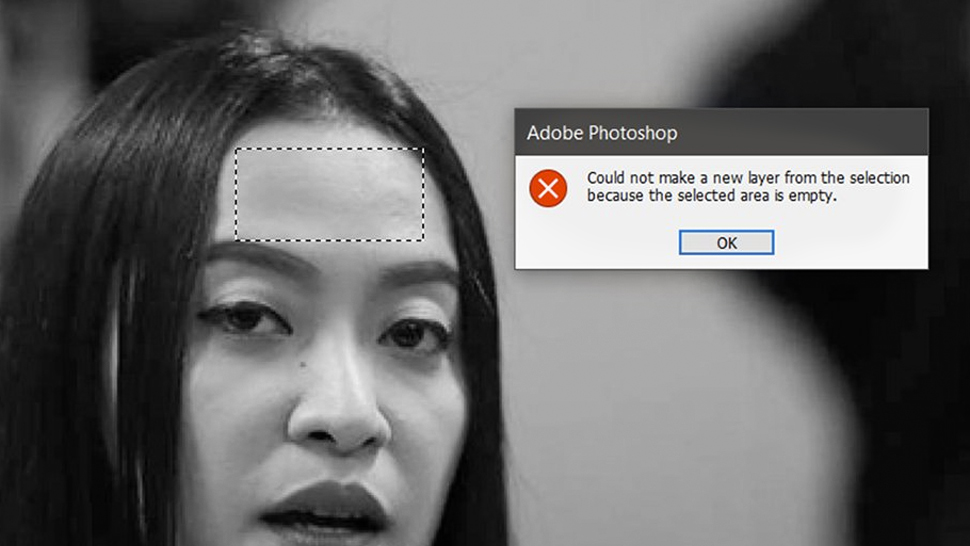 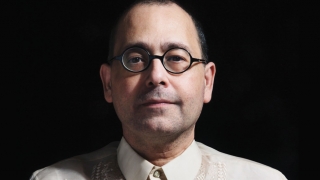