It’s getting hot in here.

With the re-implementation of the death penalty to be discussed by Congress, and coordinated police efforts against drug crime continuing, Solicitor General Calida’s comments on changing Martial Law safeguards are the latest sign of an even tougher stance on drug crime. Calida states that under extreme circumstances such as a terror attack “we do not have the luxury of time for 60 days…somebody has to act fast.”

Friday’s ceremony will officially commence one of the most controversial U.S. presidencies in recent history. Serious concerns were voiced by Beijing over the Taiwanese delegation’s attendance, breaking decades-old diplomatic protocol and further complicating US-Sino relations. Former President George H. W. Bush and his wife are the latest guests to cancel, due to recent hospitalizations. This comes after a series of pullouts by musical performers and threats by democratic senators to not attend the inauguration out of protest.

While almost 200 police officers are facing expulsion from service for suspected drug usage, the DOJ’s recommendation today to file charges against two police officers in connection with the kidnapping and killing of Korean businessman Jee Ick Joo puts further strain on the police’s already damaged reputation. On October 18, the Korean national was reportedly abducted from his home in Pampanga and killed inside Camp Crame.

2016 once again hottest year on record.

After a series of devastating natural disasters striking the Philippines in recent years, the latest findings by the National Oceanic and Atmospheric Administration and NASA come as no surprise, but provide a stark reminder to increase disaster readiness in the most unprepared and disaster-prone areas of the country. According to the report, last year’s global average surface temperatures were the warmest since the official start of modern recordkeeping in 1880. 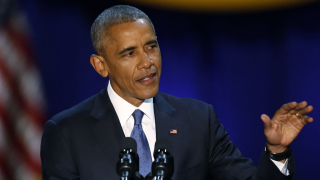