That Gloria Arroyo, Donald Trump, and Vladimir Putin are all baby boomers might not come as a surprise, yet nobody is talking about their age, which we must in order to understand why many world leaders share a similar intellectual trajectory. 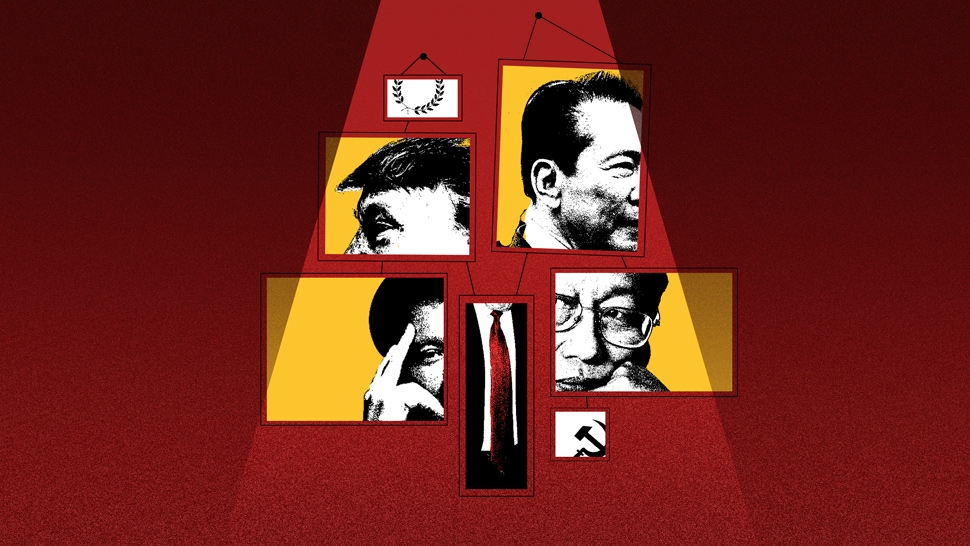 I used to find comparisons between Rodrigo Duterte and Donald Trump facile. Over the past few months, however, I have become convinced that both are fundamentally similar. Many comparisons have been made between the two: their implacable mouths, their misogyny, their hatred of critics, their undying devotion for an over-botoxed Kremlin autocrat. Yet nobody has talked about their age. Digong is 71 and the Donald is 70. Both belong to the baby boomer generation.

In an article for Slate, Stephen Metcalf argues that, to understand Trump, one must view him in light of his generation. “The boomers,” he notes, “were anti-establishment; they were norm-perverters; they were publicity hounds; and in their perversions and hounding, they covered themselves in their own supposed valor by announcing themselves as valorous.”

Rodrigo Duterte is also a product of this generation.

Digong was born a year before the Philippines became an independent state, making him roughly as old as the state he leads. During his childhood, our leaders were trying to build a U.S.-style liberal democracy in Asia. It was a time of hope and excitement. The postwar blight notwithstanding, people looked forward to what an independent, democratic government would bring. This sense of hope would slowly erode as Duterte hit puberty.

During his teenage years, Digong would have witnessed the emergence of a two-party system: Two ideologically indistinguishable parties, the Nacionalista and Liberal Parties, alternated with each other in occupying Malacañang. This system seemed stable, but its stasis hindered change and turned politics into a game of musical chairs for elites. Somebody was bound to challenge it.

Duterte was 20 when Ferdinand Marcos became president and he was 26 upon the declaration of martial law. The Marcos period, what historian Vicente Rafael calls “the long 1970s,” was a time of cultural and political ferment, when two radical narratives played out at the center of Philippine politics. On the right, you had Marcos’s movement for a “New Society,” which sought to centralize state power by crushing elite opposition and leftwing radicalism. On the left, there was the Communist Party and its “National Democratic” front organizations, which aimed to overthrow the state through peasant revolution.

Rodrigo Duterte is a hybrid of Communist and Marcosian extremism.

The great historian Eric Hobsbawm famously called the 20th century as an “age of extremes,” noting that radical fascism and socialism became the major political forces of the period. For the Philippines, the long 1970s—which featured the fascist Marcos and the Stalinist CPP—was the perfect distillation of what Hobsbawm described.

Rodrigo Duterte is a hybrid of Communist and Marcosian extremism.

In the Lyceum, he studied under the Communist Jose Maria Sison and the crackpot Rizalista Jose David Lapuz, who was then flirting with Marxism. From Sison, Digong would likely have read the anti-American nationalist works of historians Teodoro Agoncillo and Renato Constantino. He may have even been introduced to Joma’s own thinking concerning the Philippines as being a “semi-colony” of the United States. God only knows what he learned from Lapuz, who was eccentric even then.

We know less about Digong’s experiences with Marcosianism. But his father was a member in the Marcos cabinet. And we now know, of course, that he abets historical revisionism and has fondness for Apo Lakay’s favorite presidential power: the ability to declare martial law.

Duterte is not atypical of people his age. Baby boomer intellectuals have likewise flitted back and forth from Marx to Makoy. The historian Reynaldo Ileto has always expressed sympathy for peasant-based, socialist movements and is strident in his anti-Americanism. Yet even as he rhapsodized about subaltern revolutionaries in the 70s, he was working as a ghostwriter for Marcos’s history book. The journalist Rigoberto Tiglao was once a partisan of Communist “National Democracy.” Recently, however, he has confused a strong state for a dictatorial state and has been waxing nostalgic about the tyrant he once fought. Unsurprisingly, both these boomer intellectuals have expressed support for our boomer president.

Even our other early baby boomer president, Gloria Macapagal Arroyo, shares this intellectual trajectory. In the 1970s, the Communists considered her a progressive and would even consult her on economic policy. She was, in fact, so close to the Communists that the Party deployed a political officer to cultivate the relationship. Yet, prior to Duterte, it was GMA who first considered a return to Marcos-style martial rule. And she too pivoted to China after chafing from a US government that criticized her disdain for human rights (admittedly even more hypocritical then).

Thus, her allegiance to Duterte stems not simply from convenience. Though more urbane, Arroyo is cut from the same boomer cloth.

If Marcosianism and Communism opposed each other during the long 1970s, what allows these baby boomers to flirt with both? The answer lies in the fact that both extremes are authoritarian rejections of liberal democracy. Marcos and the Communists hated each other so much, because they competed for the same thing: dictatorial control over the Philippine state. Marcos succeeded; the Communists did not. But had the latter won their “Philippine revolution,” they would have established a one-party state (as all victorious Communist parties have done).

Duterte is not atypical of people his age. Baby boomer intellectuals have likewise flitted back and forth from Marx to Makoy.

It is a not-so-subtle disdain for liberalism and democratic checks and balances that subtends the thinking of many boomers from the left, the right, and the various netherworlds in between. And this sensibility has now been enshrined in Digong’s cabinet, which consists of both Marcosians and Communists.

Duterte's is an unconventional coalition. But it is also an unsurprising apotheosis of an extremist baby boomer politics that blossomed during the 1970s. In this sense, there is nothing new about Rodrigo Duterte. He is a blast from a very dangerous past.

This column was prepared for a discussion on “Peace, Human Rights, and Development in a State of Lawlessness” Miriam College to be held from January 30 to 31. 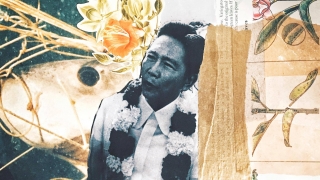 Liberal Laments: How to Be Fair to Marcos