If we’re prone to electing strongmen, perhaps we could also elect a Mad Titan.

Spoilers herewith. The following article partially discusses the plot and ending of Avengers: Infinity War. Do not proceed if you have not yet seen the movie.

After seeing Avengers: Infinity War, you’re not likely going to walk out of the theatre thinking about its “real-world significance,” or whether or not there’s a “deeper meaning” to its story. You’d more likely walk out of there thinking, “That was fucking epic,” because more than anything, this movie really is pretty fucking epic—and ultimately quite immune to serious criticism. (We doubt that anyone’s issues with the film’s continuity or character development would keep anyone else from going out to see it.)

But when you look past Infinity War’s moon-pulling, axe-forging, cliff-diving thrills and spills, you might just find something significant to take away. Yes, it has a sprawling narrative, pitch perfect humor, spectacular set piece battles, and a cinematic scale hitherto undreamt of. But it also has something important to say—mostly about its big purple bad guy, Thanos. The main antagonist of Avengers: Infinity War is a familiar one, and not only because he’s appeared in a couple of post-credits sequences over the past decade.

Unlike the Thanos of the Infinity Gauntlet comic books—whose sole purpose for killing half the universe was to win the affection of Mistress Death—the Marvel Cinematic Universe’s Thanos is motivated by a purpose that could even be considered altruistic.

The movie invests a great deal of its precious time in showing that Thanos means well. He has seen his homeworld congest itself to the point of destruction—"Too many mouths to feed, not enough to go around,” he explains—so he made it his mission to save other worlds from the same fate by “balancing” the universe with genocide; “At random. Dispassionate. Fair. The rich and poor alike.” Wherever he succeeds, the half of the population that remains and those born after are left to live prosperous lives, with “full bellies and clear skies,” Thanos reasons. “It’s a paradise.”

Here’s a man who knows that 'The hardest choices require the strongest wills,' and believes himself to be in the best position to make those choices, however morally repugnant they are.

Although it would still be a stretch to call Thanos a gray-area antagonist (at least to the extent that Erik Killmonger was in Black Panther), there’s a pure consequentialist perspective that might consider him a necessary evil. When you’re thinking solely about the outcome and not at all about the means, Thanos is a hero. He’s impelled to preserve the universe and even improve others’ quality-of-life at all costs. He ultimately sacrifices his daughter, his little one whom he loves, with that greater good in mind. Could that be so bad, in the grander scheme of things?

Here’s a family man, convinced that he’s found the only viable solution to a problem, fully aware of its costs, and willing to pay them. He would exercise unlimited power, he would bend reality, he would turn back history, he would seize mind and soul, and then he would easily escape accountability. Here’s a man who knows that “The hardest choices require the strongest wills,” and believes himself to be in the best position to make those choices, however morally repugnant they are. Here’s a man who would literally kill with the goal of improving lives. Today, he might even be the kind of man we would elect president.

Recent years have seen the global rise of strongmen and demagogues who have convinced enough of their respective electorates that their ends justify even the most dehumanizing means. They hold up a palpable promise of prosperity, of paradise, of full bellies and clear skies, arguing that it would be worth the sacrifices. People believe in them—in their will and in their power—so we just hand over the stones and let them do it.

In Thanos’ case, opposition comes in the form of the Avengers, who many times in Infinity War, are given easy opportunities to stop him by keeping the Infinity Stones out of his reach. Loki could have withheld the Space Stone and allowed Thanos to kill Thor. Wanda could have destroyed the Mind Stone before Thanos got a hold of the Time Stone. Gamora could have killed herself before she was captured by Thanos, so he would never find and earn the Soul Stone. She could have also refused to reveal the location of the Soul Stone, allowing Thanos to continue torturing Nebula. Doctor Strange could have killed himself, rendering his spell unbreakable and the Time Stone safe. In all cases, they could have traded one life for the lives of half the universe—all were more economical ways of dealing with the problem.

But Steve Rogers said it best: “We don’t trade lives.” This, we think, is the important message that Avengers: Infinity War arrives at by the end: A humanist indictment of the Machiavellian expediency that continues to define the politics of our time, smuggled in through a kickass blockbuster movie with aliens and explosions. Earth’s mightiest heroes, for all their might, still place the value of human subjectivity above all, and exhaust every other option before considering a barter. The Avengers don’t see people’s lives as commodities with which to form economies of virtue, because they know that if they did, they would have already lost—even if they don’t lose to Thanos.

So before you curse Thanos for stabbing Tony Stark (In the theater where I saw the movie, one woman actually did, at the top of her lungs), and for wiping out half the cast of characters, consider first if you didn’t vote for him at one point in the past, and if you wouldn’t do it again now that you know how it ends. 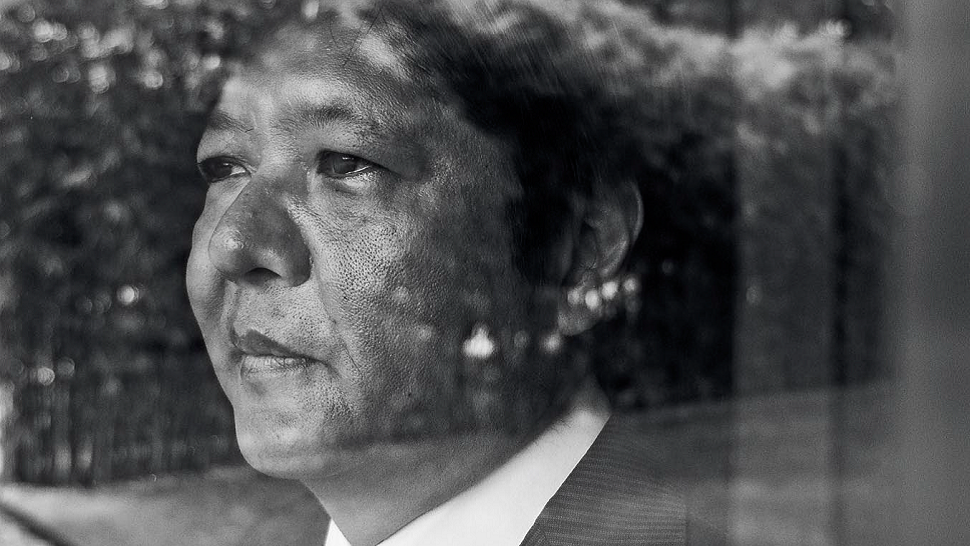 The State of the Nation 2014, According to Bongbong Marcos

Robredo and Marcos, in Their Own Words
All Photos
Comments
View As List