In The Irishman, even the toughest dudes wear jammies. So why don’t you? 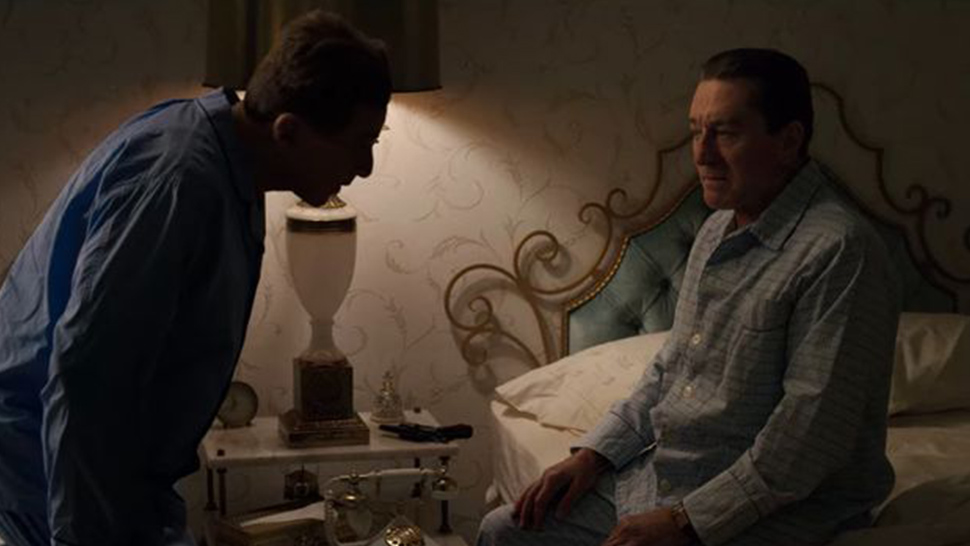 There’s a film on Netflix, The Irishman, and you simply must see it. Not for the multifaceted performances of three dusty, Hollywood icons in the bittersweet twilight of their careers. Not for the cinematography, which paints a picture at once familiarly all-American and otherworldly, or for the soundtrack, which punctuates a glacial storyline with nostalgia, dread, and occasional glee. No, you must watch it for the pajamas.

There’s one scene in particular, around an hour and fourteen minutes in. Frank Sheeran (Robert De Niro) and Jimmy Hoffa (Al Pacino) are talking about the latter’s various rivals, and what can be done about them. Can their house simply be ‘painted’, for example, or should they be strangled? Maybe it would be best if they were fed through a chipper and sprayed in a wide, gooey arc across an abandoned lot?

The scene opens with Pacino already dressed for bed, in powder blue jammies with navy piping. Long sleeve, camp collar, tactile cotton; the garb of soft power. De Niro is unpacking his suitcase, looking for his own pajamas, which he then takes into the bathroom. Cut to a flashback of Tony ‘Pro’ being welcomed into a Teamster meeting; cut back to Pacino and De Niro sitting on the edge of their respective beds, facing each other. De Niro is now in his own nightwear. Pale blue and white check; a little more blue collar.

The two alphas discuss the machinations of mob life: intimidation, jeopardy, suspicion, murder, pride, and honor. Yet, sartorially, they are so vulnerable. So exposed to one another. So liable to a stray, geriatric bollock tumbling loose of its cotton housing.

Supposedly, that was men, then. That’s what they wore to bed – long-sleeved, long-legged two-pieces in Midwest checks, pharmaceutical blues or collegiate stripes. But what of men now? Are pajamas still a thing? I don’t wear them, and nor do any men I know. Not even my dad. But you can still buy them, so surely there’s a market. 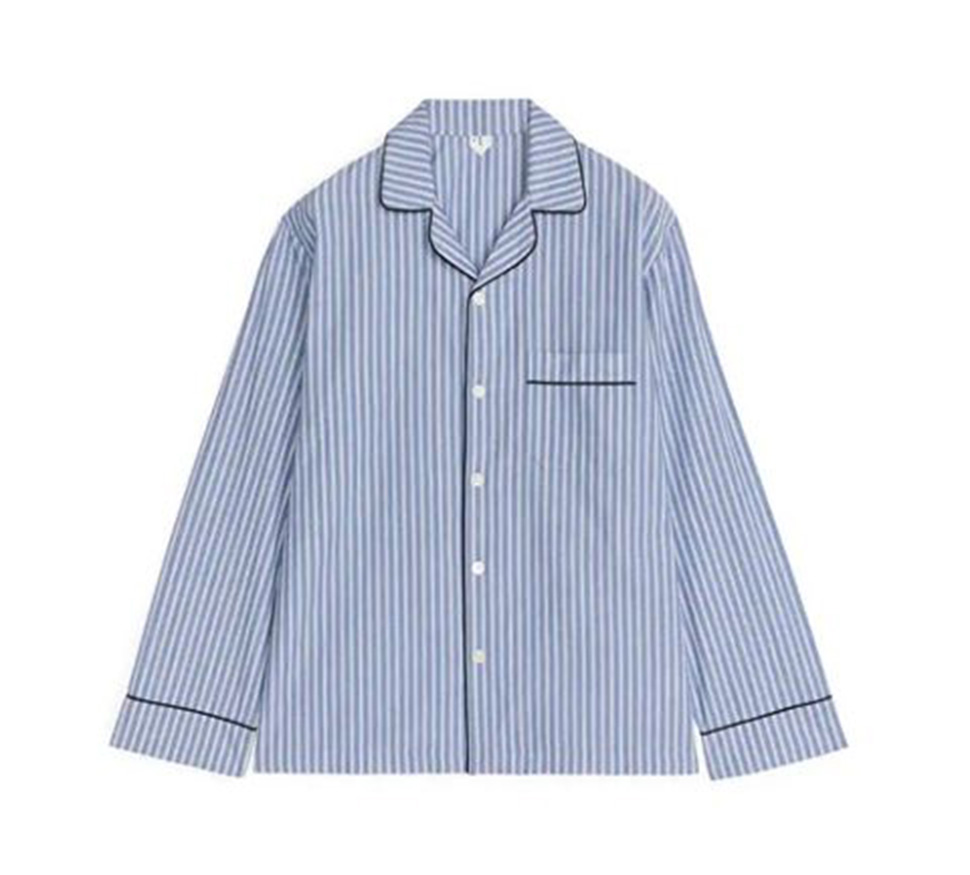 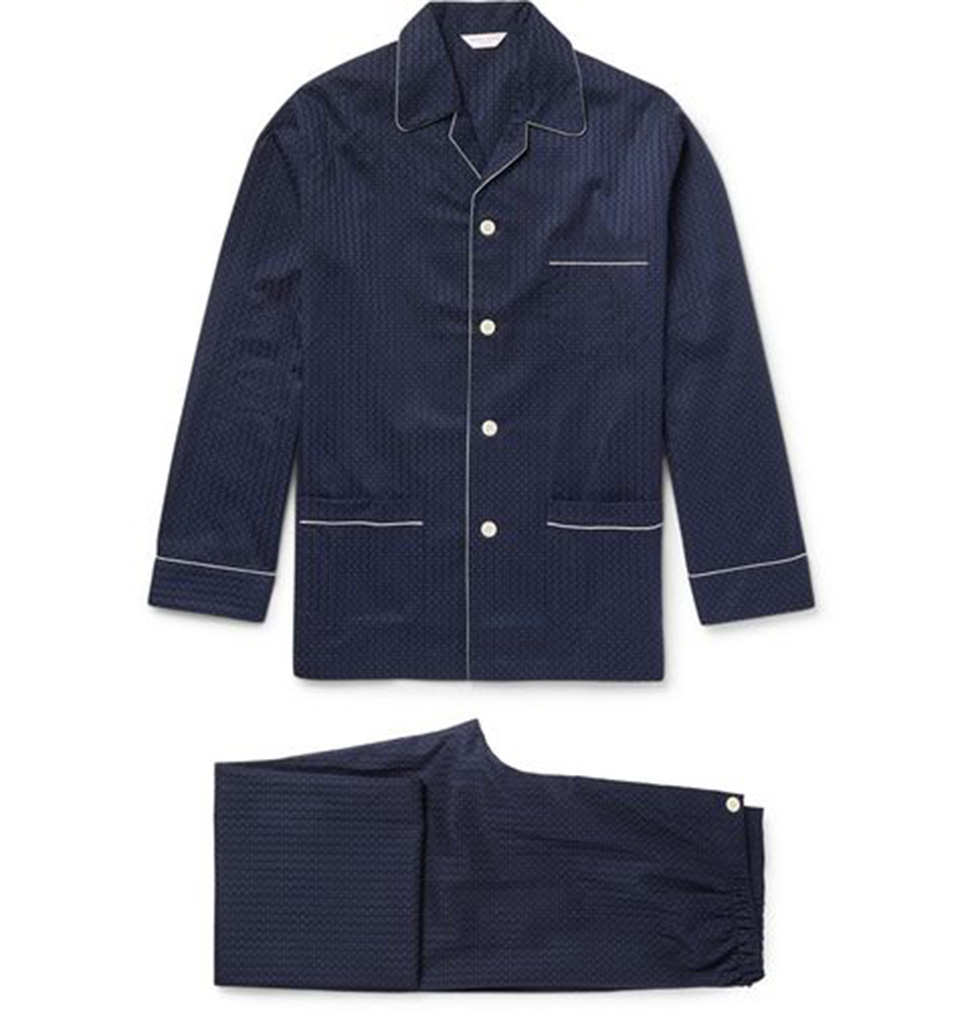 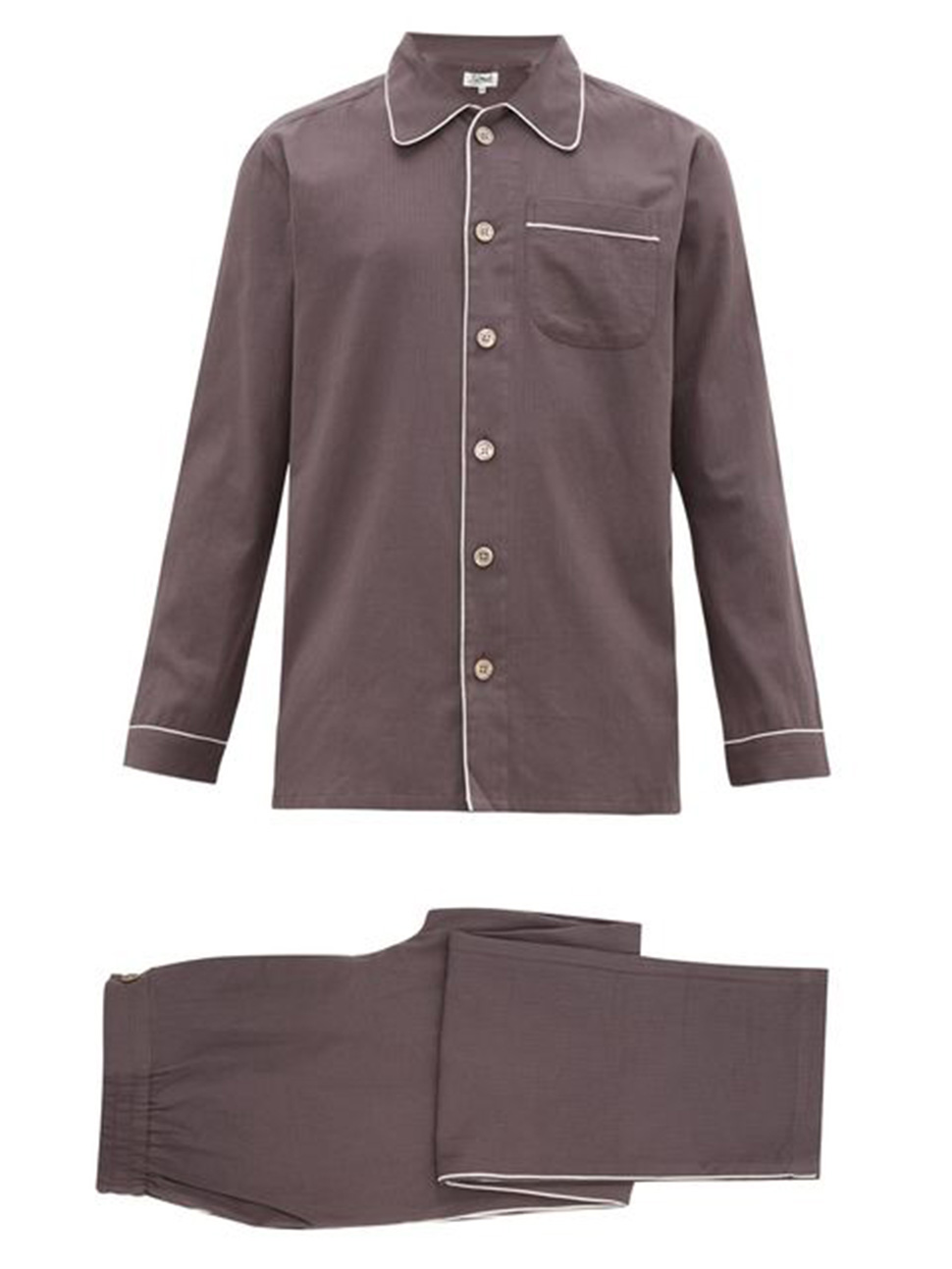 “I think the formality of loungewear has definitely evolved,” says Daniel Kearns, creative director of Kent & Curwen. “Pyjamas like those in starched cotton, worn by De Niro and Pacino in The Irishman, are certainly less seen today and were in my view always intended for the bedroom and the bedroom alone. Today the concept of loungewear is a huge part of what we wear and for me is about comfort and versatility, not just about sleep. In fact loungewear today is not just for sleep but rather for comfort at home, on a flight or walking the dog.”

I saw new-season pajamas on sale at Arket this week, and the pajama sections of Matches, Mr Porter etc are jammed with brands that specialize in the genre, such as Desmond & Dempsey, Derek Rose, Hamilton and Hare, Emma Willis and King & Tuckfield. They all sit at the upper end of expensive, and when you say their out loud, they evoke a more respectable, tailored British age.

Rod Stewart, kicking back in his jammies

Perhaps pajamas today are not just a soft sort of suit that you wear to bed, but more of a luxury concept? The Swedish brand CDLP was founded in 2016 to make men’s underwear more special and ritualistic. “We care about what we wear,” co-founder Christian Larson recently told Esquire, “but the underwear we were wearing was the missing link. The ugly duck. We came to the conclusion that for so long men’s underwear has been a necessity, rather than a garment.” Can pajamas be given the same treatment?

One stumbling block might be that, though underwear has the potential to be sexy – which is a virtue all clothing aims for – pajamas seem only to banish sex from the bedroom. Anything else would carry more carnal energy, surely.

However, if we follow CDLP’s hypothesis, then the ritualistic benefit of taking more care with your underwear (and thus starting the day with a small routine of self-affirmation), then maybe pajamas can serve as the foundation to a good night’s sleep.

Waking up in pajamas is probably the best way to start your day. Like a mad king, or in-patient who suddenly feels much better, there must be few thrills quite like leaping from the under the duvet and waltzing fully-dressed through your home, without worrying if the curtains are askew.

“It’s a suit without the uncomfy brogues,” says writer Raven Smith, who is also adamant that his penchant for pajamas is of benefit to his working life. “I long to be dashing, but as a freelancer I find myself working in my PJs. I find ‘althleisurewear’ so depressing because it lacks any poise, it’s so slack. The lapels and fine cotton [of my pajamas] make me feel composed regardless of the slobbery at hand. I’m not one of those awful historical re-enactment types with a penny farthing and a typewriter. I just like the allusion to smartness.”

And that is all clothing is about anyway; making you feel a certain way before doing a thing. Confidence, desirability, suitability, maturity, youthfulness, stoicism; they all come from clothes. So be it simple comfort, or just enough buttoned-up structure to feel like one is at work, pajamas do their bit. Plus they have that weird non-fly thing so you don’t have to pull them down like a five-year-old to have a pee. Win-win. 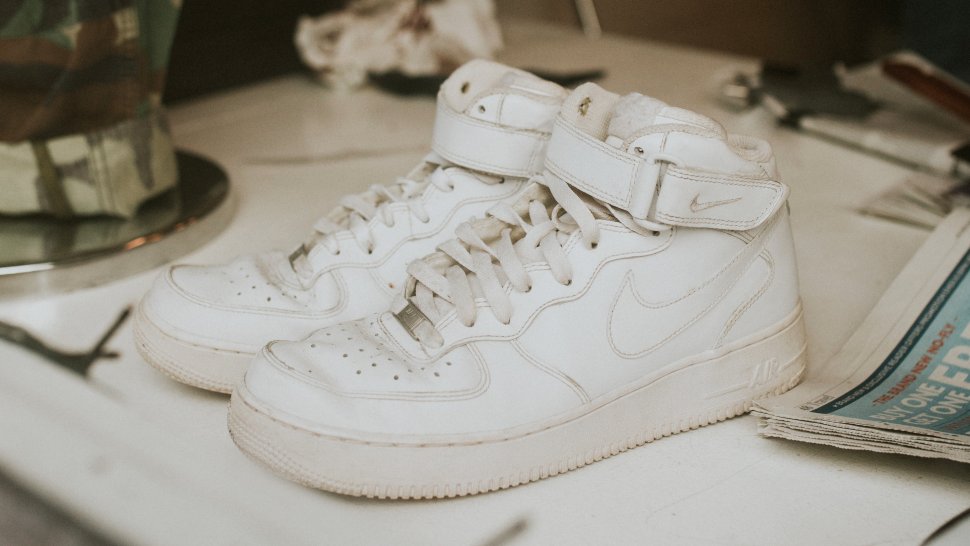 The 10 Best Sneaker-Cleaning Places in Manila 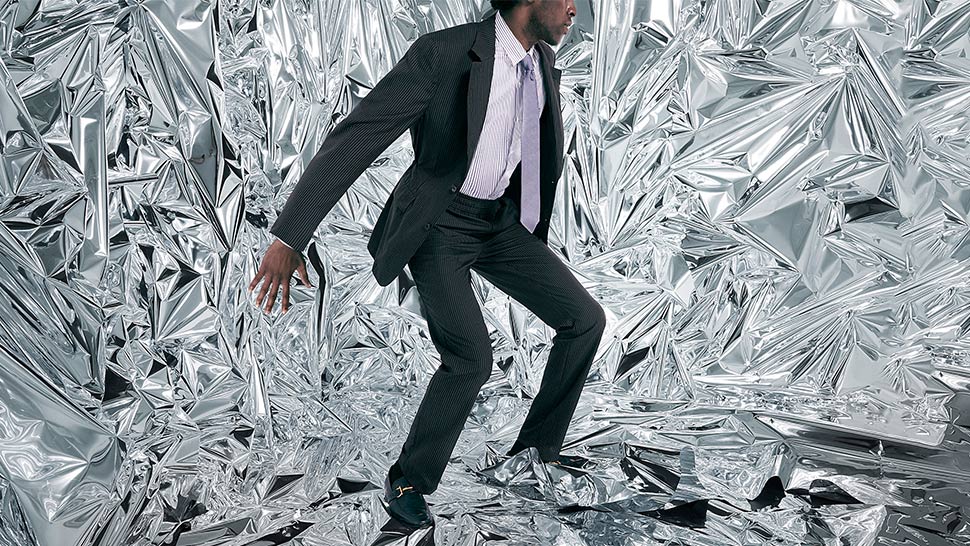