Do you know your salt threads from your spalla camica? Here, let us guide you. 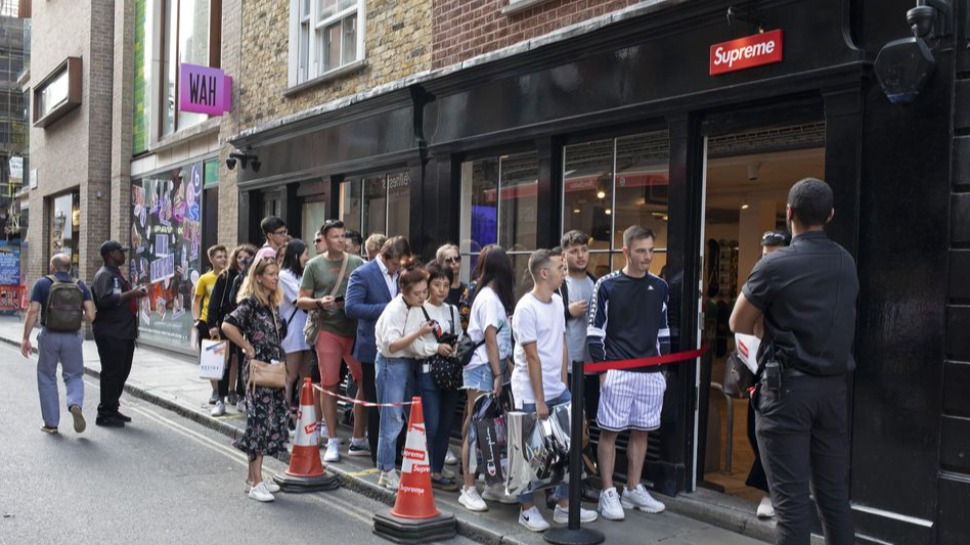 Variation on “dripping”/“dripping with”. Derived from the comical notion of a man wearing so much “ice” (diamond-studded jewelry), he is literally melting, or “got the drip”. Can also be loosely applied to any sharply attired male, jewelry-wearing or not: “Harry Styles got the drip in that rhinestone Gucci.”

Now a singular, camp exclamation(rather than former use, “extra special”, “extra charge” etc). Describes anything sartorially dramatic, an outfit/person that is OTT, colorful, flamboyant: “Dude, those platform sole Rick Owens boots are extra.” Can be both compliment and arch disapproval.

The totality of your “fit”. May also be used to confidently invite others to admire your outfit, particularly on social media, hence #fitcheck

When a buyer withdraws from a sale after confirming purchase at an agreed price. “I won an auction for some jeans from the new Virgil x Nigo collection on eBay. We agreed shipping costs and I was all ready to pay... then the seller started flacking.”

Friends and family; drops and releases available only to a small circle of hyper-connected style cognoscenti and inner-circle enthusiasts, not general public.“Did you hear about the new drop at Palace in Soho?” “Yeah, don’t bother going down there. It’s strictly F&F.” Do not confuse with Tesco supermarkets’ own-brand clothing label, F&F.

Originating in U.S. sports, complimentary term lauding confidence, quality, fit, and/or panache in a look or garment.“Sinatra’s tuxedo game is strong in this old photo.” A man might also have “got game” [sic]: “You got game in those off-whites.”

As in Holy Grail. Describes one ultimate item of clothing you obsess about owning but cannot ever find, or afford: “Those Jordan 1 Retro High Shine downs are my grail”. CXN: Grailed, peer-to-peer online marketplace for hard-to-find menswear.

Clunky antonym of “lowkey”. A person assertively into fashion attire that loudly flaunts logos, labels, branding.“Damn. Look at Alex in his new LV2 Collection jacket and Yeezy sneakers. He is so highkey.” In use by teens in adverbial form: “I am highkey into the new Tommy collection.”

Impulse buy. Item so jaw-droppingly irresistible you must immediately add to cart.

Clothing. Originally slang for a person, place, thing: “Did you try the main course? That jawn was horrible”. Now specific to any/all clothing: “I just dropped a month’s salary on jawns.”

“Legit check”. Questioning initialism to confirm a garment’s or pair of trainers’ provenance, mostly during buyer-to-seller communications in e-commerce transactions on eBay, Grailed, etc: “Gonna need an L/C on those Saint Laurent high-tops. Do you have the receipts, tags, original box, etc?”

Streetwear middleman, fence. Probably located outside London, Manchester or Glasgow, usually working in retail, with insider knowledge of the latest streetwear “drops”: “Whoa! Where did you get those VaporMax Flyknits?” “Proxy in the Edinburgh Nike store hit me up.”

Lengthy, bitterly toned communication/support group on social media platform where unsuccessful grail hunters vent disappointment at failure to cop items from a new drop. Almost unintelligible to anyone over 17.

Fanatic, devotee. As a verb, “I stan”, “he stans”. Derived from Eminem’s 2000 megahit “Stan” about a deeply obsessive, possibly mentally unwell, fan. Updated today as a fashion positive: “Jamal is a stan for the new Nike Air Jordans”; “Daryl stans big time for Adidas.”

Portmanteau combining intangible notions of “style” and“ease”. Coined by MC Guru of hip-hop outfit Gang Starr on their 1997 hit “You Know My Steez”. A man dressed “steezy” or with “steeze”, from skateboarder to Savile Row gent, will be laidback and comfortable in both ensemble and deportment.

Gossip. The kind of scandalous/light-hearted chat best exchanged over an afternoon pot: “What’s the tea on Marc Jacobs? Is he heading for the Balenciaga job?”

Palace Skateboards’ logo, referencing creator/graphic design talent Fergus “Fergadelic” Purcell. An interpolation of the1934 Penrose tribar by Swedish artist Oscar Reutersvärd; its shape can be depicted in a perspective drawing but cannot exist as an object.

Statistically gaslighting, numerically baffling marketing ploy rife in UK and US high street menswear manufacturers/retailers where waistband size is approximated/lessened on (mostly) trousers to flatter customer vanity. Real size is up to 1.5 to 3 inches bigger than labeled. So, 34 inch will actually fit a 37-inch waist. Also known as “toxic waist.”

From old English, “that which is thrown across”. Vertical/lengthwise threading of garment yard/loom. “Weft” — horizontal threading — is woven through the warp to create fabric. Notable on heritage Scottish tweeds and Flyknit trainers.

Question, mostly via SMS messaging or social media, between hypebeasts: “What did you wear today?” 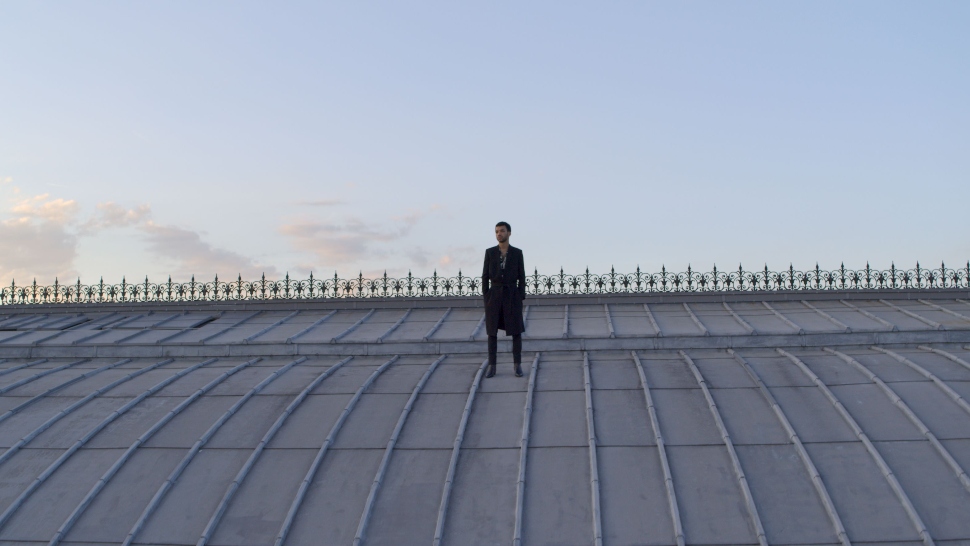 BTS Fashion: How The Korean Super Band Conquered the World in Style
All Photos
Comments
View As List