Prep Is Back, But It’s Completely Different Than You Remember

The classic look is being modernized and reinterpreted with new influences ranging from hip-hop to skateboarding. 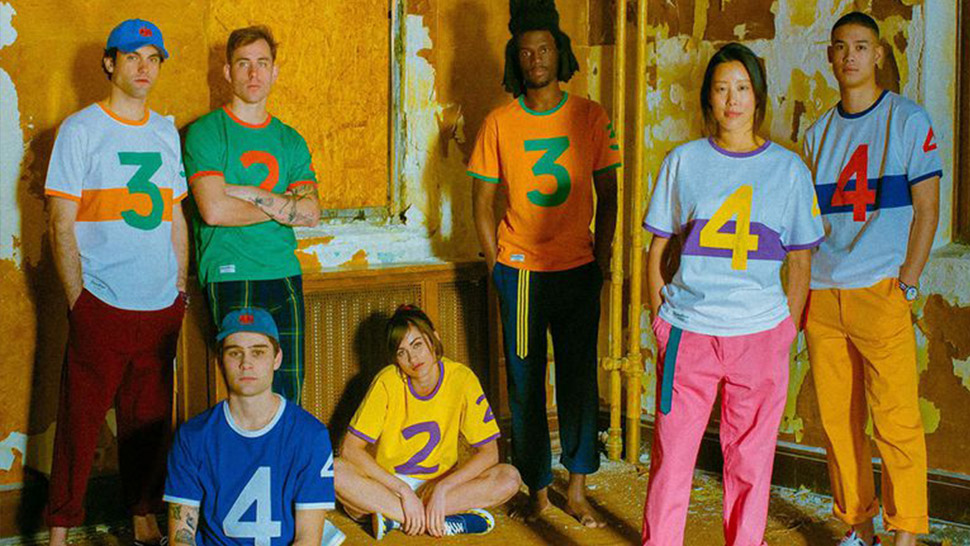 Say the word “preppy” and it’ll very likely conjure images of John F. Kennedy, early aughts Vampire Weekend, and maybe your favorite Vineyard Vines-bedecked finance bro. Preppy is, after all, short for preparatory, as in school, as in East Coast WASP factories churning out Wall Street bankers and ‘80s teen movie villains. But while the word may come laden with more than a few negative connotations (at least for some), the style itself has exploded well beyond its elitist past.

Over the last few years, a smattering of savvy menswear brands have taken what was once the provenance of Ivy League schools and East Coast regattas, and infused it with strains of skate, punk, hip-hop, and downtown grunge to create something far cooler, and far more inclusive. Not that prep style hasn’t pushed beyond its WASP borders before. But this time, things are much more ambitious. This is more than just the appropriation of a rugby shirt. This is a full scale re-imagining of what prep means. It’s prep for the people—all people—where navy blazers and popped polo collars are just as likely to appear alongside dreadlocks and hyped-up sneakers as rowing teams, polo clubs, and guys named Hoyt. It’s two pairs of boat shoes coexisting on two very different sides of the prep continuum.

“The ‘P’ word is such a loaded term,” says Jack Carlson, founder of Rowing Blazers, one of the current brands leading the resurgence of all things prep. “It means so many things to so many people. We even try to avoid the word. And we try to do [what is considered prep] in a way that’s very irreverent. Very youthful and tongue-in-cheek. Which are actually hallmarks of preppy or Ivy Style.” Certainly if you’ve ever read Lisa Birnbach’s satirical prep manifesto The Official Preppy Handbook, or Bret Easton Ellis’s first two novels, you know that prep’s ‘80s incarnation was dripping with irony and irreverence. And, in a way, that’s one of the key ingredients of this 2019 reinvention.

Along with Rowing Blazers, brands like Noah, Beams Plus, Thom Browne, and even Acne Studios have taken various elements of the preppy playbook and infused them with a more modern flavor, one that attempts to move past prep’s historic connection to the privileged classes. Even Ralph Lauren—the OG when it comes to a fantasy prep universe suffused with sailing trips off the coast of Nantucket—has embraced its connection to street culture with collections like Polo Sport and Snow Beach.

Prep is being remastered, now with elements from the worlds of skate, punk, hip-hop, and streetwear. The result is something more wide-ranging. More diverse. And, frankly, much more interesting.

As Rowing Blazer’s Carlson points out, such repurposing is by no means a new trick. “The rugby shirt was a big part of the ‘90s hip-hop scene,” he says. “Some people today might even think Stüssy when they see one before boarding schools in England.” So what many may see as a prep revival, Carlson contends is simply a return to tradition, only this time with a more irreverent and inclusive spin. “What we are doing is just the classics. It’s very much in the vocabulary of traditional American menswear. But rather than getting stuck in the past, we want that rebellious, tongue-in-cheek spirit that was a hallmark of preppy or Ivy style. Rebellious in 2019, though, is going to mean something different than in 1950 or 1980.”

For the current crop of prep revivalists, much of that rebelliousness lies in subverting the style’s stereotypes. Which, unfortunately, is something that doesn’t always sit well with those inhabiting the darker corners of preppy-dom. These are the close-minded elitists who see themselves as arbiters of “traditional” American values, with its system of rigid hierarchies that favor white hegemony. Within this warped worldview, the Oxford shirt represents more than just business casual, it is a signifier for who gets to run the show. But with modern prep, the style gets a much-needed re-contextualization that obliterates such archaic, ugly notions.

At Noah, that means mixing East Coast nautical and collegiate style with skate, punk, and hip-hop. It’s as if the Ivy League uniform were worn for boardslides and visits to underground clubs in ‘90s downtown New York, rather than for Skull and Bones meetings. Or, for a brand like Thom Browne, it’s taking the standard mid-20th century East Coast Brooks Brothers wardrobe and shrinking (or exaggerating) its proportions into something much more quirky and modern. And for Rowing Blazers, it’s sticking to the classic American sartorial palette, but with an understanding that, thanks the semi-regular appropriation of prep elements by a range of youthful subcultures over the years, its context reaches far beyond Chip and Muffy in their BMW coupe on the way to a polo match.

Case in point: Ralph Lauren may have created his brand in the image of the upper-crust WASP set, but it was the Lo Lifes of ‘80s New York and then the ‘90s hip-hop scene that really ushered the brand into the modern age. So for guys like Carlson and Noah’s founder Brendon Babenzien, it’s really just about seeing that wider context of preppy style, and then applying their version of it in an authentic way. And authenticity is key. “The way we make clothes is very traditional,” says Carlson. “But I think we’ve done a decent job of not pandering. We haven’t gone out of our way to appeal to skaters or streetwear. We’re just presenting what we’re doing in a way that’s not elitist, that’s not stuffy.”

The best illustration of prep’s more-inclusive 21st century resurgence came, for Carlson, courtesy of Rowing Blazers’ first pop-up shop back in 2017. “Our very first customer to come in was Vic Mensa, the rapper. The second person was Chip Kidd, the co-author, along with Lisa Birnbach, of True Prep, the new version of The Official Preppy Handbook.” A hip-hop star and the woman who literally wrote the book on prep, both fawning over the same striped blazer. Sorry Hoyt, but this prep’s no longer just for you. 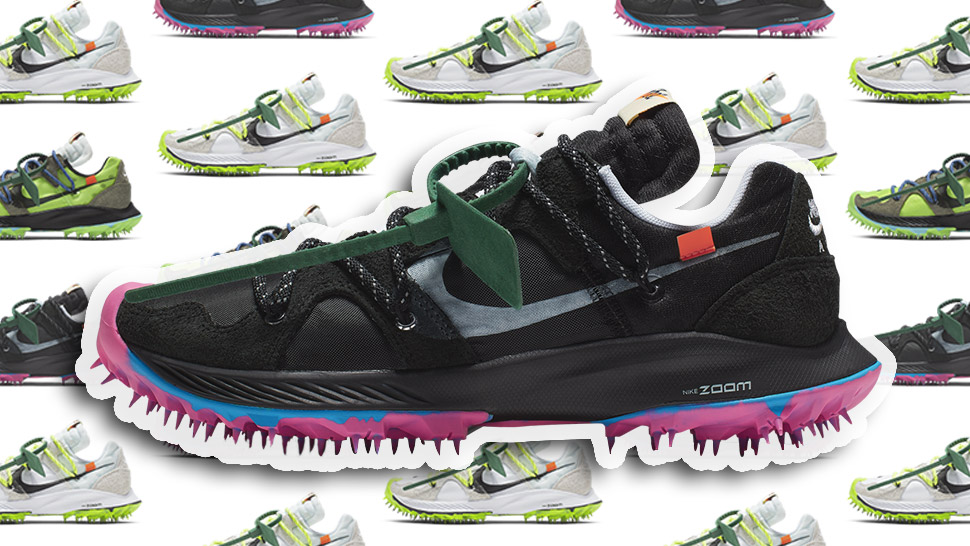 A Closer Look at Nike's New Sneaker Collab With Off-White 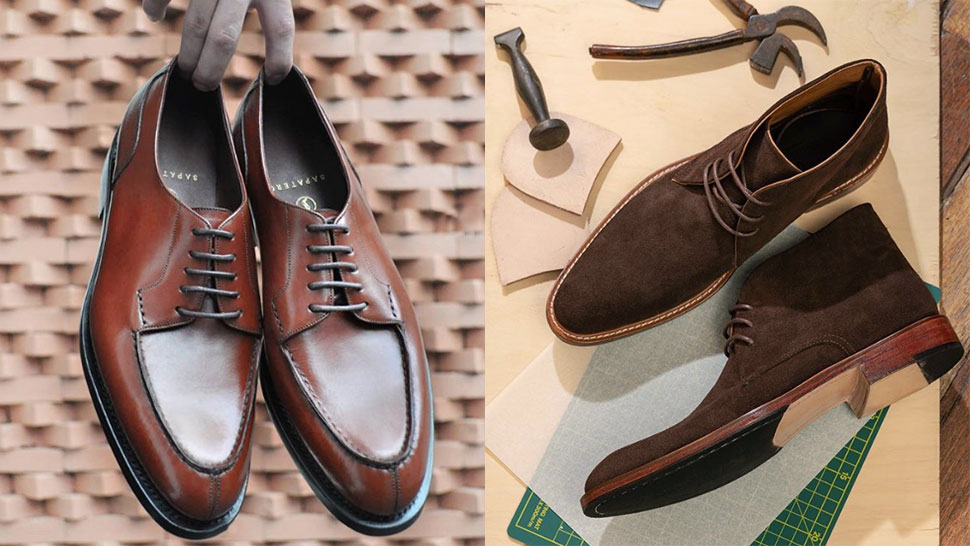