Sartorial Adventures in the Age of Modern Travel

Whether you are in a billion-dollar airport or a jungle in Borneo, minding your manner of dress matters. 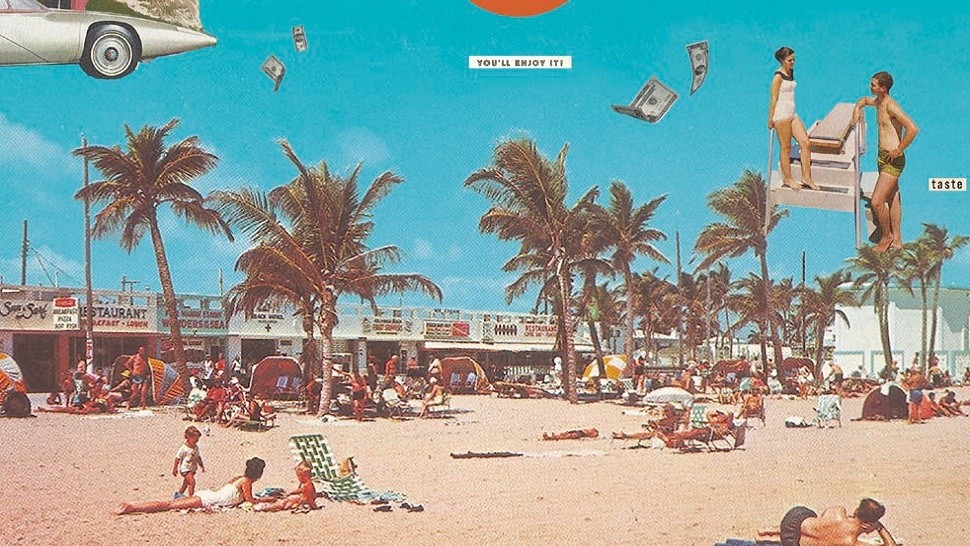 “It's the Filipino in me,” explained the male model somewhat defensively of his dressing smartly to get on a flight. He was talking to his girlfriend-teammate on the reality TV show The Amazing Race. It was a revelation that he was Filipino because he was very tall, very fair, and spoke like an American. But it made perfect sense that a Filipino upbringing would compel him to dress with care when on the way to the airport.

I think it’s because the sense of occasion in air travel-particularly international flight-took a longer time to depart from us. There was a time of course when that sense was universal, in the beginning, when commercial flights were new and the privilege of the lucky few. For me an iconic image of the era is of my grandparents photographed on a tarmac with a Pan Am rolling stairs behind them, she in a stole, he in a sharkskin suit and fedora. Flight was such a special thing, people could actually make a living taking photographs of passengers getting off planes. It was a luxury; you dressed accordingly.

That was a long time ago. Today, flight has become mass transit. Could anywhere be more unglamorous than Ninoy Aquino International Airport? Each terminal has its own unique horror (although the domestic departure gates are, for me, the most panic-inducing). Without a doubt it is the nadir, but I would just as well apply “unglamorous,” as well as “depressing,” to Heathrow in London, 63JFK and La Guardia in New York, Leonardo da Vinci in Rome, and Adolfo Suarez Madrid-Barajas in the Spanish capital (where you might imagine yourself in the tragic denouement of an Almodovar film-and weep). I have only once flown directly to Paris, arriving at dawn, and I have no recollection of Charles de Gaulle airport other than the sight of a Filipina socialite, with whom I was on the same flight (she in first, I in coach) waiting at the luggage carousel with her yaya. I’m quite sure her experience of international airports is entirely different from mine. When you have entrée to the first/business-class lounges of the world’s top airlines, there’s nothing depressing about airports (except maybe NAIA).

Because international travel is often inconvenient, frustrating, and physically laborious, it seems just added bother to have to dress for it. First people began wearing track suits, then it became sweats, jogging pants, and sneakers, and now some people go so far as to board in tank tops, shorts, and flip-flops. That is of course the extreme. Most people just travel in jeans. A lot of Filipino guys dress by default in the de facto call-center uniform of a hoodie and jeans. 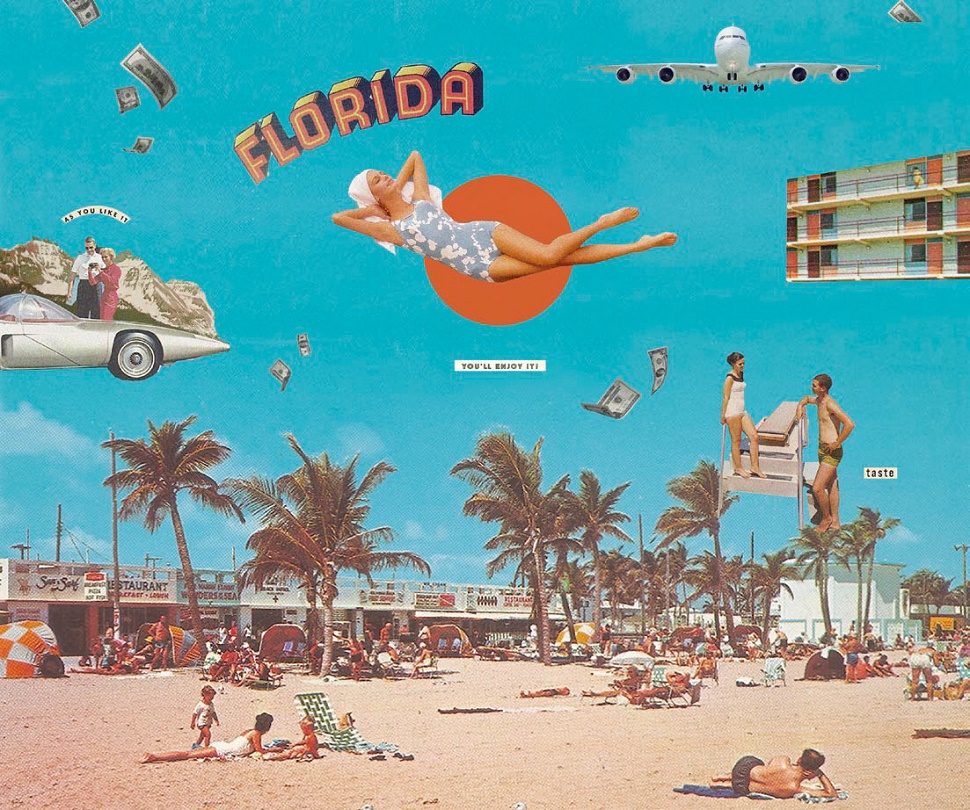 But there are airports that have created spectacular settings resurrecting the romance and glamour of travel. They’re mostly here in Asia. Arguably the paragon is Changi in Singapore. Parts of it are breathtaking. The exotic gardens that interrupt the gleaming modernity of the architecture exult in the beauty of the tropics.

Those giant monuments of mythical guard figures that loom over the departure concourse at the Bangkok airport remind you that you aren’t just anywhere. Dude, this is not America. One of the most lauded airports in the world, Incheon in South Korea makes a radical departure from typical airport modernity with wood floors in some areas.

In any of these places it would be a disgrace to show up in flip-flops. Or even just mindlessly dressed. There is the stage that has been set for you, rise to the occasion.

Flight was such a special thing, people could actually make a living taking photographs of passengers getting off planes. It was a luxury; you dressed accordingly.

You do see many individuals who have made the effort, whose manner of dress articulates their excitement at travel. Some in particular will stand out for the simultaneous stylishness and evident comfort of their outfits, the ease the clothes lend to movement and at the same time an apparent effortlessness in their putting together. I can’t help but remember this blonde, blue-eyed kid, perhaps 15, traveling alone, walking down an airport’s shiny white corridor, clad entirely in black, a combination of knits and weaves, counterpointed by a pair of bright yellow Adidas running shoes. The balance between youth and sophistication, innocence and worldliness, was just so stunning. Come to mind is another kid, Asian, who stood out from his gang. It was just a T-shirt he had on-but it was Dries Van Noten, with an ikat pattern (spring 2010 collection). He combined it with a baseball cap, slim trousers, and sneakers. Here the drama was in the admixture of luxury and the evocation of culture with the attitude of casualness. Then there was this elderly couple I boarded a plane with somewhere in Southeast Asia; I don’t recall exactly where. His hair was completely white and he had round black-framed spectacles. He was in a cream cotton suit with a blue-and-white striped shirt and a knit tie. It was such an elegant ensemble, I promised myself I would one day travel in such style. I have yet to do so.

There is the stage that has been set for you, rise to the occasion.

But it isn’t just the mint billion-dollar airports that make the journey itself worth dressing up for. I remember flying on one of those scary propeller planes to somewhere in northern Palawan. As we descended, we seemed to graze precipices, vividly emerald in foliage, like titanic velvet curtains closing behind us. The deep red dirt of the runway toward which we were languidly lowering was flanked by rows of bougainvillea in full bloom. The “airport” was a thatched-roof pavilion.

And while the behemoth airports in the US and Europe are often aesthetically brutal and alienating, many of the train stations, sometimes in the most unexpected places (Los Angeles, for example), can be exquisite. (The Estación de Atocha in Madrid has a tropical jungle in it.) Points of transit such as these should inspire an appropriate sartorial response from you.

Then there is the destination itself. Not too long ago, I was in a lodge far up Kinabatangan River in the deepest jungle of northeastern Borneo. A few days after, a young Italian family arrived, the parents, a handsome couple, dressed perfectly for the setting. He was in olive and khaki, she in an elegantly cut bush jacket. They were outfitted most stylishly for the safari adventure we were all there for, to enjoy in their natural habitat the endemic orangutans, pygmy elephants, proboscis monkeys, macaques, and this entire other universe of beings that thrive where people are scarce. Next to the Italian couple we all looked like bumpkins. It seems they were regulars at the lodge. While the rest of us dined on bare boards, the white linen was brought out for them.

And here is another reason you ought to dress well when you travel. Sometimes it eases the journey. A great tragedy is that today many people remain prejudiced against people who are different from them. One would have thought that increasing exposure to each other would have cultivated greater amity among peoples. Sadly, the opposite has happened. The vision of the world in which people like Captain Kirk, Leonard McCoy, Uhura, Mr. Sulu, Mr. Chekov, and even a being so alien as Spock could fly with such a sense of unity did not come to fruition.

Being thoughtfully dressed may not always spare you the condescension of an immigration offi cer, the rudeness of a flight attendant, or the gawking of natives, but sometimes it does, sometimes it invites others to reconsider what they think they know about you as a member of a particular group. Oh, yes, there are people who will see nothing in you but the color of your skin, whatever the heck you’re wearing, yes, there are a few bad encounters you cannot evade; all the more reason to always have your best foot forward. 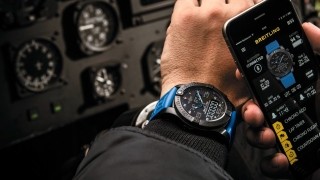 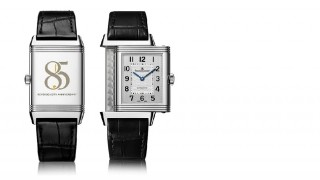