7 Sneaker Resolutions for 2017 (According to Manila's Experts)

Secret Fresh's Bigboy Cheng and Progress Clothing's Edong Canlas give tips on how to start and build this year's stash of sneaks. 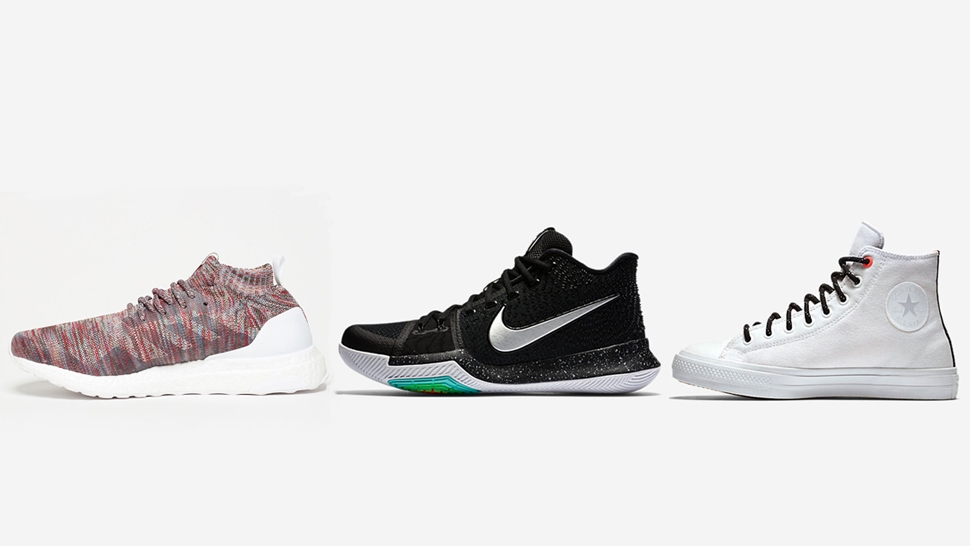 As every New Year comes with a blank slate, we waste no time filling them with dutiful decrees to make the upcoming 365 days a (hopefully) better version than the one before. From bad habits to wrong decisions, destructive relationships to counterproductive routines, everything gets thrown in the proverbial bonfire, along with the prayers that all resolutions don’t go up in smoke. But just as you are coming up with personal, self-improvement pacts on top of your head, we here at Esquire coax you not to overlook your heels. Hear ye, our 2017 Sneaker Resolutions!

The year that was became a big year for sport footwear, with the upsurge of the athleisure trend, the fashion domination of Yeezy, and the vengeful comeback of our most revered sneaker classics. The world’s largest athletic shoe brand, Nike, alone, posted as much as $32 billion in global sales last year, largely credited for upcycling their AirMaxes. If 2016 is anything to come by, comfort is the new normal in style, but it didn’t hurt that the new sneaker shapes that hit our soles looked just as sharp, much to our feet’s collective sigh of relief

But will 2017 be as kind to our trotters? Will we be as accepting of our stripes as our swooshes? Or is it time to make room for fresher picks? We take on two of the country’s largest sneakerheads to help us come up with sneaker resolutions that actually stick.

Out with the Old, In with the New

Just as 2016 looked back in time for hard-hitting sneaker inspo—from your Stan Smiths to your OG Jordans—the Year of the Rooster crows for a new dawn. “I think this (new) year will be about modern colors and new fabrics,” bravely declares Secret Fresh’s Christian ‘Bigboy’ Cheng. The great march forward was preempted late last year by the drop of Adidas’ UltraBOOST Uncaged Parley, the first footwear made from recycled ocean plastics. More than its eco-conscious core, it is the refreshing white and marine green color way that got sneakerheads snapping. But, always a step ahead, Cheng swears by KITH X Adidas UltraBOOST Mid Aspen instead, which features a mid-length sock collar in multi-colored Primeknit to complement the extra plush UltraBOOST soles.

In terms of innovation, it seems like Adidas is overtaking Nike by leaps and bounds, but Cheng isn’t quick to call game over. “I think Nike will bring out a hit this year. I’m not sure what, but it has to be revolutionary.” 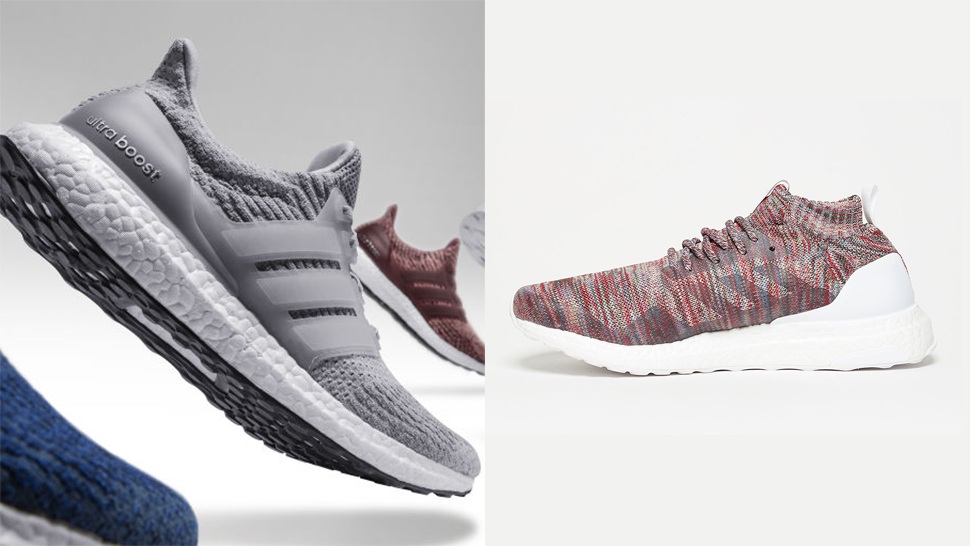 If the Shoe Fits

But with new drops coming almost twice a month, it’s easy to get lost in the sneaker zeitgeist. “Stick with your preferences,” reminds Progress Clothing and Clavel Magazine publisher Edouard ‘Edong’ Canlas. “Me, I stick with my Converse and NB, because there’s only a few of us who do,” he says with a snicker, as if revealing a best-kept secret. Other than for its rarity, Canlas notes that sneaker labels subscribe to different personalities. “Nike makes you look younger. Adi in general is okay, but sometimes they come out with sneakers that make you look like a follower. Vans are for skaters. Converse makes you look legit. And New Balance is for intelligent people.”

It can be recalled, however, that New Balance was thrown off-balance last year when their “Make America Great” collection received calls for boycotts due to the Boston-based brand’s seemingly ‘Pro-Trump’ and ‘White Supremacist’ stances. But back in our shores, it continued to enjoy a strong following from the style-forward set, snapping every color imaginable of the NB 574 rainbow. “Mostly because of its thinner profile, and because metrosexuals are more cerebral when it comes to choosing what they wear; New Balance is Steve Jobs intelligent,” Canlas affirms. 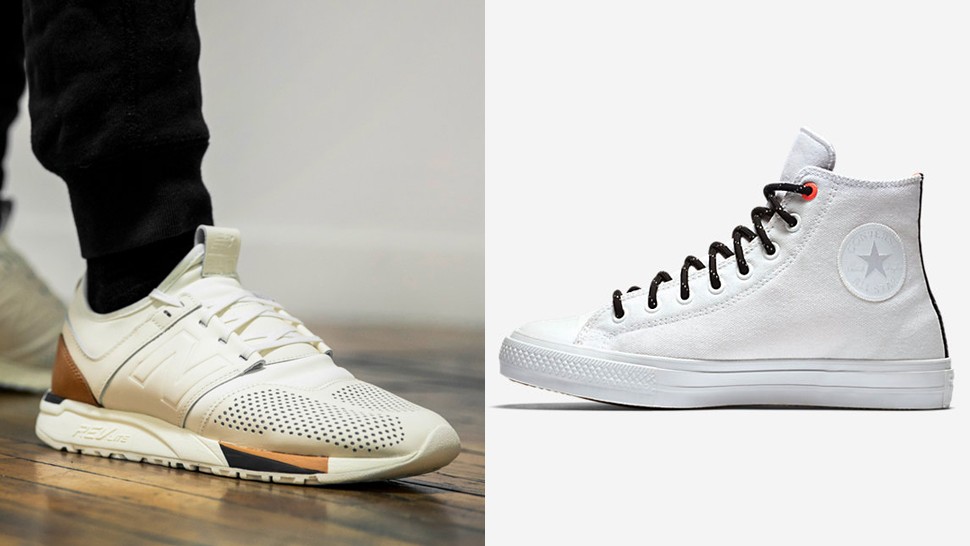 The New Classics: New Balance starts the year strong with the NB 247 Luxe Pack (left) featuring all the good things about the 574, 576, 998 and 1300 models, this time done in premium full-grain leather and cozy synthetic nubuck sock construction, while the Converse All Star II Chuck Taylor Counter Climate collection (right) now kicks an added weather-protection to the classic sneaker boot.

Look Past the Celebrity Foothold

For three seasonal drops now, it’s not a superstar athlete’s endorsement that drives athletic footwear sales; the Yeezy name was the Midas touch that bids 10-fold multiples on EBay. But, just like the person that inspired it, the phenomenal Adidas Consortium collab still keeps on experiencing polar reactions. “All that’s good in sneaker these days is high-tech and highly limited. He turned Adidas around,” enthuses Cheng. Canlas, on the other hand, expresses: “It kind of makes you look like sheep, all because of Kanye.” If there’s one thing the big boys can agree on is the utmost comfort the Primeknit upper and the cushioned boost sole brings. The price, though, remains open for debate.

Cheng notes, however, that the power of endorsement can’t make up for poor design quality. “That’s my beef with UnderArmour. It’s such a waste. They’re already there, but they did not capitalize on pushing design.” Perhaps, that explains how the high-performance American brand’s landmark shoe, the Curry 3, may have helped cause the company shares’ 5% slump last year. 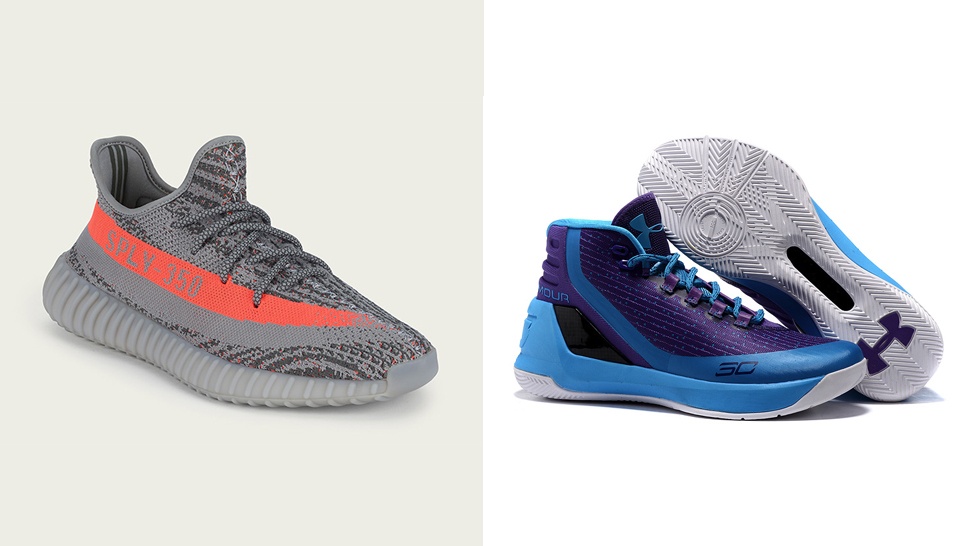 Despite spending decades on the sneaker domain, Asian brands are just about gaining steam, as style directions tip over the East. So trust that a pair of Japanese kicks not only cost you much less, they are also as lit as you can get. “ASICS are for smart people who rock Asian wear, those hardcore Asians who’d want that purist JDM (Japanese Domestic Market) look,” enlightens Canlas. Cheng, on the other hand, swears by the ASICS pairs with that Ronnie Fieg flair at KITH. 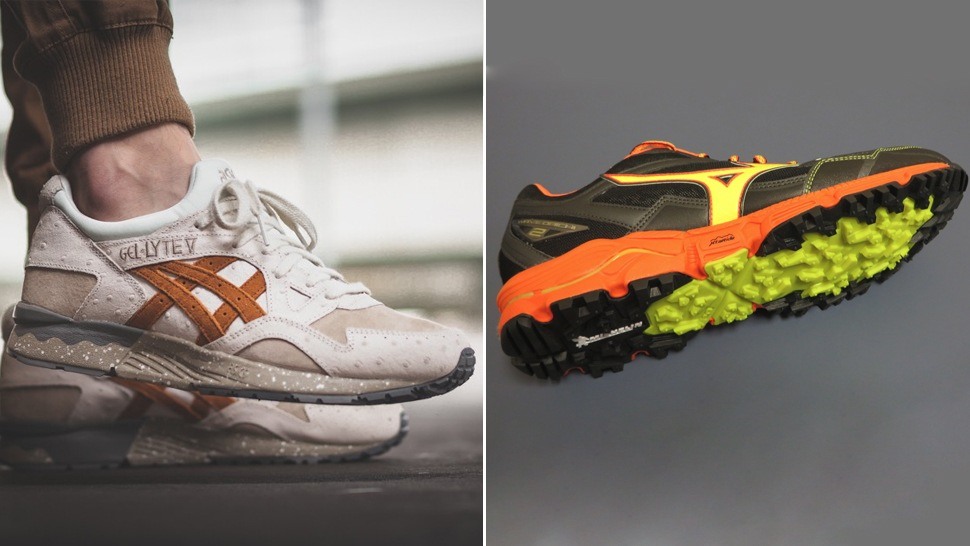 Go Straight to the Source

The only reason why cult sneakers gain an irksome repute among collectors is the exorbitant amounts they fetch for in sneaker flight clubs. So, to redeem the Zen and the pride of copping up a grail, perhaps it’s time to cut the middle man. “Say goodbye to buying from resellers! The brands will love you more,” reminds Canlas.

Waiting for blocks in a beeline across your neighborhood sneaker store does come with added perks, as Cheng notes. “Beautiful things happen when you fall in line. You get the sense of fellowship, the talks with your other collectors that you don’t usually get elsewhere.” Perhaps, just like that rare pair you’re eyeing, the experience that comes with the score is just as sweet. 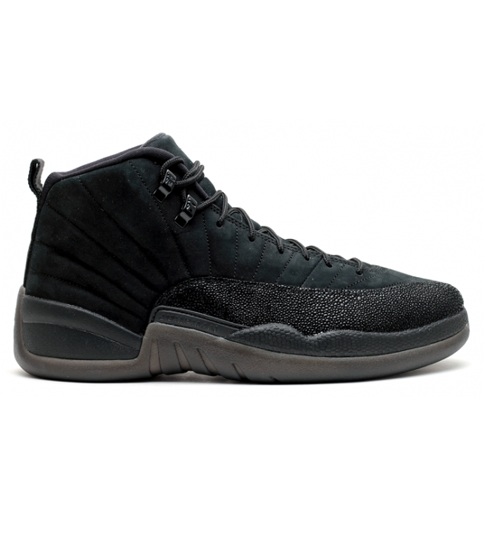 The Dark Arts: What happens when you take a quintessential Jumpman silhouette and match it with Drake's OVO imprint? The Air Jordan 12 Retro OVO is the brand’s ode to the NBA All-Star 2017, featuring a mix of premium black nubuck and black stingray-textured leather upper with metallic gold accents, OVO branding on the footbed, and a smoked outsole. This sneaker sorcery is set to be released on February 11.

Get in the Game

With all pride and the pain, the score and the scars involved in sneaker collecting, it seems like it is growing to be the fiercest competitive sport around. So, how do you know you’re playing it right? “Smart people do not easily follow hype. They have their own preferences, and not follow others’. That’s what makes originators, not hypebeasts,” shares Canlas. And if it comes from someone with 3,557 pairs of kicks, you can trust that it’s the gospel truth.

So to get ahead of the pack, Cheng admits that there can be strength in numbers. “It’s great that there are a lot of launches now. It brings people together. That’s what others don’t appreciate: making connections! Talking about how they get their sneakers, it brings drama to the shoes. There’s a story to tell with each pair,” he says.

So, if you like ‘em that much, maybe you should go and start a sneaker club…and maybe we’re really not kidding. 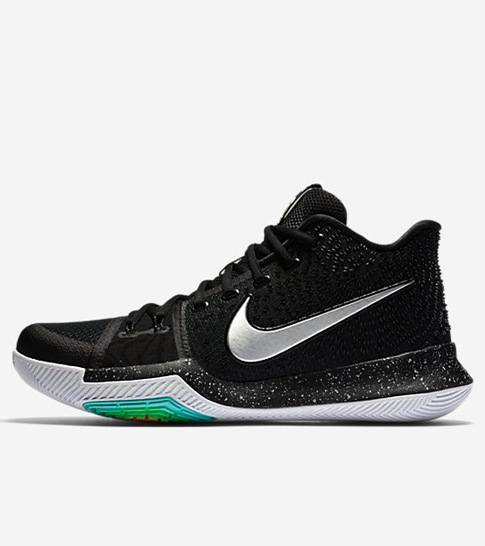 Gold Standard: With a World Championship Ring and an Olympic medal, Cavalier Kyrie Irving won’t do with a general issue. Far from the past two models before it, the Nike Kyrie 3 features independent traction pods on the forefoot for enhanced traction, Dynamic Flywire cables reinforcing the forefoot band, and Zoom Air in the heel for increased cushioning. It’s a keeper given the tech lowdown, but this Team Red color way, set to be released in January 14, makes it a steal for its good looks. 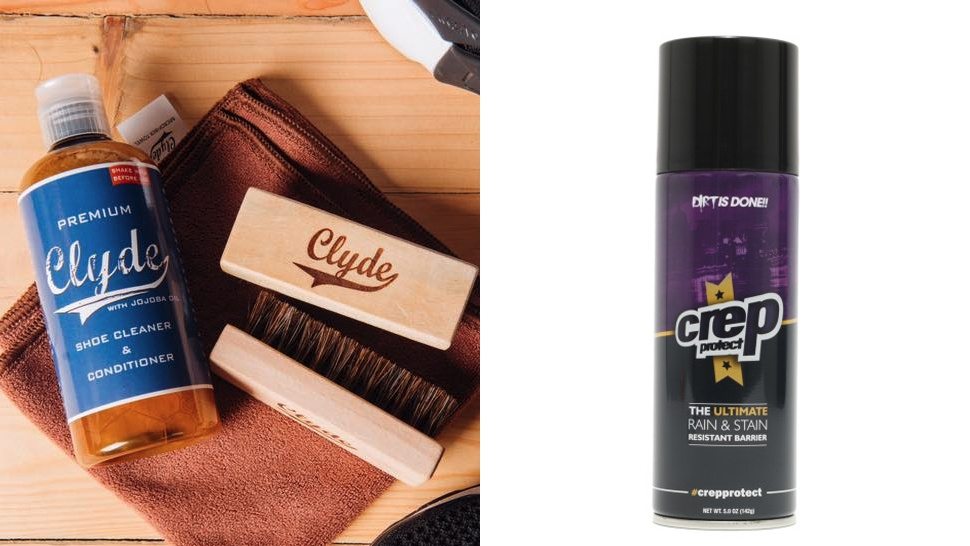 With the cost it takes to cop up just one pair of sneakers these days, one has to contend himself with the amount of care it requires to keep them looking and feeling the same as the moment they were unboxed. Having over 700 pairs under his name, Cheng is no stranger in keeping his beaters as crispy as a deadstock.

It may take a village to raise a sneaker collection, but let’s face it: nothing could bring joy to our inner boy than a neat stack of sneakers. And no amount of sleeve-rolling can keep us away from that. “Sneaker collecting is fun! It’s the Golden Age now, let’s cherish it, and hope it doesn’t end,” adds Cheng.

Next to Godliness: Keeping our kicks in tip-top shape is never a chore of one, so we need these allies: Clyde Premium Shoe Cleaner (left) is made of natural ingredients and maintains a pH balance of 7 for a safe clean for even our most expensive sneaks, while Crep Protect Ultimate Rain and Stain Resistant Barrier offers up to a month of protection from liquids with just one spray. 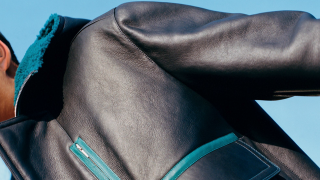 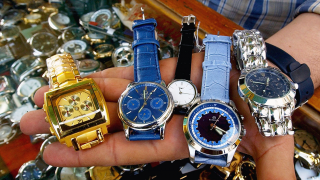