The 10 Best Sneakers You Should Be Scoping Out This Week 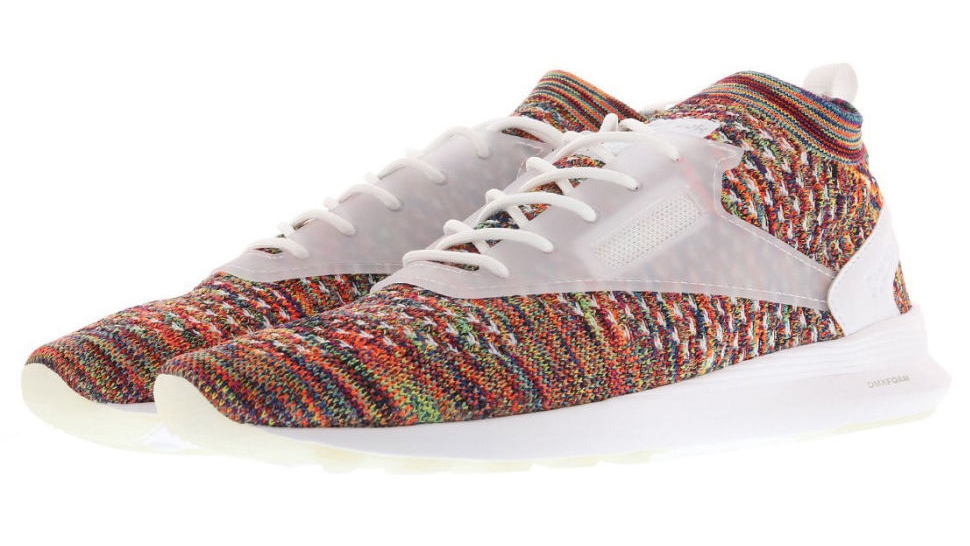 This is not the busiest week in the sneaker world, but it does feature some unique pairs that are worth grabbing. Both Reebok and Nike are offering multicolored knit versions of their racing sneakers, giving you a couple of great options for bright, new shoes. There's a Flyknit update to the Sock Racer, an old school Nike silhouette that deserves as much love as you can muster for it. Adidas teamed up with Canadian apparel brand Reigning Champ for two low-key styles that would immediately be at home in your collection, while a new Li-Ning Way of Wade or Noel Gallagher's collaborative pair with Adidas could bring a little extra. Whatever your style, it's all worth a look. 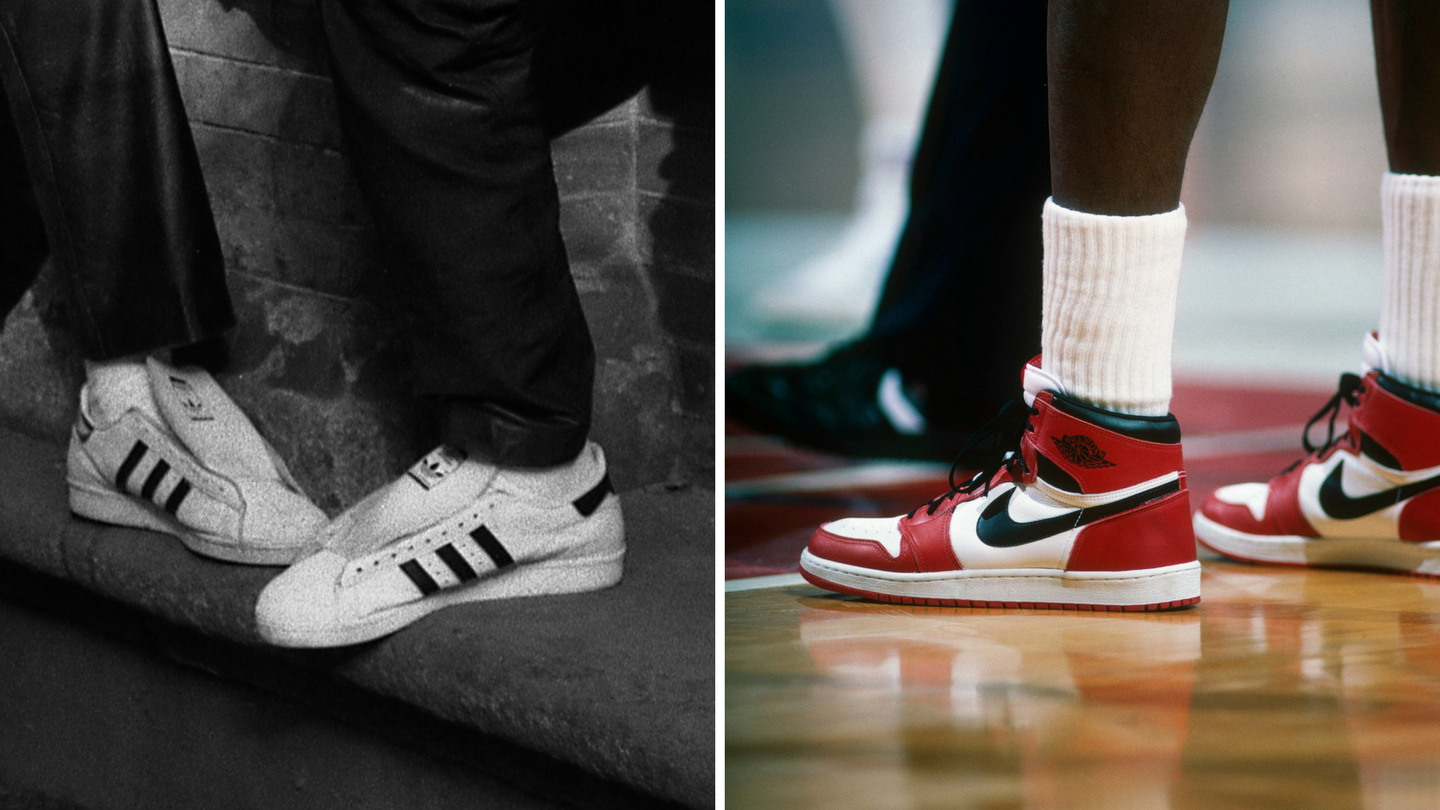 Rihanna's domination over Puma's cultural conversation continues this week with the latest version of her Fenty Creepers. This week's release uses patent leather for the uppers, adding a classy and shiny element to an already popular shoe. The all-black colorway might be a playful alternative to a dress shoe, while the white version with a black formstripe is more casual. These won't stick around stores for long. 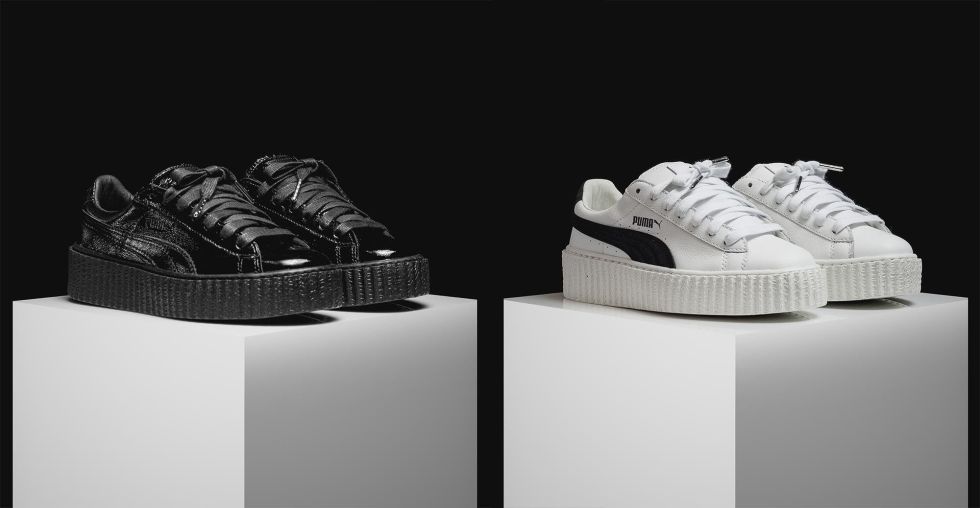 Adidas' City Sock 2 "Ronin" is part of a men's and women's pack, with the men's version featuring a unique embroidered circle on the upper. The graphic is comprised of dozens of stripes, a reference to Adidas' "The Three Stripes" nickname. Those stripes are mirrored through the collar, which on the City Sock 2 extends all the way down to the sole. The pull-tabs at the back add a hit of brown, while the whole shoe sits on a bright white Boost midsole and a translucent outsole. 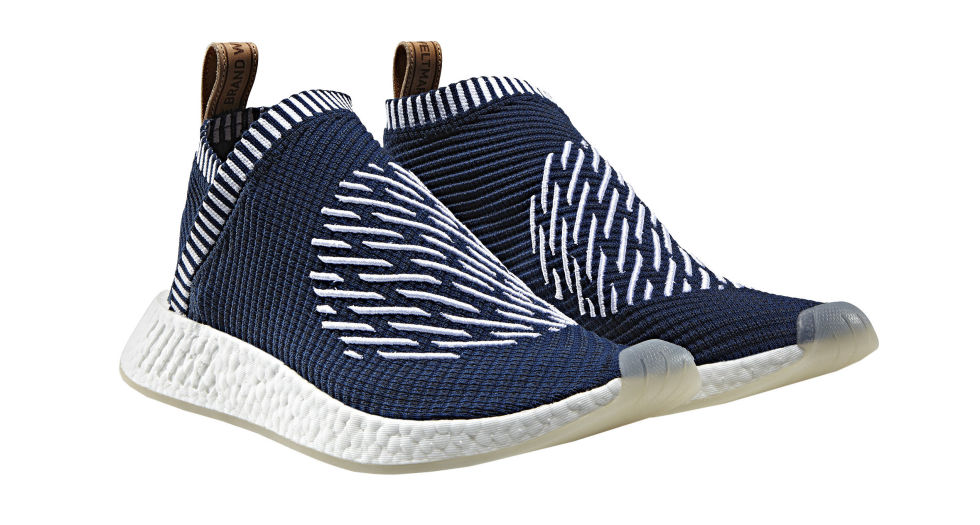 We really had to dig these up for you, but it's worth it because this shoe is amazing. The Sock Racer is a sneaker from a bygone age, but Nike has updated it with Flyknit material, making it a blend of past and present. The brand has added a huge swoosh over the toe that sits under the leather straps that replace lacing. Black and white versions are available now, and they're both winners. 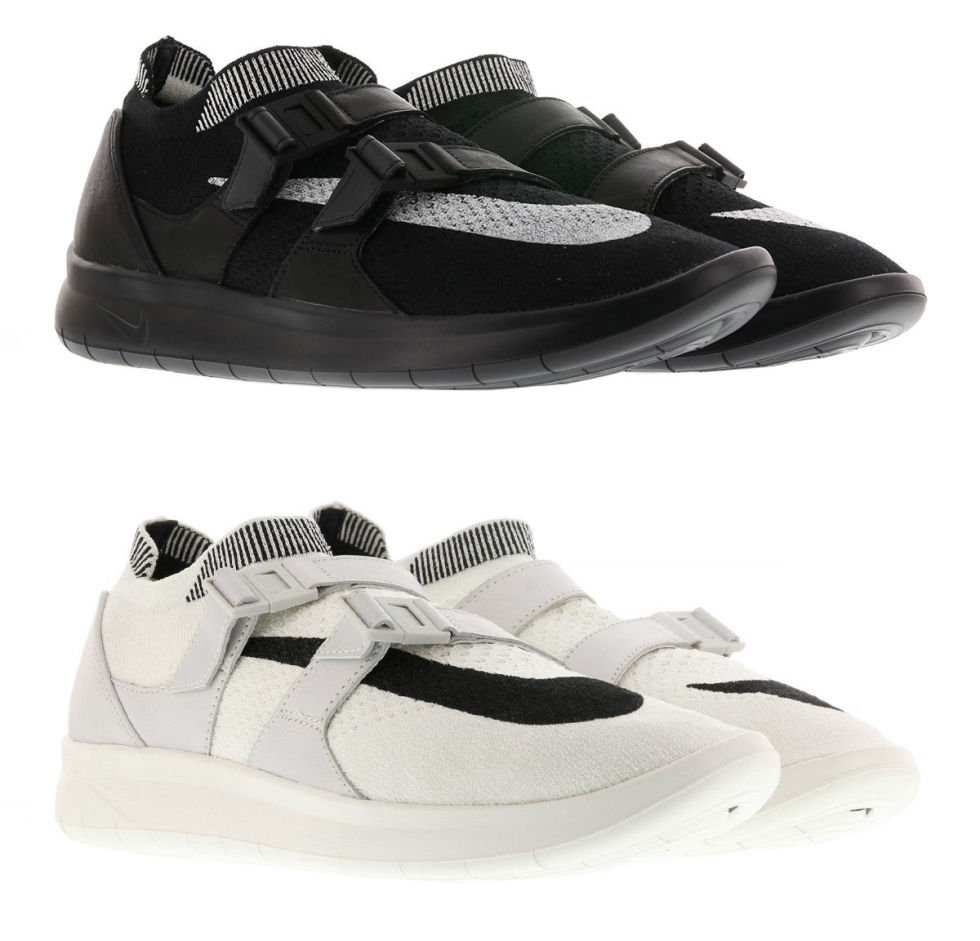 This week in surprising collaborations, Adidas tapped Oasis' Noel Gallagher to create a colorway of the Garwen SPZL for the rest of us. The Garwen is a 1970s-era leisure sneaker, drawing inspiration from Adidas' now-defunct Brisbane model, with a simple construction of tumbled leather, metal eyelets, and old-school wraps around the toe and heel. This special Noel Gallagher version features an indigo upper with contrast stitching at the heel, and Gallagher's own face on the tongue (much like Stan Smith's face that appears on the shoe that carries his name). 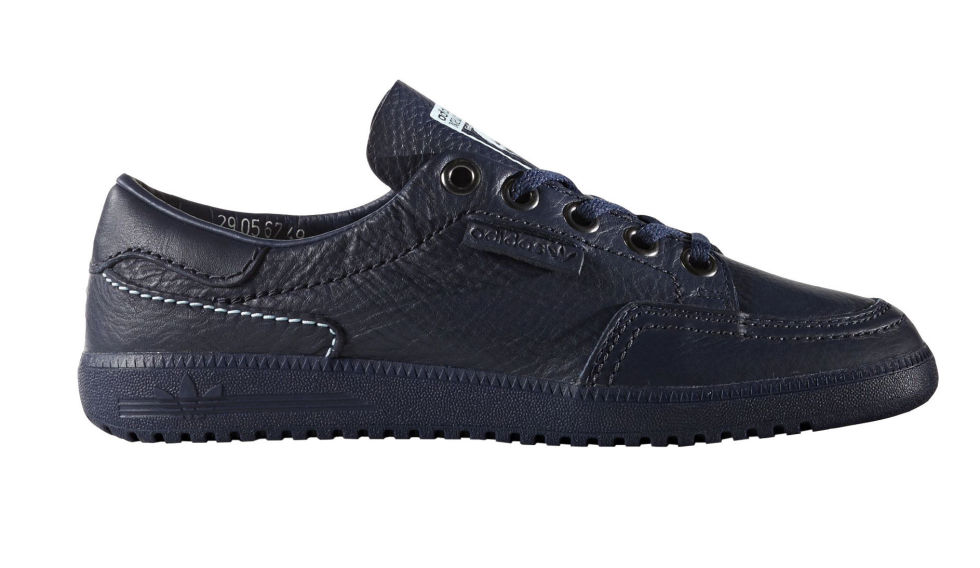 Adidas brings its patented Primeknit technology to the wildly popular NMD, this time in a textured colorway that's almost entirely white. There's a series of stripes all over the upper for variation, while Adidas' signature three stripes are fused on top. Pops of red bring some color at the heel, and most notably at the outsole, keeping it clean and light. 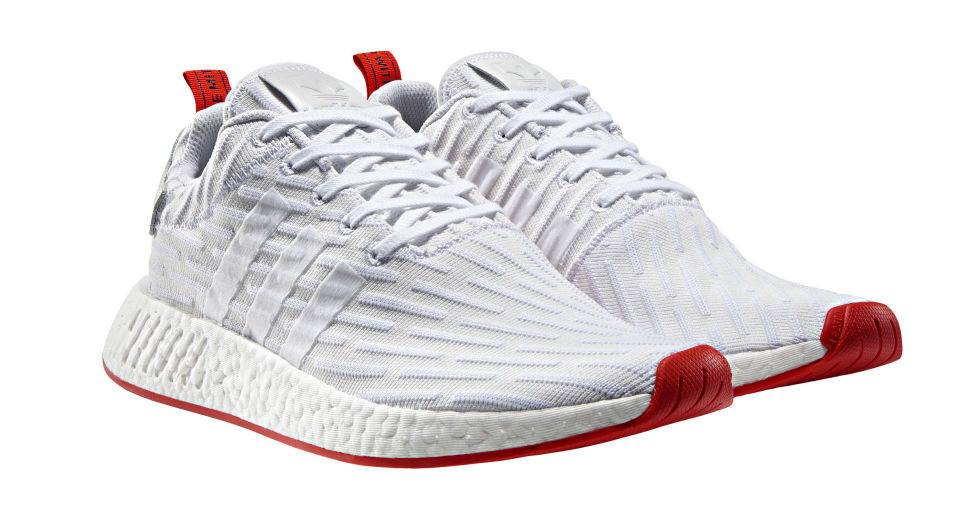 Our favorite Casual Friday sneaker hits this week in a new multicolored version. The Flyknit Racer is wearable in basically any situation, thanks to its slick look and sophisticated silhouette. Since Nike introduced Flyknit years ago, the multicolored versions of their sneakers have always sprinted off the shelves because they're as eye-catching as they are unique (no two pairs are the same). Watch for these to go really fast—but if you catch them they're the perfect summer weekend sneaker. 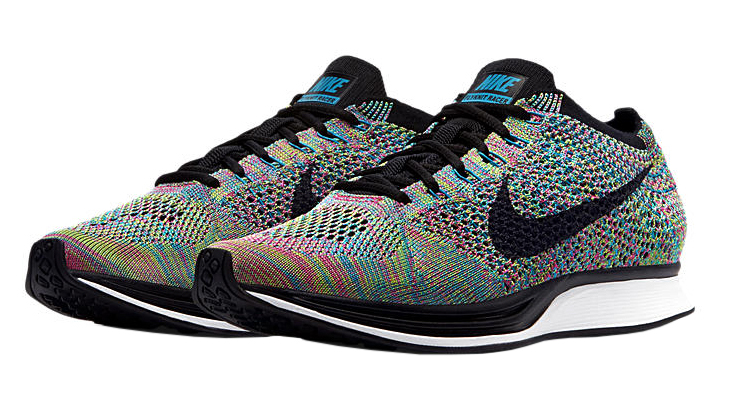 Canadian brand Reigning Champ has cornered the market on elevated loungewear, offering an updated and more luxurious version of any piece of your sweatsuit you can imagine. This week it's back with Adidas offering a duo of pairs, the first being this mostly white pair of Ultra Boosts. Reigning Champ sets the pair apart with a more textured knit and hits of gray around the heel. These look fly, and considering the popularity of the Ultra Boost, they will fly. 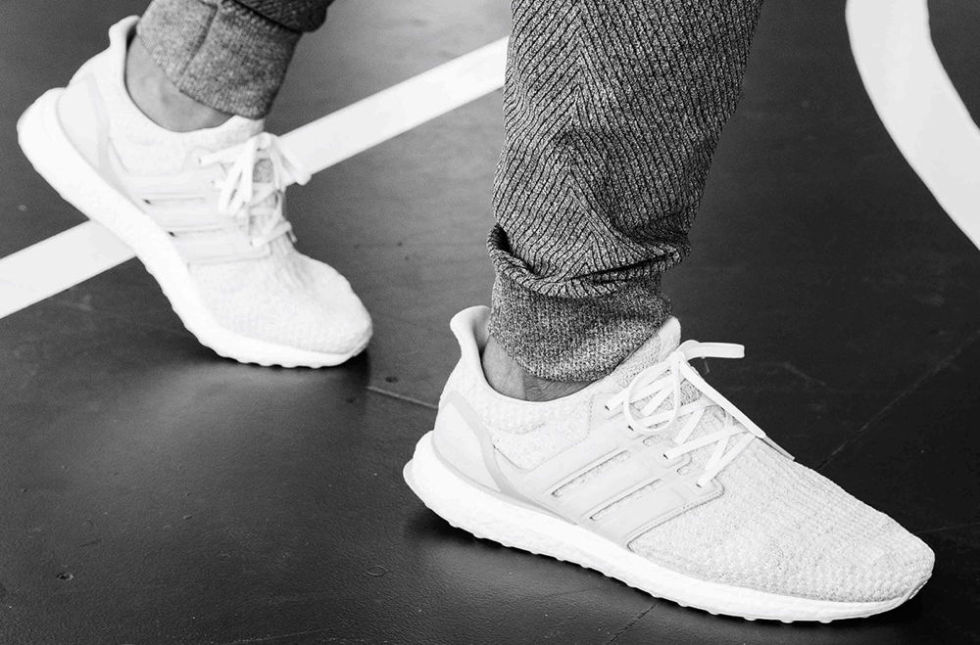 The other pair of kicks in the collaboration between Adidas Athletics and Reigning Champ is a pair of AlphaBounces. The perennially affordable running sneaker gets a prototypical Reigning Champ makeover with a pure gray upper. In its short life, the AlphaBounce has become famous for colorways that are extreme in their combinations to balance the textured design, but this nearly tonal grey pair subverts that expectation. Both of the pairs in this collaboration work with the broad collection of apparel releasing alongside the shoes. 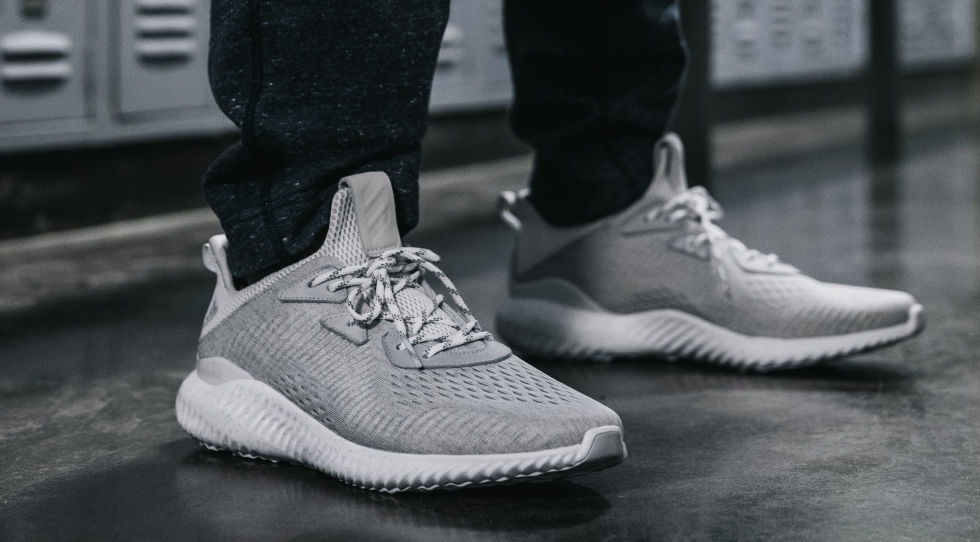 Maybe you like the Flyknit Racers that are hitting shelves this weekend, but want to grab something that will set you apart from the rest. Reebok's new Zoku Runner hits this week in a bright multicolored version. A white midsole brings out the hits of white in the knit above it, while a semi-translucent rubber overlay matches the outsole. The Zuku represents an exciting new direction for Reebok, and a promising alternative to styles that are already ferociously popular. 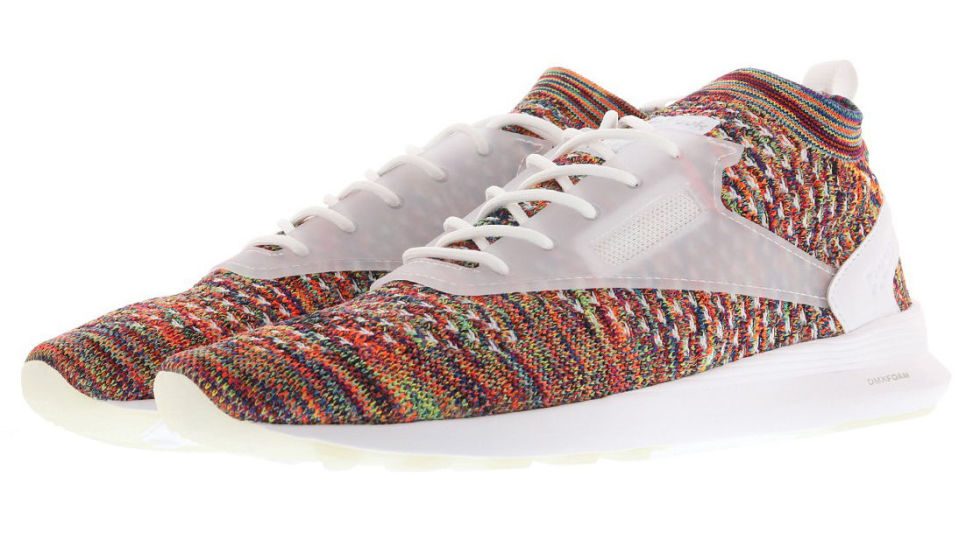 Last year, Dwyane Wade launched a "White Hot" colorway for his Way of Wade 4, and this year he's bringing the idea back in an execution tailored to a wider collection of fans. The entirely white upper brings attention to the variety of textures and panels that make up the shoe, while a tan sole is a shout out to the traditional rubber outsoles that dominated the sneaker industry until the invention of EVA. The colorway isn't a neck-breaker, but offers just the right amount of design and style for anyone looking for a clean basketball sneaker. 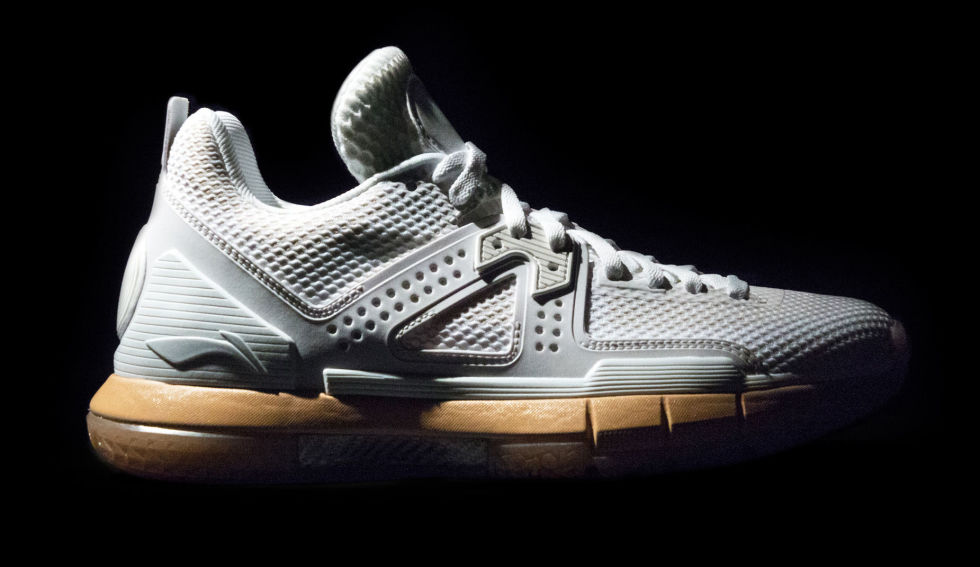 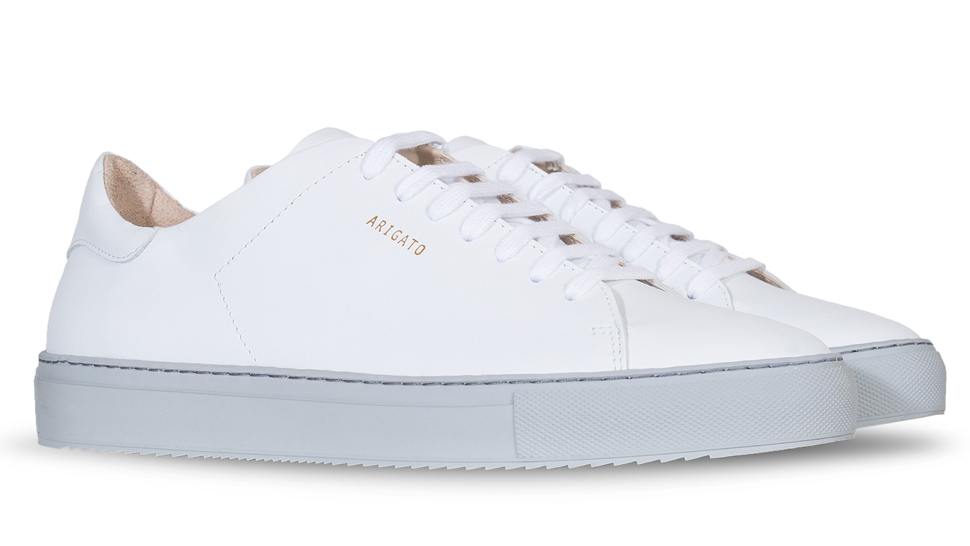 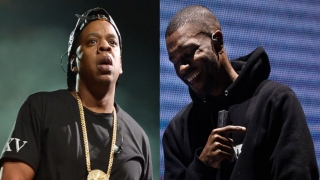 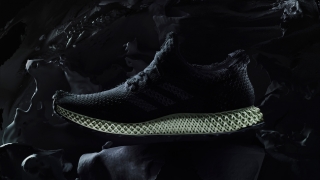