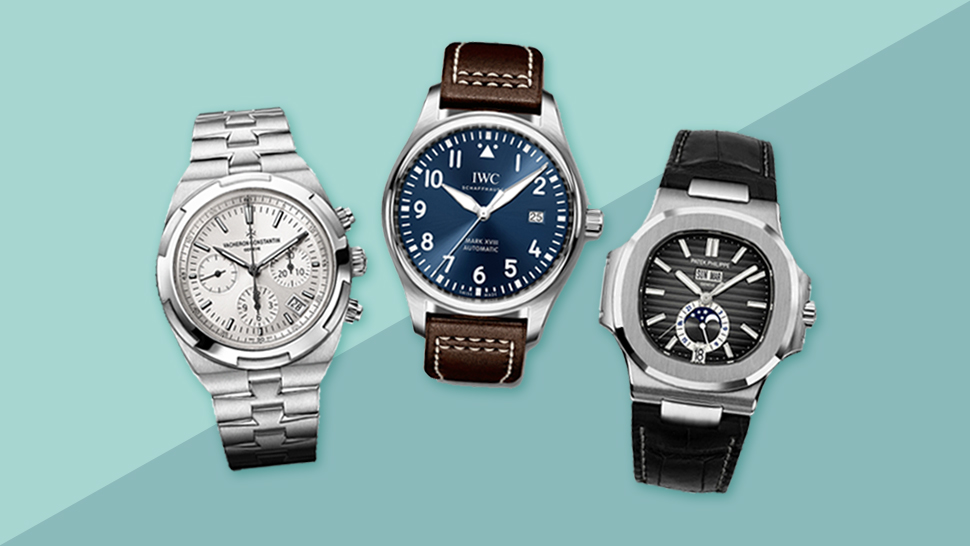 It almost seems like a misnomer: everyday luxury. Some would lament that luxury watches are not meant to be worn every day, for every activity—but collectors who have fallen for a specific type of watch know that the wear of the everyday, the marks of use etched by the passage of time, adds to the appeal of their chosen watch. The luxury watch becomes even more theirs by constant use. It also speaks of the versatility of the watch, its understated elegance, to be considered appropriate for any occasion.

A conversation with Emerson Yao of the Lucerne Group says that the everyday watch category within a luxury brand usually (but not exclusively) appeals to the younger buyer—and truly fits their lifestyle, whether they’re a CEO, doctor, athlete, car aficionado, or frequent traveler. “Most of the time, these everyday luxury watches are in steel, titanium, rubber, or with a few details of gold. They are mostly sports watches but not all the time,” says Mr. Yao.

What is the best everyday luxury watch?

If you’re looking for flash, or outsized eye-catchers, the everyday luxury watch isn’t it. Instead, you’ll find rugged and reliable timepieces, on the right side of classy. They’re the go-to watches, the kind of watches that you strap on without having to worry if you’re making the right impression or not. It could be your first smart purchase, or it could be the purchase you held out for after years of waiting, but it’s the watch in your growing collection that you won’t part with, because you know you’ll be wearing it for life. And that’s pretty priceless. 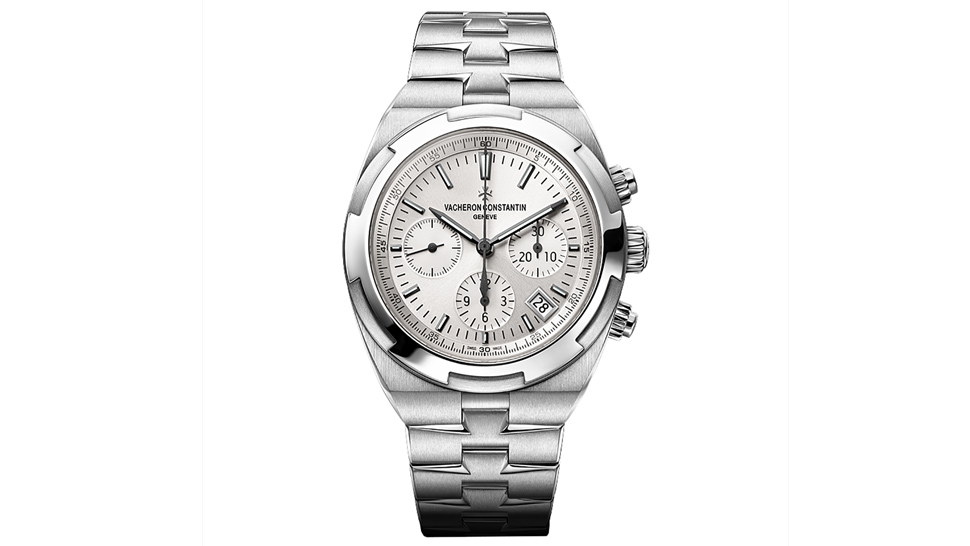 Collectors fall in love with the Overseas Chrono at first sight, and become irrevocably devoted upon learning of its historical significance. It is considered Vacheron Constantin’s first (and last?) sports watch, a direct descendant of the “222” designed by a young Jörg Hysek and launched in 1977, during the era when Swiss watchmakers broke away from tradition to delve into postmodern design. It is the only model that uses steel in the entire VC roster; and the first to provide the option of extra straps.

Noteworthy in the 2016 collection is the 5500V, particularly the refined silver on white edition Ref. 5500V/110A-B075. Slimmer indexes and hands, and the transfer of the prominent date feature at 12 to a smaller window at 4h30 on the dial, gives this automatic watch a cleaner, more streamlined look. Quite masculine, the 42.5mm rounded case, harboring the new Caliber 5200 column-wheel chronograph movement, looks elegant rather than clunky on the wrist. Fitted with a stainless steel bracelet, it can serve as an alternative “dressy” watch, but you can easily swap the bracelet for a more casual strap in either hand-stitched alligator or black rubber. With three interchangeable styles, it can be worn for any occasion, though rather too dear for most wearers to use as a “beater.” The catch? You just might have to wait to actually get your hands on it—although the local boutique has already placed the order, they’re still waiting on the 2016 models, which are expected to be delivered this month. 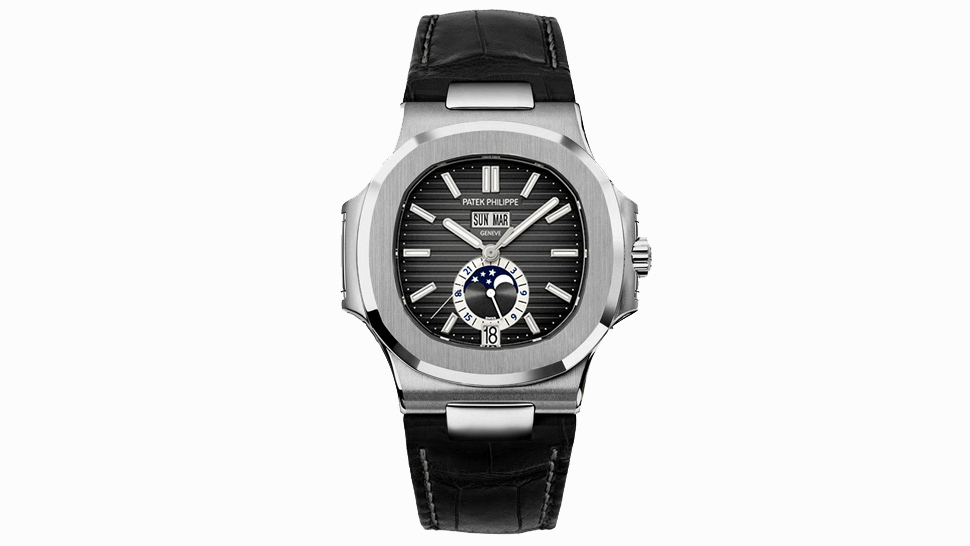 A perfectly balanced timepiece hewn from a design by legendary watchmaker Gérald Genta (to rival a slightly older creation of his, the Audemars Piguet Royal Oak Chronograph), the Patek Philippe Nautilus is legendary among collectors and has been immensely popular since its introduction in 1976. The Nautilus 5726 is the first to feature an annual calendar, showing the day of the week and month in twinned windows on top, right below the 12h mark, and the date on the bottom, serving double-duty as the 6h mark. The watch sports the now classic “porthole” shape, with embossed horizontal bars and a moon phase indicator on the dial, and harbors a precise mechanical self-winding movement in the Caliber 324.

Difficult to choose which model fits your lifestyle (read that as they’re all too good-looking to pass up), but singer Ed Sheeran seems to have made his the deliberately casual stainless steel on hand-stitched black alligator strap edition Ref. 5726A-001. For more heft, try the stainless steel on steel version, either with the classic black dial Ref. 5726/1A-001, or the silvery white dial Ref. 5726/1A-010, a later addition in the Patek Philippe roster. For a sporty watch, it’s relatively “small” at a mere 40.5mm in diameter, but back in the day, the Nautilus was a big departure for Patek Philippe, which was known for smaller, dressier watches—hence the original Nautilus being affectionately nicknamed “Jumbo.” If you fancy resetting your watch every February, and the hefty price tag is no deterrent (around P1.2 million) go for it—but you’ll have to fall in line, as locally, there’s a waiting list for up to three years on all Nautilus models. Worth the wait, right 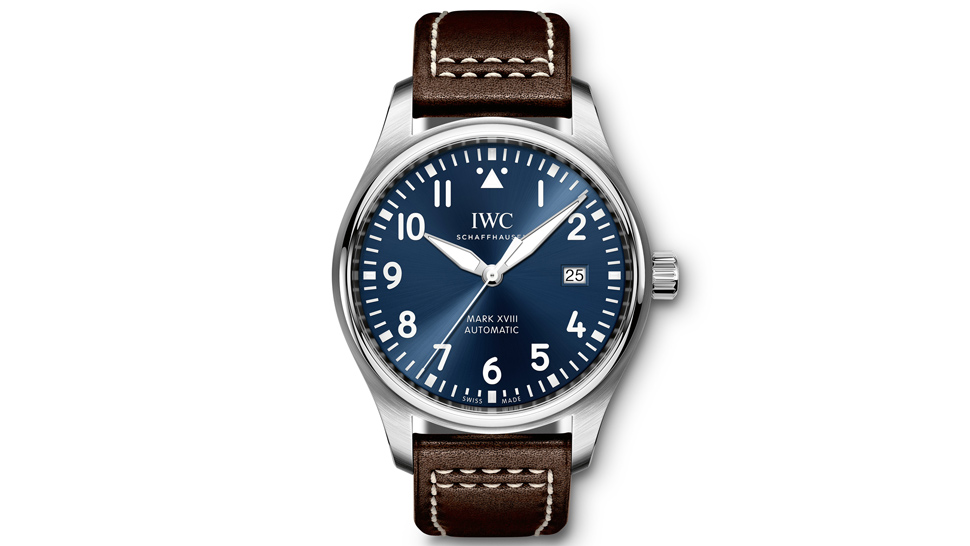 Genta fans should be aware that the master craftsman created the original IWC Ingenieur SL in 1976, so the current models might be of interest to those languishing in wait (hardly the same as the Nautilus, and at a fraction of the price, they know it too, but it has its own heritage charm). While you’re there, however check out the Pilot’s Watch Mark XVIII “Le Petit Prince” Ref. IW327004, part of the series of limited-edition watches inspired by the classic tale penned by pilot Antoine de St. Exupéry—hence the dashing figure of the boy-hero with his sword, based on a 1940s drawing of the author, on the case back. Made of stainless steel, with a brown calfskin strap by Santoni, it’s smaller at 40mm than its no less beautiful but slightly more imposing (and more dear) brother, the 46mm Big Pilot’s Watch. An aesthetic wonder whose distinctive midnight blue dial pops in any display, the Mark XVIII does away with the previous triple date feature for a simple date display at the 3h mark that’s very easily read. Hewing closely to the ideal of classic Pilot’s watches, this self-winding mechanical watch is rather an elegant iteration of cockpit instrumentation, with very legible white hands and Arabic numerals, and a triangular index.

The Mark XVIII is less pricey than the other two watches previously discussed, if that matters to you, but more important, part of the proceeds go to the Fondation Antoine de St. Exupéry, and goes toward building schools with libraries and reading material in remote areas, including places in Southeast Asia such as Siem Reap, Cambodia. Crafted beautifully, with a heart, it’s clearly a fitting tribute to The Little Prince. 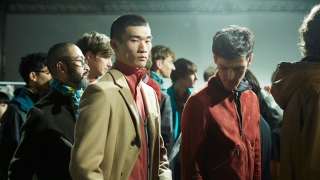 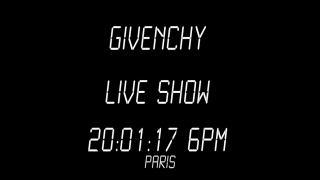