How Western Became The Unlikely All-Inclusive Trend Of 2019

The rise and rise of the embroidered shirt. 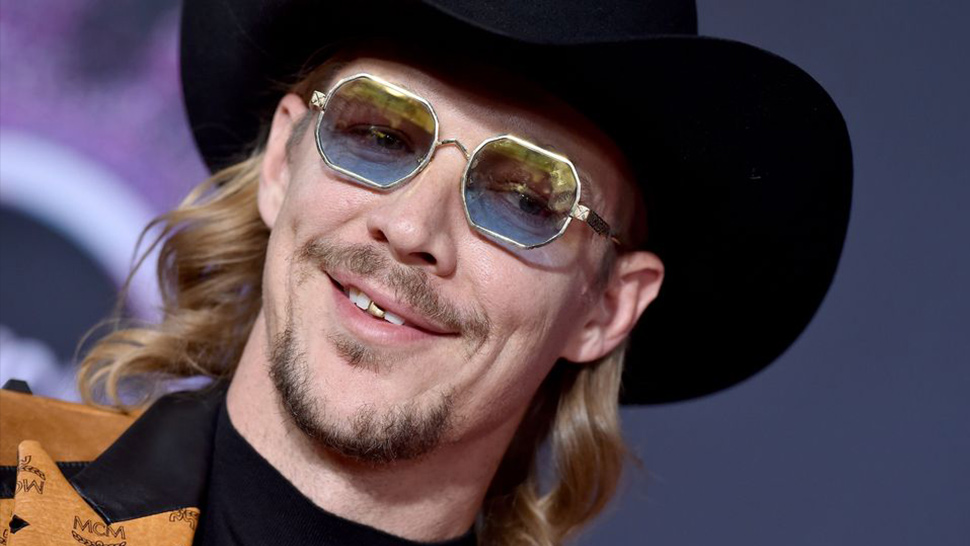 If you paid any attention to the American Music Awards 2019, you'll have witnessed the apogee of a trend that's been bubbling its way to the surface for a while. When Post Malone and Diplo hit the red carpet in ten-gallon hats, bolo ties and pointy, heeled cowboy boots, they were just the latest – and, perhaps, sharpest – examples of a look that's been making waves across all subcultures and styles.

You may scoff at the idea that all the men around you are dressing like sheriff Woody, but you don't have to go the full yee-haw to tap the trend. Precisely where it emerged from is debatable, but it was there in the double denim and cowboy boots of Raf Simons's short-lived Calvin Klein. It's the pearl-snap shirts of Saint Laurent and the leather-shouldered jackets at Dsquared2. It even got a streetwear remix in Palace's collaboration with Ralph Lauren, a man, and brand, that's been flying the western flag for half a century.

Perhaps the most interesting thing about the western trend, or, considering where it came from, the most fitting, is how democratic it is. For every fringe-jacketed Lil Nas X, there's your workwear-loving mate in a pair of yoked Levi's 501s. Western is, arguably, 2019's most unexpectedly wearable trend. Here how you can make it part of your own wardrobe, without the saddle rash.

The Origin of Western Style

Like a lot of modern trends, such as military, western can find its routes in historic, functional gear that designers stole for style purposes. From the bright embroidered shirts that cowboys wore so they could be easily spotted at rodeos, to Stetson hats that were made to endure harsh weather conditions in the Civil War, most western staples can be traced back to 19th century America, where it was worn by actual cowboys, pioneers and mountain men.

A lot of original western brands haven't survived into the 21st century, but those that did still flourish. Filson, for example, was created in 1897, at the height of the Great Klondike Gold Rush, for workers who needed hardy, reliable clothing. Although sifting for gold nuggets in streams isn’t as popular today as it was back then, Filson remains a go-to brand for camping and hunting gear, such as weatherproof jackets and oil finish chaps. All of which looks as good in the city, too.

Not all western brands still rely on their element-battling roots. In 1873 the blue jean was invented by Levi Strauss, who added metal rivets to work pants to create a stronger uniform for hard-grafting men, like miners and cowboys. Today the brand has evolved into a cultural staple, a staple for every subculture from mods to rockers, punks and indie kids.

Southern state troubadours aside, western wear’s most prominent and stylish introduction into the world of style was through Elvis Presley, especially in his starring role in cowboy movies like Charro!, where he wore classic double denim and embroidered shirts. But as his career progressed, he got into more flamboyant outfits like Nudie suits (named after their creator, Nudie Cohn) which were covered in embellishments and rhinestones.

When western went rock, things got darker. In the Seventies, Motorhead’s Lemmy had his black-on-black outfit, consisting of cowboy boots, hat and bolo tie. A decade on, Bruce Springsteen tapped a blue-collar take on western with distressed double denim and a bandana. More recently, Queens of the Stone Age’s Josh Homme has given it a Nevada desert twist with his signature check shirts.

Fast-forward to 2019 and it looks like we’re coming full circle, with artists fully committing to the full western look. Whether it's Post Malone’s custom Union Western suits, or Lil Nas X’s fringed jackets and ridgetop hats, western hasn't been this ubiquitous since Elvis. No man pulls it off better than Orville Peck, the Lone Ranger-masked Canadian singer. “I think people connect with the image of a cowboy because it represents a sort of personal freedom,” Peck says. “The freedom to be an outsider or an outlaw and still hold your head high. I’ve felt like a cowboy my whole life.”

Peck is not a nostalgic novelty act; he's an LGBT country star for the modern age, who pours his vulnerabilities and broken heart into his lyric, And updates the genre's look as well. “My style is mostly drawn from cowboy culture, but there’s a lot more diversity in that than people may know,” he says. “I like to combine basic western elements with high fashion; I’m following a long legacy of country artists that have heightened aesthetics.”

How to Wear Western Right Now

All of which means that western doesn’t have to come with a second-hand smell. Brands such as Saint Laurent, Brunello Cucinelli, Needles, Billy, and SSS World Corp are all dabbling. This is just more proof that it's one of those rare trends that can translate from the catwalk to the street, meaning you can wear key pieces across a wide variety of scenarios. “Investing in a western shirt is the simplest way to dip into this trend,” explains Mr Porter’s style director, Olie Arnold. “It’s a versatile piece which can be worn with a range of wardrobe staples from denim, to chinos, and even under a suit to give it a more casual feel.”

Our advice is to start off subtly: replace your plain revere collar shirts with versions with minor western details, like contrast paneling or utility pockets. Their beauty is their flexibility: jeans or trousers, boots or trainers, leather jacket or bomber, it works with almost any off-duty staple.

For outerwear, there's a couple of ways you can play with the look depending on how much you're committing. Blue denim is your entry point, but this has been adopted by so many other trends that it's difficult to recognize its western origins without any distinguishing features, like a juxtaposing corduroy collar or standout yoke. A surefire way to amplify your denim jacket is to double up on it with your jeans. Keep it tonal and in the same color family as your jeans, but don't match them exactly. A little contrast keeps you out of Texas tuxedo territory.

If that feels uninspired, experiment with suede truckers, which can work with plain tees and jeans as well as printed shirts and cropped trousers. Brown would be the pioneer's choice, but for a contemporary and seasonal take, red and green are both strong alternatives.

The hardest piece of this trend to pull off is definitely the cowboy boot, so if in doubt, substitute for a less statement-making piece that still has that chunky, hard-wearing feel. Dr Marten’s eight-eye boot, for example. For sleazy western decadence, though, it has to have a Cuban heel and pointed toe. AMIRI has plenty of suede options, adorned with buckle and bandana details, which would bring out the potential of a leather biker jacket. For something more classic, Saint Laurent's harness boots are the ones for monochrome tailoring.

But like Orville Peck said: western's ethos is all about personal freedom, so make it your own. While you may not be able to quit your job to brew moonshine in the harsh desert sun, a suede jacket might just be enough for you to embrace the outlaw life.

About The Author
Jamie Carson
View Other Articles From Jamie
Get The Latest Updates From Esquire!
Subscribe to our newsletter!
Latest Feed
Load More Articles
Esquire Money 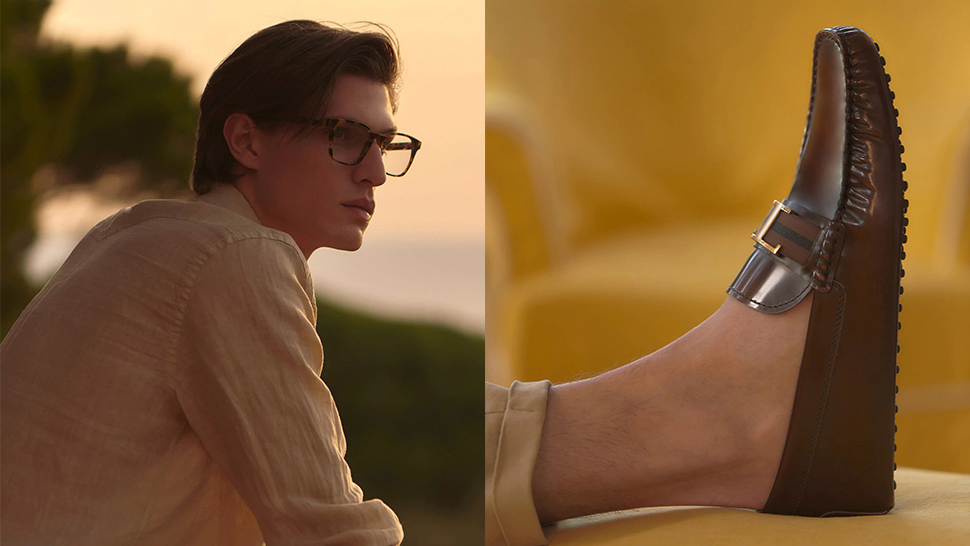 Tod's Resort Collection Lookbook Would Like to Welcome You to Summer 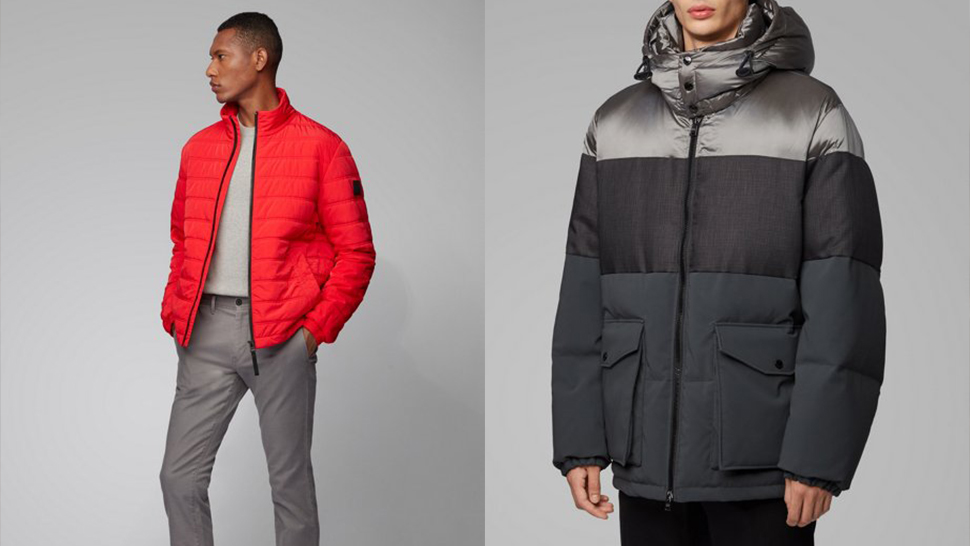