Where You Can Get Those Chunky Retro Sneakers Without Going Broke

Do you know that running brand Saucony has its own superstar sneaker styles from the '80s? 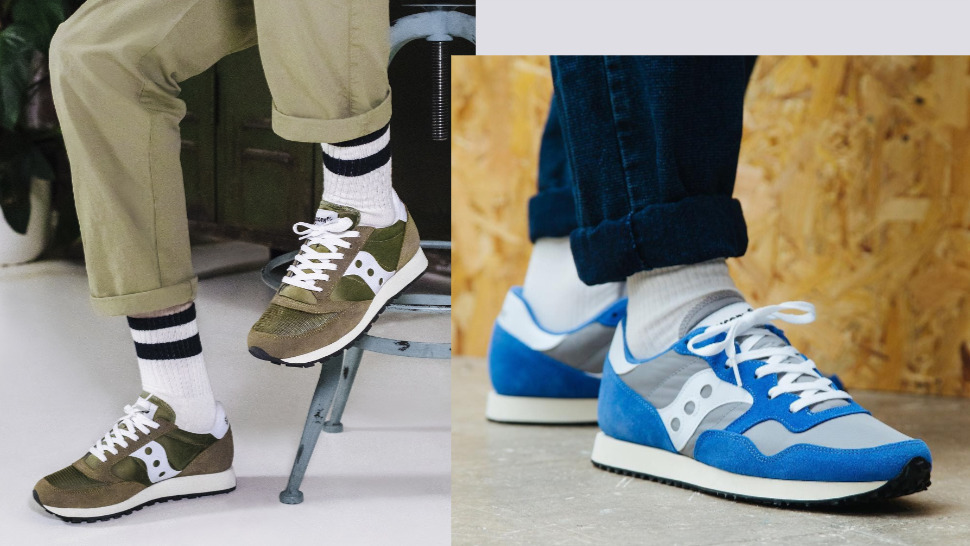 A little sleuthing on the Internet provides us with this important information: It's pronounced “sock-uh-knee.” Not “saw-saw-nee.”

With that out of the way, let's proceed to these new beauties, which are actually, old. From athletic brand Saucony, two in-fashion sneakers originally from the '80s prove, once more, that everything old is cool again like Huji Cam and Jeff Goldblum.

Are you still stuck at sock-uh-knee? Yes, yes, the American shoe company is best known for making high-performance running shoes, but it also makes lifestyle sneakers for people who, uh, do not run (or have weak knees).

For its 120th year, Saucony brings back some of its greatest runners, reimagining athletic forms as something streetworthy—and by that, we mean something in the realm of the hot-right-now chunky-alien trainer look.

Consider the Jazz Original Vintage from 1981 and the DXN Trainer Vintage from 1983. The new-old trainers keep the originals' forms and details, including the mesh toebox, unlined tongue, weatherized upper, and classic logos, as well as incorporate Saucony tech such as a shock-absorbing midsole and a rubber traction outsole. 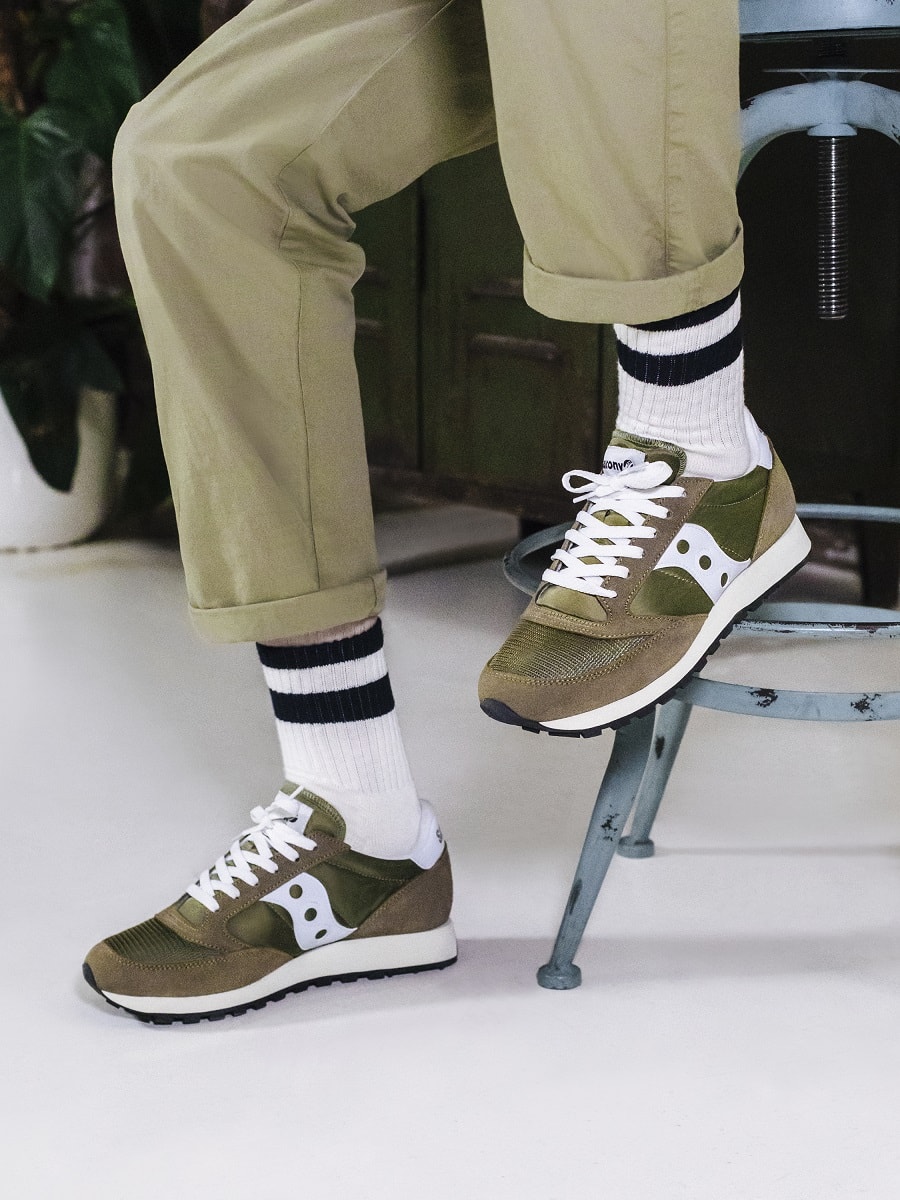 ADVERTISEMENT - CONTINUE READING BELOW
The Jazz Original (P3,395) has a nylon, suede, and mesh upper for durable wear and comes with a set of secondary laces for versatility. IMAGE: Saucony 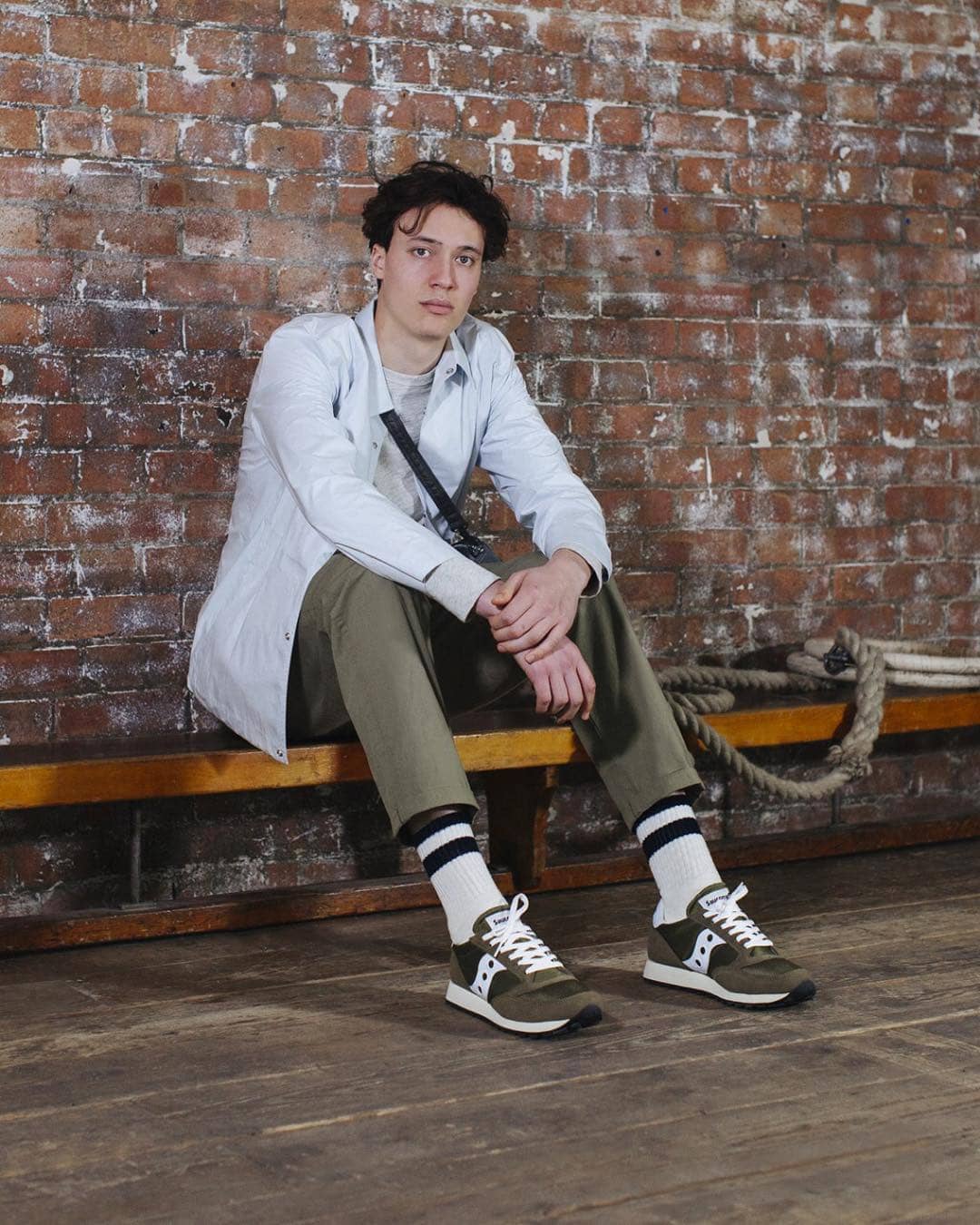 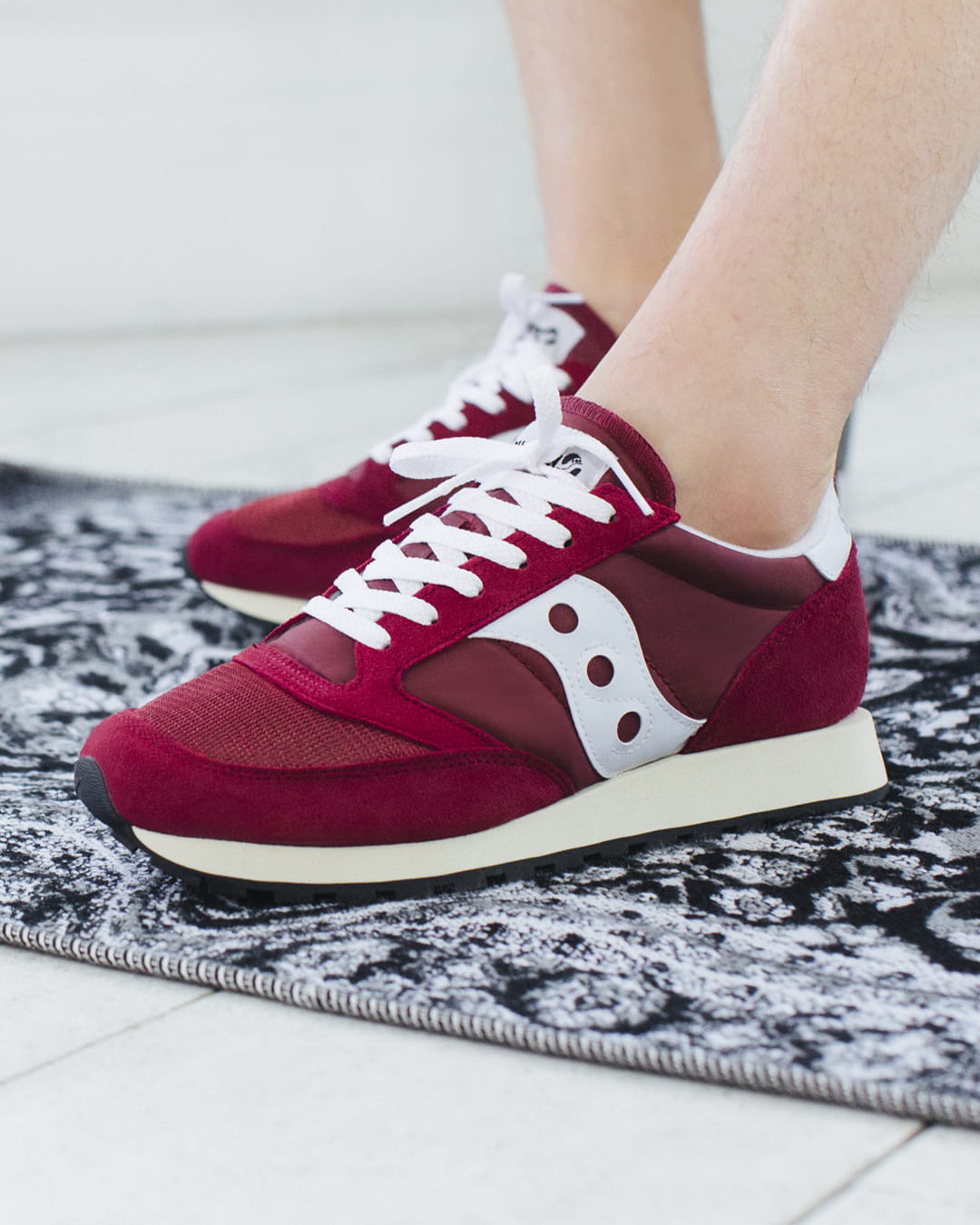 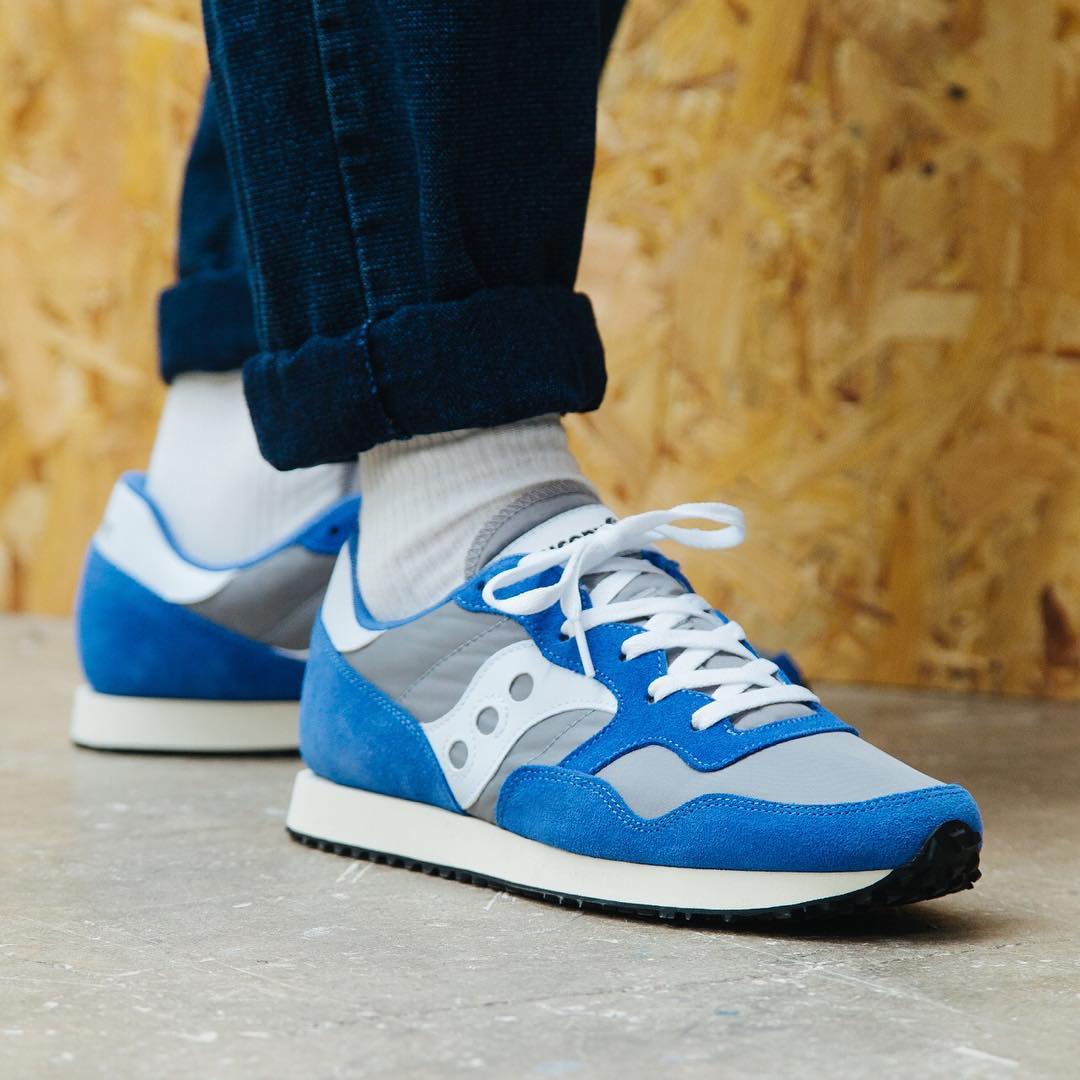 CONTINUE READING BELOW
Recommended Videos
Named after and designed with running legend Rod Dixon, the DXN Trainer (P4,495) represents the best of running and now, just lounging around. IMAGE: Saucony 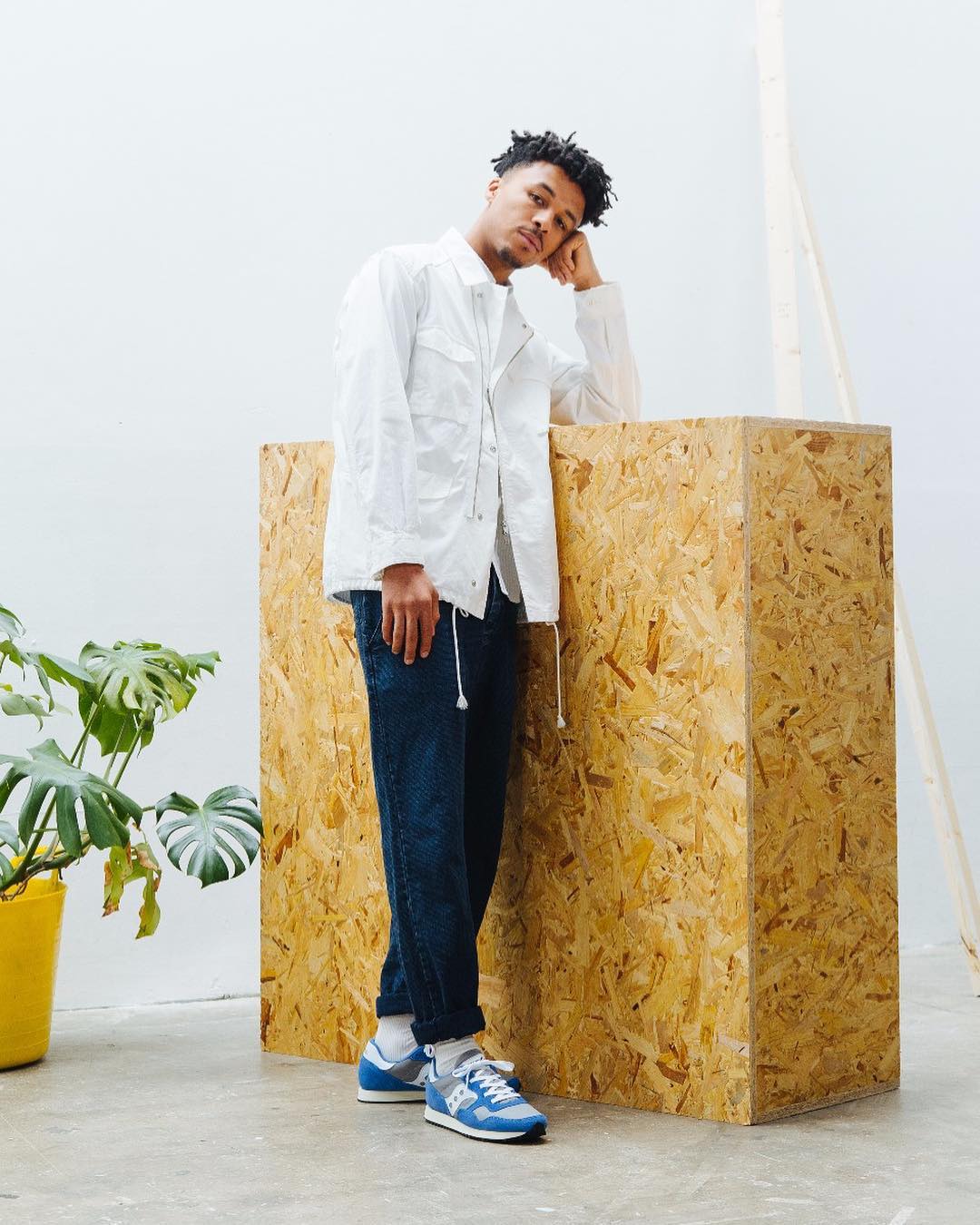 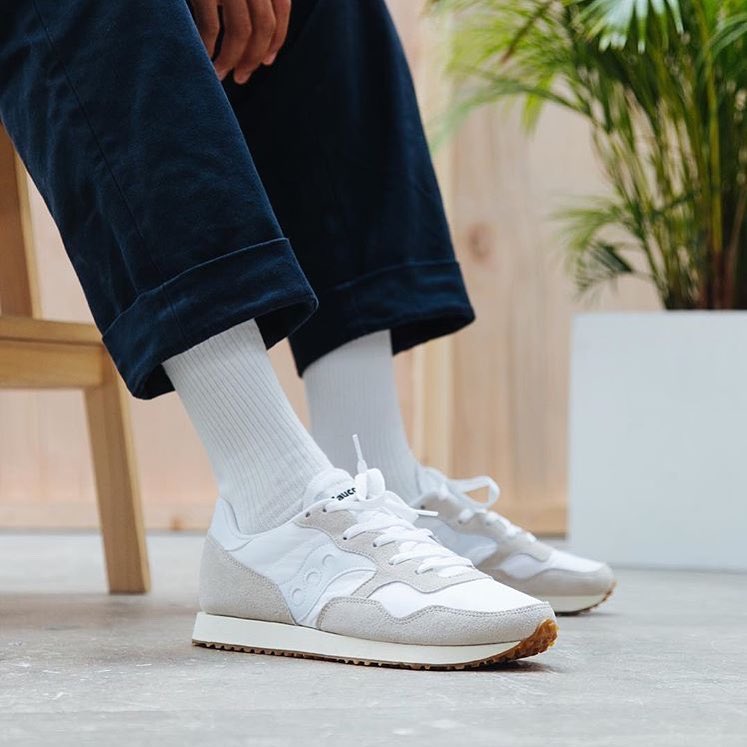 If you're in the market for shoes that lean cool, or fashion, or fashionably ironic, but don't have the cash to burn or the patience to run after leads, these are the ones. They're reasonably priced, run a gamut of sizes (from seven to 12), and, most important, available everywhere. 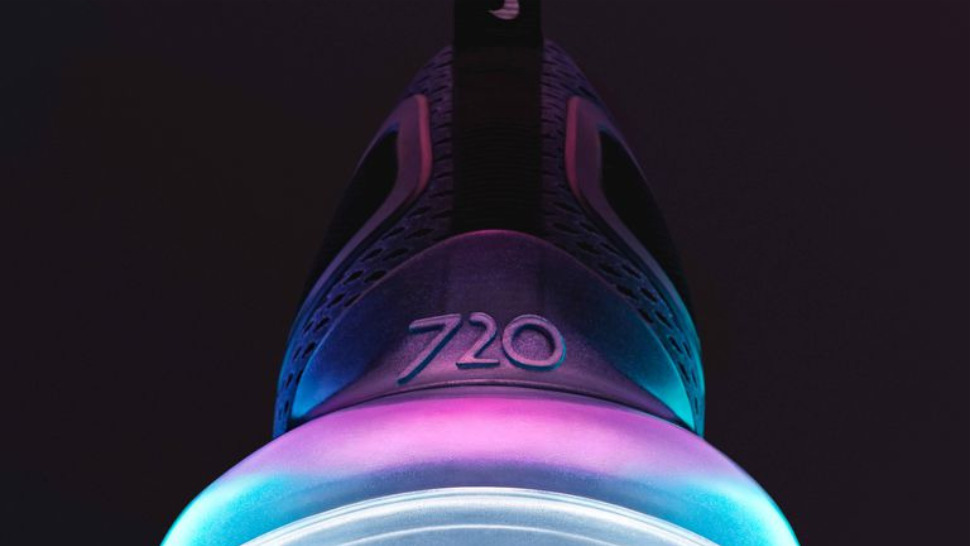 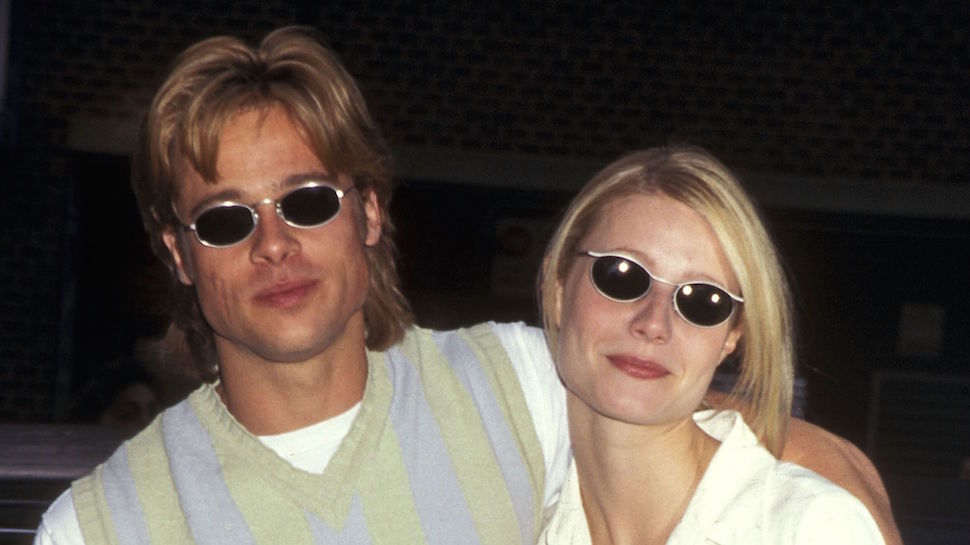 Turns Out Brad Pitt Copies All of His Girlfriends' Looks, And We Never Noticed
All Photos
Comments
View As List