TW Steel Marks 10 Years in the Philippines with Special Editions of its Big, Brawny Watches

The Dutch watchmaker unwraps an ultra-rare watch for the Philippines. 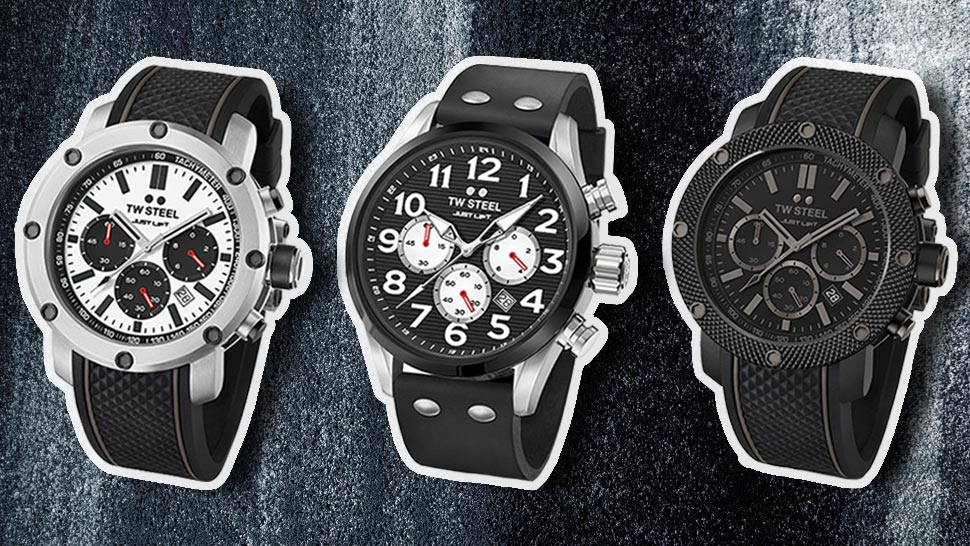 Ask Filipinos what their preferred watch brand is, and many will name the following: Rolex, whose tickers are probably the first choice of many men as their entry into the world of serious watch collecting; Seiko, which has been experiencing a resurgence in popularity of late; or Casio, which, though, not as shiny and expensive, has a cult following because of its perceived coolness and its very democratic price points.

TW Steel is Connected to the Philippines

Also in the mix is TW Steel, the Dutch watchmaker that is known for watches with robust proportions, oversize dials, hefty scale, considerable weight, or, in short, those big steel watches for men with big personalities. How the watchmaker made its way to Manila and subsequently conquered that sweet mid-tier market is interesting.

The abbreviated origin story, according to Alan Dacanay, COO of TW Steel Asia, goes something like this: His mother spotted the big watches in a small shop in Germany, and then convinced her husband to talk to the shop owner, which then led the brand to make the leap from Europe to Southeast Asia.

In 2009, TW Steel was launched in the Philippines by the esteemed watch distributor Lucerne (it later opened its first brick-and-mortar shop in the world here, too), which makes 2019 a banner year as the brand marks a decade in the country where it has found tremendous success.

To celebrate, the watch house unwraps two collections that speak to its identity. One is a limited-edition collaboration with fitness professional, entrepreneur, and influencer Simeon Panda. The other is a one-off, the TW Steel X, an even rarer model that has been created to mark its 10th year here.

Let's talk about the Panda watches first. Six out of seven models are in black and white, which (maybe not coincidentally) are also the colors of the panda (the animal), and all are chronographs with three mini-dials that resemble (again maybe not coincidentally) the face of the adorable Chinese bear. The last, a black-on-black edition, was a created upon the insistence of Panda (the person) and, of course, this style, which he describes as “tough and cool” is his favorite.

Brawn is the more obvious concept that ties TW Steel and Panda together. The watches, Panda says, are robust enough for training as they're made with high-grade steel, scratch-protective, sapphire-coated crystals, and sweat-proof silicone straps.

On the face of each model, beneath the two dots of TW Steel, are the words, “Just Lift,” which is Panda's tagline and also a reminder to get your ass off the couch, down a Monster energy drink, and head to the gym. (Though we're not sure if you should wear a P30K watch to lift weights.)

“It's important that when you see the watch, you see yourself. It should represent you,” says the fitness pro, who was in town to celebrate the occasion and also give watch enthusiasts a taste of his tough workouts at Kerry Sports Manila. He started working on the pieces two years ago and stresses how the collaboration was a true partnership, in that it was collectively designed with much input from himself.

Jordy Cobelens, founder and CEO of TW Steel, concurs, adding how Panda was very meticulous and extensively involved in the design process. In the Woke Age of 2019, this is important. People can spot a fraud from a mile away and will not hesitate to call it out in the volatile arena of social media. For a collaboration to be well-received, it shouldn't just involve slapping a shiny name on a new product.

The values of both partners are apparent in the watches. Apart from the tough design, the more abstract theme invested in the pieces is a mindset of dedication and persistence. No need to point out how this applies to fitness, where the goals of getting big or getting lean or releasing your abs from its cover of fat requires hard work.

Applied to other aspects of life, this is translated by the watchmaker as “crunch time,” which is that zen state where you just do what needs to be done right now. TW Steel describes this more colorfully as “crushing your goals on a second by second basis,” and preferably you'll do the crushing with a Panda beater strapped around your wrist.

Panda, himself, lives the crunch life, proclaiming in a video for the watches, how there are not enough days in a week or time in a day, and so he just puts his head down and gets to work on the many things he is involved with, including vlogging (his YouTube channel has over 975,000 subscribers), doing the rounds of fitness events, managing his two sportswear brands, and, of course, training.

Whenever you moan and groan about your long to-do list, think of Panda wearing this watch. He didn't get to where he is now just by sitting around, and that—and these watches—may inspire you to achieve your goals, as well.

Okay, now for that other watch. Only 320 pieces of the TW Steel X—the special model expressly made to mark the Dutch company's ties to the Philippines—are available.

On the watch, there appears to be no special details that call back to the occasion, but when you turn it over an embossed seal on the caseback presents a stylized “X” with the words “Ten Year Anniversary Philippines” and the years “2009-2019.” Also found here is a number, from one to 320, of the individual edition, underlining just how rare the timepiece is.

That the special flourishes are hidden is all for the better. With a design that emphasizes the hallmarks that made TW Steel popular, the X looks like a classic and is therefore highly wearable. Note how the 44m case is large but not overwhelming (or laughably big) on the wrist; how the brushed steel gives the watch a more muted and thus elegant appearance; and how the silicon rubber strap in black is necessary for contrast.

The watch is also dual time, so whenever you're on a work trip in, say, London, you can always check home time (is the wife asleep?) at a glance. And if you find yourself swimming in the ocean on a much-deserved vacation, this is also waterproof up to a depth of 10 ATM. Other things that make the X interesting are the pronounced bezel with eight screws and the rose gold details of the hands and markers.

But what does a big watch really feel like? On the wrist, the X asserts its presence. Unlike other robust watches made of titanium (they are so light you think they are toys), this one has a satisfying feel. Its cold hard steel conveys a weight that says something important is on your wrist and that you are also someone important. 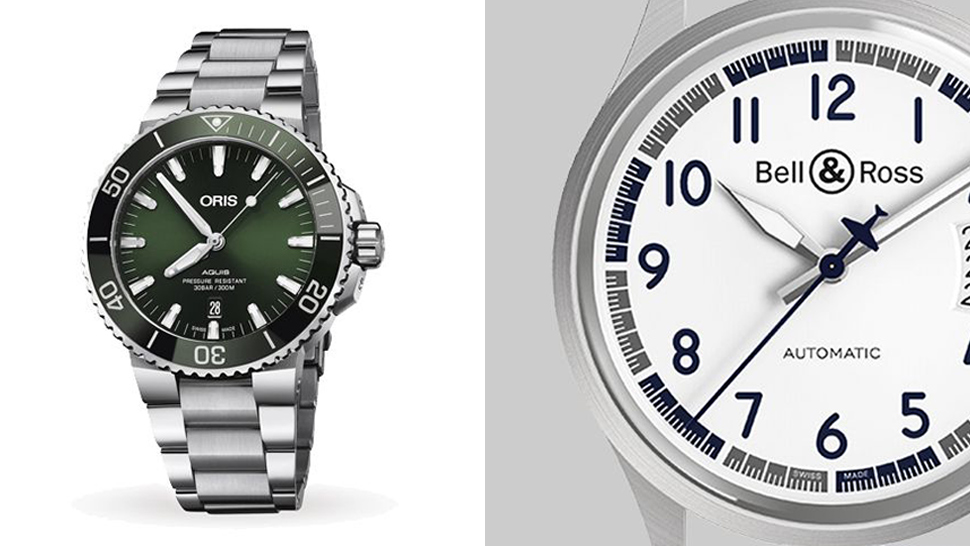 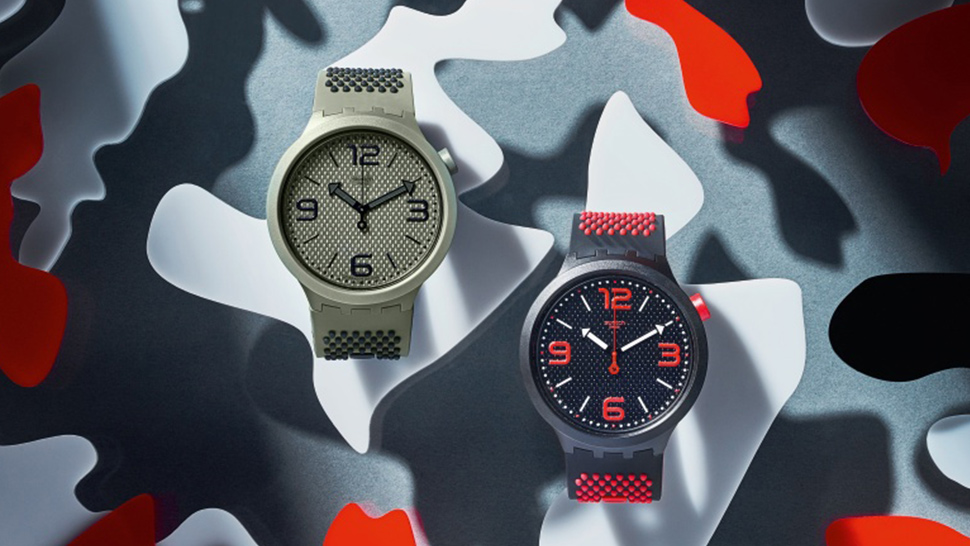