Christmas has always been a time of giving. Whether it be a present large or small, the spirit of kindness has the ability to make a difference.

Such was the thought of Rustan’s co-founder Bienvenido Tantoco, Sr.—or Lolo Benny, as he is fondly called—when he decided to share Christmas cheer with his favorite security guards and janitors.

His grandson, Rustan Commercial Corporation President Donnie Tantoco, who was there to witness the thoughtful gesture says, “Apparently, he’s been doing this for three years. The first time I witnessed it was that day.”

Tantoco shared kind words for his 96-year-old grandfather on Facebook, “My Lolo is a living saint … he went around High Street BGC this morning to personally greet and thank by their first name the many guards and janitors that have cared for him and brought him even an ounce of joy almost every day in 2017. He gave them something they did not expect a Rustan GC. He is too amazing to be real. Am so lucky to have a front seat to all of this.” 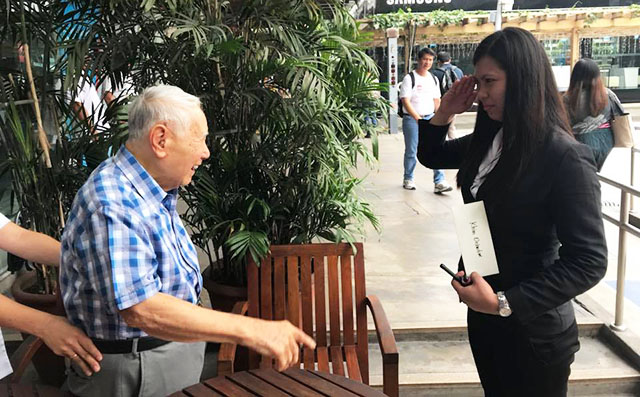 Lolo Benny, a creature of routine, cherishes his visits to Starbucks. “[He loves] to have a nice cup of coffee, to be outdoors, bond and make , have good conversation, which is very rare now, with friends and family that he’s with," says Donnie. "He also really loves looking at people. He’s a retailer. He’s getting a feel what people are doing, what people are wearing. He just connects the dots and gets insights from that. He’s just so used to trying to understand people. In a way, he’s people watching but he just likes to be part. He doesn’t like to be in a cocoon. He’s the opposite of a hermit.”

Donnie continues, “He likes to be part of the community. There’s a bunch of colonels who bike together, and they’re there on a specific day. So this Christmas they gave my Lolo a shirt, and they made him an honorary member of their biking military club.”

“The people there, they love him—the guy who guards the parking lot, the janitor who cleans it, the janitor he passes on his way to Starbucks—they see him every day and they always make it a point to say hello as he’s sipping his coffee. They greet him; he’s like a father figure to them. My grandfather appreciates them. He appreciates that they’re kind to him and that they keep the place clean. He also knows he’s very lucky and he wants to share, especially with the guards and janitors. He has attachments, special connections, and special compassions,” Donnie says.

When Lolo Benny went to Starbucks last week, he decided to give out Rustan’s gift cards to his favorite group of people. “For him, it’s seeing the people face to face, looking the other person in the eye, holding their hand, and by holding their hand and looking at them transferring the feeling of gratitude. He feels, ‘You are significant and I care about you,’” Donnie says.

“When the girl saluted, she was kind of teary-eyed. The gift card was not the main reason they feel so good," says Donnie. “It was just that my Lolo is unbelievably kind all throughout the year. And he just wanted to say, ‘I’m so grateful to you, I value the work you do, and I want to do my little thing to thank you and show you that what you’re doing is significant, and I’m one of the beneficiaries of what you’re doing.” 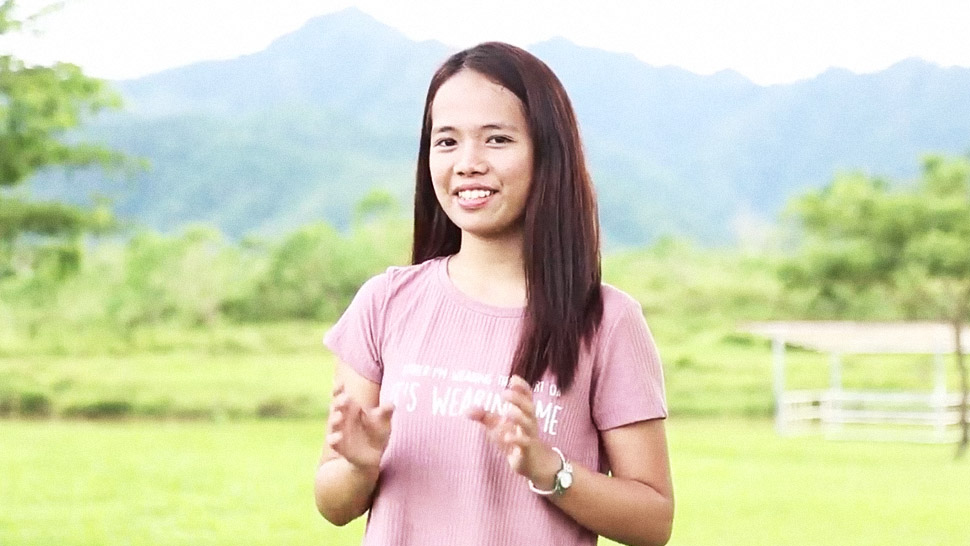