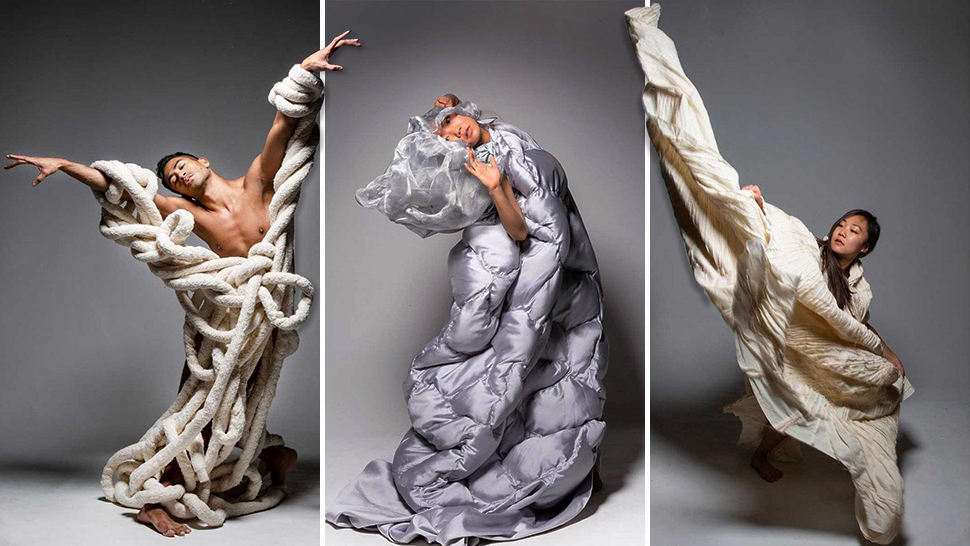 Two young girls balance themselves on elevated beams, while a third swirls around them as romantic Spanish music swells in the background. All three dancers are engulfed in a white, floor-length fabric, muslin we later learn, and through their movements, the costumes morph into endless figures. The girls were dressed in costumes designed by artist and dancer Elena Comendador, who has partnered with choreographer and fellow dancer Elizabeth Roxas Dobrish for what they call “living installations.” The performance, ReConfigurations/ConFormities/Disfigurations, was the outcome of a grant from the Asian Cultural Council. It was held at the Steps Dance Studio in Makati on March 20. 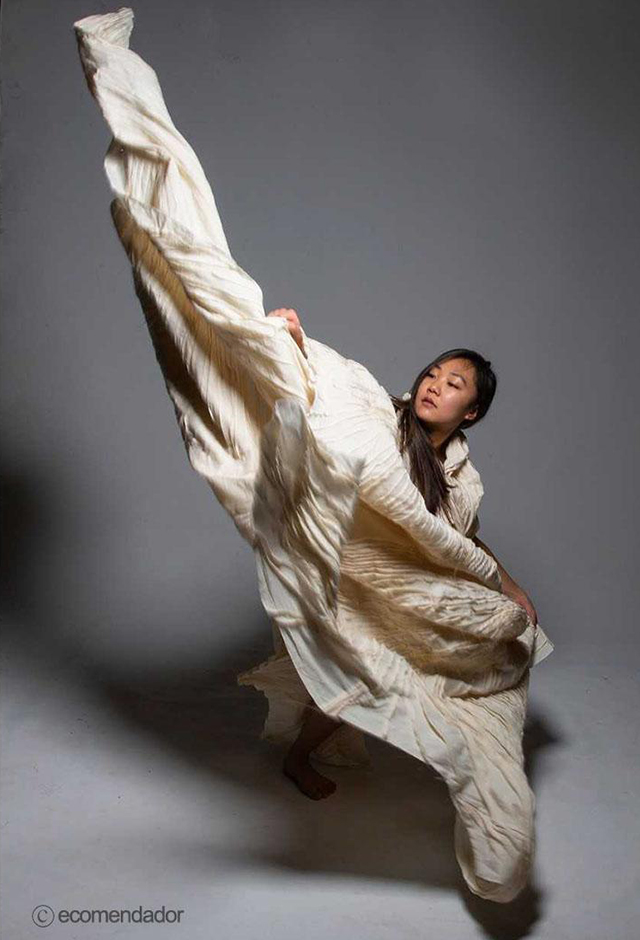 Comendador created what are known as “soft sculptures” for the showcase. “These are fabric as opposed to marble or metal, and they can stand on their own, they can be hung on their own, and they can also be worn,” she tells Town&Country in an exclusive interview. She likes to refer to them as living installations because of their constant movement. “It’s about challenging what’s normal, what’s magical, or what’s predictable—those are the shapes I’ve been coming up with. Joined together with dance, it keeps changing. Sometimes we think it’s beautiful and then it looks grotesque, and then it comes out pleasing to the eye again.”

Her good friend Dobrish breathed life into these sculptures through her choreography. “When you see [a] dance, you see movement and the costume is an after-effect,” she says, “as opposed to what I’m trying to do where the costume blends with the piece.” Ultimately, her goal was to let the audience feel anything—be it joy, anger, confusion, or surprise. 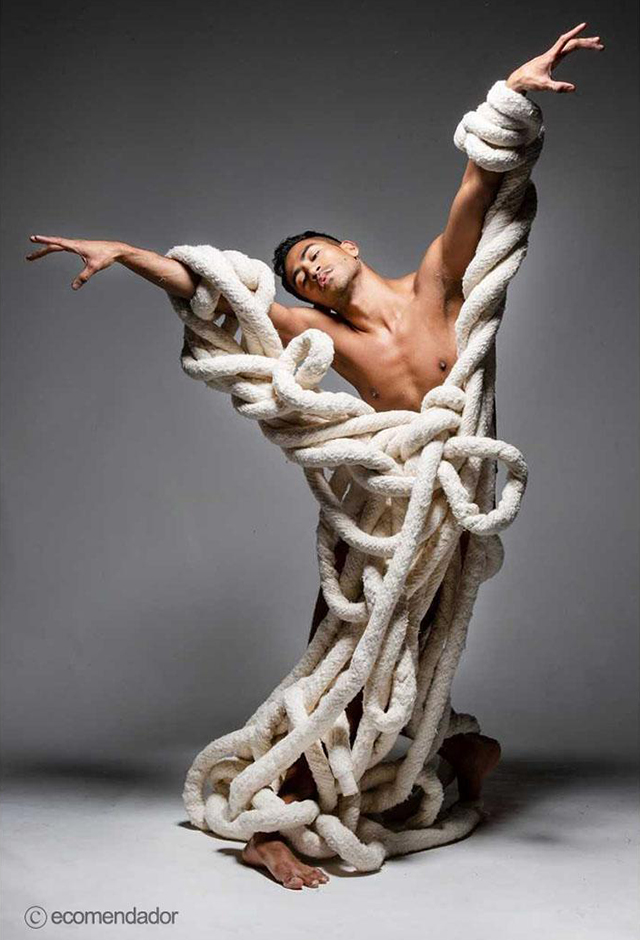 The two met in the ‘80s and recently reconnected after Dobrish began choreographing dances at the school Comendador taught at. The chance to come to the Philippines presented itself to Comendador, who hadn’t been in her native country since she left in 1970 at the age of 11. The ACC grant allowed Filipino-Americans to return to their homeland to perform an exchange and conduct .

The performance piece took up 45 minutes, with four sections using different costumes—the aforementioned muslin and silver masks made from window screens that enveloped the head were two of them. Comendador got her inspiration when she was studying the human body. “I was curious to see how a body in an abstracted way can affect all kinds of things around it,” she said. She draws inspiration from beauty but doesn’t let that beauty define her work. “If I see something beautiful, I think, how can I problematize that beauty and re-beautify it.” 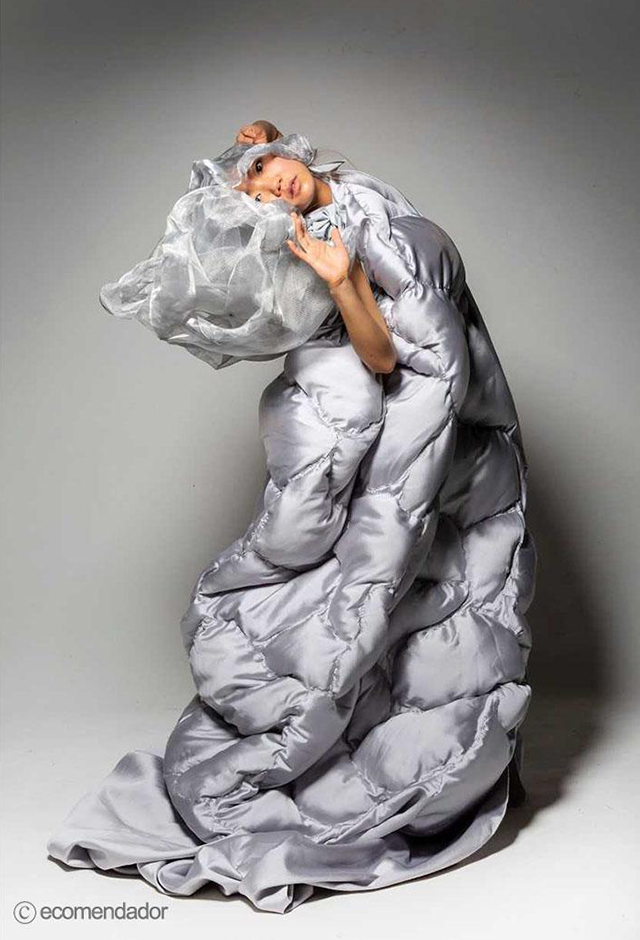 To work with these abstract forms, Dobrish had to give the dancers her direction in a short period of time. When asked whether her collaborator handed over control for the dance, she answered yes. “As a choreographer, I know what she was trying to aim [for],” she explains. “Like for those three women, even though I was giving them some movement, the movement was really coming from the material. I gave them the narratives and kept telling them the material is part of their skin.”

For this collaboration, Dobrish wished to juxtapose the idea of abstract and the beautiful emotion that one felt when they heard the music. For the choreographer, music is her fire-starter.

So many beautiful moments. Thank you STEPS for believing in the project. Sofia for giving us the platform to do what we do and Elena for giving the inspiration to create????????????

Comendador admits she was overwhelmed by being surrounded with so many Filipino students. “I just realized when I look around the room, they were all faces that looked like me,” she says. She expressed how she loved watching how Filipino dancers moved, arguing that it was completely different from how they did it in the west. “I’ve always known that Filipinos are very musical, very lyrical, we’re in an island country so whenever you’re surrounded by water, you’re a little softer.”

Dobrish, on the other hand, is no stranger to working with the Steps Dance Studio family. She’s on her third consecutive year back in the country thanks to the support lent to her by Steps founder Sofia Zobel Elizalde. This showcase came just months before the studio’s 25th anniversary in May. “It was kismet,” Dobrish exclaims. 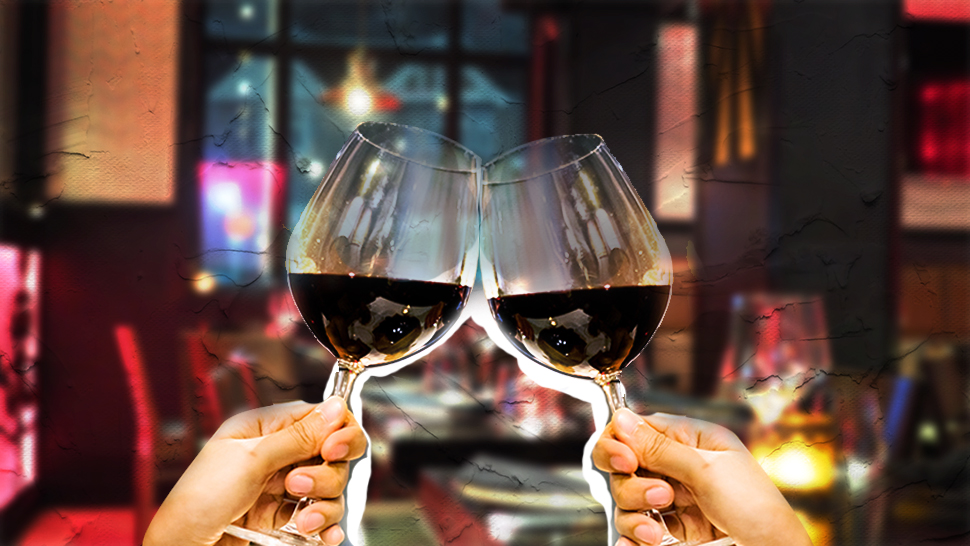 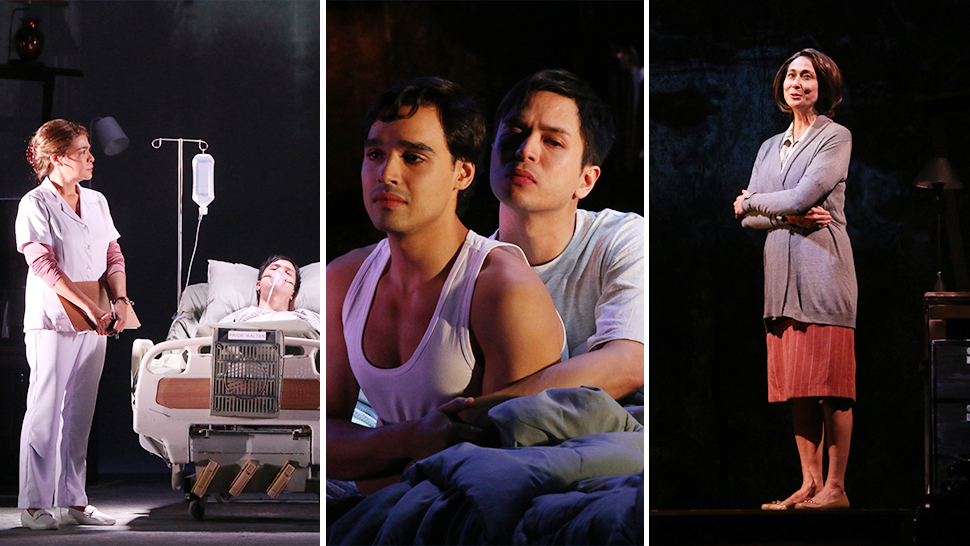