A lighter and nimbler version of the Aston Martin DB11 hits the road. 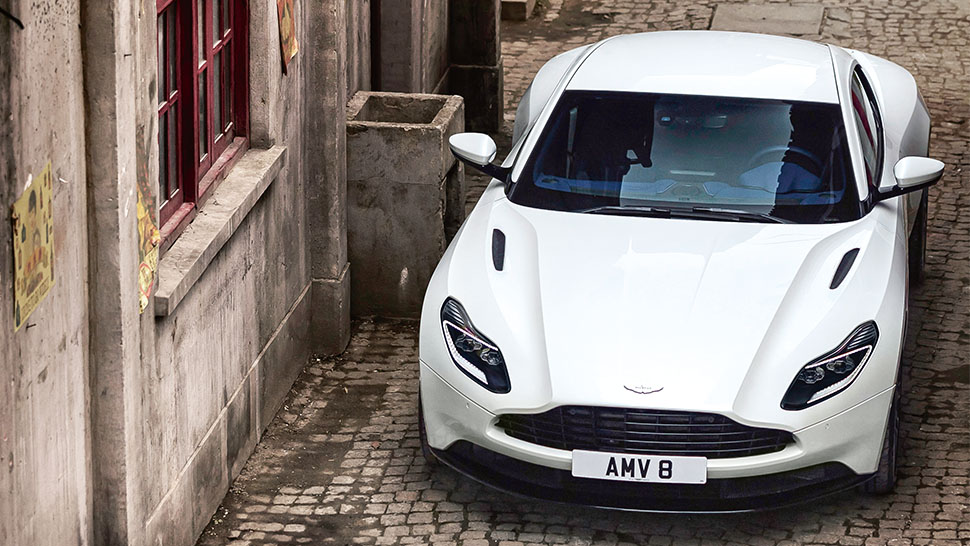 It has been a remarkable year for Aston Martin. For the first time in a decade, the British carmaker posted four quarters of successive profit in 2017, driven, largely, by demand for the exquisite DB11. With the launch of its latest version, let the good times roll. 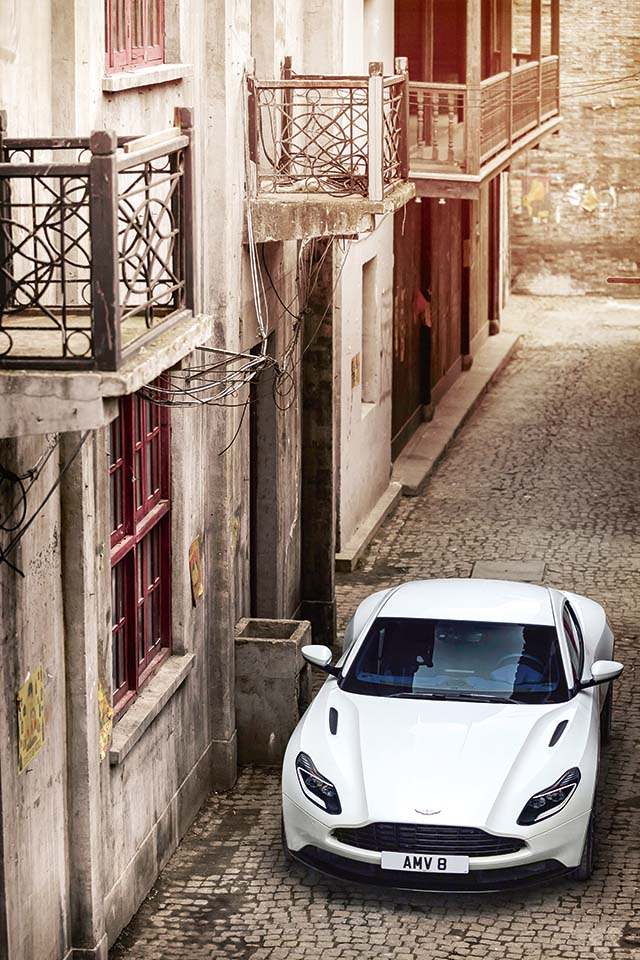 Debuting early in 2018, the new V8-powered DB11 is lighter and nimbler than the V12-equipped model that launched only last year. Despite having four fewer cylinders, not to mention the difference in engine displacement (five liters versus four), there’s hardly a dent felt in the V8’s performance. Let’s compare: the V12 DB11 boasts 600Bhp and 700Nm of torque, rightfully staking its claim as the most powerful production DB model ever. With that much power under its beautifully proportioned bonnet, it goes from 0 to 100 kph in just 3.9 seconds, with a top speed of 322 kph. The V8, meanwhile, cranks out 503Bhp and 675Nm of torque, hits 100kph in 4.0 seconds, and tops out at 301 kph. Remarkable figures, any way you look.

Now while the straight-line performance of the V8 and V12 cars are practically the same—let’s not split hairs over 0.1 of a second—you might feel the difference in the way they handle twists and turns on the road. The V8 is considerably lighter, weighing 115 kilograms less; its smaller size also allowed Aston Martin’s engineers to optimize the car’s center of gravity. This, combined with subtle refinements in the V8’s suspension system, results in better agility and handling. Paired with a smooth-shifting eight-speed automatic transmission, the DB11 is a joy to drive. 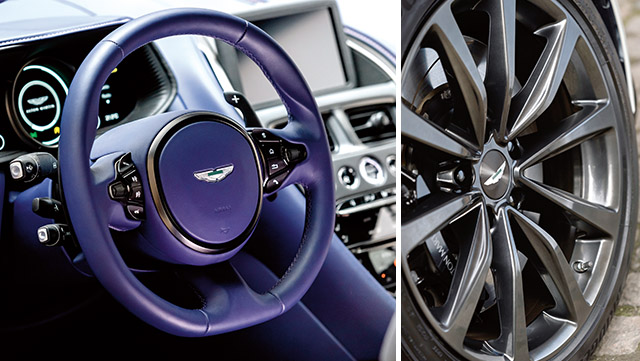 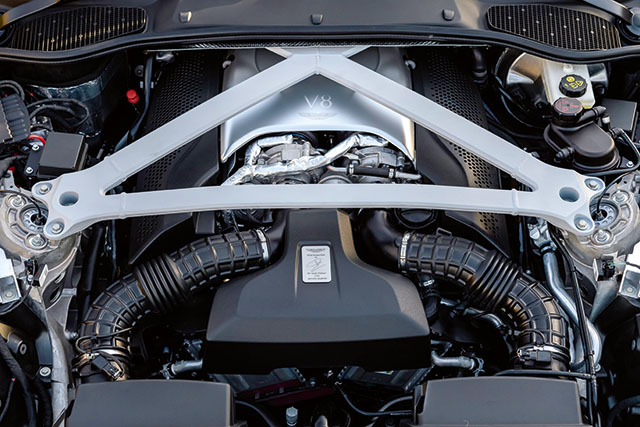 The powerful yet compact V8.

The V8 DB11 will be available in the same number of color and trim options as the V12, but more importantly, will be packed with the same -the-art driving technology and entertainment options. Like with most identical twins, there are a few ways to tell them apart: the V8 has a different front air intake (two vents instead of four), has darker headlamp bezels, and sports a unique alloy wheel finish, to name a few. Both versions, however, are sculpted with the same classic Aston Martin proportions (based on the centuries-old mathematical “Golden Ratio”), which certainly helped the DB11 in being named the “Most Beautiful Car 2017” at the Golden Steering Wheel Awards hosted by European publishing firm Axel Springer.

Credit should also be given to Marek Reichman, Aston's chief creative officer and head of design. The 52-year-old British designer is also the man behind a few other classics: in the Aston Martin stable, he’s responsible for the highly prized (and praised) One-77 concept, the DB9, and the 2012 Vanquish; for Rolls Royce, he created its flagship, the Phantom. James Bond fans will also give him props for the DB10—the bespoke vehicle created for the 007 film Spectre. Only 10 DB10s were ever made—if you want one, be prepared to shell out a few million dollars—in 2016, one fetched $3.5million at auction. 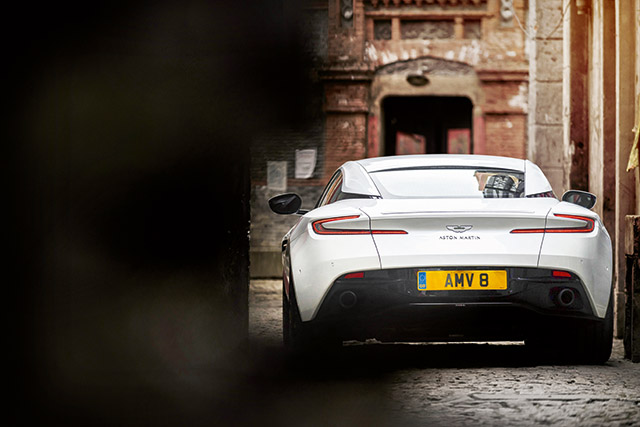 Now if engine specs were all we had to go on, the V12 model would come out on top; but with everything else considered, it’s awfully close—and we’re not even talking about the price. Aston Martin’s chief technical officer, Max Szwaj, offers the following view: “As an engineer, I find the DB11 a fascinating car. One with great depth of character and ability. Of course, the V12-engined variant is an icon—an ultimate, if you like, but the V8 is very much its own car. One with a distinct and carefully crafted character that’s truly seductive. It has been hugely rewarding to put our stamp on this new engine— both in the way it sounds and performs—and to use its impressive attributes as the impetus to reveal a little more of the DB11’s sporting character.” Sounds like he’s made his choice.

This story was originally published in the May 2018 issue of Town&Country. 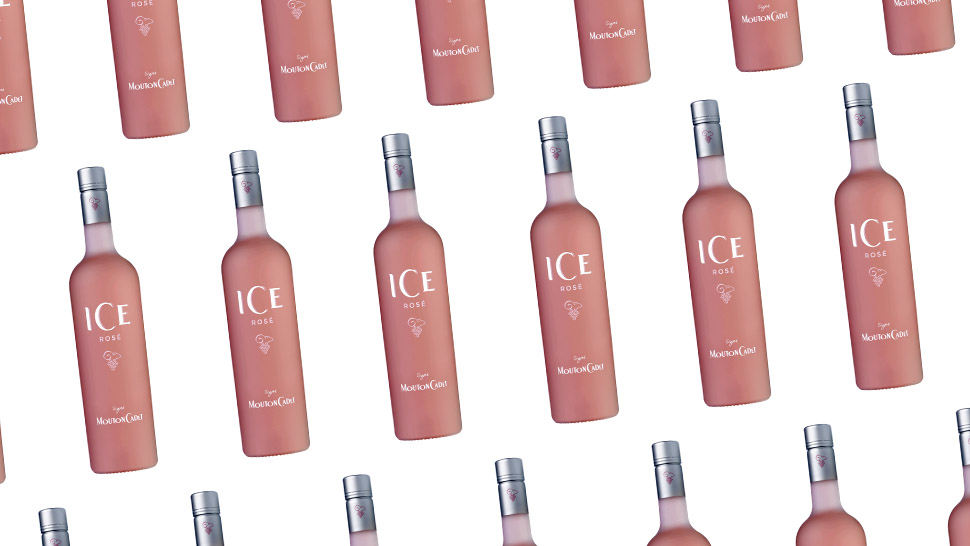 Rosé On Ice? Why Not, According to These French Winemakers 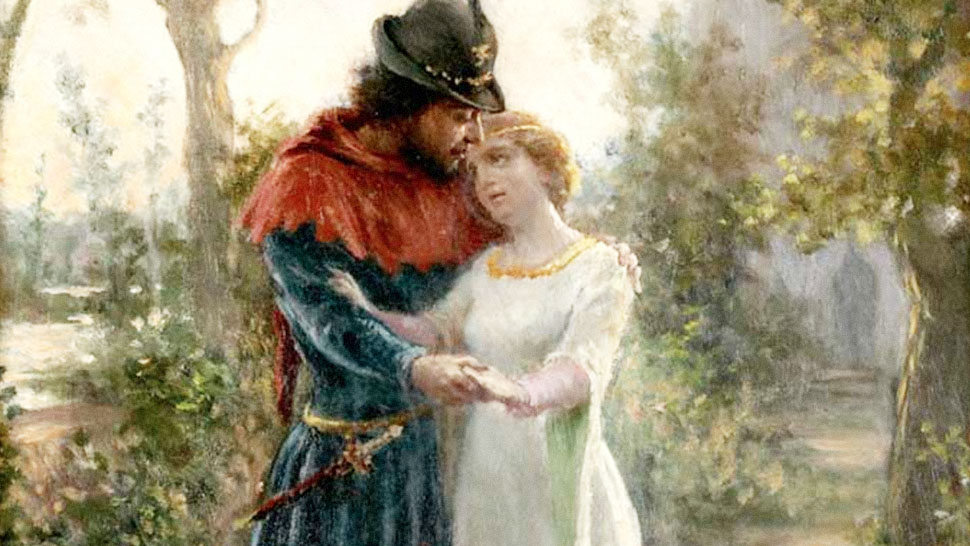