Mario Maurer, Ambassador for the Tourism Authority of Thailand, reveals which holiday we should fly in for. 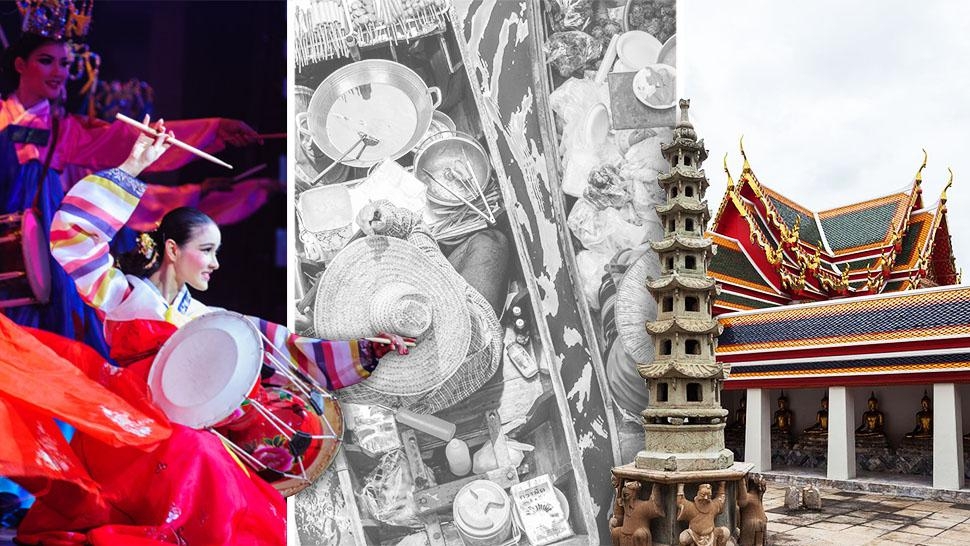 So much has changed within the vibrant country of Thailand over the past decade, yet its identity as a cultural mecca remains. For all its modern advances, Thailand is best experienced with an itinerary focused on heritage and traditions. Here is a quick guide to the cultural tour offerings of Thailand for 2017.

A scene from the first act of Siam Niramit 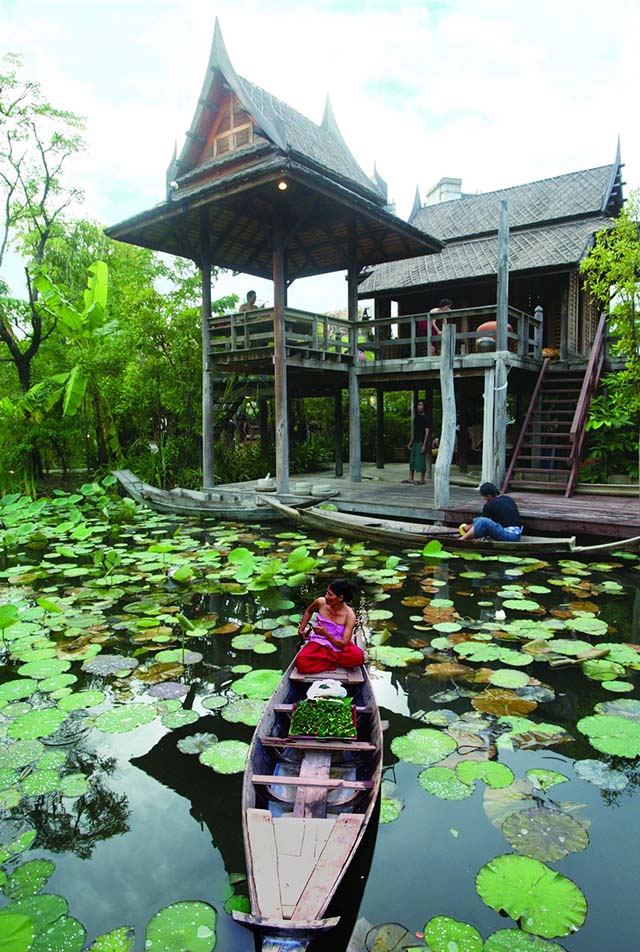 While waiting for Siam Niramit to being, visit the Thai traditional village just outside the theater.

Siam Niramit, Thailand’s so-called “must-see show”  that it claims is set on the world’s highest stage, integrates amazing special effects, over 100 performers, 500 costumes, and a menagerie of tamed animals to depict the enchanted kingdom of Siam, its history, and its spiritual heritage. One minute, there’s a sudden downpour of rain on stage, and the next, our hero jumps into a deep river that magically appears after a few blinks.

You could tell an authentic floating market from the tourist destinations by what the vendors offer. Older markets such as the ones in Amphawa and Wat Sai offer fresh local produce, flavors that stand out, and a closer inspection of the Thai way of life, while newer ones showcase stall after stall of tourist souvenirs.

The production, divided into three acts, creates a spectacular introduction to the ancient kingdom, giving a crash course on its people's religious beliefs by guiding the audience through surreal representations of their deity-filled heaven, a hell of punishment, and an enchanted forest. The final act is the Journey Through Joyous Festivals, where reenactments of parades march through the aisles of the 2,000-seat theater, which culminates with the mass release of krathong, or banana leaf vessels shaped like lotuses, by the stage river. 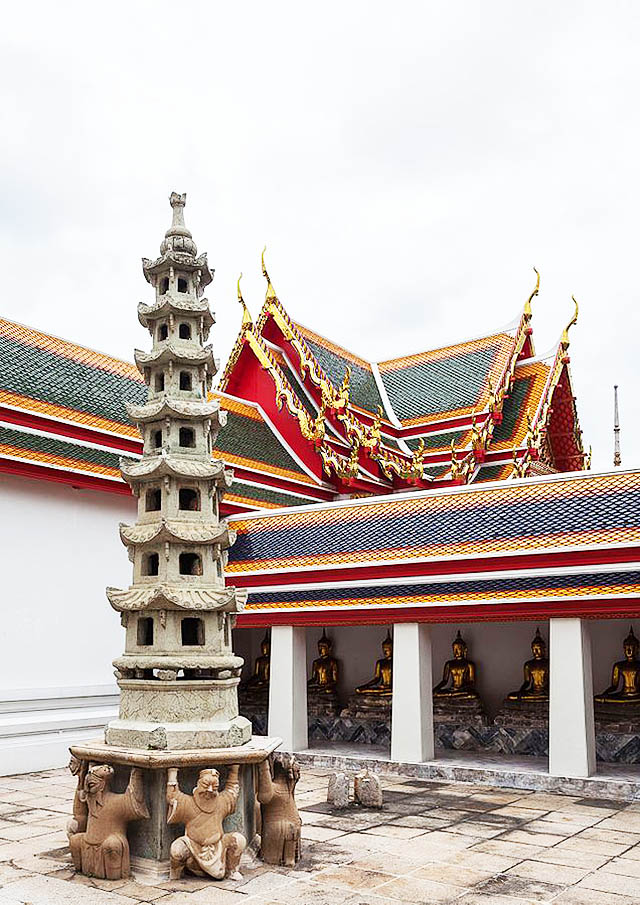 A stone pagoda adjacent to The Colonnades, a gallery of Buddha images

For a brief primer on Buddhist practices, a morning spent at the Wat Pho allows you a quick run through of the religion if you are pressed for time. Originally established as a monastery during the reign of the royal house Chakri, the Southern and Western temple areas were extended and later integrated into the Temple of the Reclining Buddha. Without a doubt, the land is speckled with idols honoring the religious leader, but the Wat Pho houses many Buddha variants, each with its own history.The gem of the Wat Pho is the lacquered and gilded Reclining Buddha, 46 meters in length and made from brick and stucco. Another area of interest is the Khao Mor rock garden and the collection of Contouring Hermits that depict Indian yoga postures. These poses promote good health and were done to cure minor illnesses, especially when combined with herbal intake. 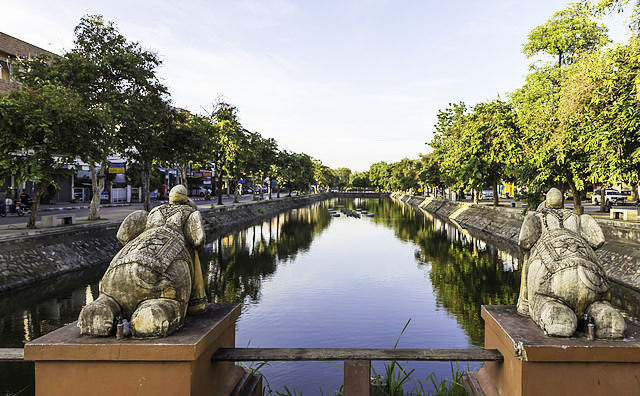 The moat in Chiang Mai

Chiang Mai balances the need for both town and country.

A plane ride up north of Thailand takes you to Chiang Mai, which frees you from the congestion of traffic and scorching climate famous to Bangkok. The ancient capital city features a small town that’s easily navigated on foot. The city bustles with a growing restaurant scene, while it thrives on outdoor markets and local vendors selling their wares. Sprawling with Buddhist temples and markets, Chaing Mai also co-exists with a serene countryside a mere scooter ride away. 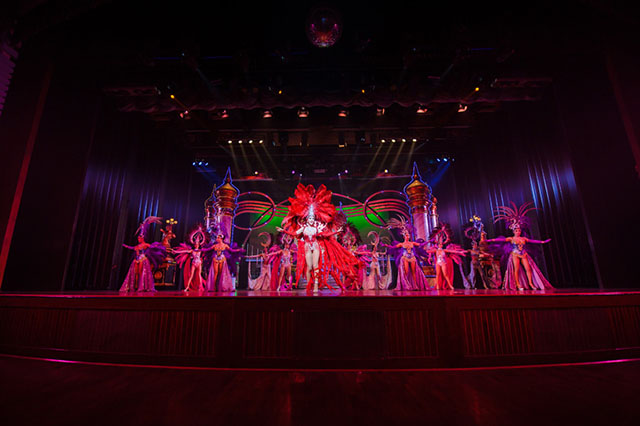 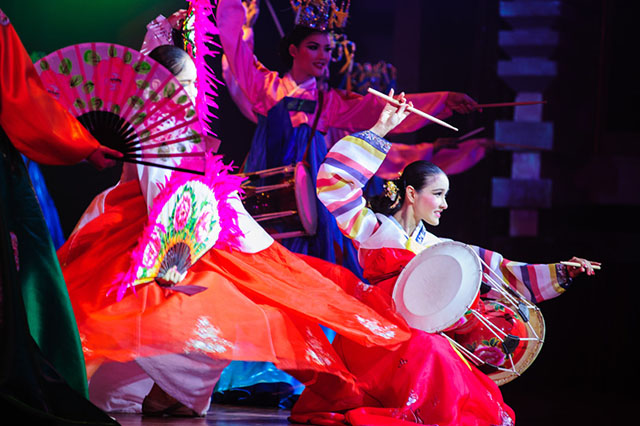 Experience a cabaret that rivals the Moulin Rouge.

Alcazar is best known as Pattaya’s cabaret show featuring transvestite performers and rivals the performances in Moulin Rouge and Lido. The women are majestically clad in showgirl attire, adorned with glitz and feathered headdresses that reach the ceiling, and dance vigorously on stage to Thai tunes and lip-synched to pop hits. It’s something commonly seen on talent shows and on television, but it's even more beguiling to see in the flesh. 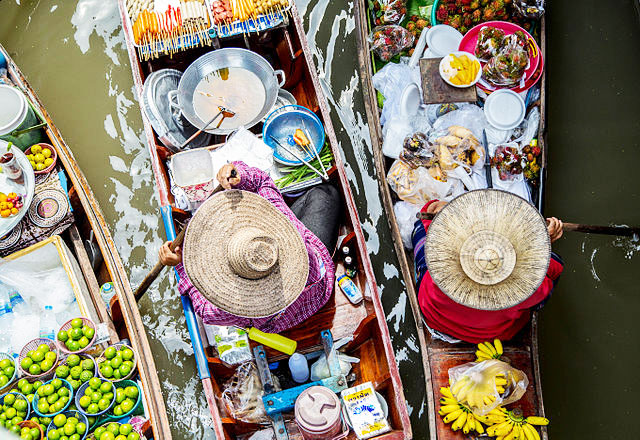 The vibrant scenes in a floating market

A floating market in Thailand may refer to several different places. Smack in the middle of the city is Pattaya’s version of the tourist attraction built on a manmade river. You can tell an authentic floating market from the tourist destinations by what the vendors offer. Older markets such as the ones in Amphawa and Wat Sai offer fresh local produce, flavors that stand out, and a closer inspection of the Thai way of life, while newer ones showcase stall after stall of tourist souvenirs. 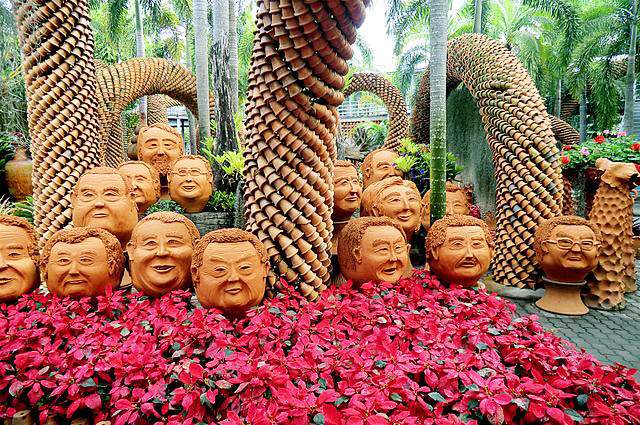 The Pottery Garden at Nongnooch Pattaya

How To Get There
To reach Bangkok, fly in through the Suvarnabhumi Airport or Don Mueang Airport. Prior to the trip, book a van to take you to the city. Phuket and Chiang Mai have their respective airports, but you might have to book separate flights to get there.

What To Wear
Pack casual, loose outfits to accommodate the tropical weather but if you plan on visiting temples or places of worship, dress appropriately and avoid wearing sleeveless shirts or shorts.

Best Time To Go
Two seasons determine Thailand’s climate: wet and dry. The dry season is from November to May, while the best time to go is when the temperature is cooler during the latter part of the year through January.

Mario Maurer, Ambassador for the Tourism Authority of Thailand, shares that his favorite holiday is the Thai New Year, celebrated from April 13 to 15. During that time, Thais celebrate Songkran, a water festival and the country’s longest holiday. For three days, they squirt water at each other to beat that scorching Thailand sun.

Don’t Leave Without Trying
Pad Thai, according to Mario. 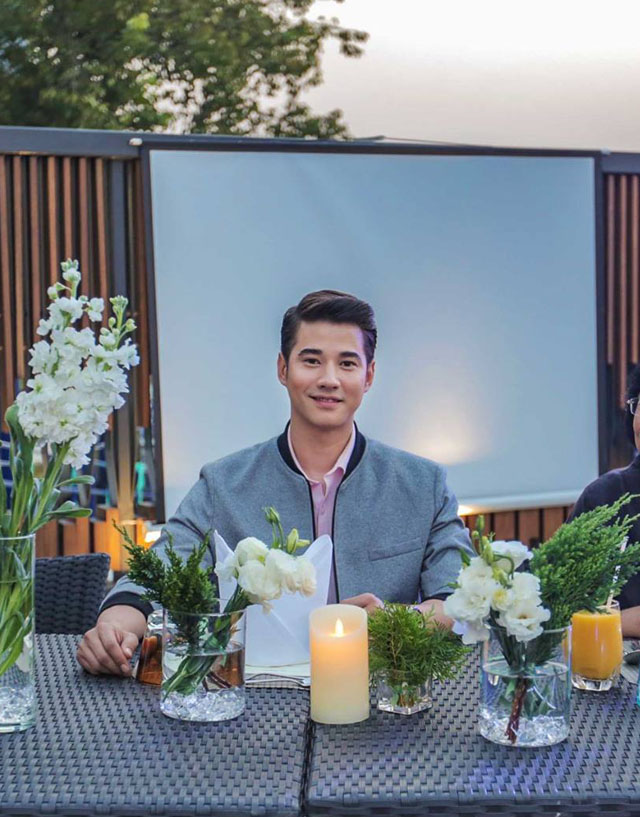 Actor, model, and ambassador for Thailand tourism Mario Maurer during a dinner organized by the Tourism Authority of Thailand 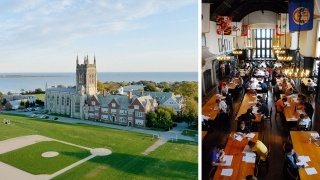 Here's What It's Like to Study at Some of the Best Boarding Schools in the U.S. 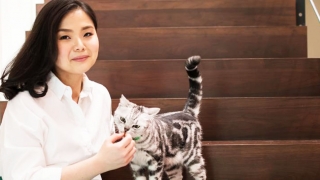