Here's Where You Can Drink in Davao Till Late

Welcome to Davao City’s Huckleberry Southern Kitchen and Bar, where cocktail culture is abound and flourishing. 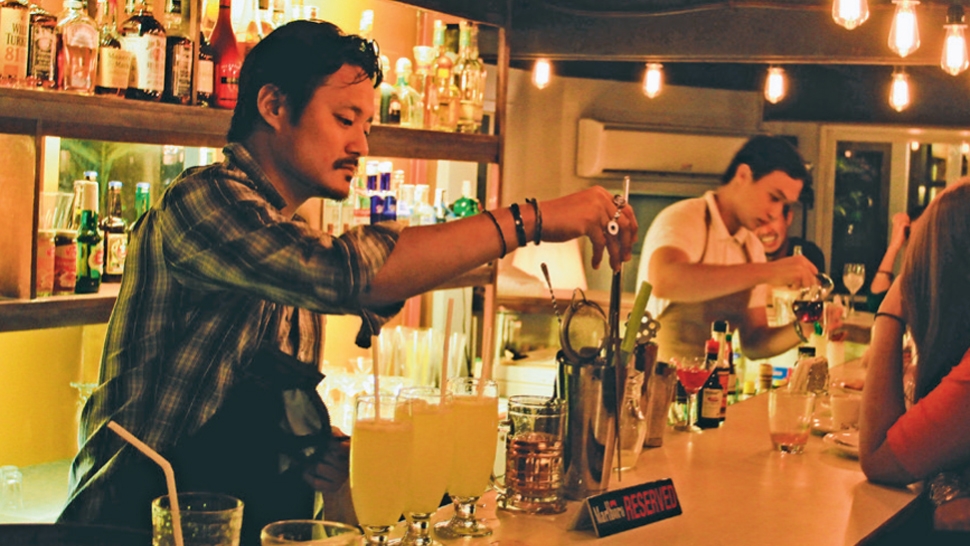 Down in Davao, a city is best known for its funky-smelling durian fruit and as the hometown of popular no-nonsense President Rodrigo Duterte, an appreciation for good food and drink has taken root. A quick pop into Huckleberry Southern Kitchen and Bar is all you need for proof. 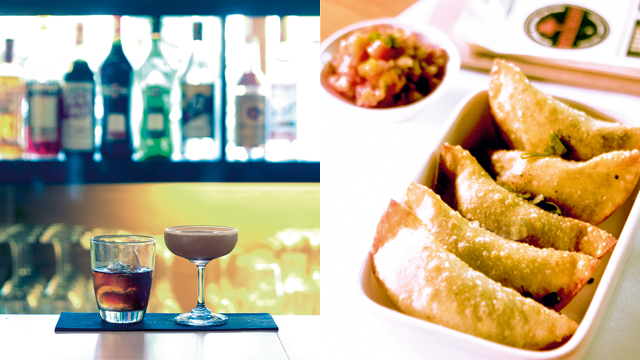 Found on the ground floor of a beautiful two-story heritage house, Huckleberry specializes in the cuisine of the American South, with a bit of Mexican and Creole soul food thrown in for good measure. But as co-owner Chris Pamintuan tells it, perhaps the food isn’t the primary reason for the restaurant’s establishment. “I thought that the food of the Deep South would go well with a whiskey bar,” he confesses with a grin.

After spending more than a decade in San Francisco, Chris came home in 2011 to take the reins of the family business, the long-standing Apo View Hotel. Because of Chris’ experience in the hospitality industry (he is also an investor in Hog & Rocks, the first ham and oyster bar in San Francisco), his cousin Kim Pamintuan approached him with the idea of putting up a restaurant in Davao. Is the rest history? Not quite. They still needed a space. And this is where restaurateurs Vince and Tricie Arcenas came in. Just as the lease on one of their restaurants was ending, they offered the Pamintuan cousins the location. Everything else quickly fell into place. Kim, the CFO of Ann Pamintuan Design and Furniture, did much of the design work, infusing a warm, cozy vibe with the place’s brick walls, hipster-approved Edison filament bulbs, and cool artwork. In the private dining room, Chris’ brother Macky, a noted children’s book illustrator, created the quirky mural art. 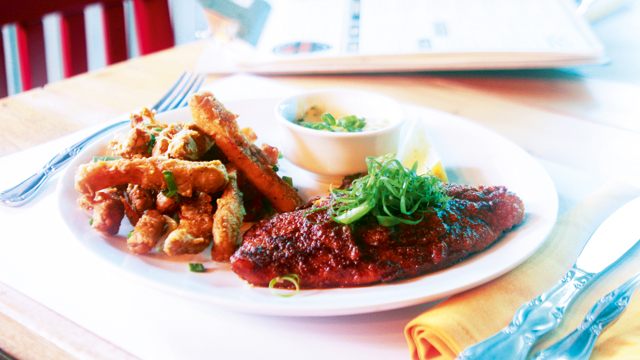 To whet the appetite, starters like popcorn shrimp, cream cheese wonton crisps, and pimiento dip with flour tortillas are offered with a dizzying range of cocktails custom-crafted by the acclaimed mixologist and restaurateur Enzo Lim of Maharlika and Jeepney fame.

With traditional American and Caribbean spirits as his starting point, Enzo put a twist on some bar classics to concoct a few of Huckleberry’s intoxicating specials: the Manhattan, made with Jack Daniel’s Kentucky whiskey, sweet vermouth, and and orange bitters; old-fashioned, made with Wild Turkey bourbon, club soda, and bitters; and the Huckleberry Hound, made with chili-infused rum, housemade cinnamon syrup, orange bitters, lemon juice, and grapefruit juice. “I first met Enzo when I was living in the States,” says Chris. “When I invited him to create our cocktails, he was really happy to come down.”