Ahead of Sotheby’s contemporary art auctions in Hong Kong, Boris Cornelissen and Shea Lam talk to T&C about what makes this dynamic market so appealing. 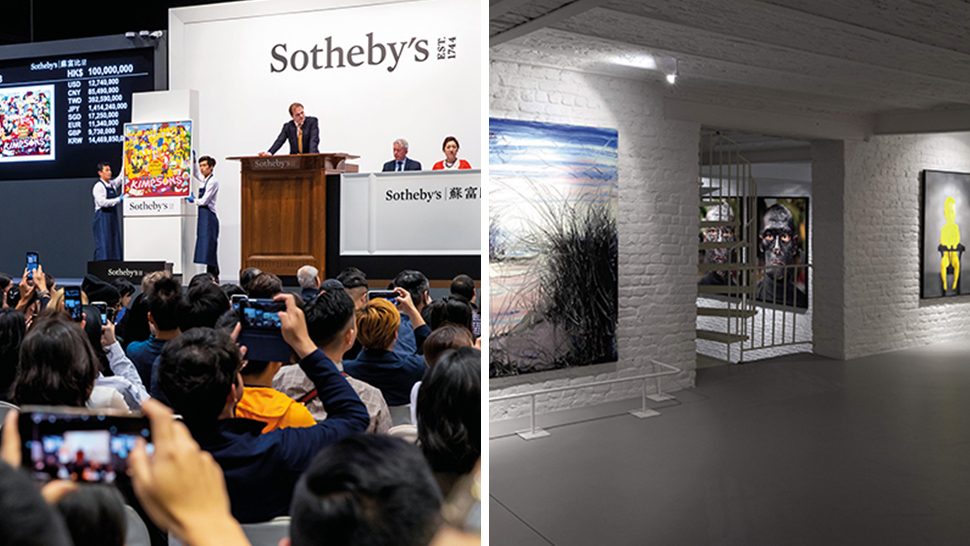 In case you haven’t noticed, the contemporary art market is booming, and one can even posit that it's at the highest it’s ever been. Then again, it’s quite hard to miss, with post-war art breaking record after record at auction, taking prices high up into the stratosphere. There was, for instance, the Andy Warhol piece sold at Sotheby’s New York for $105 million in 2013, only to be unseated by a Jean-Michel Basquiat sold in 2017 for $110.5 million, effectively the highest price ever paid at auction for an American artist. The list goes on and on, with collectors shelling out millions to acquire contemporary masterpieces by Jeff Koons, Cy Twombly, Damien Hirst, David Hockney, Roy Lichtenstein and the like.

But despite all the jaw-dropping figures high enough to make us perhaps think of picking up a brush or a chisel, Boris Cornelissen, deputy director and specialist for Contemporary Art at Sotheby’s Asia narrates that this fine frenzy is a relatively new phenomenon. “Prior to the 1980s, there were no contemporary art auctions,” he says, recounting that collectors would only buy from galleries. “It was only until Alfred Taubman, the previous owner of Sotheby’s, saw the auction business and [thought of a way] to make it appealing, make them sexy." The rest, as they say, is art history.

The Beginnings of a Behemoth

So why is the trade for these 20th-century artworks booming? According to Cornelissen, one of the main reasons is supply. "Nowadays, it’s practically impossible to buy any Old Master masterpieces anymore," he quips. He also shares that most (if not all) of the pieces would inevitably end up in museums, and the ones that do come up in the market tend to be a little subpar, yet they are still sold at astronomical prices.

The same goes for modern or impressionist art on a larger scale. “If you’re a billionaire art collector, you want to buy the best of the best. It’s very hard to find the best of the best Van Gogh. The record price for a Van Gogh is still from the 1990s because nothing has come up like it since. And that is very different for contemporary...There is still a supply of work, and you can still buy the best. It will set you back maybe $20 to $50 million, but you can still buy it, and that’s a really important factor as to why the contemporary art market is so big."

Of course, it does help that art fairs in the region, like Art Basel in Hong Kong and the Shanghai Contemporary Art Fair, are expanding and bringing along their A-game to engage Asian collectors. Shea Lam, specialist for Contemporary Art at Sotheby’s, surmises that the dynamic nature of the contemporary art market is also a major draw. “In the last three years, I think Filipino collectors have started to explore. They come to Hong Kong for auctions and see how the prices for certain works, like those of Yayoi Kusama for instance, have gone up much higher compared to five years ago. So that is also an attractive point for people.”

Another factor is the diversification of the market, which has benefitted greatly from the advent of new blood, so to speak. What was once a stuffy, aristocratic hobby has become the playground of rappers like Jay Z and Kanye West, or e-commerce billionaires like Yusaku Maezawa who purchased the aforementioned Basquiat. In fact, at last spring’s sold-out NIGOLDENEYE® VOL. 1 auction at Sotheby’s, where the prized possessions of Japanese artist NIGO® were put under the hammer, the buyers were mostly “cool millennial buyers in hoodies”.

Given the “buoyant wealth dynamics in Asia and the strong local market," it was inevitable for the East to become a driving force in the art world. In 2017, according to a survey by Art Basel and UBS, 23 percent of the $64 billion global art market was attributed to Asia.

But what’s interesting to note about the region’s bevy of collectors is their relative youth. “In Europe, a lot of people don’t start collecting until they retire. But here, it happens when people are maybe 40, and that really impacts what they collect. It’s a much younger taste in a way, and people have begun to engage in art in a very different way as well,” notes Cornelissen. Yuki Terase, Head of Contemporary Art in Asia for Sotheby’s, is excited about the massive potential here. “Compared to the more established markets in the West, Asia is still a fledgling market with a base of first-generation collectors whose appetite still has extraordinary potential to grow.”

Just last April, the region’s passion for art was once again proven. Sotheby’s Spring Auctions in Hong Kong brought in a total of $482 million, the second-highest in the company’s history, with a quarter attributed to contemporary art. According to Lam, the sell-through rate of their Evening Sale was 91 percent, whereas for their more eclectic Day Sale, for the past two seasons, the percentage sold was 100 percent. This is higher than the industry average of around 70 to 80 percent of other auction houses or regions, shares Cornelissen, and happens “nowhere else in the world.”

This was likewise the auction where a painting by Yayoi Kusama, Interminable Net #4, broke records having been sold for $8 million. This was the highest price ever paid at auction for a female artist in Asia, and is also the highest the artist has ever garnered at an auction for her work. Another impressive sale was The KAWS Album which sold for $14.8 million, the highest ever for the artist as well.

What’s Next in Contemporary Art

Given Sotheby’s Asia’s success, they’re clearly doing something right. On the art that it selects, Cornelissen shares, “It’s really important for us to know that there is demand out there. It’s based on what we know people are looking for. Sometimes, it can be based on whether the artist has a museum exhibition in Asia, as [that will create] interest among collectors.”

Lam notes that aside from perennial favorites and established names, they also try to be diverse with their selection. “Last spring, [we included around] 50 percent of blue-chip Western art…really top-quality work that would have been hard to get from galleries.” With the prices of contemporary Chinese art now pretty much at par with really good pieces from the west, for example, Lam claims that the region’s sophisticated collectors have gradually been looking beyond their own borders. It’s also a symbol that the market is becoming more mature. Cornelissen adds, “When people first get interested in art, the art that surrounds them is mostly from their country. And it’s only after you’ve collected that for a while that you start looking beyond.”

But it’s also perhaps Sotheby’s willingness to adapt to changing tides that has kept it on top, despite being an auction house that was first established in London in 1744. Aside from the many auctions that it stages across multiple continents, the company also has online sales where collectors bid on premium art, sight unseen.

Lam declares that another way they keep collectors coming back is to always be ahead of the trend. “We try to make it a bit different each season... This time, we are selling original cell drawings of Manga work. [We noticed that] street artists like KAWS and Banksy are doing really well, and we see that collectors who used to collect, let’s say sneakers, are now crossing over into contemporary art. So, we try to engage these clients as well." The upcoming auction will also include a few elegant mid-century furniture design pieces, which Lam notes have an increasing demand in the region, but are yet hard to acquire.

So what exactly is going under the hammer this coming fall in Hong Kong? For the Evening Sale, which presents a curated selection of art from more established names, discerning clients are sure to raise their paddles on pieces from Yayoi Kusama and Yoshitomo Nara, as well as work by KAWS, Alexander Calder, Jeff Koons, and Robert Indiana among others.

For the Day Sale, which will have 145 lots, expect to see creations of emerging artists amongst old favorites, as well as a wider range of price points. Both sales will include works from the private collection of Marc Jacobs, whose taste in art is just as visionary as his fashion design oeuvre. Lastly, one can look forward to prime masterworks of Chinese art from the 1990s and 2000s, curated by Baroness Gillion Crowet and housed for more than a decade at the La Moutarderie Nationale in Belgium.

The preview for all of Sotheby’s Asia’s auctions, including those on South East Asian art and Modern Art, will begin on October 3, 2019, in Hong Kong. 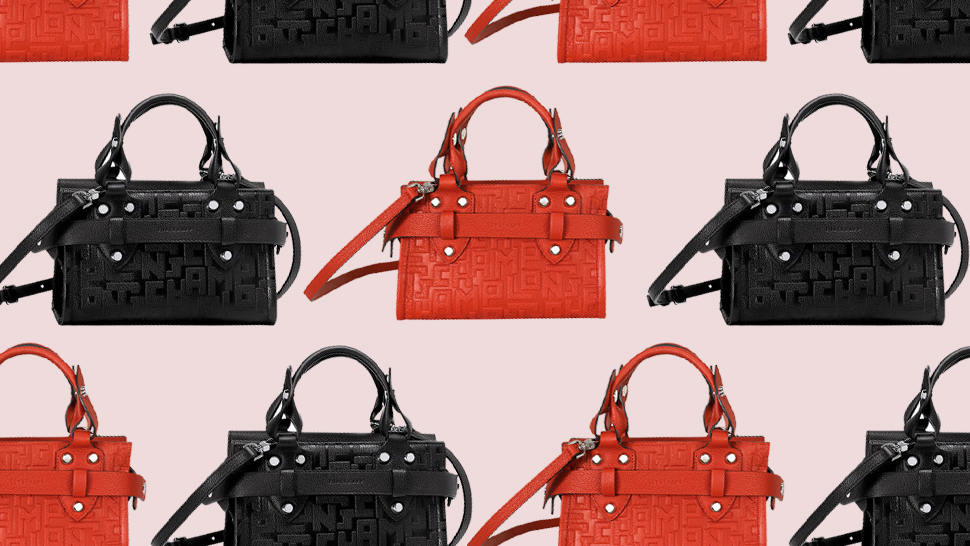 For the Fashion-Savvy Traveler: Foolproof Guidelines to Help You Choose the Right Travel Carryall
All Photos
Comments
View As List