The Dos and Don'ts of Condoling

Unless you want the bereaved wishing it were you inside the casket or urn, please behave accordingly at the next wake you attend. 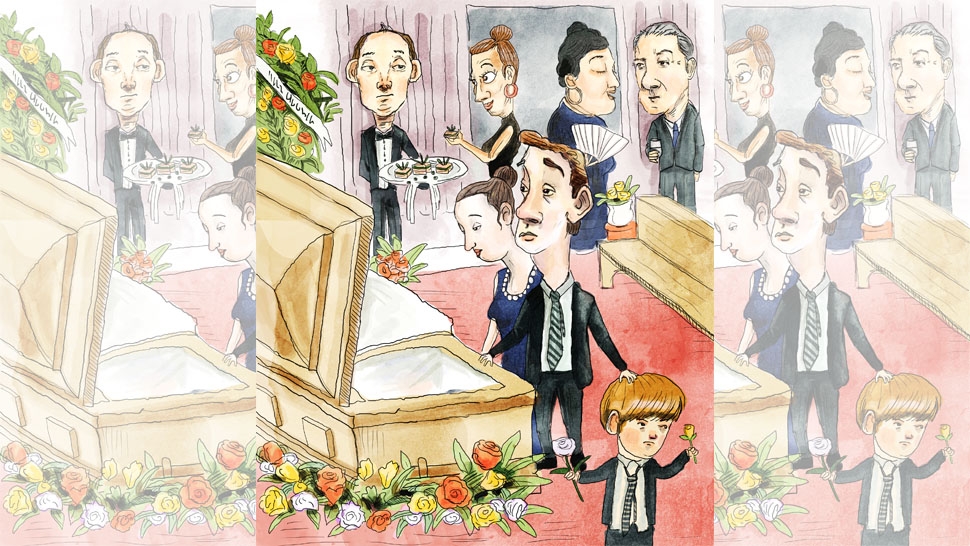 The night my father died I wanted to be left alone. I didn’t want to talk to anybody, hear from anybody.

Not long after he breathed his last, my cell phone that had been in silent mode kept lighting up. Four missed calls from the same friend. The fifth time she called I picked up, worried that there was some sort of emergency.

“Omigod. I just heard the news from B who just heard about it from your cousin M. Be brave. He is with the angels. He is with God. He is resting now.”

And a whole slew of many more cliches. “Thank you,” I managed to squeak. “So what happened?” she asked. “Tell me all the details.”

I turned my phone off.

And to think that was way back, years before social media platforms had been invented.

When my aunt died recently, my cousins wanted to break the news gently to their young daughter. They went to pick her up at school to tell her the news in person. Too late. By the time they got there, their daughter was inconsolable. People had already been calling and texting her after seeing the news on Facebook. Of course, those people had meant well, but...

At my aunt’s wake, people kept coming up to us to ask, “So what happened?” Come on, everyone knew she had had cancer for many years. That’s obviously “what happened.” But people wanted more. They wanted to know where she had been, what time it had been, who had been with her, what her last words had been. Perhaps it was because they really didn’t know what else to say to us and that was their way of making small talk, of carrying on a conversation, of showing interest and concern and not knowing how else to do it.

The people I appreciated most? Those who went up to us to say, “I’m here for you. Please let me know if there’s anything I can do.”

Or those who just held our hands or gave us a hug, and didn’t say anything at all.

Of course, we appreciated the good intentions behind the envelopes of mass cards that piled up to overflowing, with the cushioned plastic holders we sent back to the church a week later so they recycle and use again. Then there was the parade of white floral wreaths that kept arriving and filling up the hall. Unfortunately, my cousins are highly allergic to flowers, and had to keep leaving the room, their eyes red and smarting with tears.

People looked at us with sympathetic smiles.

“Your poor cousins, they’re crying because orphans now,” they said. If they only knew.

My aunt had requested that in lieu of flowers, donations instead be made to a home for priests. She and her husband had always been very religious and had supported many a religious education. Which is why in the wake there were many priests who came to pay their respects, each offering to celebrate Mass. How could we refuse? At one point there were Masses being said every half an hour. My cousins and I managed to escape to the next room where other aunts had arranged an over-the-top buffet that changed five times a day. There was a dessert area and an ice cream scooping station too. If we hadn’t known what was going on next door, we could have easily felt like we were at someone’s birthday merienda or a class reunion, what with people laughing out loud and smiling broadly for group photos that they were taking of each other, some of which, to our consternation, made it to Facebook almost immediately.

One cousin was quite irritated at the jovial atmosphere. But his brother said, “Mom would’ve enjoyed seeing all her friends together having fun. If only she were here.”

And what of society wakes? When people drop by with the primary purpose of seeing everyone else who drops by?

Listening to the chatter going on in the room, I told my cousins about a good friend from high school who’d always loved to party. At his wake, his brothers hung a glass disco ball above his urn and blasted music from the ’80s. We listened to Billy Idol, Tears for Fears, Cyndi Lauper, and the Go-Go’s all night long, reminiscing about our happy high school days. Which made it easier for all of us to cope with the idea that one of us had died so suddenly, so soon. His parents’ friends were appalled at the scenario but when they saw how his own parents didn’t seem to mind, they just went with the flow as well. Even if it probably was fodder for many future dinner conversations.

And what of society wakes? When people drop by with the primary purpose of seeing everyone else who drops by? You can tell a society wake when you see the floral wreaths that lead out of the chapel and down the halls all the way to the parking lot. When the delivery men are paid extra to make sure their wreaths are put right up front, with the ones from the President and the Vice President and the presumed presidential nominee. No, they are told, they cannot move out the ones from the immediate family. They have to leave the wreaths of the immediate family.

Or families. It can be quite tricky when the departed has had more than one wife, or significant other. So the women sit with their respective children at opposite ends of the chapel. And mourners come in and condole with whichever family members they know. And then the politicians come in to shake hands with everyone hoping to tap them later on for campaign donations. And the business people come in and exchange cards hoping to be remembered for the next big deal. And the social climbers come in and kiss everyone hoping to be invited to the next party. And then suddenly it’s one big circus of everyone schmoozing and gossiping and complaining about the crowd and the heat. And waiters go about offering watered-down iced tea till they’re slipped a hundred-peso bill to bring over plates of reheated bibingka and pan de sal with kesong puti from the buffet table.

Fortunately, many funeral chapels now shut down at midnight. Which makes it easier for exhausted family members to go home and have a good night’s rest, and have an excuse to say goodbye to guests who arrive really late and expect the family to stay on for them.

Don’t forget to sign the guestbook. To be honest, I really can’t remember most of the people who came for Dad’s wake, which was one huge blur of virtual sleepwalking. I never really looked at the ribbons that went with those wreaths and I never went through those piles of Mass cards. But afterward, when I looked through the guestbook and saw all the names of all the people who came to spend time with us and to share in our sorrow, I was grateful.

About The Author
Louise Prima
View Other Articles From Louise Prima
Get The Latest Updates From Esquire!
Subscribe to our newsletter!
Latest Feed
Load More Articles
Esquire Money 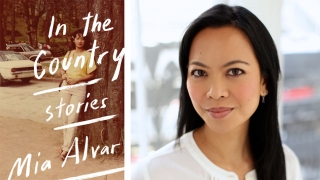 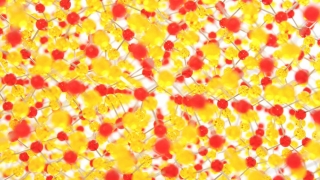