Tracing the Beginnings of Indian Cuisine in the Philippines

Migrants from India have brought with them not only their business acumen, but more importantly and luckily for us, their glorious cuisine. 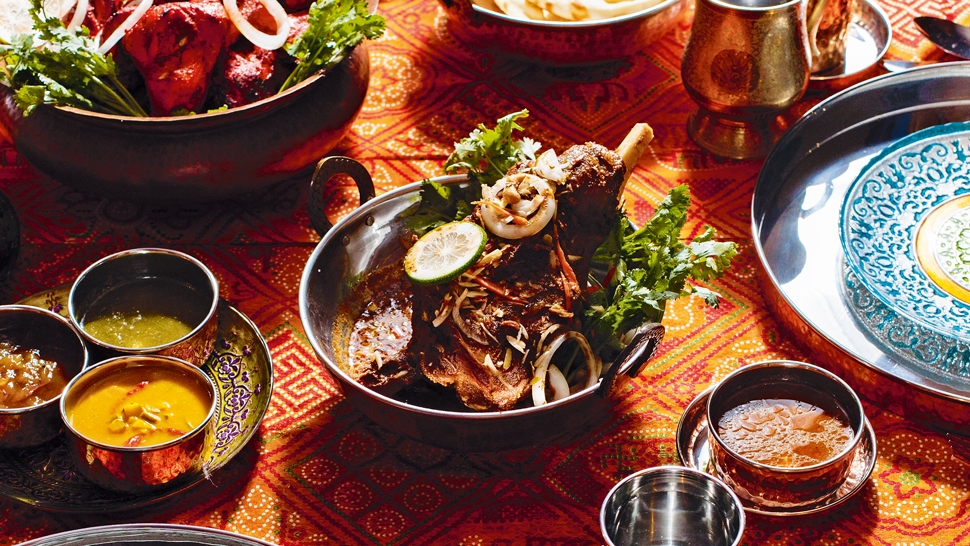 An alchemy of harmonious tastes, ingredients, and techniques, Indian cooking is as diverse and grand as its country and people. Over the past decade, India’s colorful culture and cuisine have been gaining momentum and have been making their way into the mainstream. Indian chai can now be found in various permutations at your local coffee house, while chicken tikka masala, naan sandwiches, pita wraps, and even hybrid items like chapati quesadillas sit comfortably on global menus. From street stalls to food trucks, to Michelin-starred kitchens, Indian flavors have found new homes with their unique taste profile. 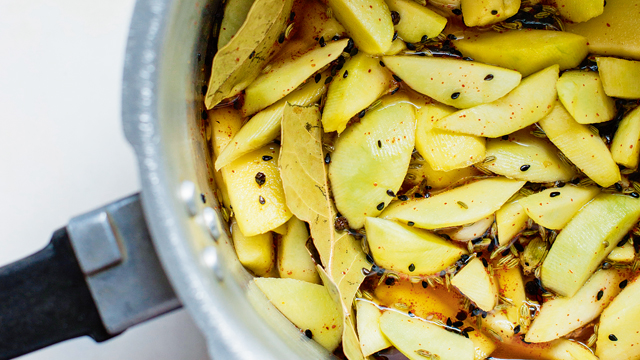 Picked fruits and vegetables are a staple accompaniment to Indian dishes.

Through extensive travel, both real and virtual, the Filipino palate has also grown bolder and more adventurous. Diners young and old are eager to try ethnic cuisines, once considered intimidating and exotic. And, with the growing interest in leading healthier lifestyles that includes the practice of yoga and Ayurvedic medicine, there is no vegetarian cuisine quite like Indian. 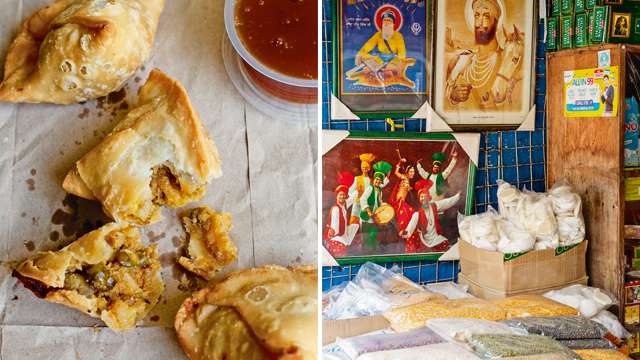 From left: Fried vegetable samosas, one of the most popular Indian snack foods and an assortment of Indian staples such as pulses and bread sold along U.N. Avenue.

The growing number of Indian immigrants and expatriates over the past 50 years in the Philippines has also helped popularize their cooking. Like many Indian migrants in the Philippines and around Southeast Asia, Lalu Gopaldas was born of Sindhi descent in Hyderabad and left her homeland at the age of 2, after the Partition of India in 1947. Her family settled in Cebu where she went to school and lived until she got married. “After the Partition, everyone went to different places. That’s how it was back then: You kept moving with no permanent home. You went where you could earn, where your relatives were.”

She recalls while she was growing up, there were only 25 Indian families in Cebu and no Indian groceries nor restaurants to be found. Her mother, who spoke little English and even less Filipino, would make everything they ate from scratch—working from memory, without recipes or measurements—after her husband came back from the market. “Indian women were not allowed to go to the market even if they were married,” she shares. “There were many men in the market, and women were overprotected and kept at home. The first time my mother went by herself was after my father died.”

From left: Chicken kebabs being cooked in the tandoor oven at Kashmir and a range of mithai from Assad Mini Mart is enjoyed with afternoon tea.

The availability of fresh produce similar to what they had in India—fish, vegetables, pulses, and even mutton— allowed her parents to enjoy the same food they had grown up with back home. The seasonings, however, were not as accessible. “Our ingredients used to come in big cans twice a year by sea. Relatives would send us all the spices, as well as pistachios and cashews for our sweets. Tea would come from my auntie in Sri Lanka. Now there are many Indian stores, like Assad on U.N. Avenue or Jupiter Street in Makati, and many ingredients can even be found in large groceries, but before, we would have to wait for those care packages to come.”

It is undeniable that the masterful and extensive use of spices, or spice blends called masalas, is what sets Indian cuisine apart from all others—cumin, cinnamon, peppercorns, carom, cloves, coriander seeds, fennel, mustard seeds, nutmeg, ajwain, and green and black cardamom, to name a few. From centuries of experience passed through generations, Indian cooks know not only how to blend these intensely aromatic spices, but the best way to extract their flavors. While some are best fried to release their fragrance, others are whole-roasted to unleash secondary tastes. And then, of course, there are the nuances of each dish: Some call for the use of ground spices while for others, the spices should only be used in their whole form. 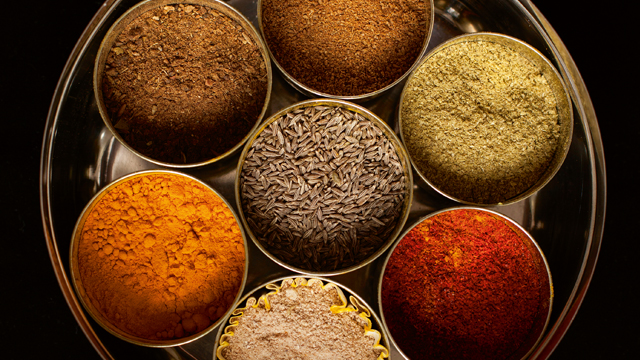 Every Indian home has its own , a flat metal container that holds the most frequently used spices in an Indian kitchen. While the choice of spices is similar from home to home, the proportions used usually vary depending on the region. Every family also has its own blends that sometimes include the use of a “secret” spice.

“Spice is the very essence of Indian cooking and most of India use the same ones, but the proportions and mixtures will differ from region to region,” says Priya Thakur, who came to the Philippines from northern India in 1985 after marrying her husband. She stresses that people must learn to distinguish the difference between spice and heat and come to realize how they are independent of each other as spicy food is not the same as food that is packed with red or green chilies. “Many times we ignore the aftertaste of our food,” she continues. “If we really try to make out the difference, we can tell that some spices linger longer than others on the palate.”

Priya and Lalu both recall the lack of ready-made Indian bread, snacks, and sweets a few decades back. “It was difficult to find certain staples, so when we ran out we had to make our own by hand, which was long and tiring,” Priya remembers. As no traditional thali, or metal food tray laden with a full Indian meal, is complete without at least one papadum, Lalu’s mother would make her papad, the popular thin Indian crackers that are cooked over an open flame, by grinding the lentils herself and incorporating cumin and cracked black peppercorns before rolling them out and drying them in the sun. 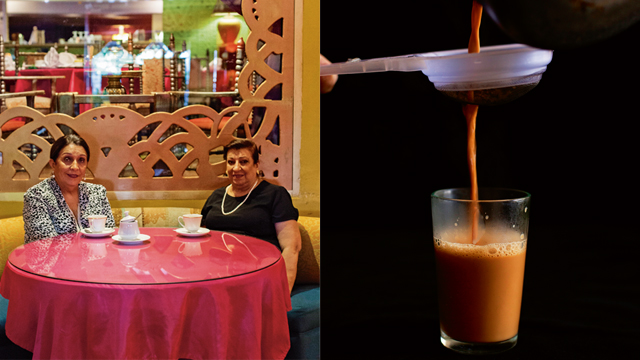 From left: Sisters Kamla Singh and Indra Mirchandani at their Kashmir restaurant in Makati and a perfect cup of chai, a sweet, milky tea, which has cardamom, cloves, cinnamon, ginger, and black pepper.

“We also made all of our mithai, or sweets, at home,” Lalu continues. “If you notice, most Indian desserts are not baked, but are usually cooked or fried.” Usually made with ground nuts such as cashews and pistachios or from milk products, Indian confections are simply assembled with their main ingredient and a sweet sugar syrup. Southern Indian desserts also use regional staples such as coconut and rice. Although it is traditional to give an array of  to your close family and friends during Diwali, the festival of lights, sweets are regularly offered to the gods and goddesses. Nowadays, Indian pantry stockists and restaurants like Legend of India sell ready-made sweets for takeaway. They can also be found from the vendors that line the street outside the Sikh Gurdwara, Khalsa Diwan Sikh Temple, in Manila. 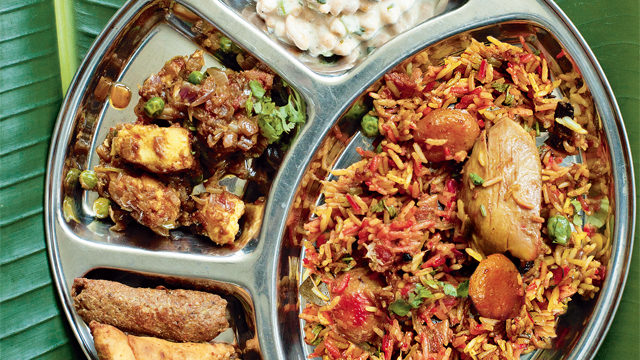 An Indian rice plate with pickled vegetables and fruits, chapatis, and crispy fried snacks. Kanchan Sadhwani moved to the Philippines from Africa after her arranged marriage. Not knowing how to cook anything except for chapatis, she quickly learned from Indian friends in Manila. Today, she teaches Indian cooking classes at the Maya Kitchen and hosts special private dinners for clients through her website, maharaja-tava.com.

Additional items found outside the temple include a range of colorful pulses, and bottles of assorted achar, or pickled vegetables and fruits. Green mangoes, lemons, onions, chilies, and carrots are some of the preserves that are prepared with a melange of salt, spice, and mustard seeds that act as the souring agent. These preserves are eaten as a side dish with a meal, or enjoyed as an afternoon snack, slathered on warm chapatis and flaky parathas and are best accompanied by a cup of warm masala chai or a cold glass of a sweet or salty yogurt lassi. Other popular snacks are samosas stuffed with potatoes and vegetable pakora fritters. These crispy fried snacks are usually served with chutneys made from a mixture of herbs such as mint and coriander, or fruits like mango, coconut, and tamarind.

Today, there are a number of restaurants in the city that serve Indian cuisine, making the tastes and flavors of India much more accessible, and thus, much more popular. Celebrating its 42nd year, Kashmir, the country’s oldest Indian restaurant, was opened in 1974 by sisters Kamla Singh and Indra Mirchandani. Second-generation Sindhis, their parents moved to the Philippines in the 1930s and the two were born and raised in Manila. As mothers of young children in the 1970s, they chose to go into business together and opened their first restaurant along Makati Avenue with the intent of introducing Indian cuisine to a wider Filipino audience and to the growing number of expatriates moving to Manila. It was an instant success. “We never realized Filipinos would love Indian food,” says Indra. “We were very lucky.” 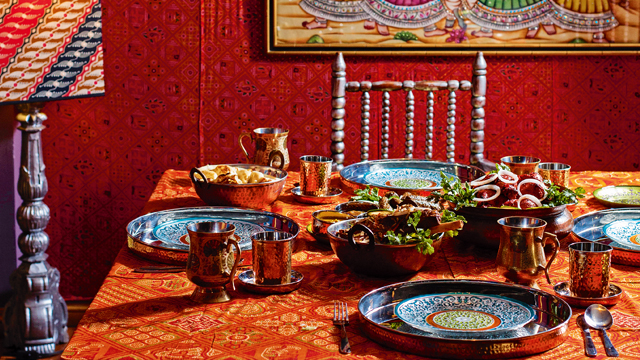 A bountiful feast at Kashmir

They noticed that at the time, their Filipino patrons were all brought to Kashmir by a friend and for many, it was their first introduction to this type of food. “Filipinos were scared to explore on their own but once they were introduced to Indian food, they loved it,” explains Kamla. “They found similarities to many Filipino dishes—our tandoor was similar to their grilled meat, rogan josh was like , and even our samosas were akin to the local empanadas. And boy, they loved our special lamb!”

Like many Indian restaurants around the globe, Kashmir specialized in the Mughal cuisine of the north. The menu has since expanded to include regional specialties from the north to the south. Today, with three restaurants and a large catering company, Indra and Kamla are looking to expand their audience once again. “We are opening an area in our San Antonio Plaza location that will serve cocktails and Indian bar chow to a younger audience,” Indra says. “So many young people love our food. Indian is the new cool cuisine.”

Here are a few of our favorite Indian stockists and restaurants: 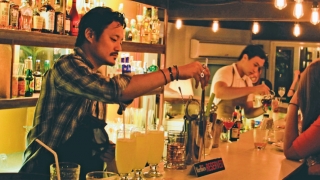