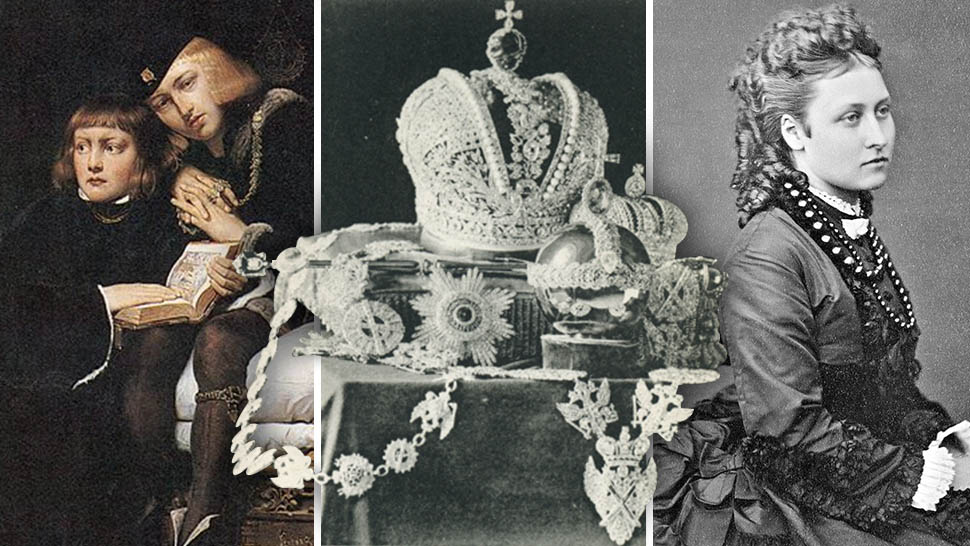 Due to lack of documentation or intentional cover-ups, many questions still litter the stories of royalty from times gone by. Little evidence exists to debunk centuries-old tales of royal murders, missing bodies, and lost treasures. Here, we've listed down some of history’s most famous albeit unsolved royal mysteries.

The princes in the Tower 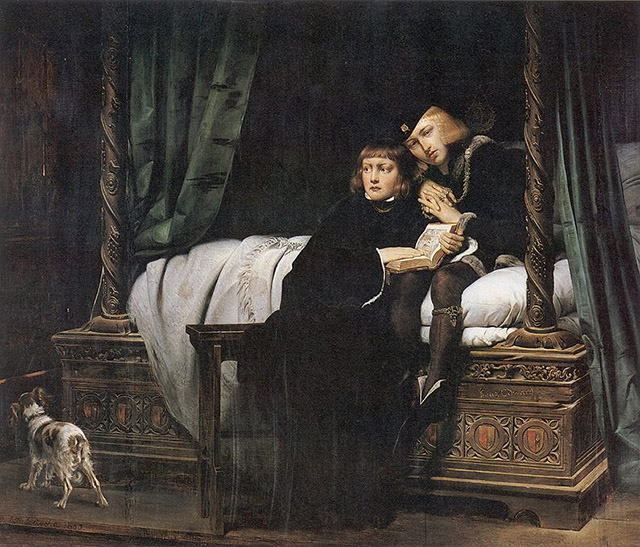 Edward IV of England was the first Yorkist King to take the British crown after the War of the Roses, a series of civil wars between the Houses of Lancaster and York. He and his wife, Elizabeth Woodville, had their first son, also named Edward, in 1470 and another son, Richard, Duke of York, in 1473.

After the King’s death in 1483, his 12-year-old heir ascended the throne as Edward V. The new king’s uncle, Richard, Duke of Gloucester, was assigned as the monarch’s protector. A few months into the reign of Edward V, conflict stirred between the Lord Protector and Queen Mother’s supporters, who desired to oust the Duke of Gloucester. The duke had those supporters arrested, and locked Edward V and his younger brother in the Tower of London, which in the past was both prison and royal residence.

The Duke of Gloucester convinced British subjects that his brother’s marriage to Elizabeth Woodville was invalid, which meant the two princes were illegitimate and unfit to take the throne. That’s how King Richard III assumed control of the crown, while his two younger nephews were never heard from again. Many assume that Richard III had the brothers murdered, while others speculate that skeletons found in the Tower in 1674 were theirs.

The burial place of Cleopatra and Mark Antony 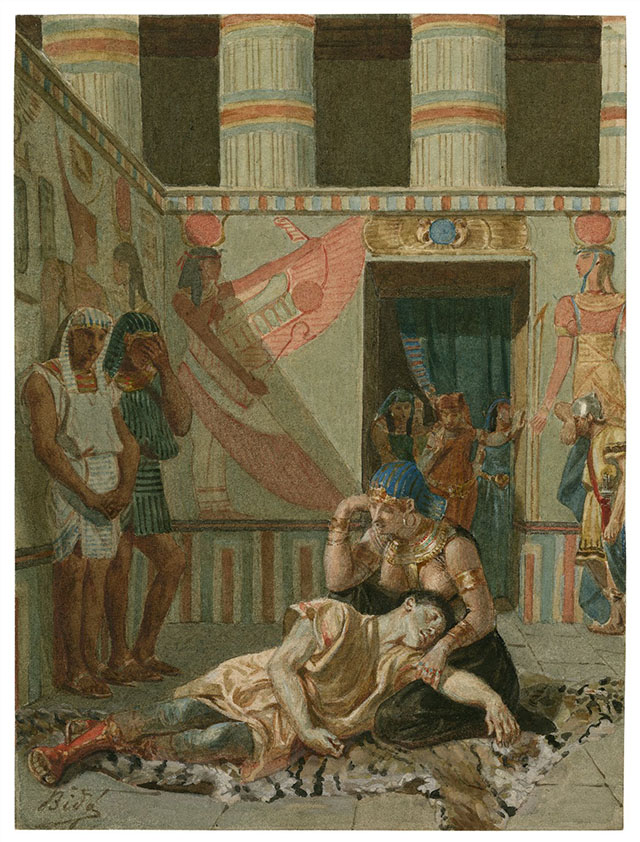 Cleopatra was the queen of Egypt when she began a political and romantic alliance with Mark Antony, a member of the Roman triumvirate. Ancient history’s most powerful lovers committed suicide upon the victory of Octavian, Julius Caesar’s chosen heir. Mark Antony, after receiving false news that Cleopatra died in an attack by Octavian’s forces, killed himself in 31 B.C.; Cleopatra took her own life shortly after. According to tradition, the queen had an asp (Egyptian cobra) bite her.

Despite Octavian’s strained relationship with both Cleopatra and Mark Antony, he allowed them a joint burial and the two bodies even shared the same tomb. The exact location of the burial site, however, remains unknown.

The missing pieces from the Russian crown jewels 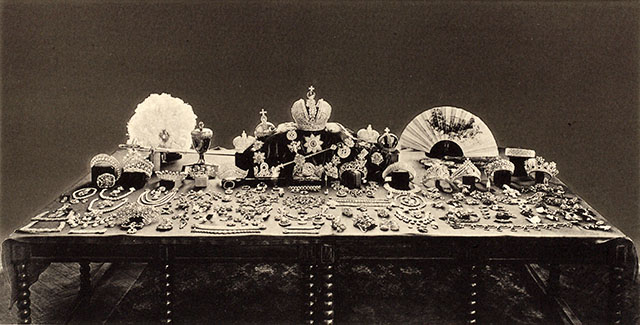 The Romanov family was the last imperial dynasty to rule over Russia. Over the course of its 300-year reign, the family was one of the wealthiest in Europe. It was able to amass an extravagant collection of crown jewels with an estimated value of over $45 billion by the end of Imperial Russia. The jewels varied, some were mined in Russia while others were exotic pieces from foreign rulers.

The Romanov dynasty eventually came to an end in the 1917 Russian Revolution when Bolshevik authorities imprisoned, then executed Nicholas II and his family and servants. After debates between historians and nationalists on what to do with the crown jewels, the jewels were preserved.

In 2012, however, researchers uncovered evidence that pieces from the crown jewels were missing. Photographs from 1922 in the U.S. Geological Survey Library showed at least four pieces missing from the official 1925 inventory that was thought to be complete. Included among the missing items were a diadem, a bracelet, and a necklace. The last missing item, a sapphire brooch, was later found to have been sold at a London auction in 1927. 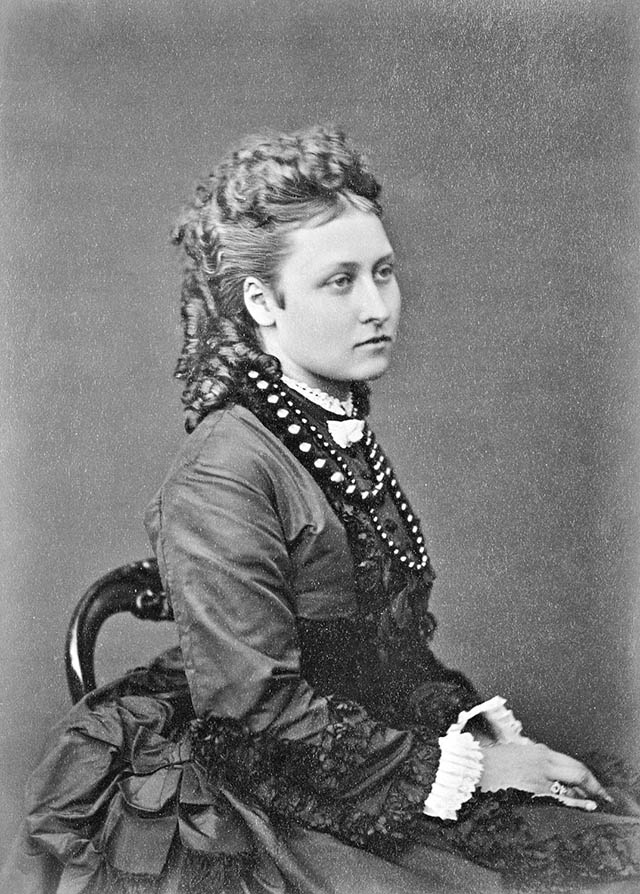 Princess Louise was known to be the most beautiful, but also the most rebellious among Queen Victoria’s daughters. When Louise was 18, Lieutenant Walter George Stirling was hired to tutor her younger brother, Leopold. Stirling was well-liked by both the princess and the but was abruptly dismissed from his post only four months later. Given that Stirling worked for the royal family for a short time only, his generous pay-offs such as an official title and allowance were considered unusual. The persistent gossip surrounding this and his sudden departure that he had impregnated Louise.

According to the Daily Mail, several events surrounding Queen Victoria’s longtime , Sir Charles Locock, suggest that he was involved in the matter. When Sir Charles’s wife died unexpectedly, his son Frederick did not follow the Victorian custom of allowing a one-year mourning period. Only six weeks after his mother’s death, Frederick married his fiancee, and four months later, they hastily adopted a baby boy named Henry. Henry was born the year of Princess Louise’s pregnancy and had no birth certificate nor background record. Additionally, Frederick began receiving a large yet unexplained allowance the very month Henry was adopted.

Historian Lucinda Hawksley believed the rumors were true and claims there was a resemblance between Henry and the royal family. Locock’s descendants have tried to secure a DNA sample from their ancestor’s remains but have failed, reports The Telegraph.

The mysterious death of Amy Robsart 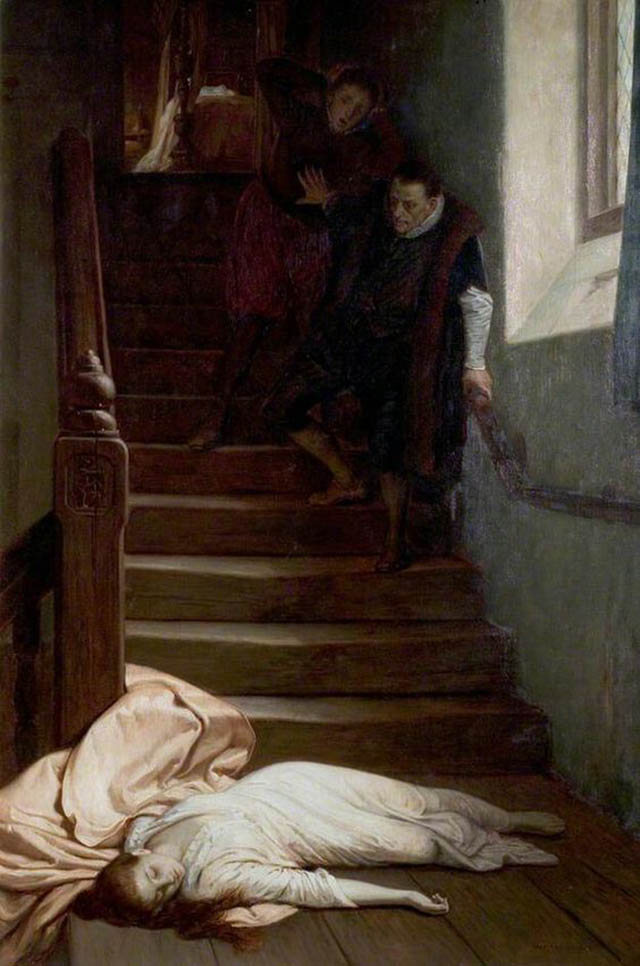 Queen Elizabeth I refused to marry any of her many suitors, so her obvious fondness towards Robert Dudley, a courtier, led to of an unlikely love affair. After Elizabeth ascended the throne and Dudley rose to prominent positions in court, the two were constantly together. The affair was so well-known that even Dudley’s wife, Amy Robsart, was aware of it despite her distance from the royal court.

In 1560, servants discovered Amy’s lifeless body at the foot of a staircase at her home in Cumnor Hall. Her mysterious death led many to suspect both Dudley and Queen Elizabeth were responsible. Stories of Amy and Dudley’s unhappy marriage, coupled with the queen’s love affair, only fueled the idea that Amy was murdered. 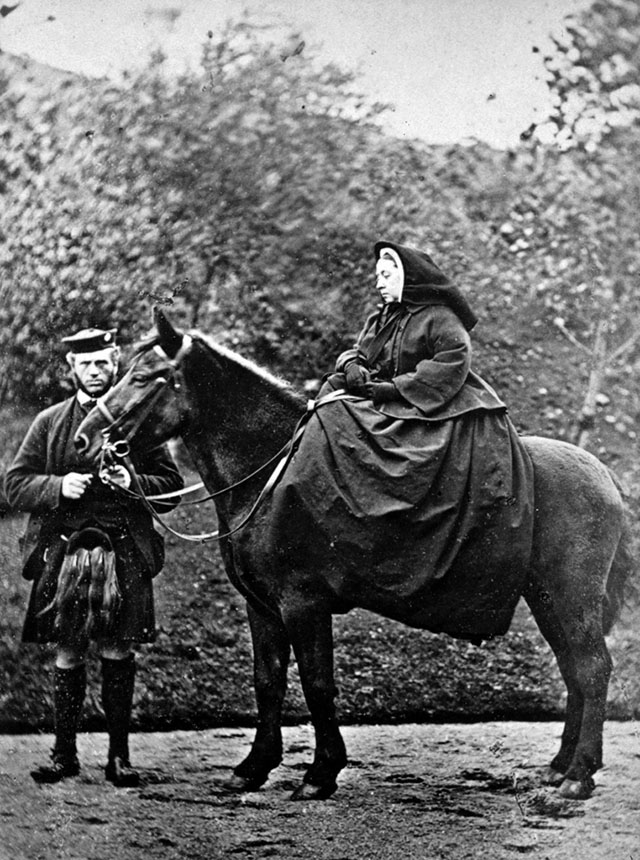 Although it was known that Queen Victoria had forged a strong friendship with her manservant John Brown, it is much speculated that their relationship was more than platonic. Following the death of her beloved husband Albert, the queen and Brown’s affair was said to have lasted 20 years.

On her deathbed, various mementos of Brown surrounded the queen’s body. Secret instructions were reportedly given for her to wear Brown’s mother’s wedding ring and to have a photograph of him placed in her hand.

Many have hinted at a cover-up. Victoria’s diaries retained few mentions of Brown after her daughter Beatrice edited them. Brown’s own diaries and Victoria’s manuscript of the memoir she wrote about him had long been destroyed. 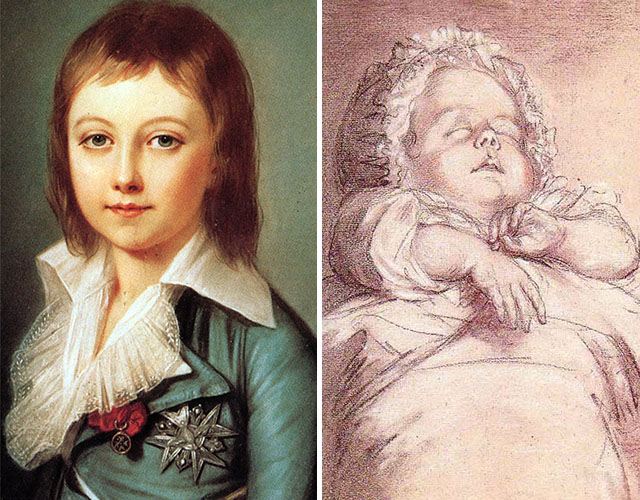 Marie Antoinette was married off to King Louis XVI at 14 years old in order to seal an alliance between France and Austria. While at  court, Marie Antoinette met the Swedish diplomat Count Axel von and began an affair with him. Letters between the Queen and von Fersen reveal that the pair used codes and invisible ink to keep their relationship private. Furthermore, the letters also suggest that the two-decade-long affair culminated in von Fersen secretly fathering two of Marie Antoinette’s children. The king’s successor Louis Charles and Princess Sophie were thought to be the children of Louis XVI.

The most convincing evidence of the illegitimate children is a letter from Quintin Craufurd, a friend of von Fersen. In the letter, Craufurd wrote frankly that von Fersen was “generally supposed to be the father of the present Dauphin.”

The death of Dmitry of Uglich 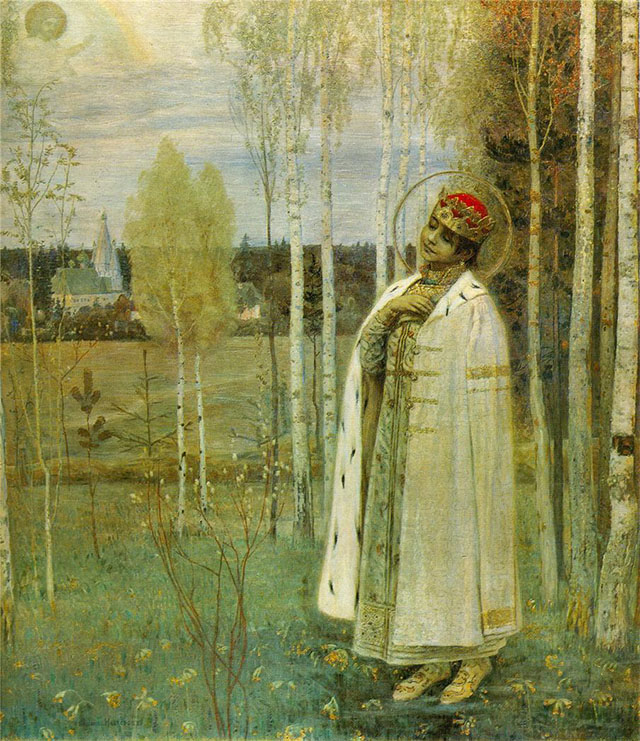 Dmitry Ivanovich was the only son of Tsar Ivan IV (also known as Ivan the Terrible) and his seventh wife. Upon the tsar’s death, imperial adviser Boris Godunov exiled Dmitry and his mother to Uglich for political implications. The late tsar’s intellectually disabled son Fyodor inherited the Russian throne but Godunov was the true power behind, and exiling Dmitry only solidified his power.

It was in Uglich that the young Dmitry’s body was discovered dead in a courtyard, his throat slit and a knife in his hand. The death was proclaimed an accident, that the boy had experienced a severe epileptic convulsion while playing a knife-throwing game, causing him to fall on a knife and slit his own throat.

It quickly became debated whether what happened to Dmitry was an accident or not. Many pointed at Godunov, who had much to gain from the boy’s death, but there was never any direct evidence to show that he was involved in a murder scheme. 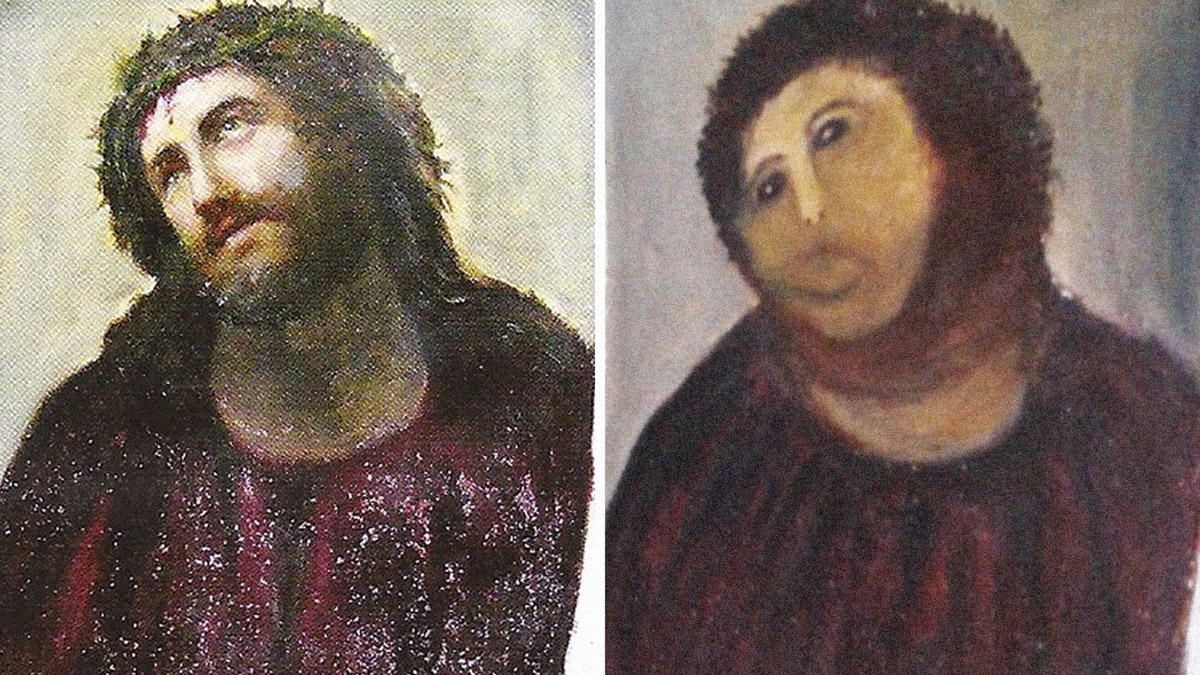 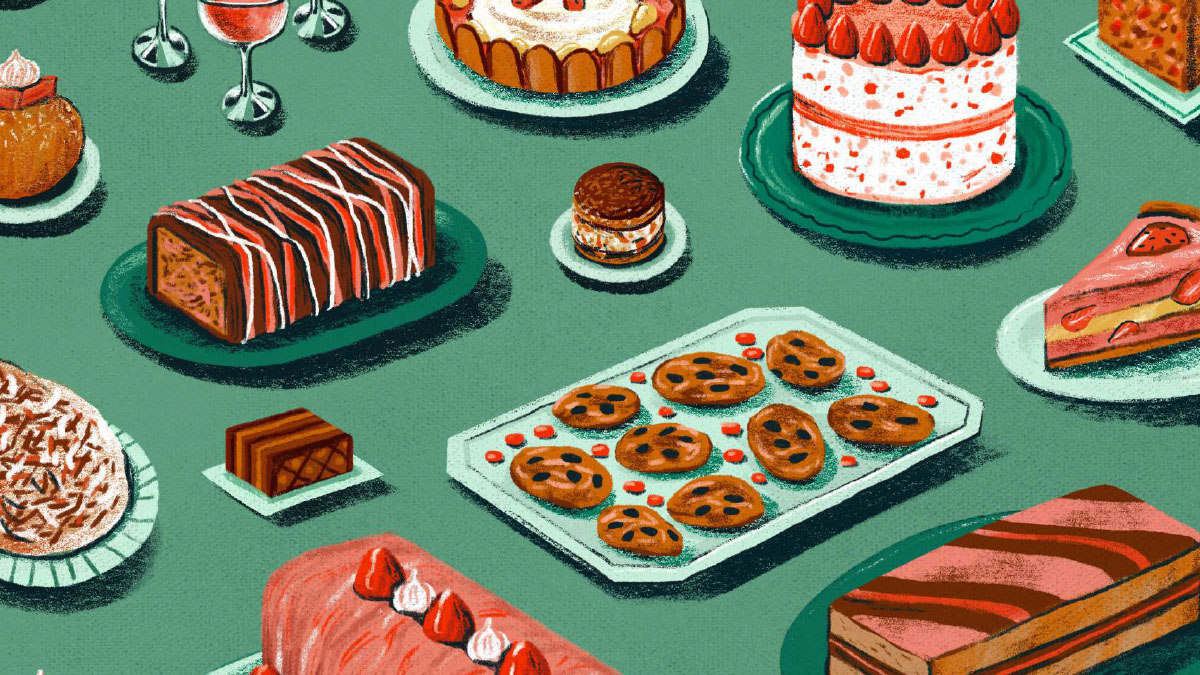