10 Filipina Warriors And Their Battles That Made Philippine History

They were rebel leaders, undercover messengers, and silent assassins.

During times of war when women were expected to play secondary roles to men, these badass Filipina warriors chose to march to the forefront, engage in battle, and bravely fight for the country's independence and freedom.

A daughter of a peasant in Ilocos, Gabriela Silang was forced to wed a wealthy businessman, who died of old age three years into their marriage. Silang’s second husband was rebel leader Diego Silang, who saw her not only as a wife but his “equal and closest advisor.”

After the assassination of Diego, none of the rebels wanted to take over. Silang decided to take matters into her own hands and lead the rebellion herself, making her the first female leader of the Philippine Revolution. The revolt became one the longest sustained battles against the Spanish colonizers, with Silang launching guerrilla attacks one after the other, causing the enemies to fear her name.

To date, Silang’s name continues to stand for women's power, strength, and bravery. Our country's women-led and pro-women alliance, GABRIELA, is named in her memory. In Ayala Triangle, along the corner of Ayala Avenue and Makati Avenue, stands Gabriela Silang's monument, which depicts the warrior on horseback, wielding a bolo.

Despite living during the Spanish colonization, where women were expected to be “religious and uncritically submissive”, Teresa Magbanua was “always restless for action and afraid of no man,” as described by her sister, Paz.

Magbanua comes from a prominent family and was able to finish her studies at exclusive girls’ schools in Manila. Her husband was a wealthy farmer who owned vast lands, where Magbanua spent most of her time practicing horseback riding and sharpening her skills with a pistol and rifle.

When the revolt against Spanish colonizers broke out at her province in Iloilo, Magbanua joined the rebel troops with her uncle and two brothers. She became the commander of the Northern Zone. Fighting in several key battles during the Spanish era, Magbanua led her troops of rifle sharpshooters and bolo men to victory at the Battle of Barrio Yoting in Pilar, Capiz.

She continued supporting Filipino rebels against American forces and the Japanese, making her one of the few who fought for the country against three of the Philippines’ main colonizers.

Melchora Aquino is best known as "Tandang Sora," the kind-hearted woman who nursed Filipino rebels, the Katipuneros, back to health during the revolution against the Spaniards. This earned her the title of "Mother of the Katipunan."

Her deeds were soon discovered by the Spanish authorities, leading to her capture and arrest. She was interrogated to reveal the whereabouts of the Katipunan, however, she refused to cooperate. As a result, she was deported to Guam and forced to live in exile for six years. She is quoted to have said: “If I have nine lives, I would gladly give them up for my country.”

A post shared by AESTHETIC SCIENCE CLINIC (@aestheticscienceclinic) on Mar 8, 2016 at 4:39am PST

In her younger years, Trinidad Tecson chose to learn fencing as opposed to sewing and embroidery like other girls her age. Self-dense was important to her. At age 47, she joined the Katipunan and was the first-ever Filipino woman to undergo the ‘sandugo,’ signing her name with her own blood.

Tecson fought a dozen battles, the most important one being the Battle of Biak na Bato. Together with her husband, they guarded the entry into the fort of Biak na Bato and successfully prevented an attack. This gained her the title, “Mother of Biak na Bato.”

Tecson was also notorious for seizing firearms and sneaking in food for the troops. When caught, she managed to subdue the guards or escape by pretending to be dead. Tecson also spent her time aiding wounded Filipino soldiers, making her the “Mother of the Philippine Red Cross.” She continued to fight for the country’s freedom until the American colonization.

Josefa Llanes Escoda was the founder of the Girl Scouts of the Philippines. A teacher, social worker, and activist, she was also a staunch advocate of women's suffrage, fighting for Filipino women's rights to vote. She was trained in social welfare at the New York School of Social Work and earned a master's degree in Sociology from Columbia University.

During World War II, she and her husband spent their time in aid of prisoners, including the afflicted soldiers of the Bataan Death March. It has been said that the couple had also set up a coffee shop, with the primary intent to gather information from the Japanese soldiers, and relay these to local troops. However, they were soon found out and Escoda was captured and executed.

Today, Escoda is commemorated on the one thousand peso bill and has a monument in Ilocos Norte. A Google doodle was also created on her behalf, in celebration of her hundred and 20th birth anniversary.

Magdalena Leones was a Filipino spy during World War II. She was studying to become a nun and her family worked closely with American missionaries before the war. After the fall of Corregidor, she and fellow missionaries were imprisoned, where she learned to speak the Japanese language, Nihongo.

After her release, she witnessed the execution of her fellowmen in the hands of the Japanese. Seeing this tragedy led her to join guerrilla forces and save her people. Leones’ knowledge of Nihongo allowed her to play key roles during the war, even going as far as convincing Japanese soldiers to spare the lives of Filipinos evacuees, saying that they just came from a wedding.

She became an intelligence officer for the United States Army Forces in the Philippines-Northern Luzon (USAFIP-NIL). Her former church connections enabled her to work efficiently as a spy, collect information, and deliver medical supplies, among others. At the times she was caught, Leones was able to sweet talk or bribe the Japanese guards and escape. It is said that her calm demeanor, quick wits, and faith were what saved her.

Called the “Lioness of Filipino Guerilla Agents,” Leones became the only Asian to be awarded the United States’s third-highest military decoration, the Silver Star Medal. However, her request to be granted the Philippine equivalent, the Gold Cross, was declined. After the war, she lived quietly in the United States, keeping her war experiences a secret even from her own children.

Agueda Kahabagan is the only woman listed in the roster of generals in the Philippine Army. Called the "Tagalog Joan of Arc," she fought against the Spanish forces, and is best known for her role in the three-day battle in San Pablo, Laguna. Ready for battle, she arrived dressed in white, riding a  horse with a rifle in one hand a bolo in the other, leading her army of rebels.

Kahabagan survived the battles against the Spanish and continued on to fight the Americans. She fought together with General Pio del Pilar in the Southern Tagalog region and was given the title "Generala." She is one of history's unsung heroes, as little has been known of her whereabouts after the war.

Nieves Fernandez was a teacher turned guerrilla leader. She is best known for her special technique in silently killing Japanese soldiers using her bolo. Captain Fernandez, as she was called, knew how to use her knife to attack her enemy to immediate unconsciousness, resulting in a quiet death.

Fernandez was skilled in hand-to-hand combat using the bolo and could make improvised guns using gas pipes, called the 'paltik' or crackshot. She is famous for leading a troop of 110 rebels to victory, where they fought more than 200 Japanese soldiers using only their bolos and makeshift guns. The female captain became such a force to be reckoned with, that the Japanese offered P10,000 for her head.

Josefina Guerrero is known as the leper spy during the Second World War. She contracted leprosy at a time when people used to think it was contagious. This caused her husband to flee, taking with him their daughter.

Devastated, Guerrero thought to spend her remaining years helping her fellowmen and volunteered to become a spy for the Allied Forces in the Philippines during the war. Because the Japanese feared her disease, Guerrero was able to dodge thorough inspections. Her disease worked to her advantage, as she was able to easily obtain information, deliver supply to soldiers, and infiltrate Japanese base camps.

After the war, she was awarded a Medal of Freedom by the U.S. government for saving the lives of many American soldiers.

A popular pre-World War II Filipina actress and singer, many may not be aware of Carmen Rosales' other life as a guerrilla warrior. Born Januaria Constantino Keller, she is better known by her stage name, taken after her hometown of Carmen, Rosales.

After the Japanese forces killed her husband, a guerrilla rebel, Rosales decided to continue his fight and join the underground movement. She was a sharpshooter, used a .45, and even disguised herself by wearing a mustache. Rosales' life as a rebel was soon depicted in a film, called Gerilyera, where she would also star in. 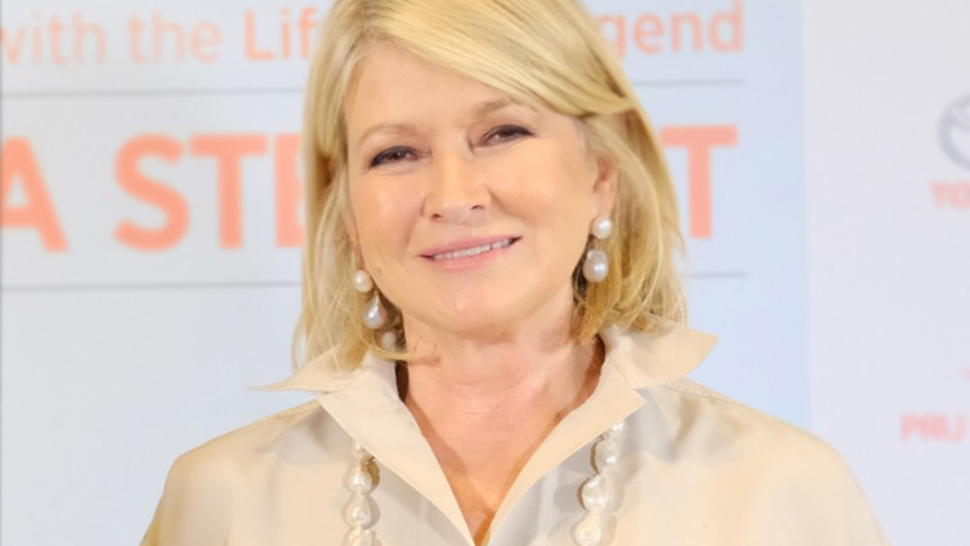 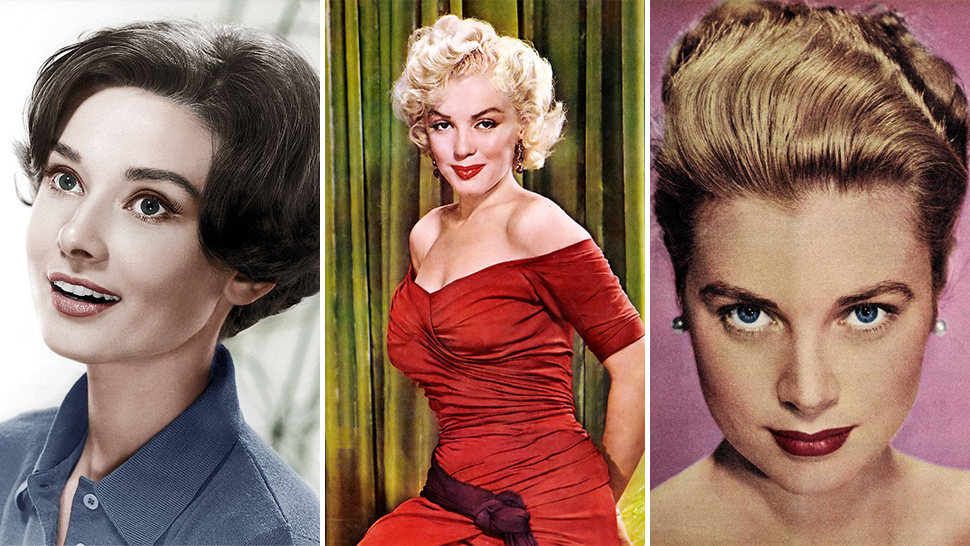