Everything You Need to Know Before Getting a Laser Treatment

A crash course on laser treatments and a break down of some of the most popular anti-aging procedures. 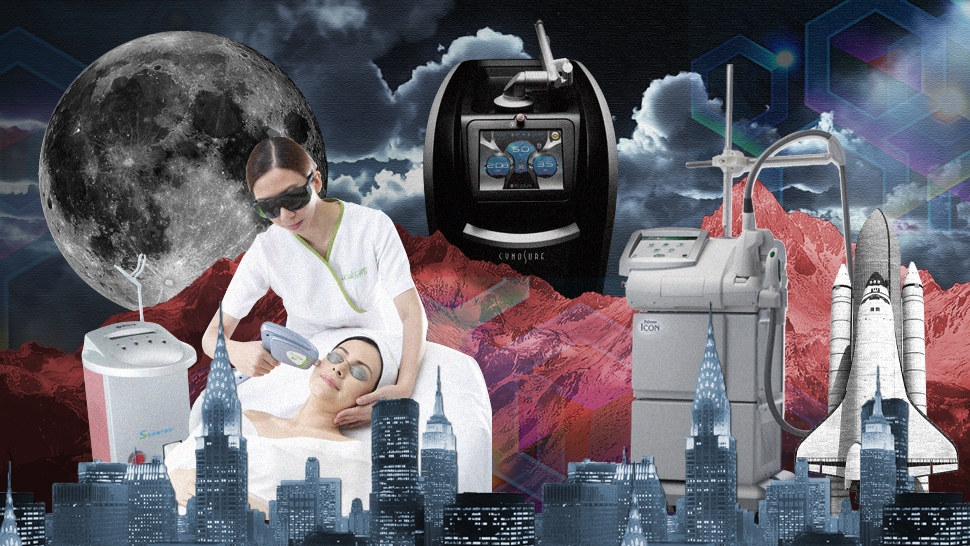 It’s never easy to choose which anti-aging procedure to try especially when practically every non-invasive treatment promises the same results: plumper, younger, smoother, spot-free skin. The key is to understand how these results are delivered through the various machines and specific techniques of Manila’s top doctors and clinics.

BEAM ME UP First, know that laser treatments have two kinds: ablative lasers, which generally scorch thin layers of the skin to vaporize them, and non-ablative (non-wounding) lasers, which target the underlying skin to stimulate collagen and tightening. Ablative lasers may treat deep wrinkles, remove warts, moles, acne scars, and other skin pigmentations with dramatic results as they remove the top layer and trigger the resurfacing of new skin. They are usually more painful, but not necessarily more intense. More popular these days, being more tolerable but requiring more sessions, are non-ablative lasers such as Pulsed-Dye Laser or PDL (for spider veins, rosacea, broken capillaries), Nd:Yag (for hair and tattoo removal, pigmentation, skin rejuvenation), and Alexandrite (for removal of finer hair, leg veins, and tattoos as well). We hear the words “fractional laser” all the time, which is actually not a kind of laser, rather a means of delivering the beams. As the name implies, it emits a laser beam that targets a fraction of the skin at a time—like editing a photograph pixel by pixel. Both ablative and non-ablative lasers can be fractionated.

LET THERE BE LIGHT Non-laser treatments, on the other hand, use light. There’s the well-known Intense Pulse Light (IPL) for hair removal, correcting skin discoloration, and tightening; radiofrequency (RF) for fat reduction, plumping, and tightening; infrared that goes deeper for stimulating collagen and addressing sagging skin without risk of fat loss; and ultrasound for skin elasticity and increasing collagen also without touching fat cells.

A laser or a diamond peel at a medical clinic may deliver far better results than one done at medispas, even when these establishments use a similar machine.

BRANDS AND CLINICS MATTER Why do machine brands matter when they all emit the same kind of laser or light? Because they differ in engineering, which affects pain level, downtime, and frequency of treatment; they differ in levels of energy, laser spot size, and pulse width, which matter in the levels of damage it can do to your skin; and most importantly, they differ in wavelengths, which matters in what you’re treating and desired results. Typically, only physicians are able to use the most aggressive and effective devices and perform these treatments. A laser or a diamond peel at a medical clinic may deliver far better results than one done at medispas or spas, even when these establishments use a similar machine. Choosing to have yours done by the right and most experienced doctors is still top priority. For instance, the most expensive non-ablative lasers that require just once-a-year procedures like Thermage and Ulthera both yield dramatic collagen production and long-term results. But if you know that Thermage, which makes use of RF, contracts fat and can permanently remove fat cells while plumping the skin, and Ulthera, which employs ultrasound imaging technology, contours the face without removing fat, you’d be able to discuss options with your board certified dermatologist on whether or not you want or need to keep your facial fat. At the end of the day, the best laser will depend on your goals and skin needs.

In the hope of giving you a crash course on the basics of laser and non-laser treatments, we break down some of the most popular anti-aging procedures available in the city according to category, promised results, and the skin concerns they tackle.

HOLLYWOOD LIFT
Best for: Sagging skin
Technology: LED light and electric microcurrents
What it is: Developed by the U.K.-based CACI International, the device offers skin rejuvenation with facial muscle toning and claims to work as a non-surgical facelift. What’s special: It uses the Wrinkle Comb which releases specific wavelengths of red or blue LED light and high-frequency electrical stimulation to activate the body’s sodium-potassium pump. “This encourages cell exchange, the release of sodium ions and collagen proteins, to plump out deep lines and wrinkles and trigger tissue repair and healing. It’s a needle-free alternative to collagen injections and other dermal fillers,” says Dr. Cecilia Ramos-Bernad. The ultrasonic peeling handpiece, on the other hand, emits 27,000 vibrations per second, which causes skin impurities to surface and dislodges dead skin cells for cleansing and exfoliating. “Ultrasonic skin peeling provides a far gentler and less aggressive method of skin exfoliation than traditional microdermabrasion,” explains Bernad, quoting CACI’s research. There’s also the Hydratone roller that also delivers microcurrents that activate the silicone gel mask applied over the face for effective hydration, and the star of the treatment, the Micro Probes handpiece for microcurrent therapy for a noticeable lifted face. “Microcurrent stimulation does not contract muscles, instead it works by a process called muscle re-education to tone and lift all 32 facial muscles,” says Bernad.
How it feels: The entire procedure is bliss, which is a good thing, as it runs for almost two hours. If not for all the gizmos used, we could easily forget we’re at a dermatologist’s clinic, as it does feel like a spa treatment.
Frequency: Once a month. DR. CRB, 1608 The Trade & Financial Tower, 32nd Street corner 7th Avenue, Bonifacio Global City; 955.2375.

SPECTRA XT
Best for: Skin pigmentation
Technology: Q Switched Nd:Yag laser
What it is: It tackles deep pigmentation problems like dermal melasma and hori nevus, which are very common in Asian skin. Most pigmentation problems are mixed in nature (epidermal and dermal). “We have had great success with superficial pigmentation with the Palomar Starlux MaxG, but this IPL platform can only go so far and we are usually left with the deep pigmentation,” shares Dr. Windie Hayano. “This is why we now have the Spectra,  which tackles all.”
What’s special: It can remove both superficial and deep pigmentation depending on the setting. It has four wavelengths, which means doctors can treat an array of problems, and the platform makes it safe to treat darker skin types. “This is a very important point because the Asian skin type is very diverse and treating darker skin is very challenging as it is more prone to burning, scarring, and dyschromias,” adds Hayano. Its wavelength can even be adjusted to remove tattoos without scarring or wounding.
How it feels: Almost a pain-free procedure. You only feel the warmth everytime the laser hits an area of the face. Treatments are quick (15 to 20 minutes) and targeted, depending on your condition.
Frequency: Once to twice a month. The Skin Inc. Dermatology and Laser Center, 304 Tritan Plaza Building, San Gregorio Street, Paseo de Magallanes, Magallanes Village, Makati.

PICOSURE
Best for: Skin discoloration, freckles, sun spots, tattoo removal, and rejuvenation
Technology: Picosecond laser
What it is: The first of its kind to use bursts of energy or pressure to tackle aging concerns and pigmentation
What’s special: As the name implies, it offers picosecond laser treatments, which means that with its smaller pulse width, quicker procedures and better results are achieved. The pulse width determines the time the laser becomes active on the skin with every pass of the device’s head, and this is important because the longer the laser hits the skin, the more damage it can cause to surrounding areas. This one hangs on for just a picosecond (one-trillionth of a second), which is more than 100 times faster than all other nanosecond technology lasers. “The great thing about Picosure is its use of pressure waves or bursts of energy on discolorations. Instead of using heat energy to break the tattoo or skin pigments like most laser machines, this one shatters pigments by ‘punching’ them, and they become like dust that your body will naturally get rid of,” says Dr. Vicki Belo. “Only ultra-short pulse durations can trigger this photomechanical effect, which means the light causes particles to change shape or disintegrate.”
How it feels: It’s a lot more tolerable than the Nd:Yag lasers we have tried before. Similarly, every strike of its beam feels like having a warm rubber band flicked over the face, but unlike the beams of nanosecond lasers that cause pain to linger even after the laser has been emitted, the pain experienced in Picosure only last as long as each pass—which is a picosecond. Belo Medical Clinic, The Residences at Greenbelt.

REFIRME
Best for: Tackling eye bags and loose skin on the face and neck
Technology: Radiofrequency and Electro-optical Synergy (ELOS)
What it is: A skin tightening treatment that also addresses prominent pores and acne scars
What’s special: “It uses the next generation technology of ELOS, a safe and precise combination of low-energy broad spectrum light and radiofrequency,” explains Dr. Shayla Valdez. “It heats the deeper layer of the skin, warming the tissues beneath and enabling the collagen and elastin to contract. When this happens, the contraction results in more rapid production of collagen and elastin, which are responsible for an overall improvement in skin elasticity and tone.” The ELOS technology is considered by skin experts as “color blind,” meaning the treatment is absolutely suitable and safe for all skin types. It only treats the necessary areas of the skin and leaves the surrounding healthy skin untouched.
Frequency: Five treatments are ideal for best results, which may be done once every two to four weeks. Marie France, 16/F RCBC Center, corner 25th and 26th Streets, Bonifacio Global City.

ICON
Best for: Wrinkles and fine lines, pores
Technology: Non-ablative erbium glass laser
What it is: A more powerful fractional laser with a built-in skin color reader. This extra device can determine the average darkness of the skin prior to treatment and can recommend treatment parameters for the doctor to consider to make treatment of darker skin types, which are more prone to damage, safer. It can also track improvement in skin color because it can store patient information directly in the machine’s built-in computer.
What’s special: Icon features special microlenses for high speed non-ablative fractional resurfacing with increased surface coverage, allowing greater penetration into the skin and faster treatments. This is made by Palomar, known for its lasers with non-ablative features, so most patients experience minimal to zero downtime.
Results: Smoother, plumper skin can be seen even with one treatment and “for fine wrinkles and pores, I still think this is the best facial rejuvenation option,” says Hayano. The Skin Inc. Dermatology and Laser Center, 304 Tritan Plaza Building, San Gregorio Street, Paseo de Magallanes, Magallanes Village, Makati 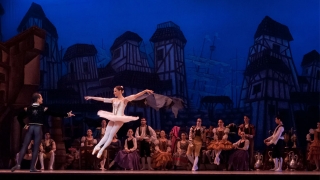 10 Ways to Enjoy the Arts, According to Lisa Macuja-Elizalde
All Photos
Comments
View As List