Hans Brumann says he can design anything, including this collection of mother of pearl artworks. 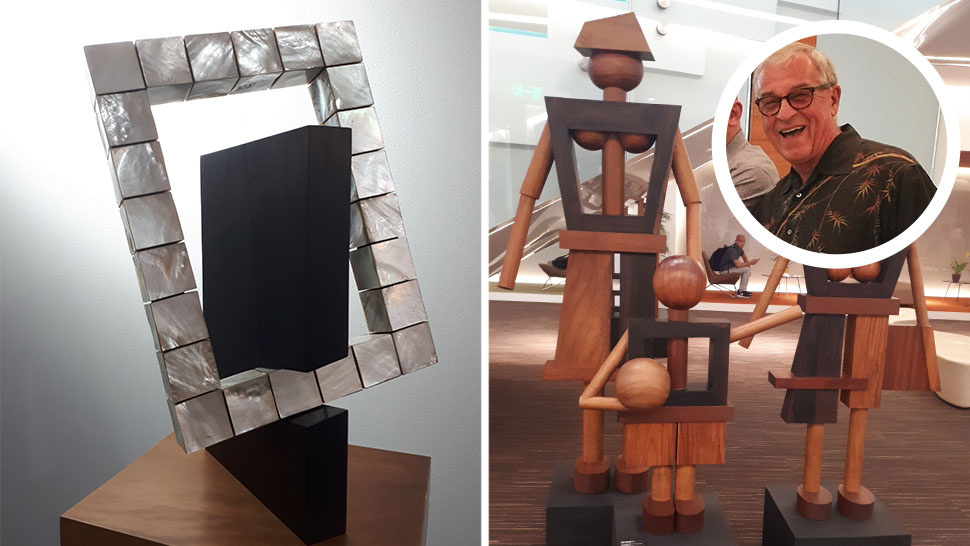 Almost two decades ago, jewelry designer Hans Brumann decided he needed a nice display for his jewelry store. Instead of purchasing an elaborate display piece from an art gallery or department store, he created his own with a sackful of shells he had been given as a present. Little did he know that this hobby would turn into a blossoming business and that this mode of artistic expression would provide him with another avenue for exhibitions.

Last week, Brumann opened “Variations in Mother of Pearl,” an exhibit at the gallery floor of Globe Tower, which Globe President Ernest Cu prides on filling with art and creative spaces.

As for that first piece? says had kept it for himself until a client who couldn't get enough of his works persuaded him to sell it to him after commissioning him to make another sculpture. 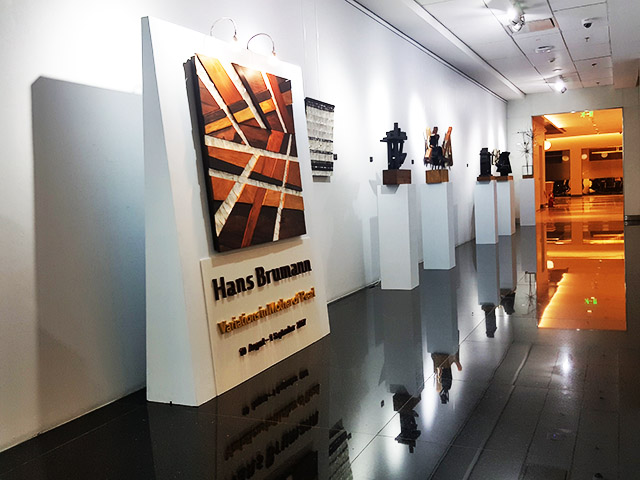 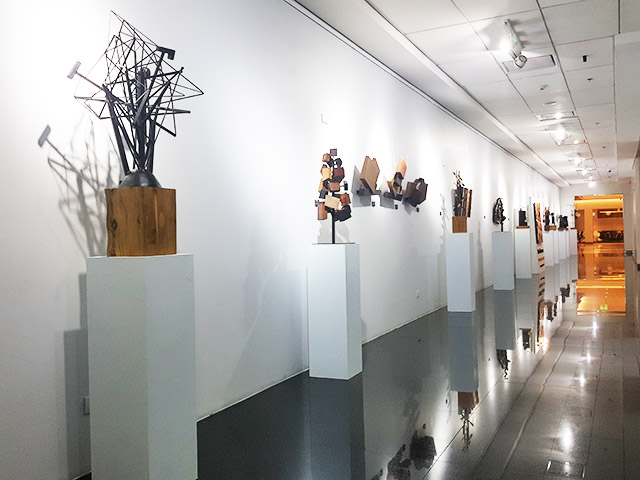 In partnership with the Hiraya Gallery, Brumann's current exhibit explores the use of unconventional materials such as , , and juxtaposed with delicate mother of pearl, painstakingly carved, smoothened, and polished. His works strike a balance between the rusticity of wood and the elegance of the mother of pearl.

“To see an idea become a reality is what I like most [about being a designer],” says . The Swiss designer has been living in Manila for the past 50 years and is known for crafting elegantly designed fine jewelry pieces. 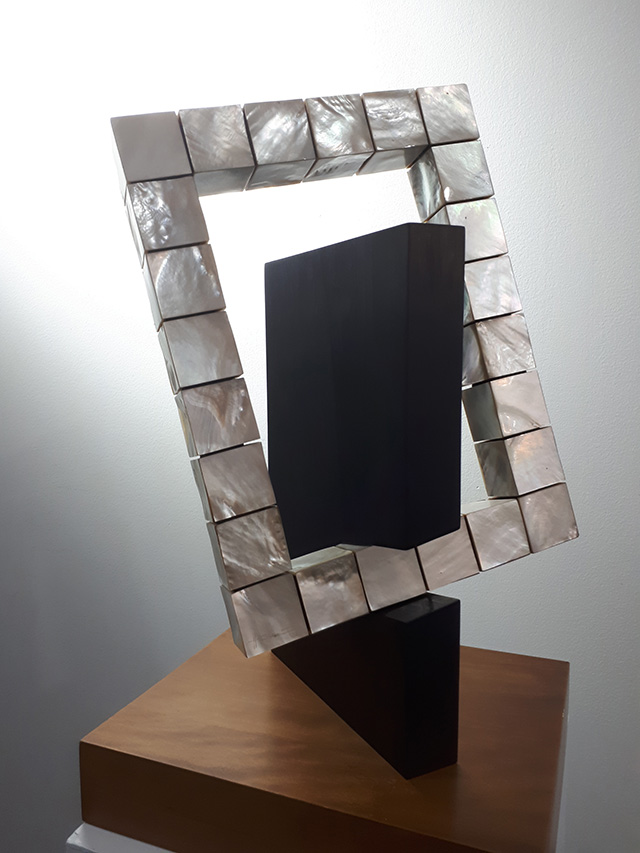 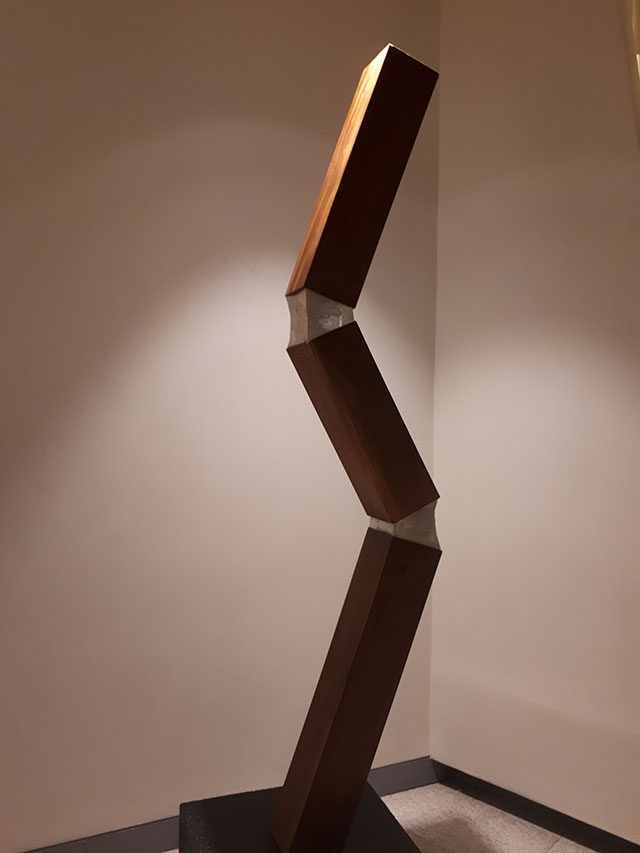 “I brand myself as a designer and I can design about anything actually, except for cars,” he says. His singles out a piece made with wood as one of his favorites, as well as one that focuses on a barong-barong. The pieces are of superb quality, every edge carved to perfection and every use of gleaming mother of pearl purposeful. Mother of pearl, which the designer says should not be confused with capiz (which is thinner and more porous), remains special to him because of that first sculpture. 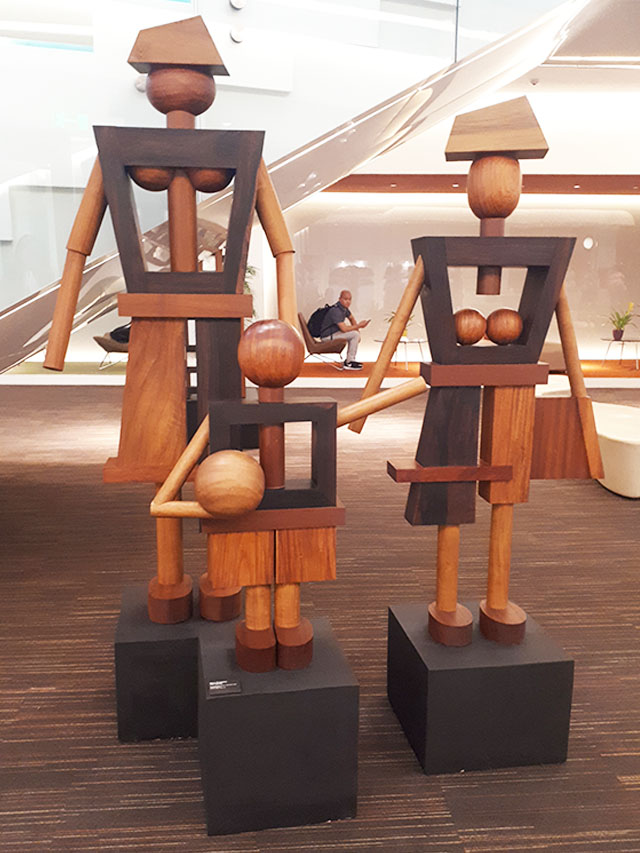 One of favorite pieces from the exhibit 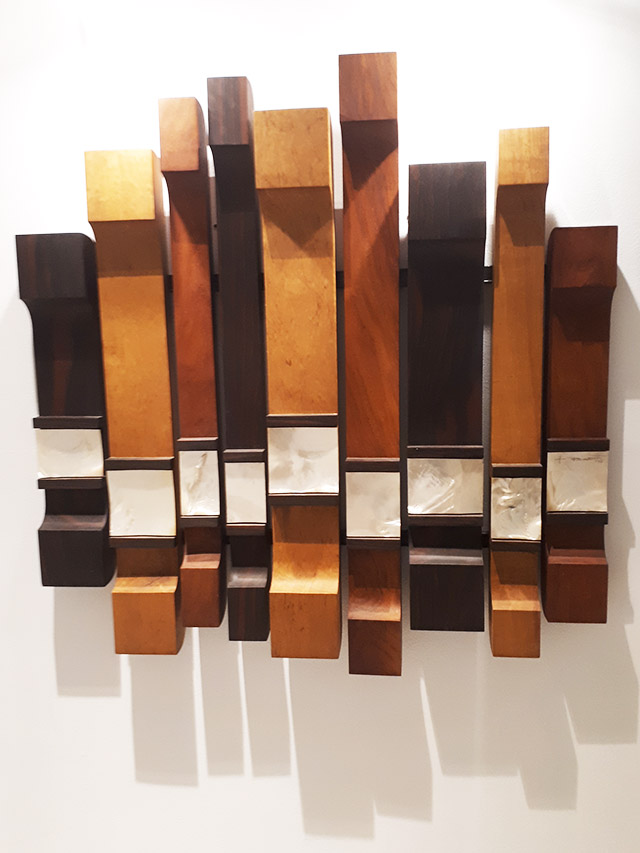 Brumann's next project is the re-opening of his jewelry store at Power Plant Mall’s new wing. He’s also anticipating his year-end jewelry exhibition in December, which will be called “Blonde,” using yellow diamonds.

"Variations in Mother of Pearl" will run until September 1 at the Globe Art Gallery in Bonifacio Global City. 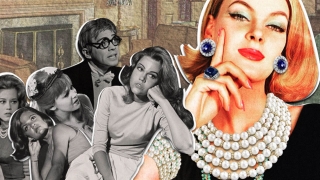 Believe It Or Not, There's a Right Way to Brag. Here's How. 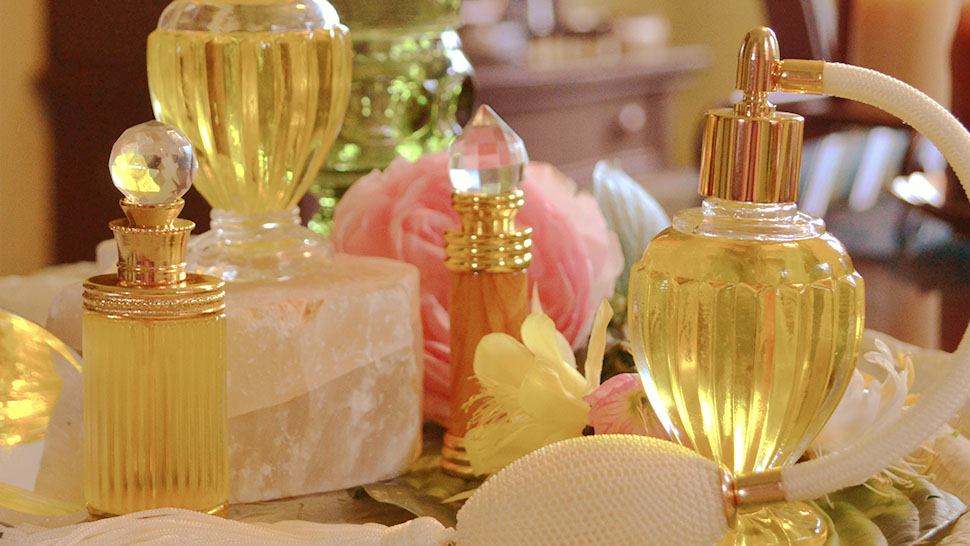