If you’ve ever been stuck in traffic, you might have tried to go faster by tailgating the car in front of you. Instinctively, you probably know that tailgating doesn’t help you get where you’re going any faster, but it’s hard to overcome that urge to drive as close to the car in front as possible.

New research from MIT's Computer Science and Artificial Intelligence Laboratory not only confirms that tailgating doesn’t work, but demonstrates that it actually makes the situation worse. Tailgating triggers traffic jams and makes traffic move more slowly. As an alternative, the MIT researchers suggest the best course of action in traffic is to maintain an equal distance from both the car in front of you and the car behind you.

This idea—driving far apart from the cars in front of and behind you—is called bilateral control, and if everyone adopted it we could almost completely eliminate traffic jams. Even at an individual level, “driving like this could have a dramatic effect in reducing travel time and fuel consumption,” says researcher Berthold Horn.

Keeping an equal amount of space between your car and the cars in front and behind you dramatically reduces traffic jams.

The problem is that all driving, even on a smooth highway, has kinks that can interrupt the driving experience. These ‘perturbations,’ as Horn calls them, can be anything from an animal crossing the street to a sudden lane change to a driver unexpectedly braking. If cars are too close together, these perturbations can add together into a gigantic traffic jam.

“Our work shows that, if drivers all keep an equal distance between the cars on either side of them, such ‘perturbations’ would disappear as they travel down a line of traffic, rather than amplify to create a traffic jam,” says Horn.

Of course, asking drivers to pay attention to their bilateral control is easier said than done. Instead, the researchers suggest that auto manufacturers add rear-facing sensors to cars and update their adaptive cruise control software. According to the study, if only a small percentage of cars used this feature it could dramatically reduce traffic jams.

Hopefully automakers will start including rear-facing sensors on their cars in the future. In the meantime, try not to tailgate, no matter how much you want to. 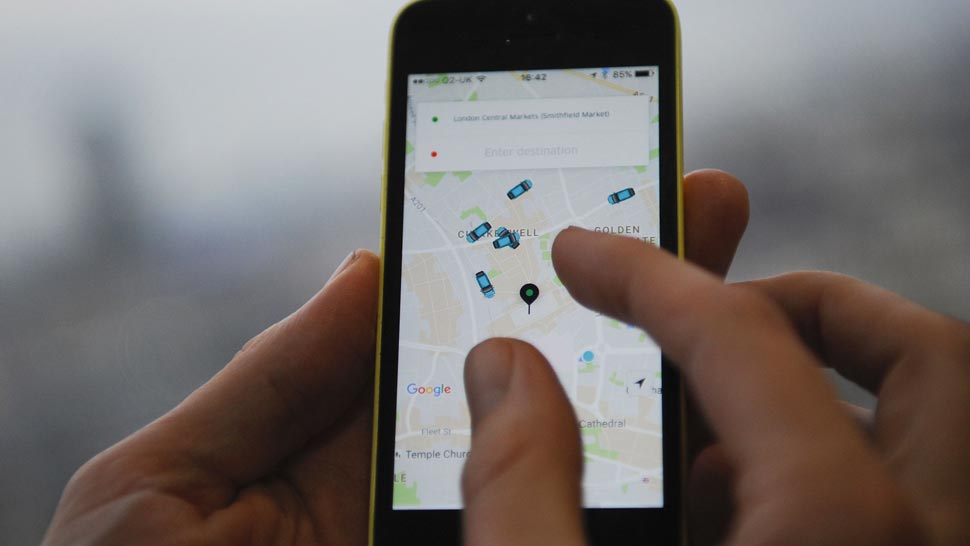 Why Has Booking Uber Been a B*tch Lately?