Is the Scrambler the Everyday Ducati?

Can the 1,100-cc Ducati Scrambler be your daily ride?

Daily driver. It’s a general term used for anything that you use regularly—comfortable, easy-to-use, forget-it’s-there item. That’s why you won’t usually find Ducati and daily driver (or rider) in the same sentence. Ducatis are generally performance machines that are more often used during the weekend or special occasions. Yes, they’re among the most gorgeous bikes you can buy, but there are plenty others that are more comfortable and easier to use. So, when I got to test the 2019 Ducati Scrambler 1100, I didn’t exactly expect much. But I was pleasantly surprised.

Getting to Know the Ducati Scrambler

The Ducati Scrambler seems like it has been around for a long time, right? Well, yes and no. The original Ducati Scrambler came out in 1962, almost 60 years ago. The first Scramblers were built to race and go off-road and it debuted a gorgeous design that’s very similar to what we see today. It was a do-everything bike: you can race with it, use it on the road, and take it on trails on the weekends. But despite the huge success of the versatile bike in both in the US and Europe, Ducati stopped production of the Scrambler in 1975.

Fast-forward to 2014, and the Ducati Scrambler resurfaced. It featured much of the same design cues as the original but came with all the modern tech available, putting it squarely in the “modern classic” category. The new version, while still capable of dealing with light trails, is more about road manners and style. In car terms, the new Scrambler is more Mazda CX5 (crossover frame with better refinement) than a Toyota Fortuner (a heavy-duty, pickup-based frame.)

Fast-forward again five more years and we have the 2019 Ducati Scrambler. Ducati Philippines offers Scramblers that are generally divided into two categories: the 803cc and the 1100cc. They come in various trims and I was handed the keys to the base-model Scrambler 1100 (there’s also higher-end Special and Pro models) in the same yellow color as the original ’62 Scrambler. Being a 1100-cc bike, I expected it be a lot taller but at 31.9cm it had a very reachable seat height (I stand six feet) and the riding position, as expected in Scramblers, is a very upright and relaxed one.

Standing still in the straddle, I certainly felt its 417lbs (dry) weight, but as soon as a I started moving, it somehow…disappeared. Scramblers are known for their superb handling, and the new 1100 is no exception. Riders who like to singit or weave in and out bumper-to-bumper traffic will be very happy because it’s very nimble and easy to maneuver around our heavily congested streets. The fact that it has a very slim profile for such a powerful bike only adds to its usability in the Metro.

Make no mistake, however—this is one very powerful bike. That 1100cc engine produces 86 horsepower and 88Nm of torque. What does that mean? I’m not sure about the technical explanation, but suffice to say, the throttle kick can throw you off the bike if you’re not careful. It jumps out at the slightest turn of the throttle and will give you power at almost the entire rev range. This means you can overtake almost anything on your path, save perhaps for those pesky sports bikes.

All this power might have made the original Scramblers instant death rockets, but the modern ones come equipped with suspension and brake systems that give you peace of mind. The 1100 comes with Brembo brakes and cornering ABS (anti-lock braking system) which makes the Scrambler extra stable even when taking on corners at faster-than-normal speeds. I personally thanked the brakes (I actually talked to them) after a not-too-bright car driver suddenly braked hard for no reason in the middle of NLEX. The pre-loaded and rebound adjustable suspensions are a boon for your bun as it runs over potholes in EDSA like they weren’t there (the higher models I assume are even better with their Ohlins setup.)

The Scrambler is also well-poised on traffic-free highways. While we certainly don’t advocate overspeeding, it’s very stable at speed, with negligible wiggle on the wide handlebars. The relaxed riding position will leave you well-rested even after long rides, so go ahead and plan tat trip to Bagiuo or La Union.

A modern bike wouldn’t be, well, modern without tech. New Scramblers have LED daytime running lights and turn signals, a bright LCD panel with fuel gauges as well as an adjustable hydraulic clutch, to list a few. It also has traction control and three riding modes, though I left both in default so I can really get a feel of the stock settings.

The riding experience might be a necessity, but those who buy a Ducati also want their bikes to look as good as it performs. The Scramblers, while not as flashy as the Panigale or even the Monster, certainly commands attention. Not everyone can relate to sports bikes, but Scramblers have that aura of being cool and useable at the same time. Hey, if it’s good enough for Tom Hardy in the Venom movie, who are we to argue? And it sounds oh-so-good, too!

No bike is perfect, and the Scrambler does have its quirks. For one, its fuel efficiency leaves a lot to be desired, partly because it’s more powerful than subcompact cars and partly because you’ll always want to rev it up. The heat, though uncomfortable at idle, is tolerable and a lot better than Scramblers of the past. I got stuck in traffic multiple times going to BGC from Quezon City, and not once did I feel the need to turn off the engine even after three to five minutes of being idle. You’d have to shift in your seat a little if you ever get stuck that long, but once you get moving again, even just a little, then you’ll forget about the heat.

All this refinement comes at a cost, which brings us to probably the Scrambler’s biggest challenge: price. Starting at around P900,000 plus, with the top-of-the-line models going beyond a million, the Scrambler 1100 is far from cheap. It’s strictly in the I-already-have-other-bikes-or-cars category. The 800cc models are a bit more attainable at around P700,000+, but if you want the best, you really need to pay up.

For lovers of motorcycles, this can really be a big dilemma. The Scrambler 1100 can really be an everyday bike, it’s that good even with its issues. But the issue about price is a big one, something that can be alienating to regular folk. But then again, you don’t go buy a Ducati because it’s affordable. You go for it because you want it, and the Scrambler 1100 certainly justifies that want. 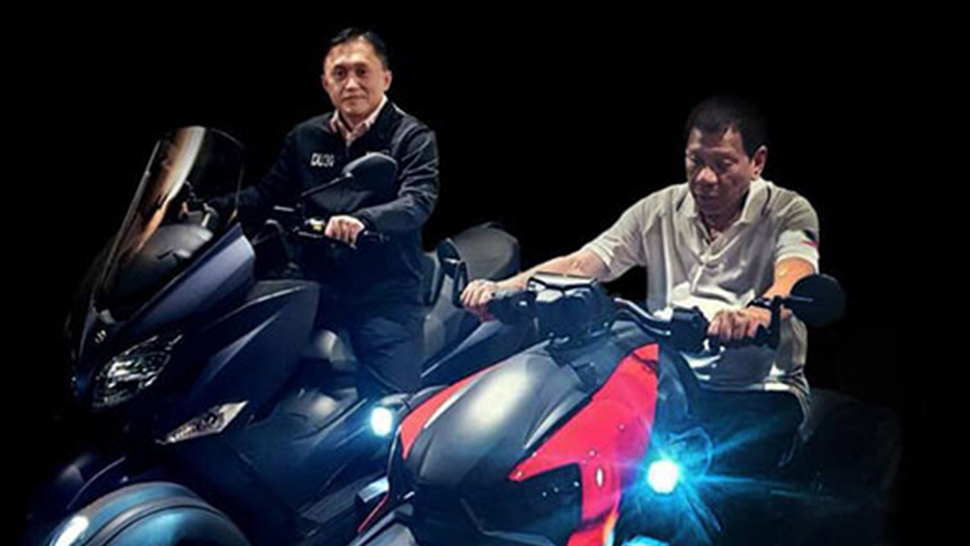 Can You Guess What President Duterte's Latest Ride is?
All Photos
Comments
View As List