Bibingka Cheesecake? Yes, It Exists Thanks to Deli by Chele 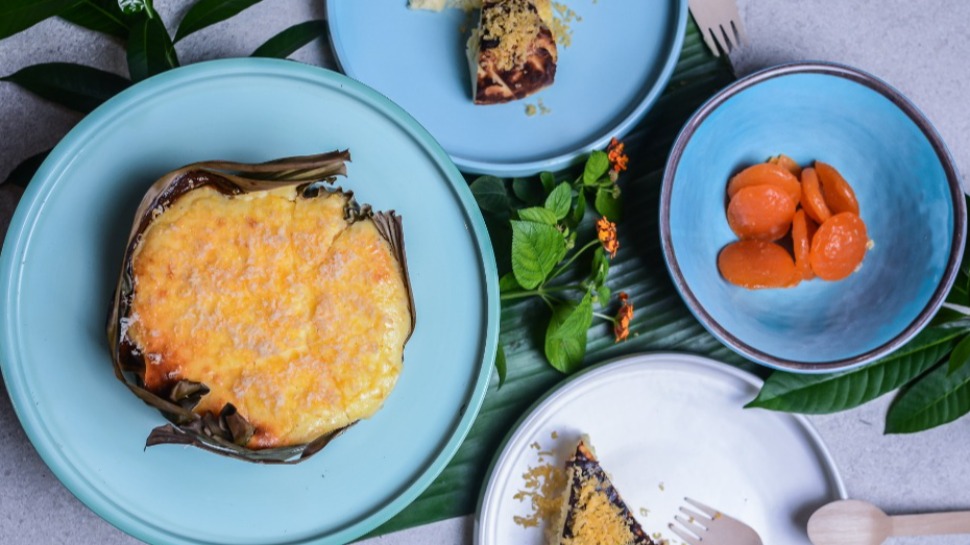 The long and winding narrative between Spain and the Philippines is a well-known saga, spanning three centuries and stamping itself onto several history books. Time spent this way makes for a rich array of influences—especially when it comes to an everyday need such as food. These cultural exchanges have led to many food ideas and debates, including one over the famed adobo.

Still, having a well-rounded local cuisine is a treat in itself. But it can leave local chefs wanting to rely on what dishes are already available instead of trying new techniques. What comes of this is a set of plates that holds nothing more than the usual. However, Deli by Chele’s latest creation, Chika, is anything but typical.

The online deli revolves around a philosophy that puts importance on responsibly sourcing ingredients as well as using local produce. It aims to do right by its customers as well as the environment. The restaurant has also partnered with several local farmers and producers, and it has come a long way from where it began. What initially started as a test kitchen known as StVdioLab now brings expertly crafted artisanal products straight to people’s homes.

It was in exploring combinations between different cultural cuisines that the restaurant unlocked new dishes. “We are learning as much as we can, not only about the best ingredients from here and abroad but also about how unique our culinary heritage is,” said Carlos Villaflor, Deli by Chele’s co-executive chef.  “What we have learned has opened our eyes to the relationships between cultures, food systems, and the world we live in. The richness of our culinary traditions is where we play.”

This mindset is exactly what propelled their new dish, Chika, to be brought to life. As the name suggests, the innovative creation is a mix of bibingka, the classic holiday go-to, and Basque cheesecake, a dessert with origins from Europe. It was when Villaflor traveled to Basque that he learned the techniques needed to craft the cheesecake, which he applied to his new concoction.

Of the Filipino Christmas snack, the chef said the following: “I love bibingka. For me, a warm bibingka, wrapped in a charred banana leaf brings up happy memories, celebrating the holidays with family and friends. There are a few things more Filipino than that.”

The challenge, then, was being able to keep what everyone loves about the traditional bibingka while offering something different. Villaflor decided to use the ingredients for the holiday dish while combining it with the techniques applied to create the Spanish cheesecake.

As a dish, Chika shows exactly how intertwined food and culture are. The rich history between Spain and the Philippines is not merely a thing of the past, but also a possibility for inspiration when it comes to breaking barriers in cuisines as we know them. Ultimately, Chef Villaflor has hope for the unique cake. “I hope Chika brings happiness,” he said, “not just during special days but also when you just want to share some joy and comfort with the people you love.”

Chika comes in a 6.5-inch cake priced at P960, plus shipping. All orders for Deli by Chele are transacted through its website, with scheduled deliveries every day and convenient payments through debit and credit card as well as GCash. There’s also a free delivery deal for single-receipt orders that go above P2,900. You can order it here.