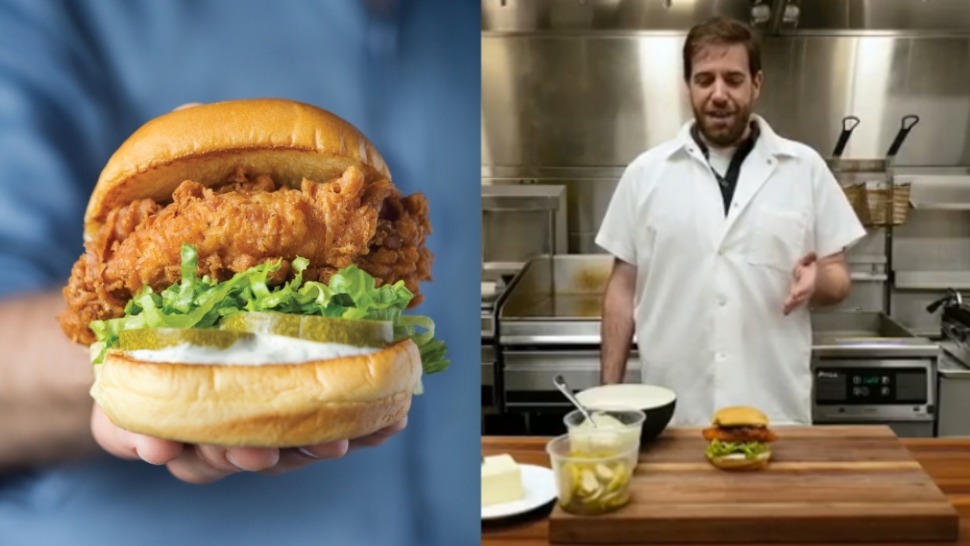 Want to know more about the Chick’n Shack, your new lunchtime obsession that debuts on July 10, Friday, at Shack Shack in Central Square and Mega Fashion Hall?

Shake Shack culinary director Mark Rosati shares some—not all—of the secrets of the chicken burger in a video made expressly for hungry Manila fans. “It was a very daunting process because, to create something that will live up to the hype of the Shack Burger, is very, very hard,” he says from Shake Shack’s innovation kitchen in New York. Nevertheless, Rosati sums up the magic of the Chick’n Shack in three steps:

1| First, the chicken breast is slow-cooked until it's “very, very tender and soft.”

2| Next, the breast is tossed in flour and fried until crispy.

Rosati notes that the secret sauce “is a mixture of all these different herbs that highlight the flavors of the chicken, which makes it that more delicious.” And a little digging around leads to what’s really inside that buttermilk herb sauce: chives, parsley, thyme.

Sound’s simple enough, but we’re pretty sure there’s more to the popular chicken burger, which launched in 2016 in the U.S., than frying an antibiotic-free breast and then dousing it in mayo mix.

“It’s about providing a simple, pleasurable, uncomplicated experience, but with high-quality, responsibly sourced ingredients,” says Rosati. “...Since we introduced the Chick’n Shack in Brooklyn, guests have been asking us to bring it to all Shacks, and we couldn’t be more excited to finally do so in the Philippines.”

Take that as a challenge to recreate the Chick’n Shack at home. Or, if you're not in the mood to take up another quarantine project, just ring up Shake Shack and have it delivered to your doorstep. Easy.