10 Subic Restaurants for Your Next Road Trip

Head up north for your dose of unique food finds 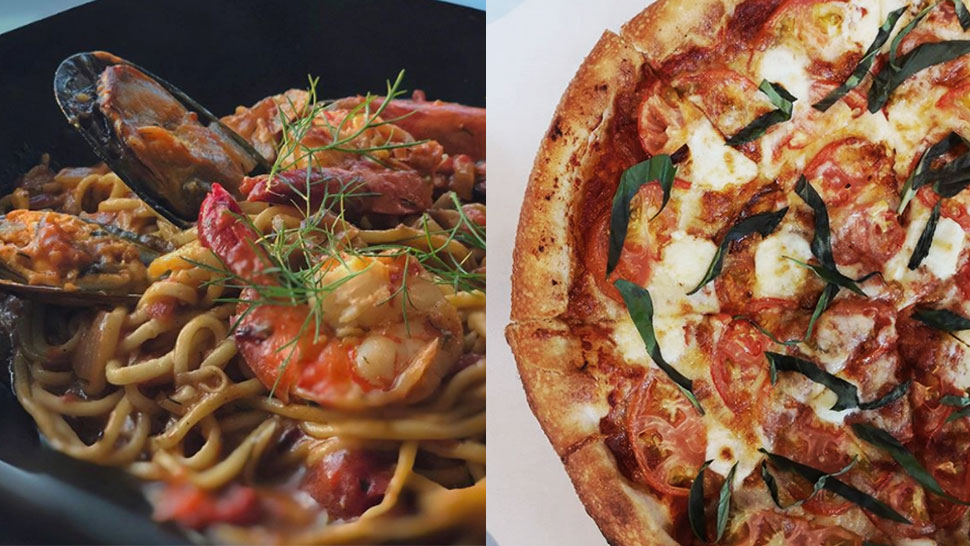 The Metro Manila bustle has gotten us dreaming of weekend escapes that appeal for the charm they promise: a change in scenery and routine, a relatively peaceful hours’ worth drive, and a culinary experience unlike any other. Sure, there are many getaway options that meet these metrics, Tagaytay and Antipolo included, but many may have forgotten about the budding food hub up north, the Subic Bay Freeport Zone.

While we all know that Meat Plus Café has long been synonymous to Subic food trips, the popular steak stop was excluded from the list following the launch of its Manila branch in July 2019. Read on for our unranked round up of restaurants unique to the area that will continue to remain top of mind when a gastronomic road trip is in order.

Noted for its mouthwatering, fall-off-the-bone ribs is American-style smokehouse Texas Joe’s. The gastropub takes on the form of a typical Wild West saloon through and through, from the decked out interiors, cowboy-inspired server get-ups, and honest-to-goodness meat selection. It’s the smoked meats that are the lifeblood of Texas Joe’s, of course, and we like that these are complimented by a spectacular wind down scene completed by bar tops, a pool table, and widescreen TVs. While the pub sets the tone for a fun night out with the boys, it’s also becoming a fast favorite among groups who come to dine with children.

It’s been a couple of years since Subic-born Aresi Restaurant & Bar closed down its Manila branch for good, and if not for its original branch in Subic still hanging around, it would’ve been among the restaurants from yesteryear that we miss the most. Today, it remains a top option for quality food and fine wine when one is up for a long-drive food trip, and rightfully so: at this all-day dining outfit, there’s definitely something for everyone at prices that won’t break the bank. Best known for its Italian dishes, Aresi has become a staple for affordable fresh seafood, pasta, and pizza.

This multi-cuisine bistro is among those noted for elevated comfort food. Find at Rali’s a wide selection of specialties around the globe – from Asia to America to Europe – which come together in a delectable dining menu that they change up from time to time to keep patrons excited about the next best food discovery. As the restaurant has found its sweet spot near the bay, it keeps to its cozy and intimate setting, which sets the perfect backdrop for family gatherings, romantic dates, and business meetings. It’s also become a go-to for happy hour (Sundays to Fridays, from 4 to 7pm) when fans score not only great deals on cocktails and tapas, but a breathtaking sundown view.

Patrons usually flock to Xtremely Xpresso for a round of frappuccinos and afters, but it has become quite a fixture for one’s dose of all-day dining options (read: omelettes, pizza, sandwiches, and a range of entrees for every fancy). Over the years, it has successfully established itself as a one-stop shop, housing not only a café, but a pastry counter and a deli where an assortment of breads, cheeses, sausages, cold cuts, and wines await.

It was in 2014 when another one of Subic’s multi-format food stops entered the local dining scene, operating as a restobar, delicatessen, and meat shop rolled into one. Find here freshly baked breads, pastries and ice cream, brunch options, imported meat products, and an array of charcuterie, wines, and beers sourced from over 200 imported brands. Urban Deli has also become a popular option for in-house and off-premise catering services where one is given free rein to customize menus to their liking.

Rustan’s Corporation’s best bet for a restaurant-cum-deli in the heart of Subic is Gourmet Garage. Its dining space is open from breakfast to dinner, and has become home to an intercontinental spread consisting of Mediterranean, Asian, and Neo Filipino dishes. The ingredients used in their culinary offerings can be purchased at their well-stocked deli, where one can also delight in a collection of atypical imported goods and other fun kitchen finds.

This Asian fusion restaurant’s fried rice and Thai BBQ chicken have people raving, but Coco Lime proves it has so much more up its sleeve. While its menu is predominantly comprised of Thai and Filipino specialties, it has managed to throw in a couple of Japanese, Chinese, and Indonesian surprises showcasing its impressive range in one go. For Coco Lime first timers, the bagoong or pineapple rice ought to be good entry points, and these can be paired with fresh-off-the-grill meats and a refreshing cooler for a dining experience that’s one for the books.

The folks behind Meat Plus Café are to thank for Chef Samurai, which celebrates the distinct profiles of traditional and modern Japanese cuisine. It’s clear that the concept restaurant has the staples down pat (they have the usual maki, sashimi, ramen, and tempura selection), but it has welcome additions in its repertoire that surprises, and then impresses: Japanese-inspired sliders and spaghetti. We know it’s easy to binge on Chef Samurai’s appetizers and mains but do save space for a helping of their Fruit and Red Bean Snow, their take on the Filipino delicacy, halo-halo.

A post shared by SAKURA JAPANESE RESTAURANT (@sakura_japanese_restaurant_ltd) on Jun 26, 2017 at 3:42pm PDT

Not to be confused with Manila-based restaurants of the same name is Subic’s very own Sakura Japanese Restaurant, which has been around since the 90s. Sakura is the brainchild of Sachiko Hirono whose primary objective is to offer a piece of Japan in the local dining scene. Two decades in and Sakura has maintained its commitment to authenticity, from its fresh food lineup, to its liquor collection, and down to the tiniest intricacies like manga touches across its dining space.

It’s no surprise that Flavor and Aroma Food and Beverage House is among the preferred pit stops before one heads back to Manila. After all, this quaint coffeehouse has sufficient ammo for the drive back, and it comes in the form of one-of-a-kind cakes, freshly baked pastries, and a comprehensive lineup of drinks. Do keep your eyes peeled for Flavor and Aroma’s seasonal offerings, which have since included smoothie-bubble tea mixes, ice cream cakes, and coffee and waffle bundles.